Somewhere on the banks of a river near Bremen, two old gravel barges can be found. No historical information is available, but the proximity to "Valentin" - the largest free-standing bunker in Germany - suggests that the gravel pit was originally used to provide sand and gravel for the gigantic bunker's construction. After the war, the operation of the gravel pit may have been continued for the necessary reconstruction of the surrounding towns and villages, but there is no evidence to support this assumption. 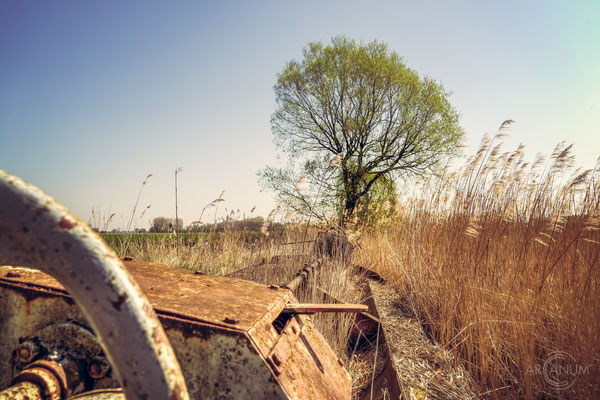 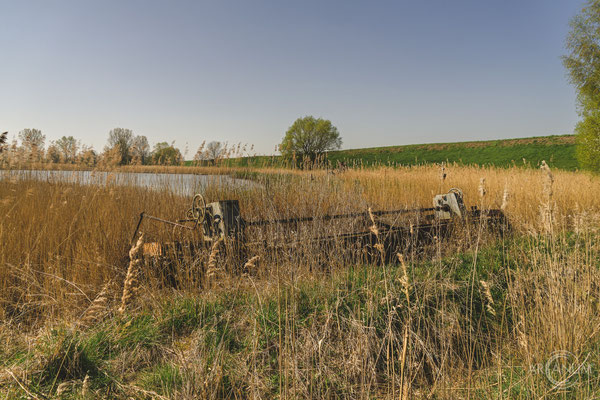 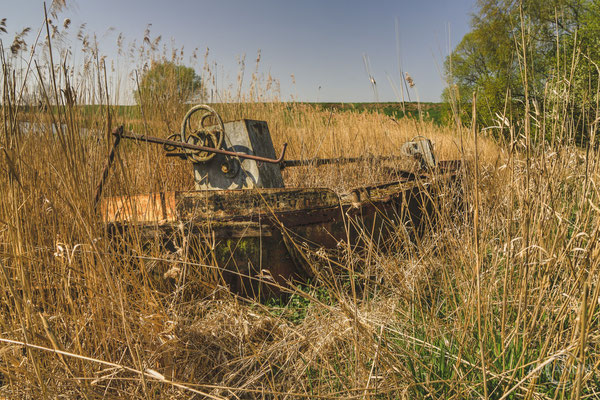 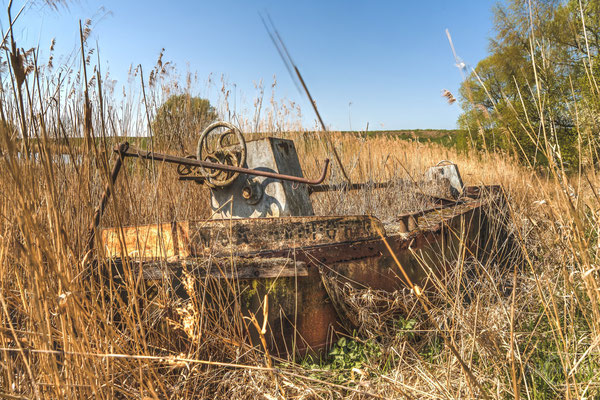 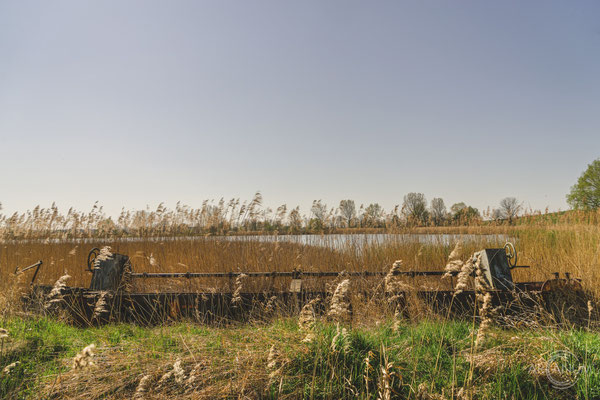 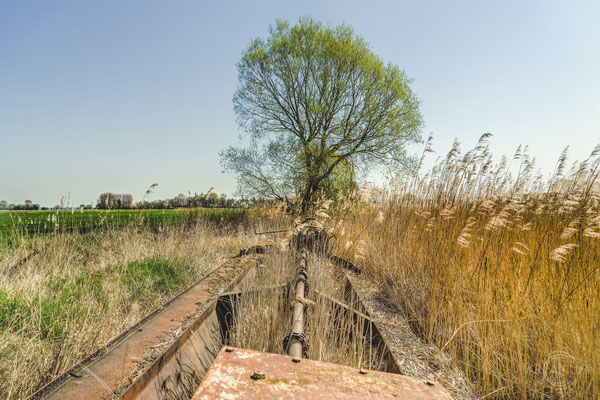 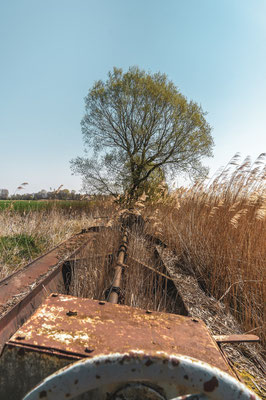 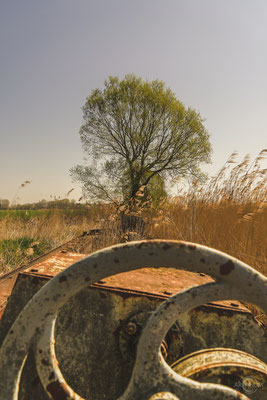 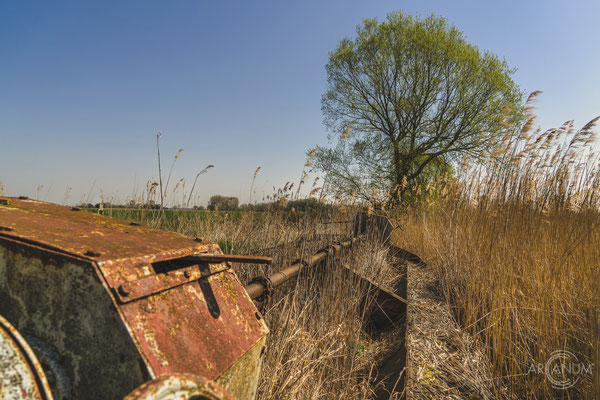 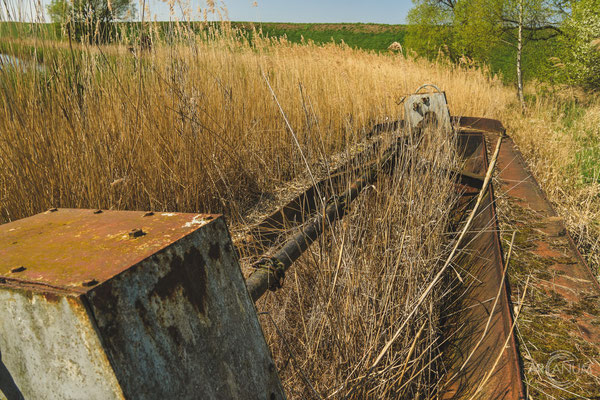 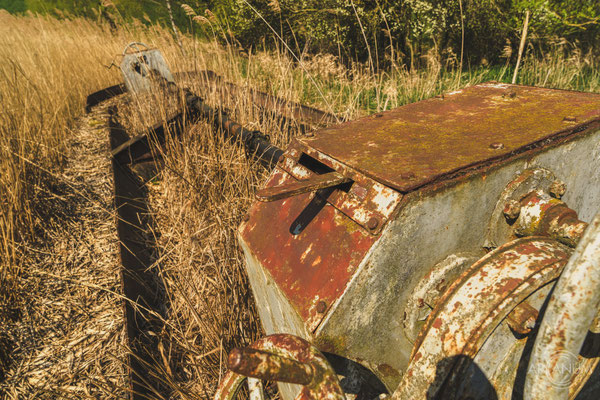 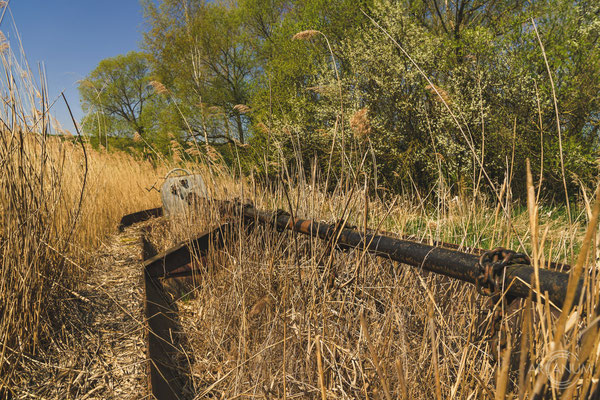 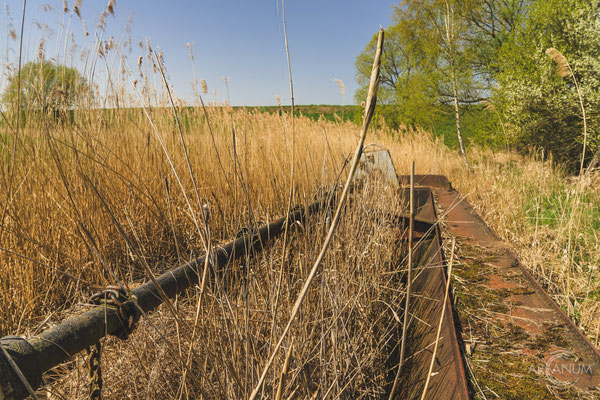 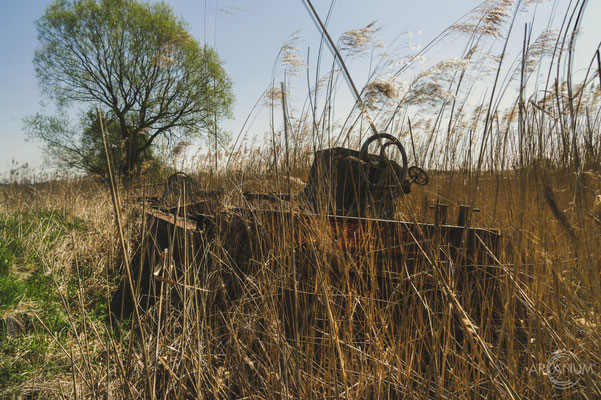 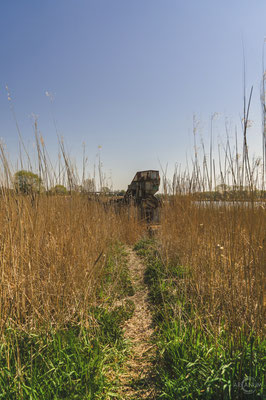 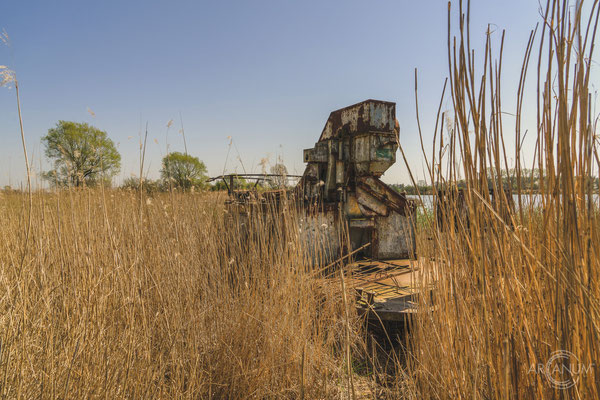 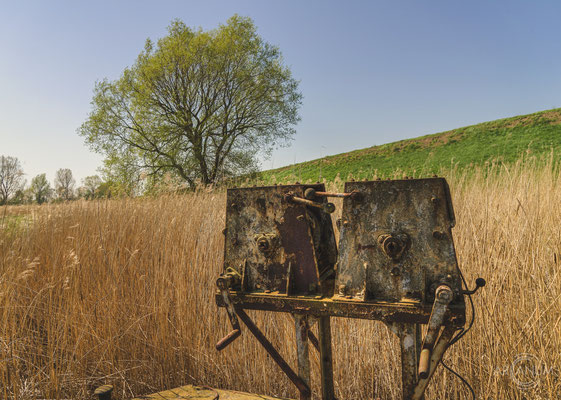 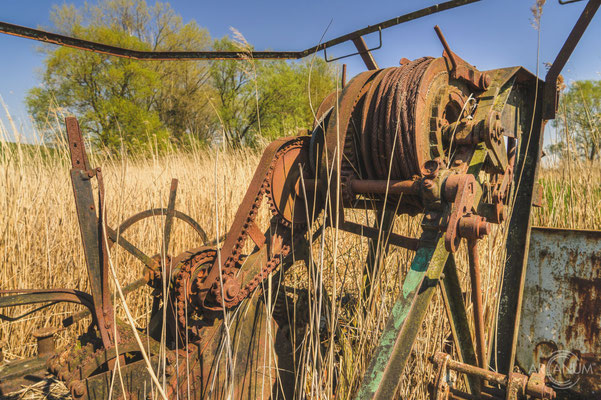 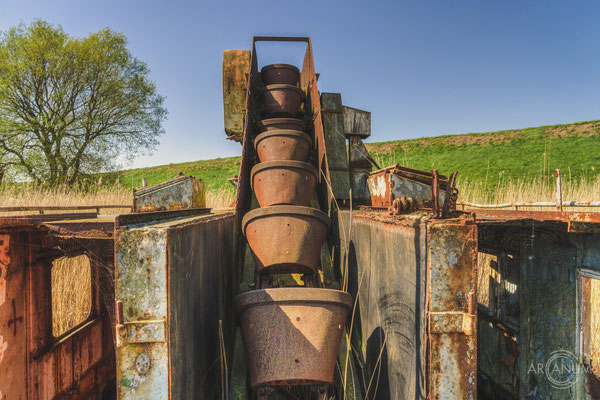 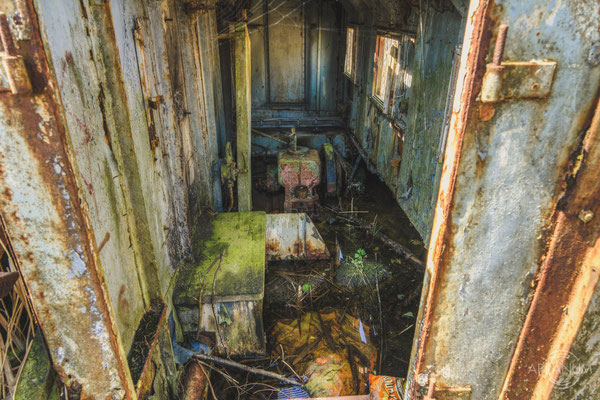 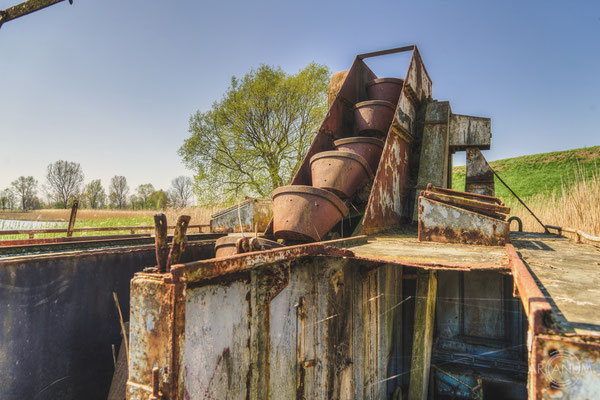 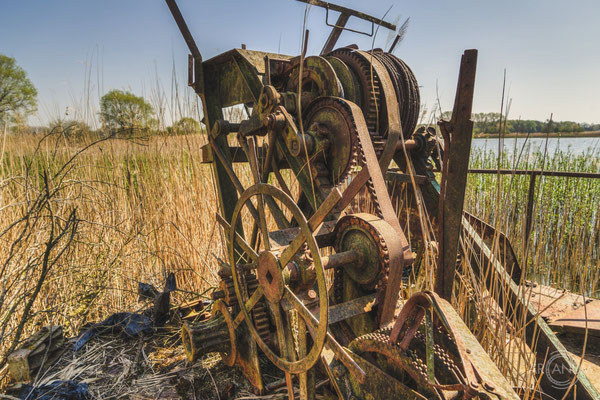 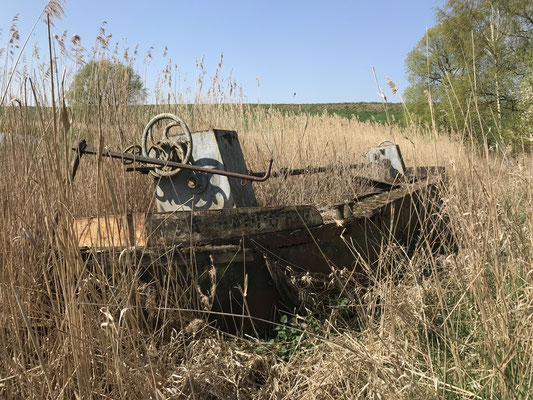 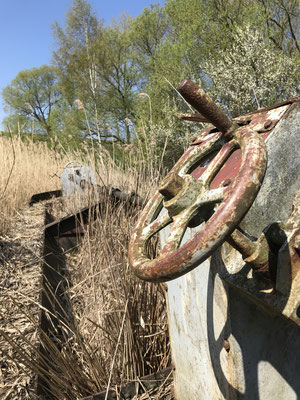 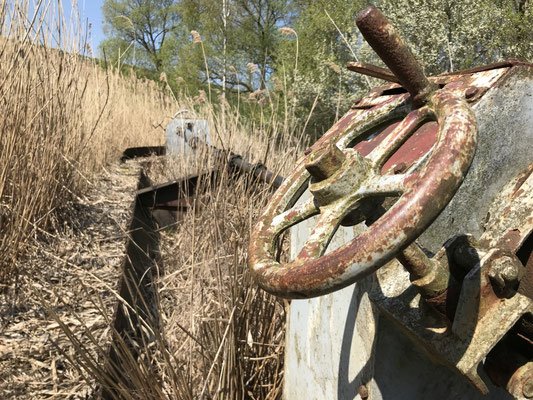 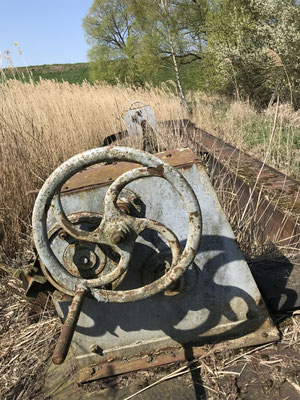 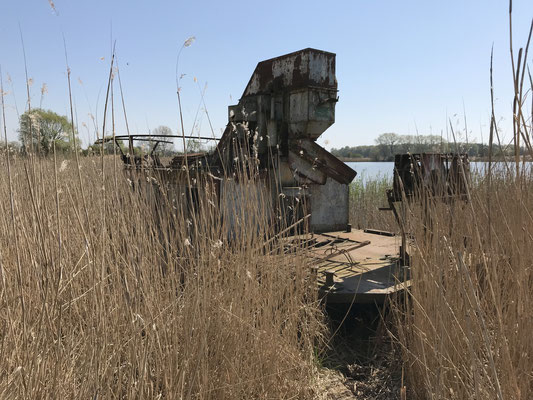 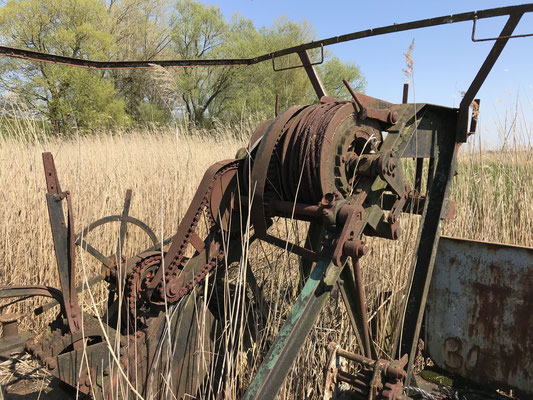 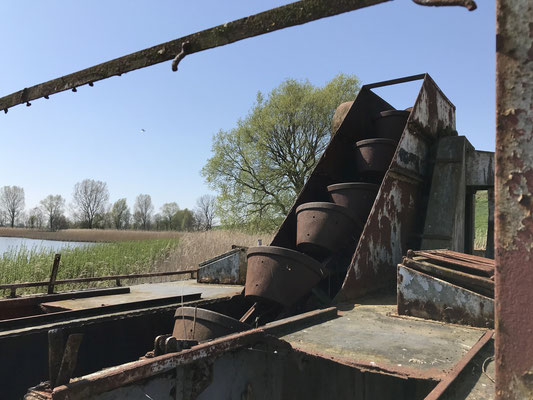