This abandoned amusement park in Denmark opened some time in the 1980s. It was primarily an attraction for families. It offered simple water slides and cycle paths as well as small rides like a motorized carousel. Designed for good family fun, it was a popular place with prices that were affordable for everyone.

The park closed 2007, when the owner went bankrupt.

In 2008, rumors came up that the park was going to be re-opened by a new investor as a theme park for the Danish writer Hans Christian Andersen, but this plan was obviously never realized.

Today, the only guest this place has are urbexers and teenagers. 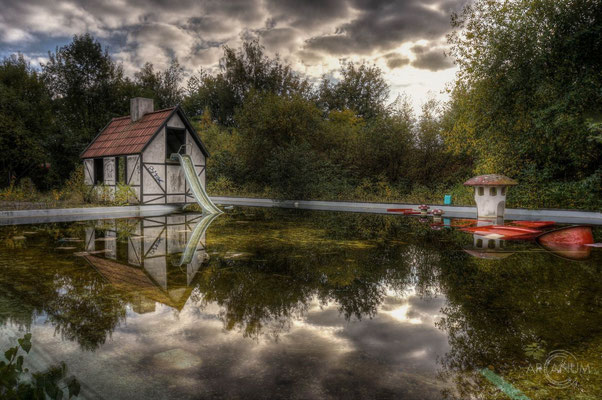 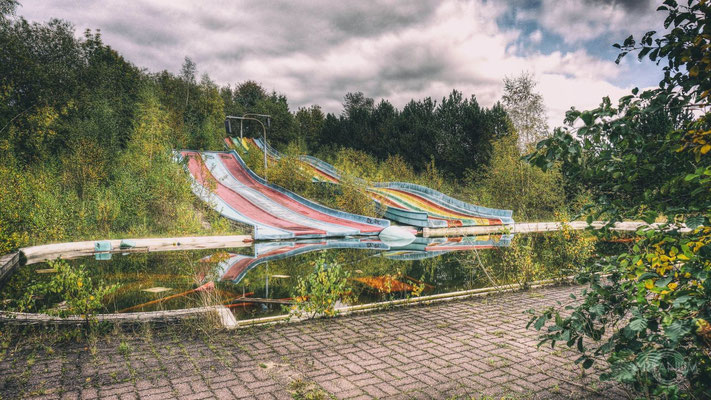 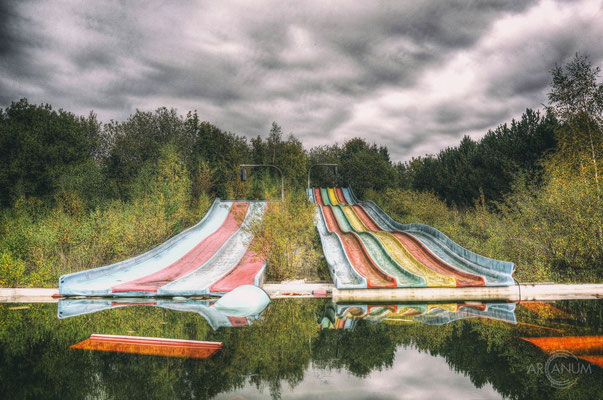 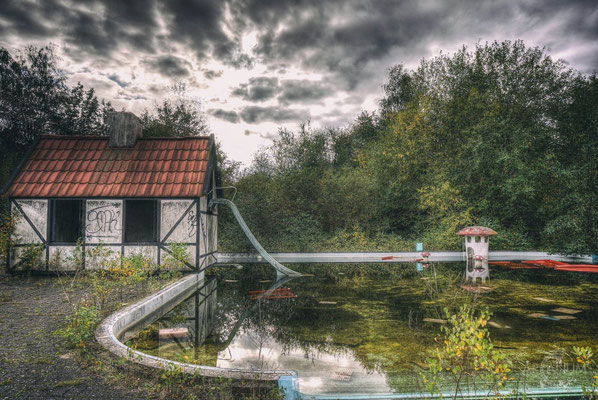 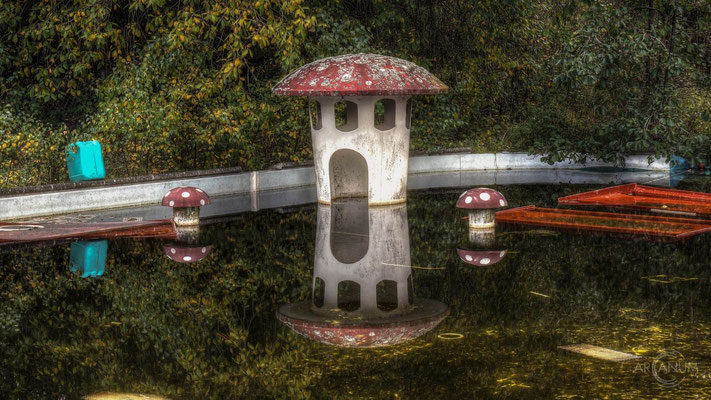 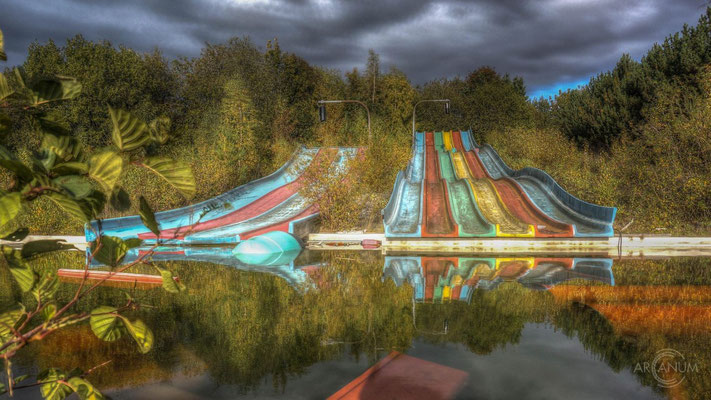 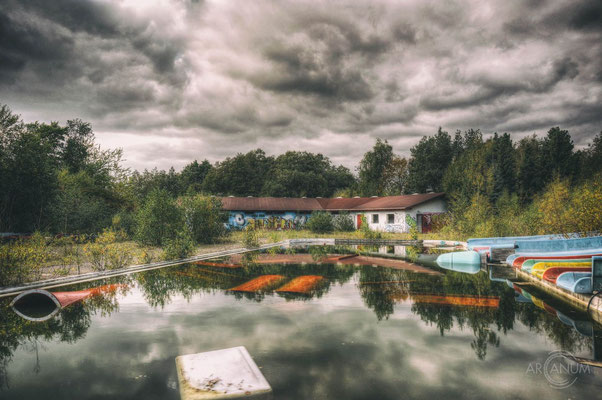 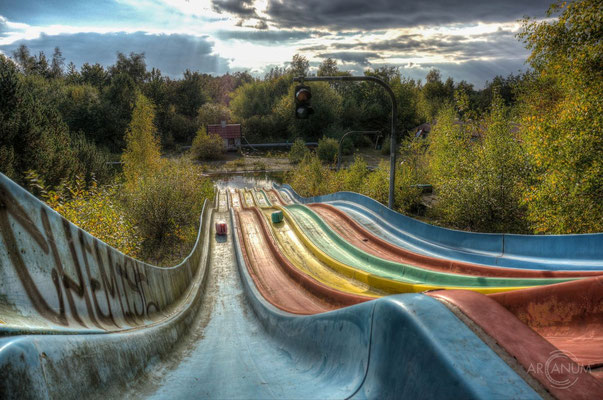 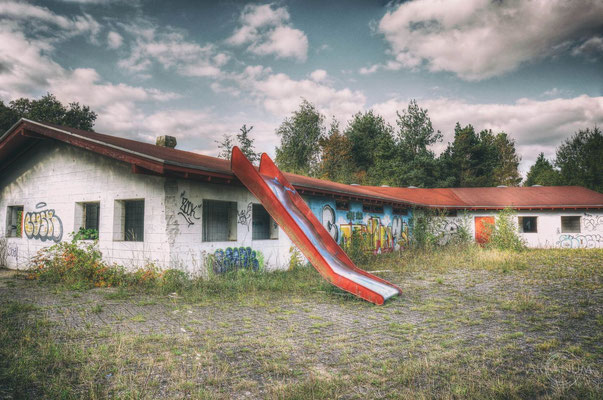 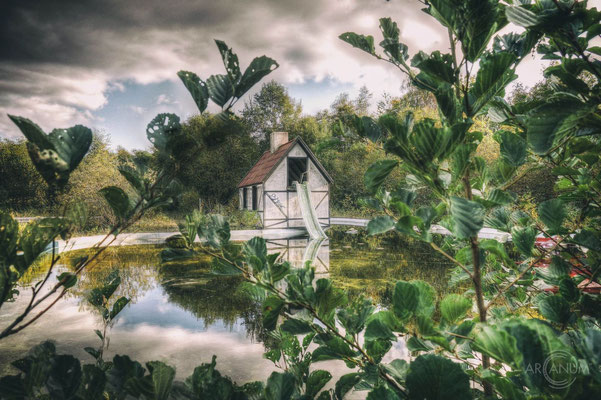 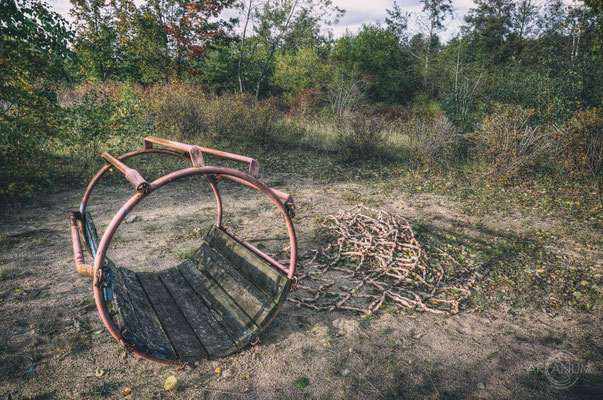