After the "German Reich" was founded in 1871, the population of the cities began to grow and at the same time the people developed the demand for diversified entertainment in their spare time.
In the suburban region of this particular city new residential districts were built, as well as establishments for water sports. Regatta courses were laid in 1880 and various leisure facilities were built.
In the time of this trend, clubs for rowing, sailing and canoeing were founded on the river and built the corresponding boathouses.
At the end of the 19th century, a couple of restaurants for day-trippers had been built to cater for the well-being of the sportsmen and visitors.
This here is one of them. Built in 1898 and abandoned in 1991, its most sepcatcular feature is the huge beautiful ballroom with a ceiling height of 9 meters.
The building itself is in danger of collapsing, and a visit is not really recommended.

The establishment survived World War I. Right at the riverfront there were landing stages for guest arriving with row boats or sailing ships. Internationally known singers and musicians performed here.
The place boomed during the 1936 Olympic Games when the water sports competitions were held here.
The ballroom even survived World War II and was kept in operation during the German separation. It stayed a well-known venue and was used for cultural, social or casual events.
After the collapse of East Germany and the reunification, operation was stopped in 1991 and the ballroom was closed forever.
In 2006, a Turkish businesswoman bought the whole thing for presumably 650.000 Euros with the intention of building a conference hotel. Nothing has happened since.
A notable feature was the grand piano standing in the large ballroom.
It's not there on older photos of this location, and it sounds way too good to be as old and rotten as the building itself.
Obviously someone brought it there. 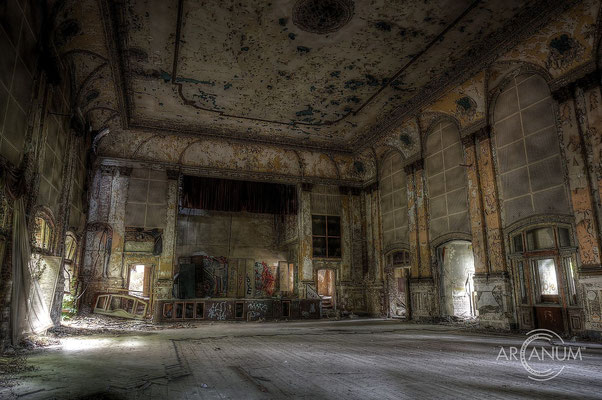 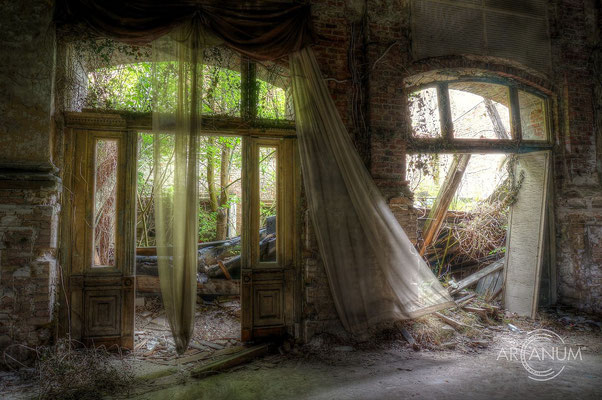 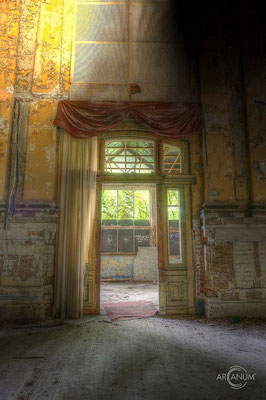 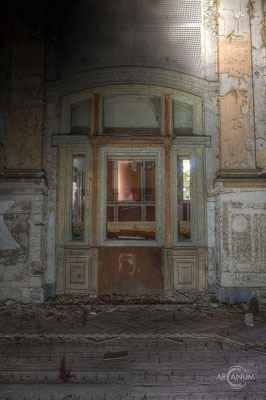 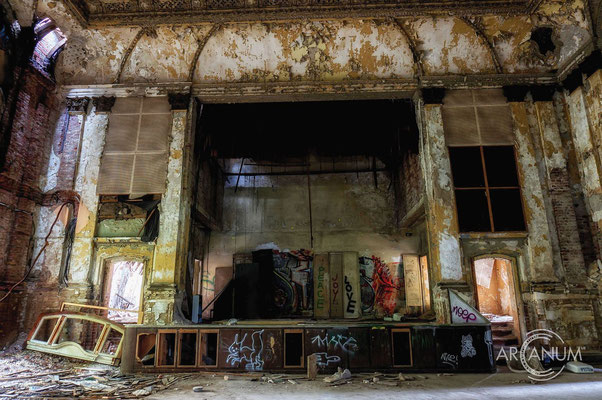 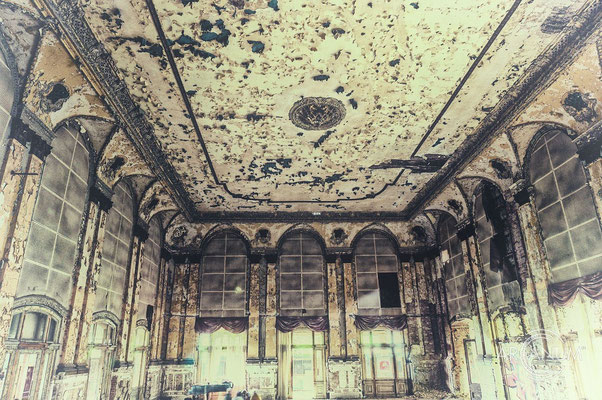 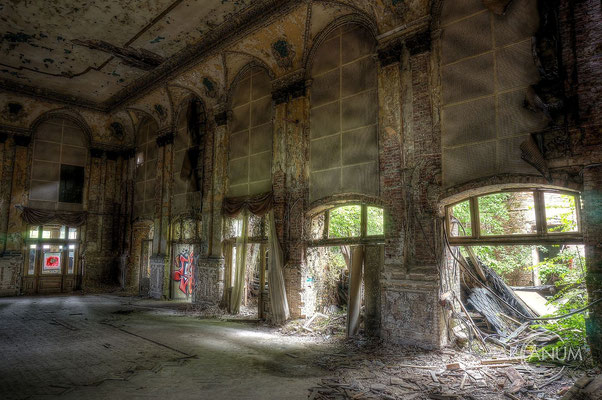 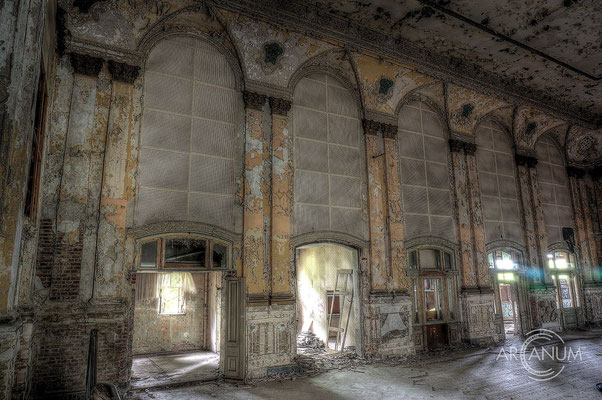 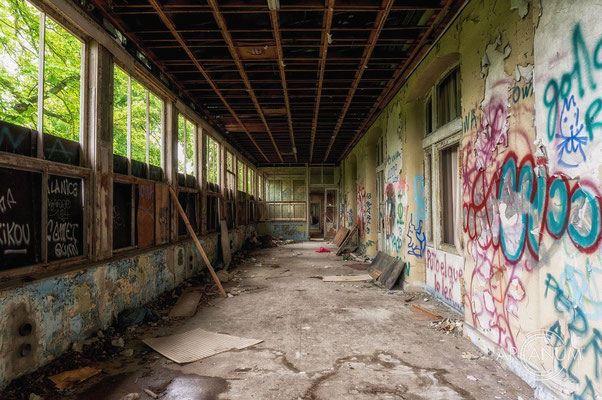 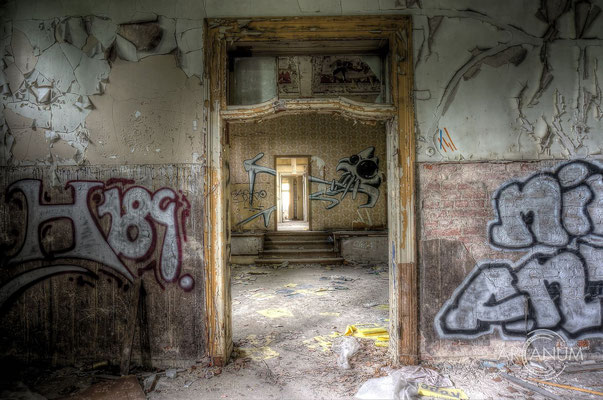 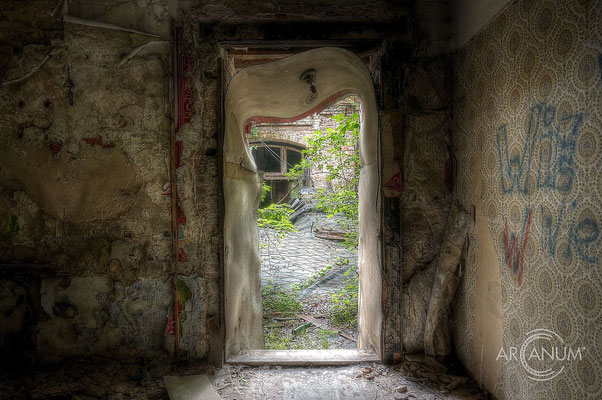 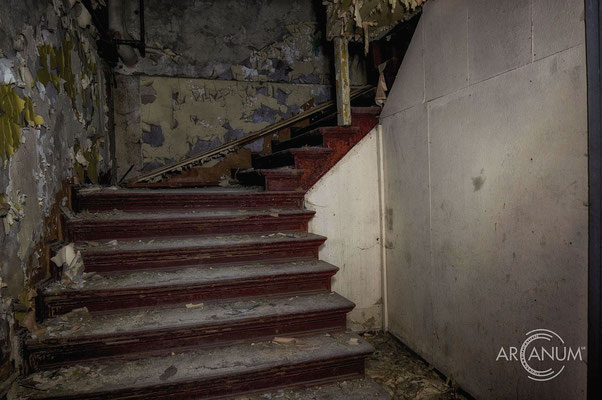 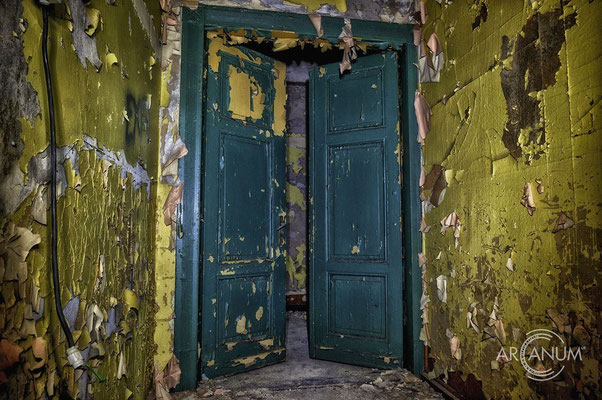 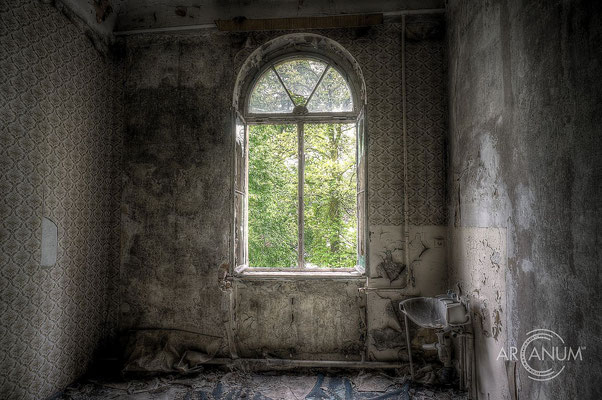 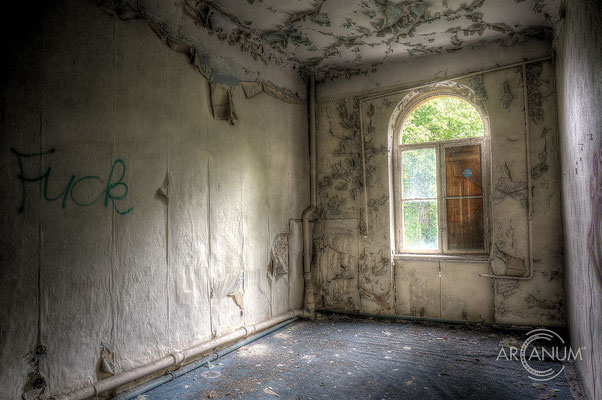 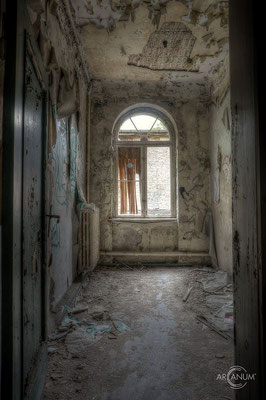 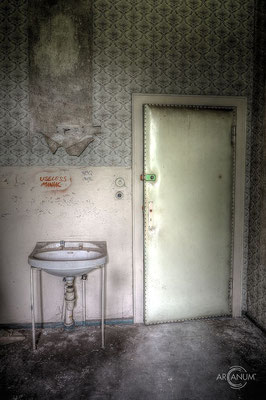 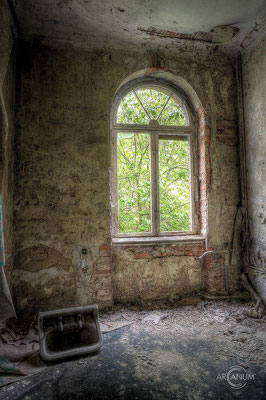 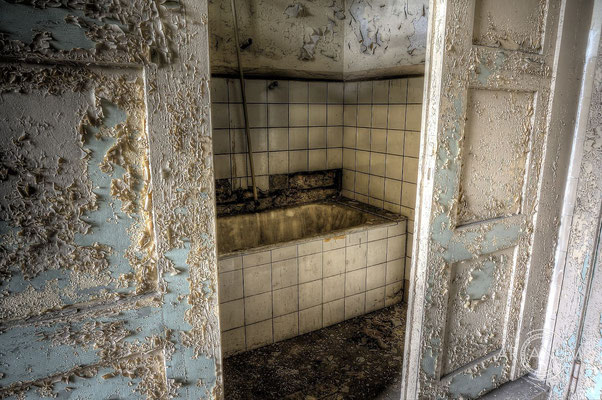 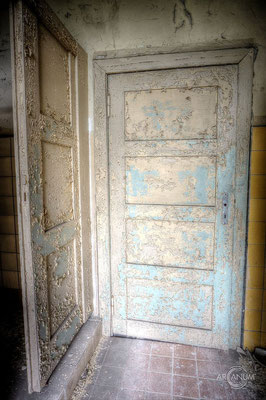 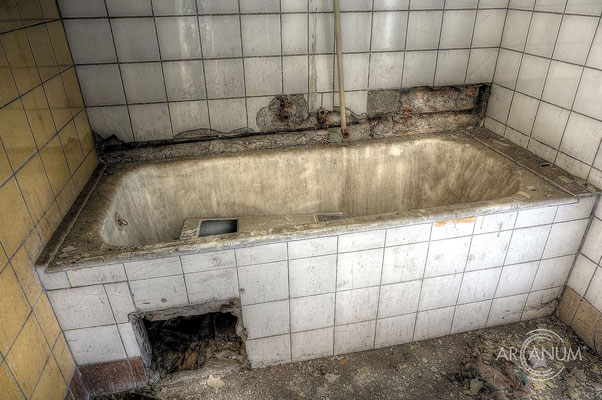 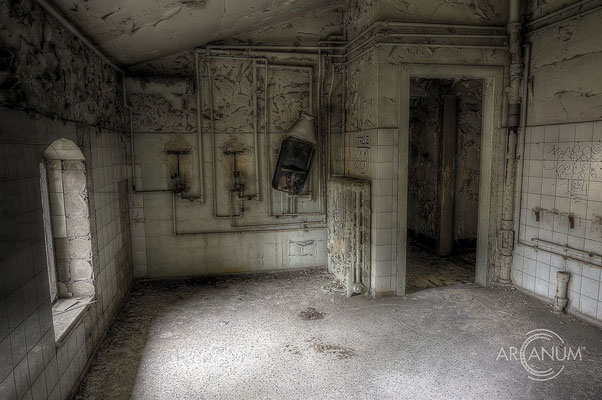 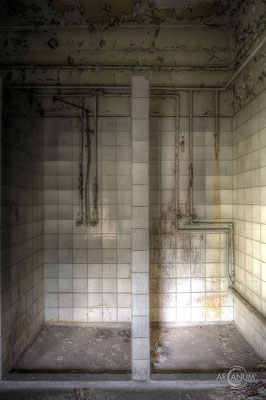 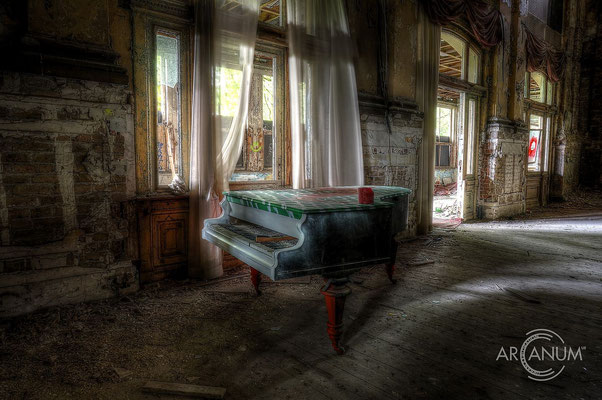 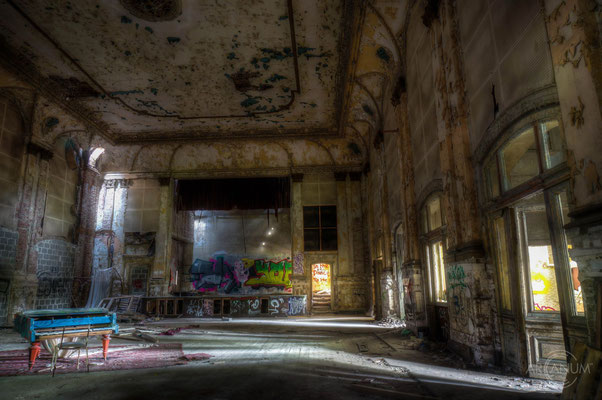 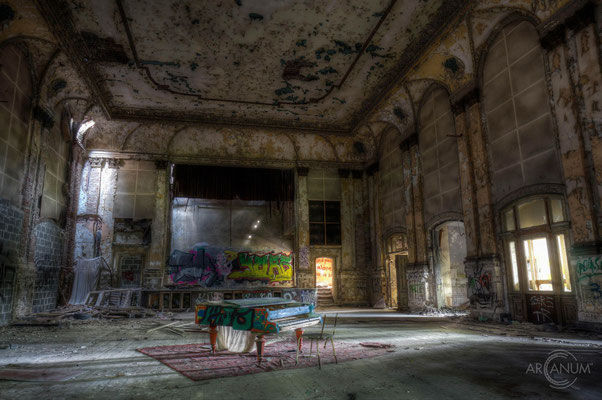 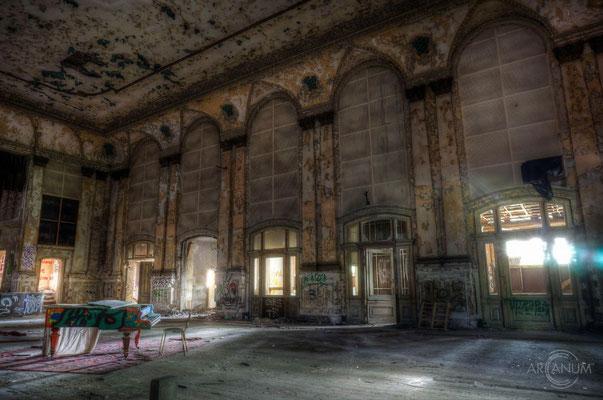 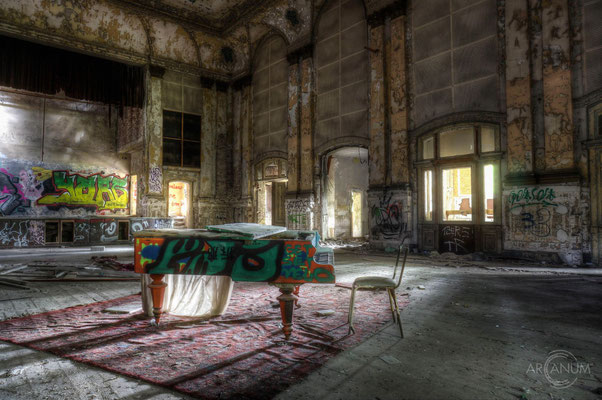 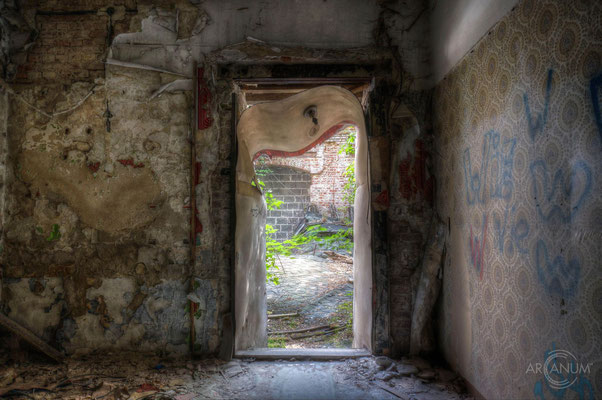 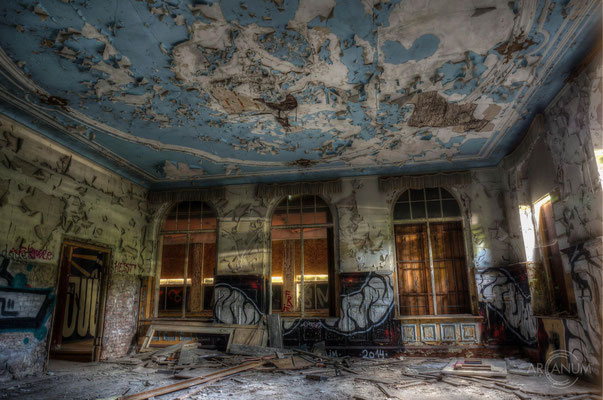