This baroque style manor was built in the first half of the 1740s. It was the residence of the landlords who owned the surrounding areas until 1945.
After the expropriation of the East German land owners after World War II, it was used as a private residence.
The main house is situated on an almost quadratic island surrounded by a moat. The courtyard is accessible through a gate house lined by two large stables.

After the German reunification, the building was sold to a private investor for only about 300.000 DM. When the promised investments were never made, the town sued the investor and got the building back.
Nothing much has changed since then, the building is still left to rot. 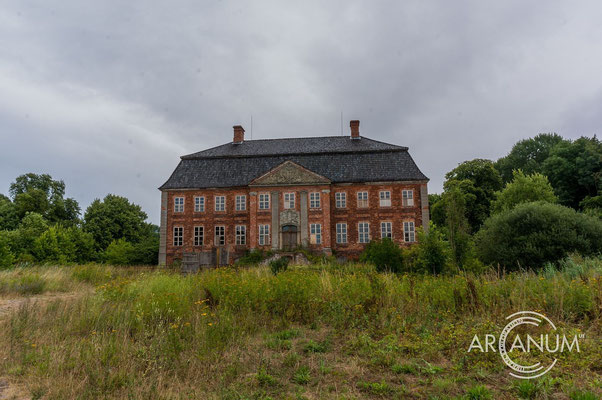 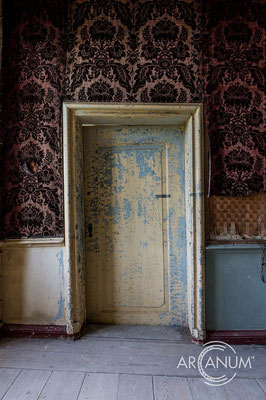 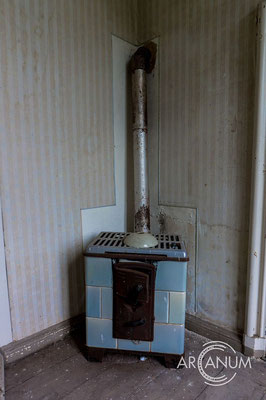 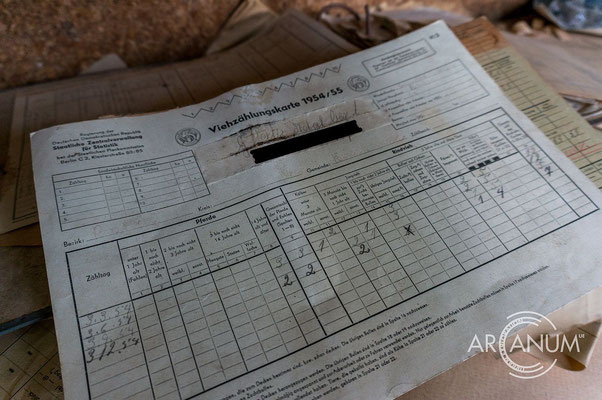 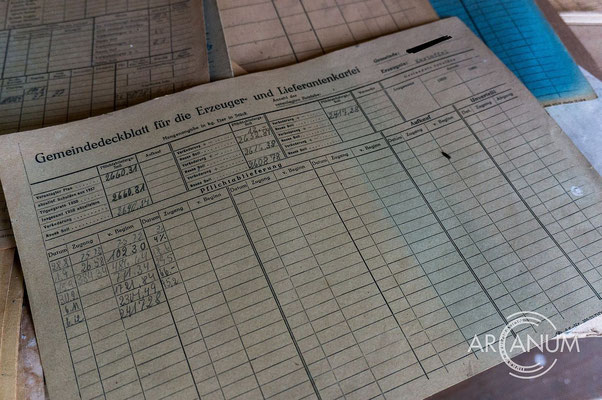 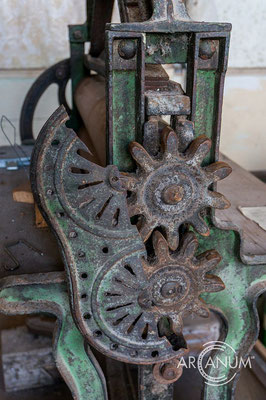 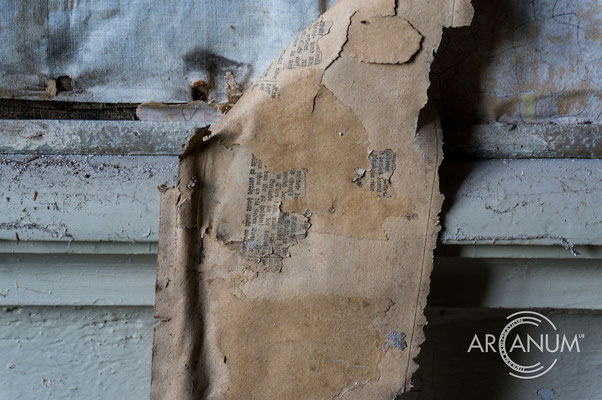 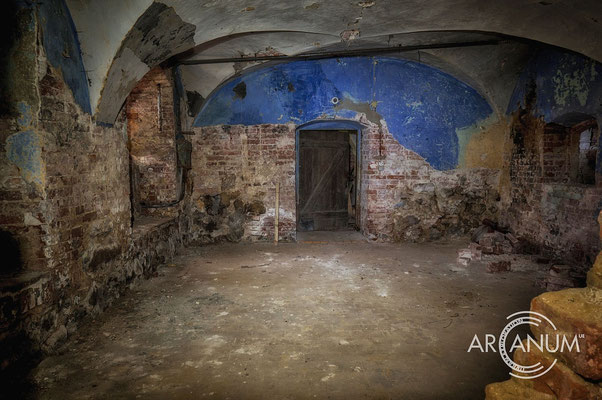 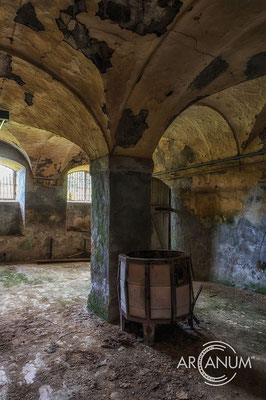 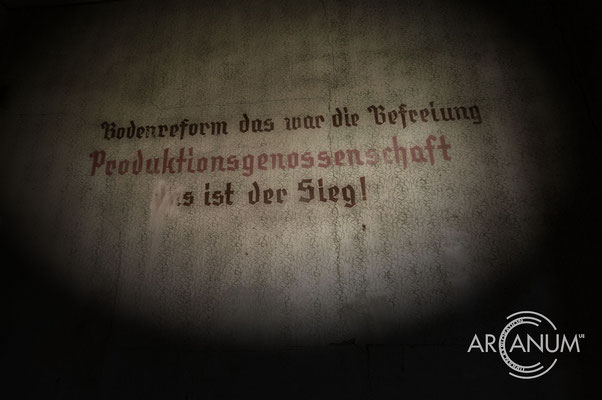 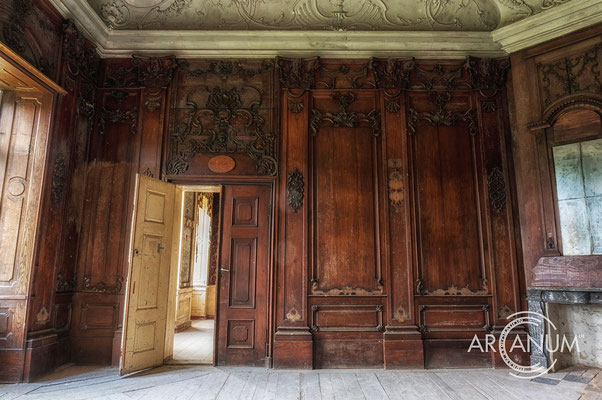 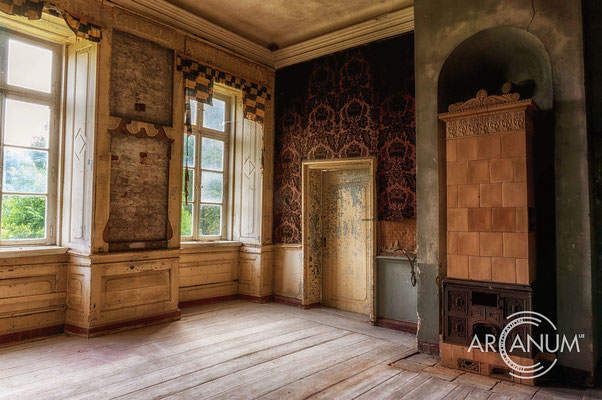 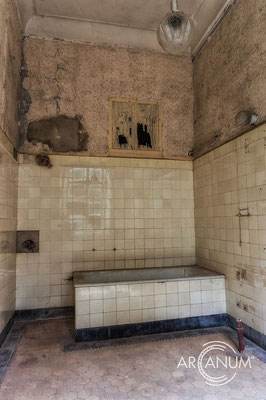 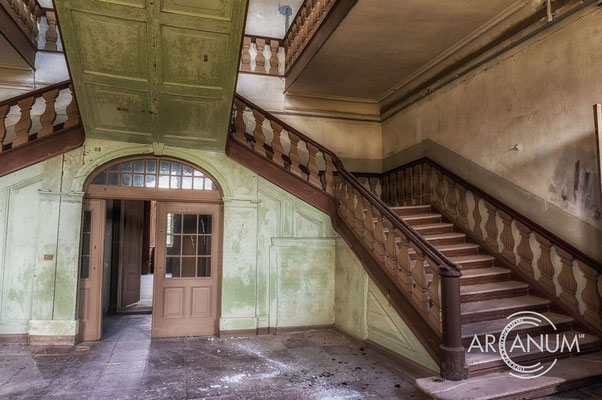 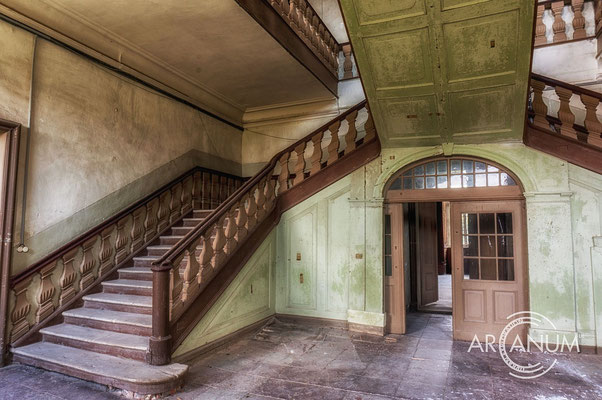 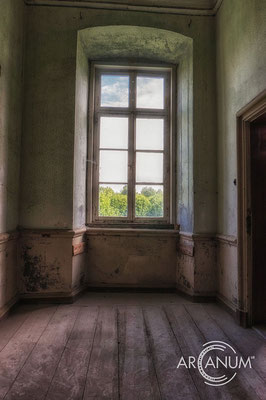 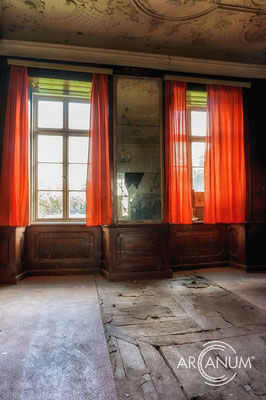 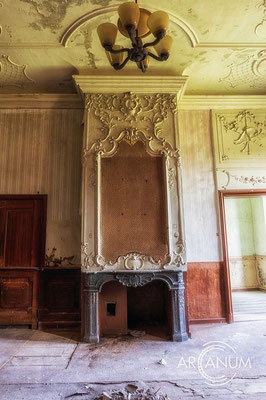 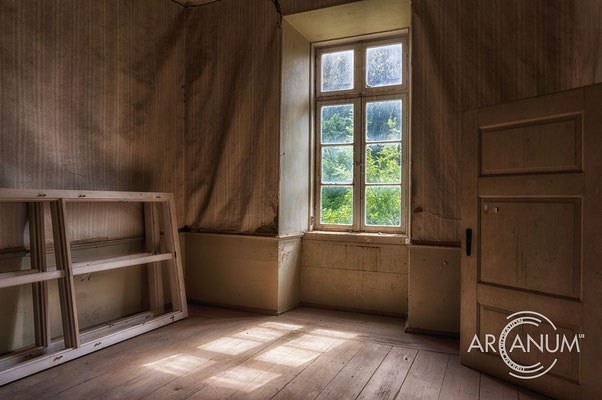 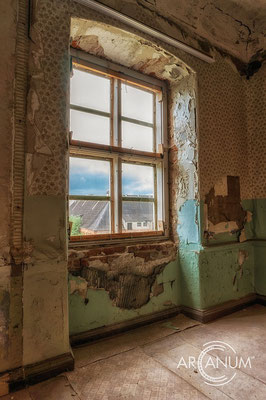 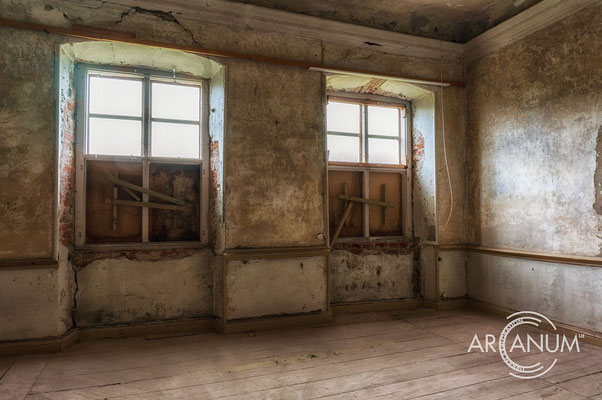 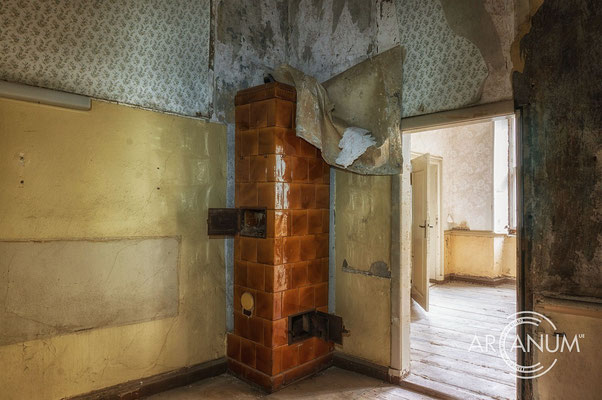 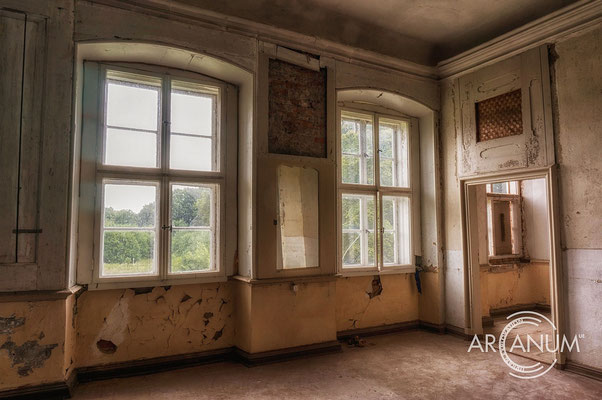 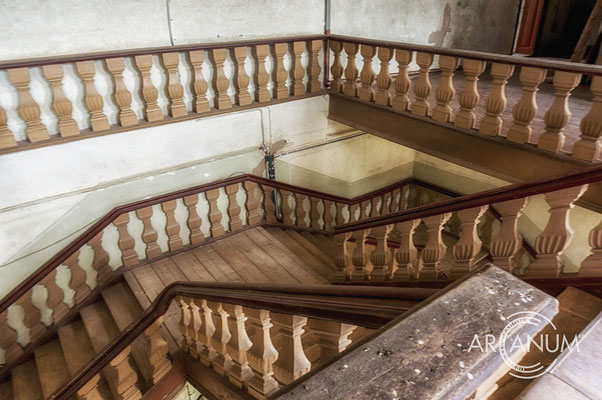 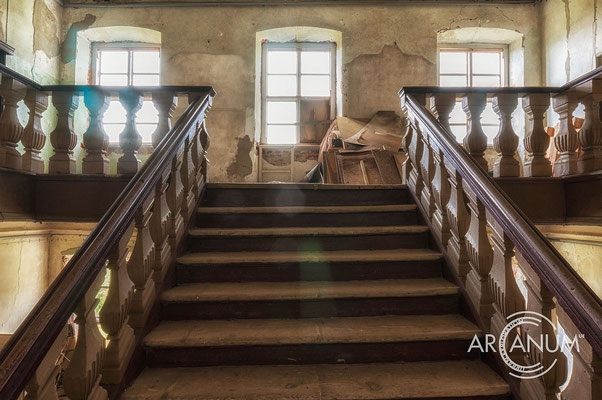 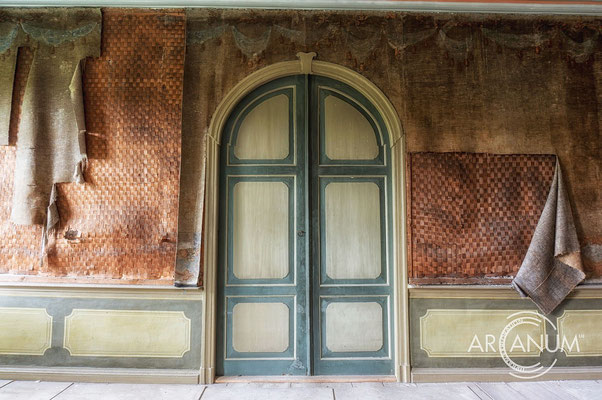 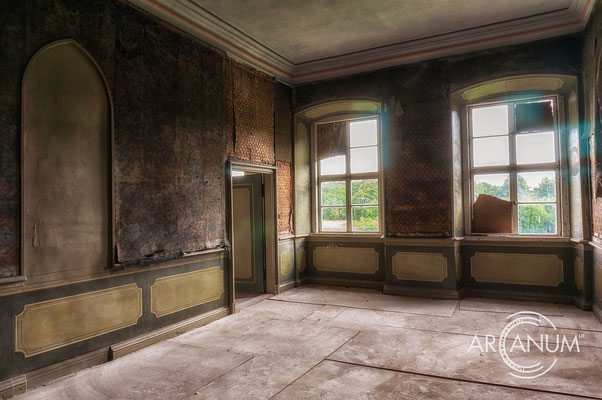 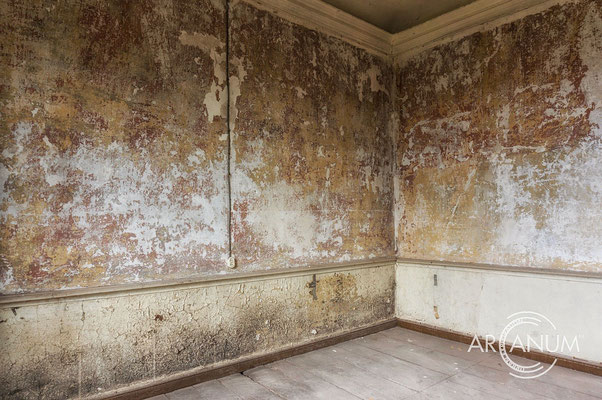 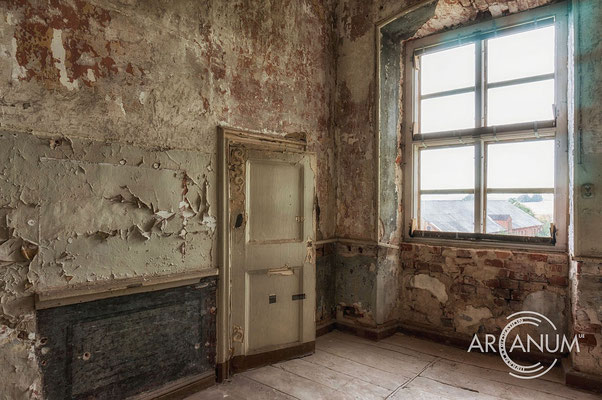 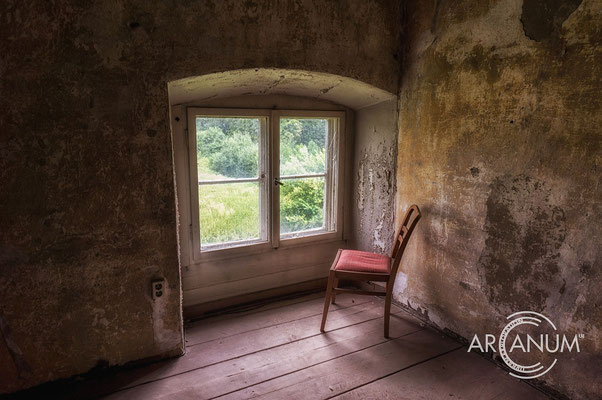