This castle was originally built towards the middle of the 19th century on the premises of an estate that dats back to the 12th century.

Over the centuries, there were frequent changes of ownership of the estate - at one point, there were even four owners quarreling over control.

In the early 1800s, the owner at the time, revived the local glass foundry and also built a brick factory. After his death, the estate went bankrupt and was purchesed in an auction by a regional accounting official. He had the castle built by the state's chief architect.

The castle 15 axes and has three floors. On the side of the building, there is a stair leading from the first floor into the park.

Also noticeable is the pavillion-like structure in the middle.

Only little more than a decade after the castle had been finished, it was sold again by the builder's grandson. The new owners kept the estate for about fifity years, and in the early 20th century, the estate fell to the Grand Ducal Ministry of Treasury - and the estate became a domain. The Duke took a liking towards the castle and had it refurbished.

During the final years of World War II, the castle housed the "Reichskriminalpolizeiamt" (the Reich's Criminal Invenstiation Department).

Ather the war, the estate was socialized and became the "people's property".

A family bought the estate and founded a hunting school. Today, the historical estate has many attractions to offer - a gun smith, a shooting center, a restaurant and guest rooms.

Only the old castle stands alone and is left to time and the elements. 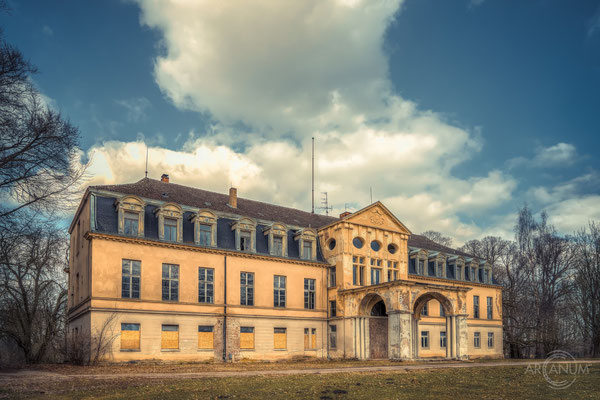 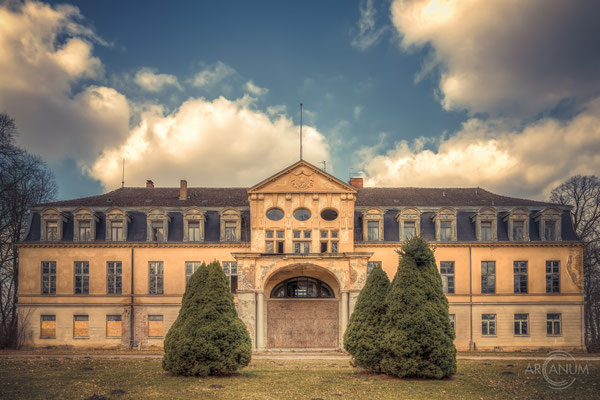 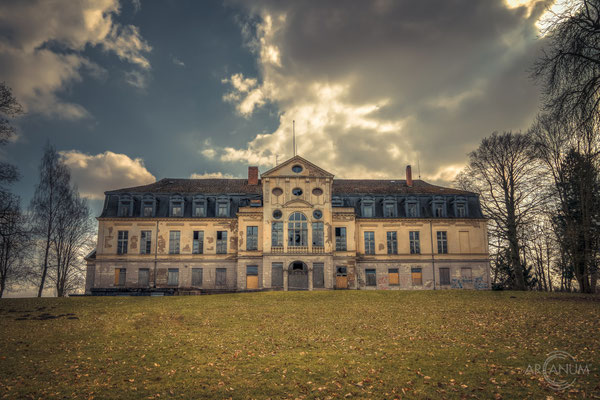 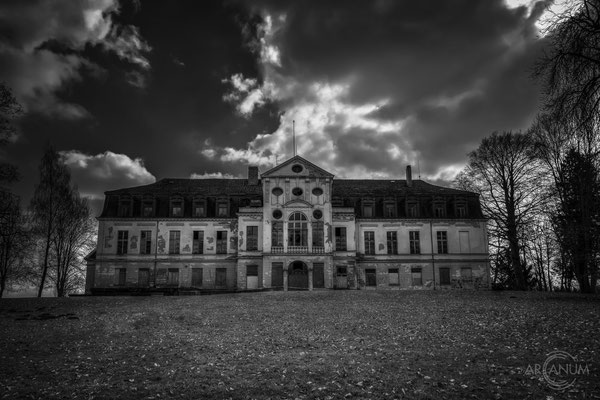