This abandoned mansion - or rather castle - lies in the northeastern part of Germany. It was constructed in a historical mix of architectural styles, mainly nao-baroque and neo-rennaissance.

The castle was built in the 1870s by Baron von H..  Until the late 1850s, the surrounding estate had been owned by a very well-known noble family that owned a lot of thand in this region of Germany. The first sold it to another family who in turn sold it to the Baron.

After World War II, the house was used for accomodation, as a kindergarten, an artist's studio and as a restaurant. The ballroom was used for celebrations.

The castle was abandoned in 1991 and has been decaying increasingly. In 2007, some smaller steps have been taken to preserve the building, but the beautiful building if far from being saved. 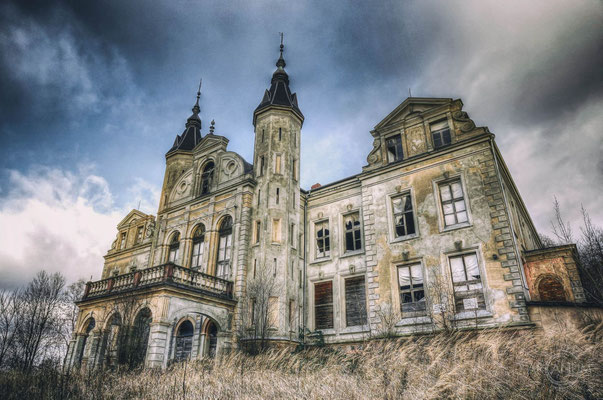 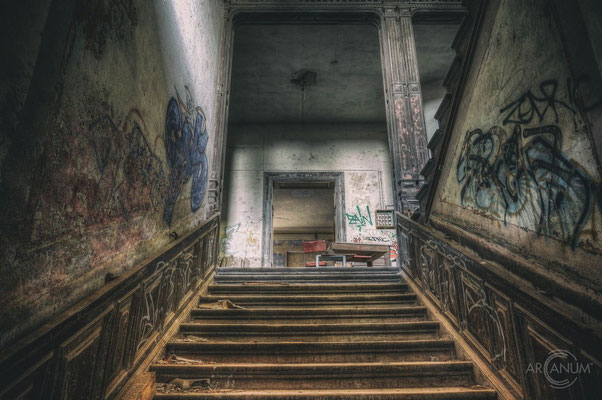 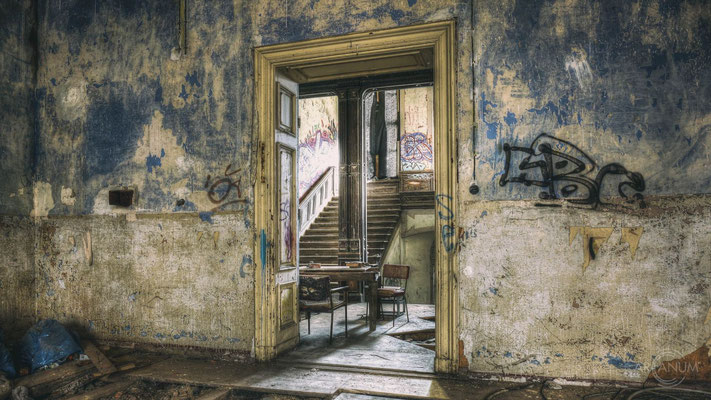 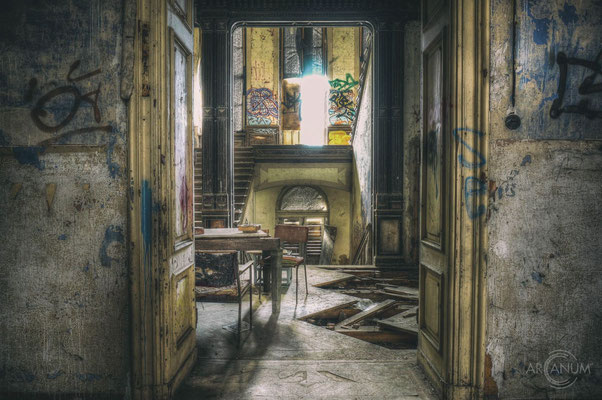 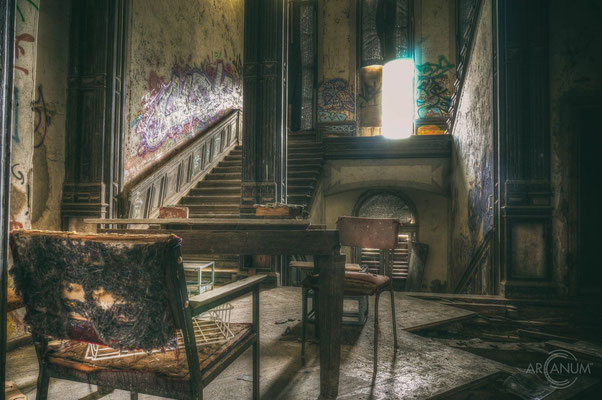 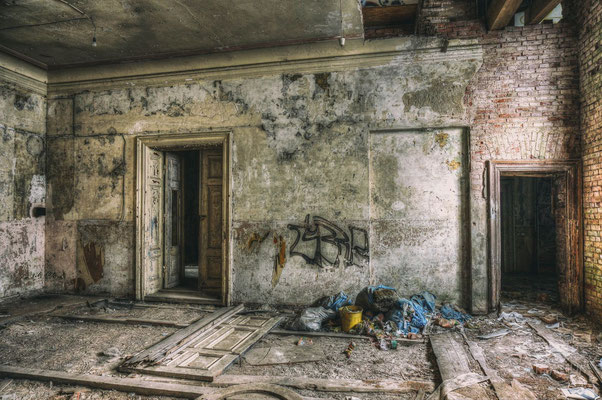 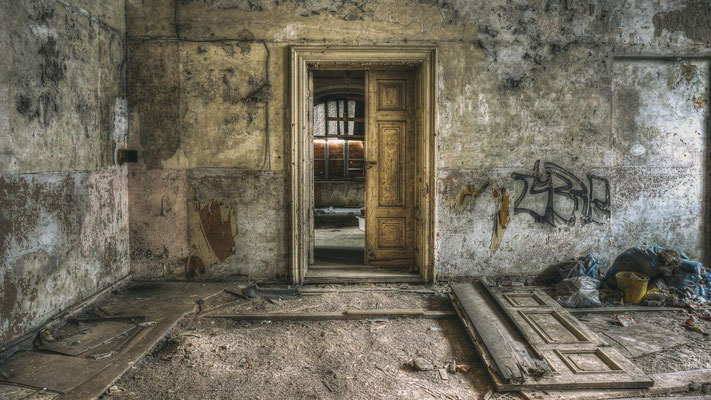 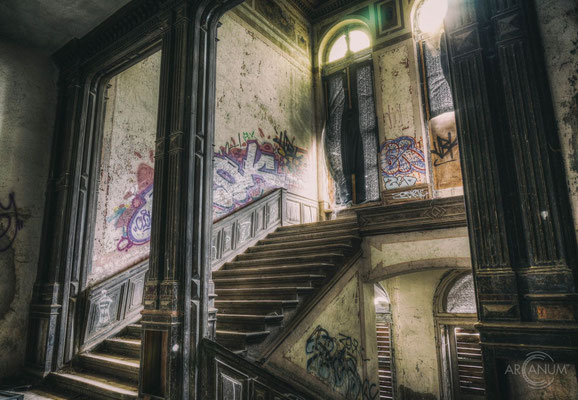 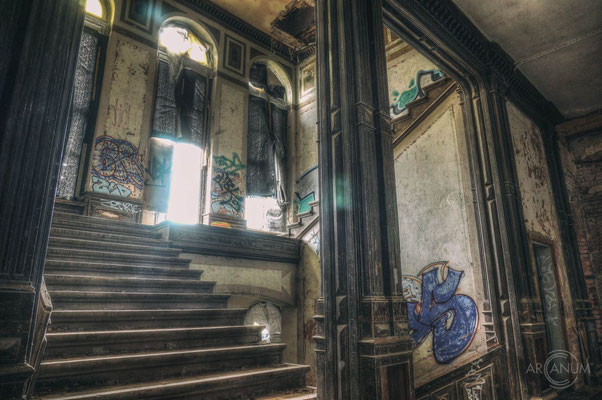 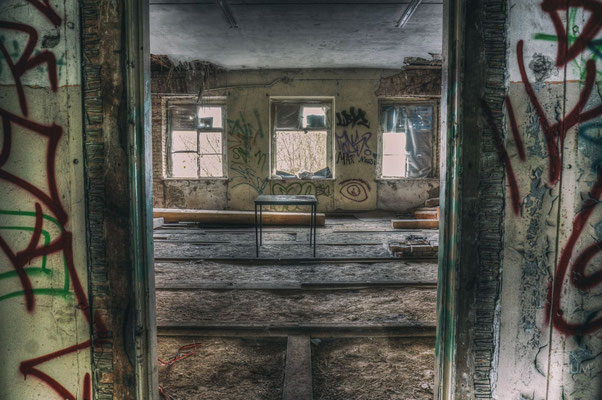 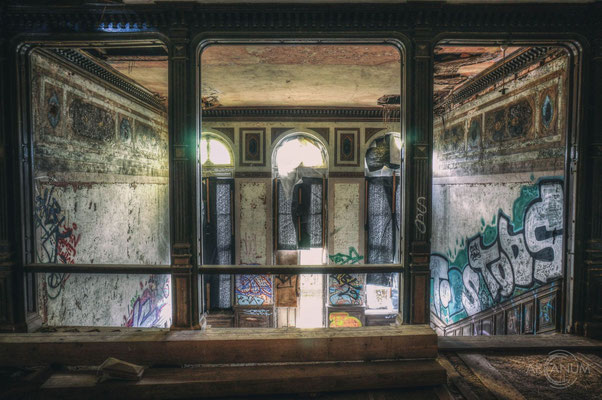 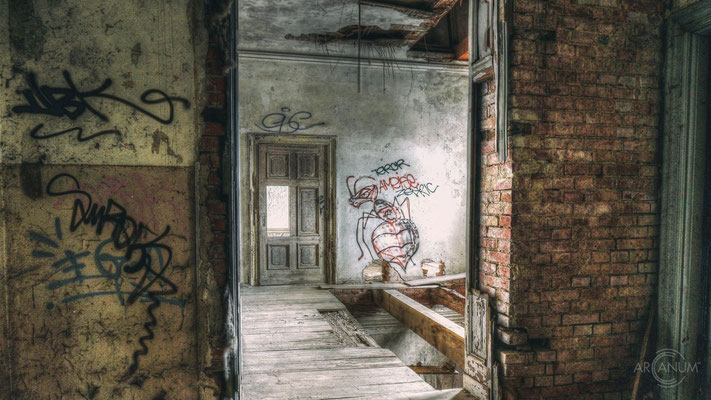 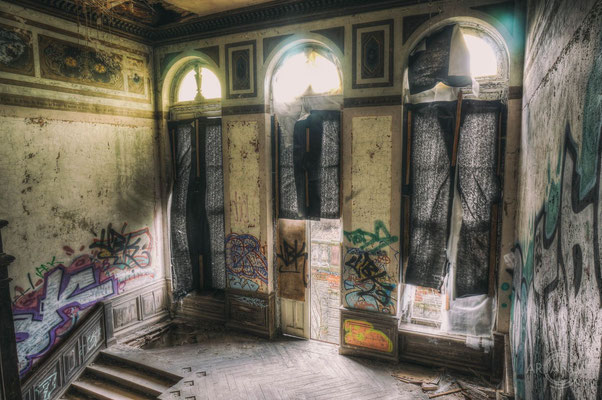 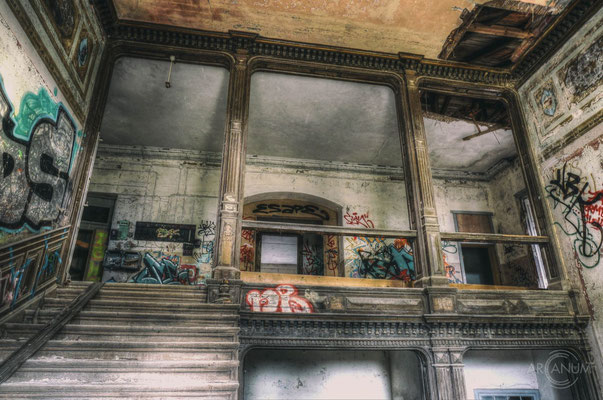 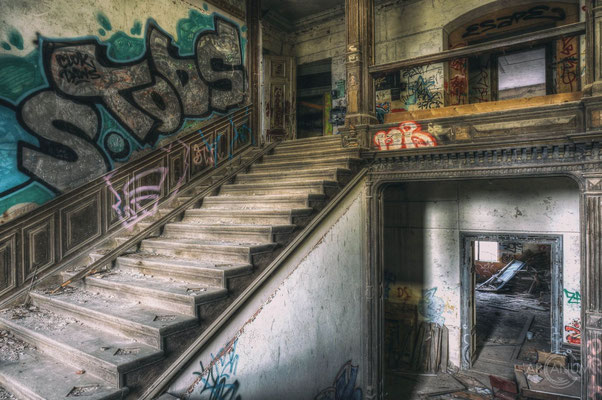 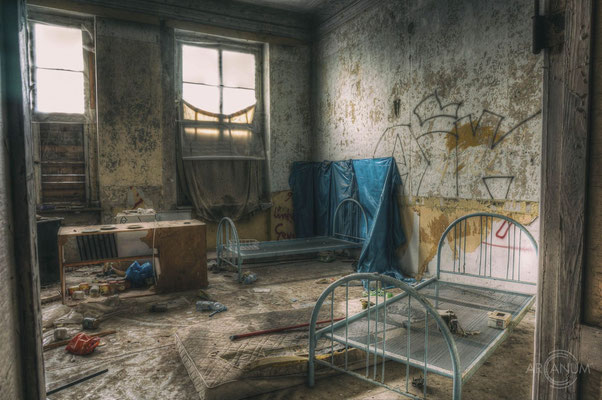 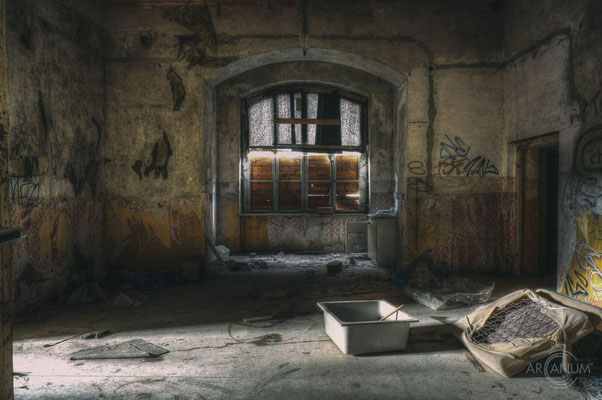 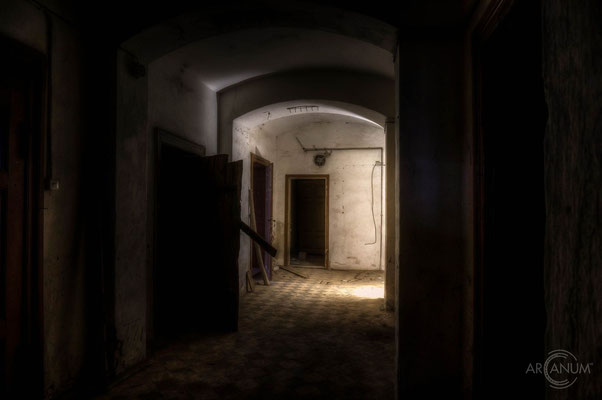 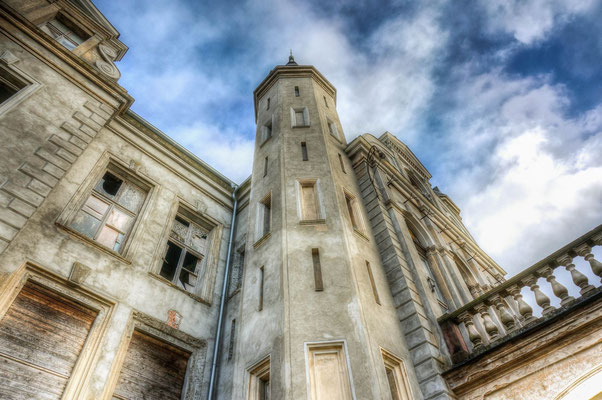 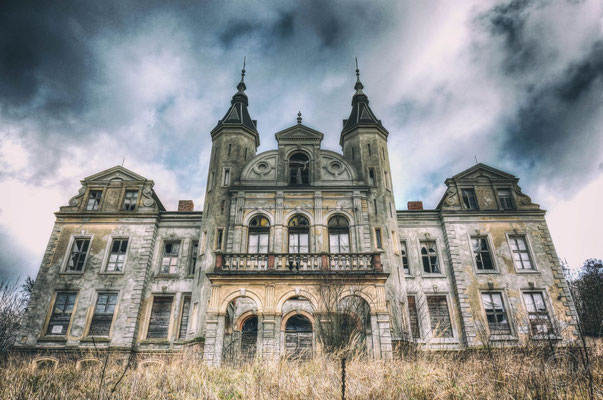