The history of this partly abandoned mansion dates back to the 1720s, when the Duke Friedrich Wilhelm I. sold the estate to one of his Generals who sold it again only six years later to a women and her three sons.

The last of her sons died in the 1770s, the estate went bankrupt and was auctioned off and sold again various times.

The mansion is a conversion that was built at the beginning of the 19th century. It consists of two main parts. The side towards the courtyard has a wide access road, on the park side is a median risalit with a balcony above it.

Since the middle of the 1930s, the building was used by the regional land settlement society.

After 1945, the town counsil used the building and families were accomodated here.

After the German reuinification, the tenants moved out one after another, and the building has been abandoned since.

The smaller part of the ensemble has been renovated and people live in it. 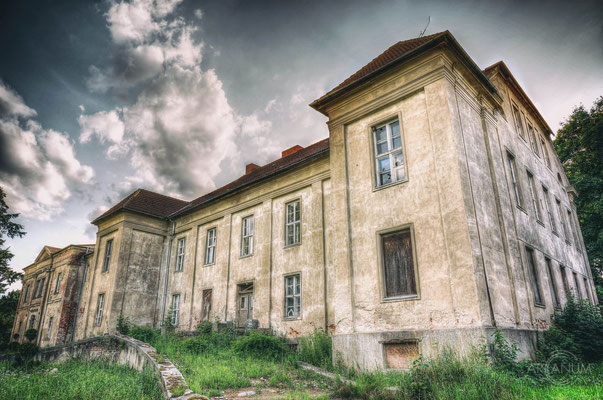 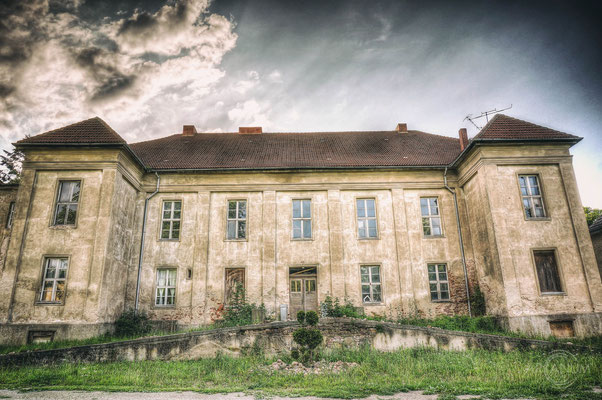