This abandoned so-called castle is a former estate house located in the Northeast of Germany.

It was commissioned in the middle of the 19th century by a merchant from Hamburg and constructed by a Swiss architect who was inspired by a mix of English and Venetian gothic, also known as Tudor style.

The shape is characterized by sections of different height. The sides are decorated with crenelations and towers.

Towards the end of the 19th century, the estate became property of a noble family by marriage.

The buildings were looted after 1945. In the following years, the castle was used to accommodate refugees and then turned into a school for forestry.

An investor bought the castle in 2006 with the intention of renovating it, an endeavor that was stopped in 2008. The company that owned the castle told the press in 2012 that selling it was in fact an option. This option became reality in 2015 when the owners actually did decide to sell the property. In 2016 finally, the castle was bought by a regional association with the intention to find a public, social and cultural use for the buildings and the surrounding park. 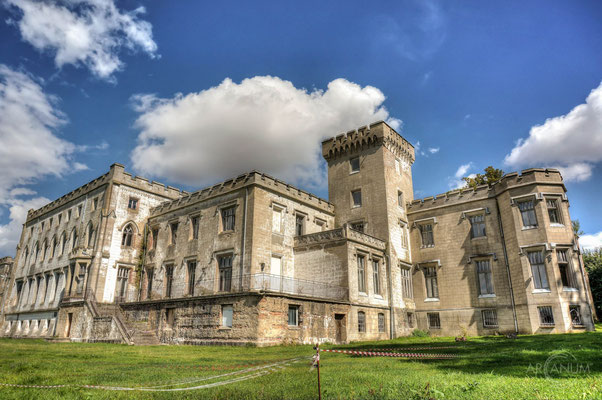 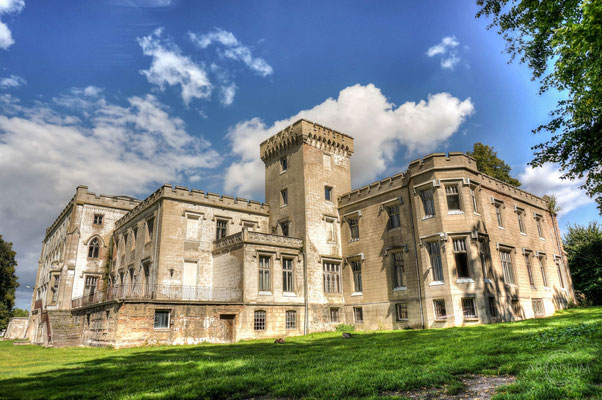 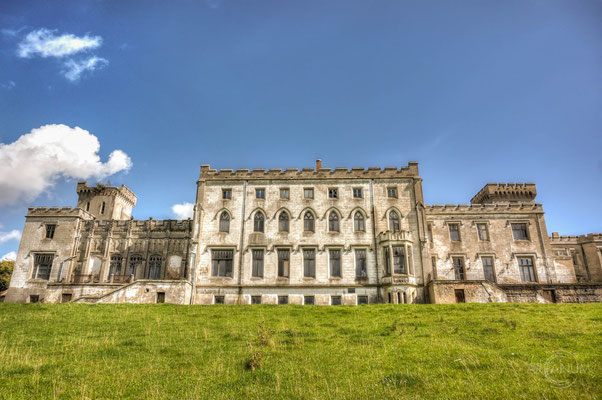 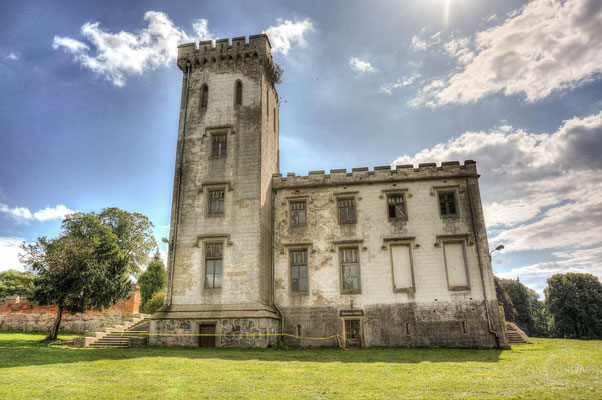 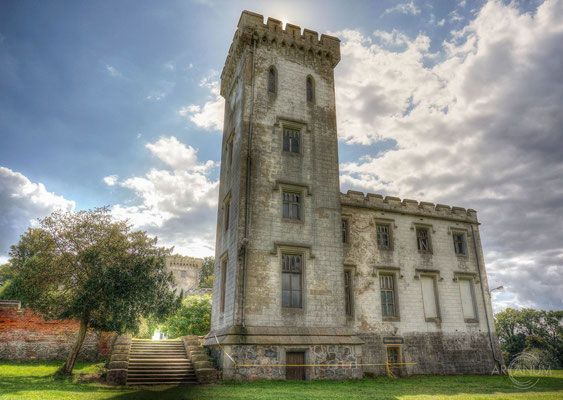 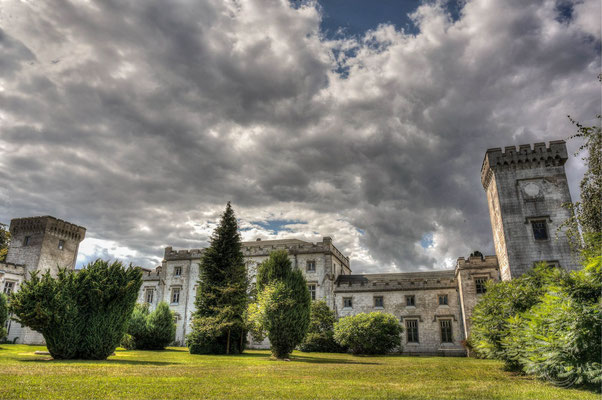 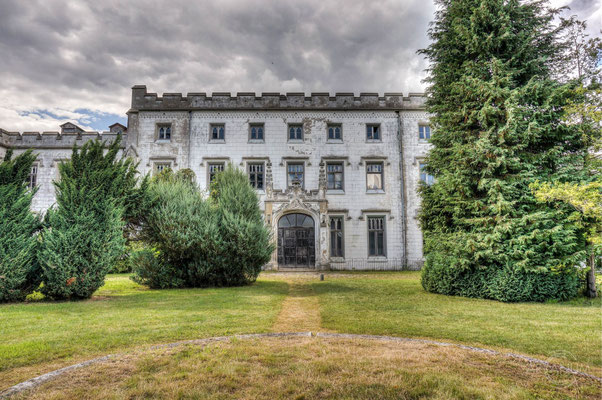 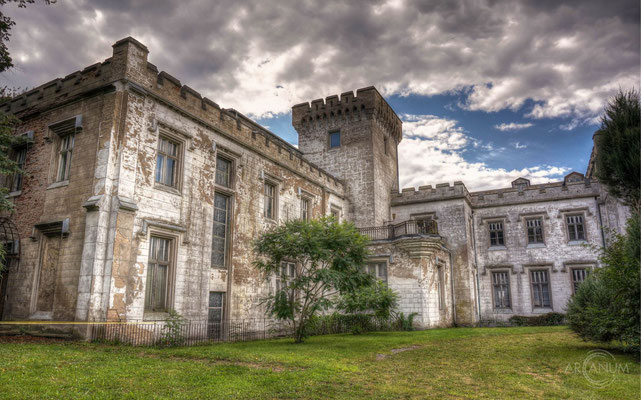 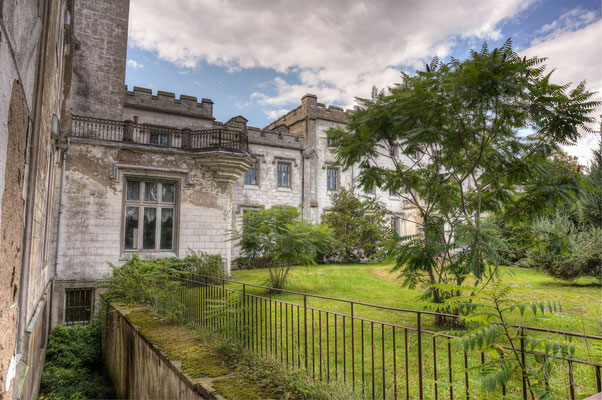