This old chalk pit has a length of about 1 km and is about 700 meters wide. It was operated until 1916 by a local company that was in deficit since its early days. Due to geolocical events, water started flowing into the pit. The pumps couldn't manage the amount of water. They were turned off and the pit was flooded. The machines were saved; only a steel tower remained and was used for training divers between 1939 and 1944.

In 1965, a concrete producing company pumped the water out and operated the pit once again. Until a further expansion wasn't possible anymore, about 600 tons of chalk were mined here per hour, five day per week by 15 workers. That's 2 million tons per year until 2002. 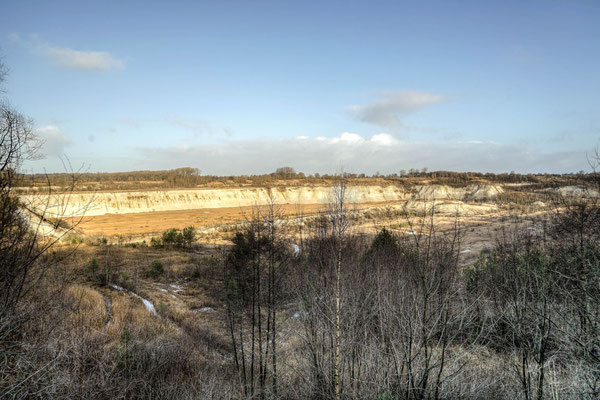 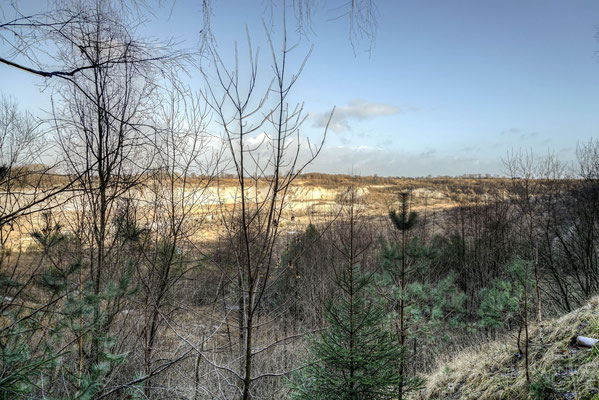 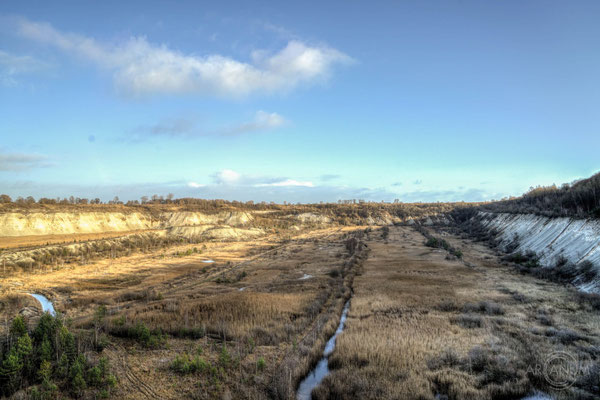 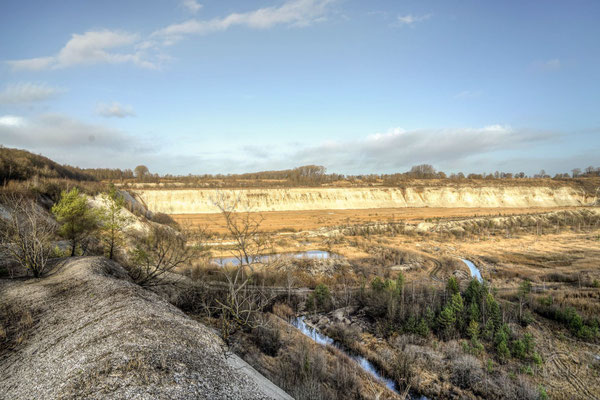 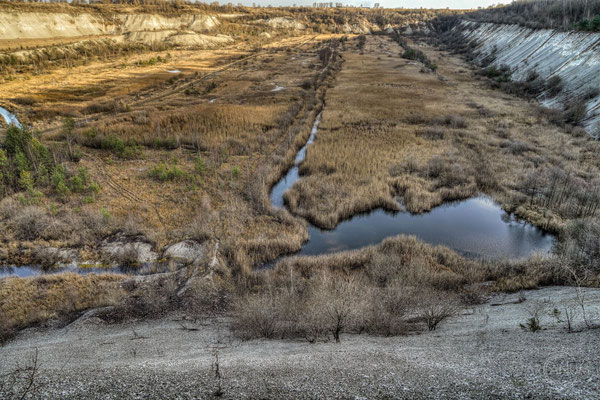 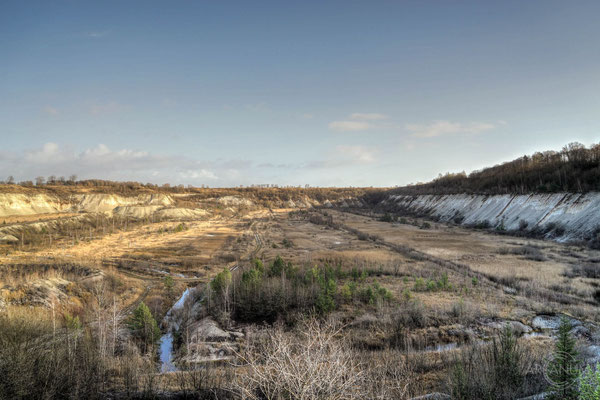 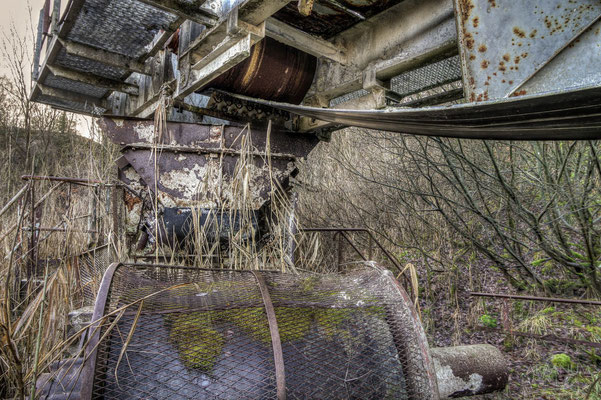 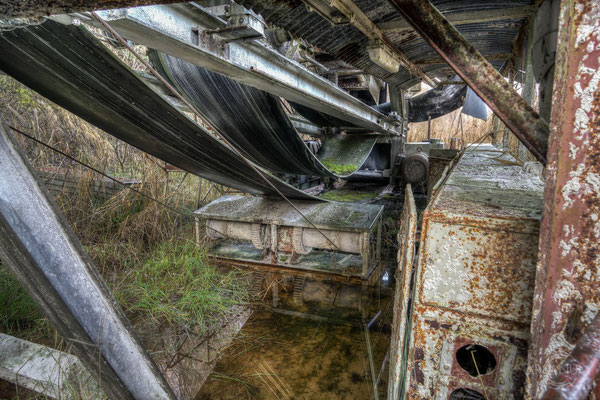 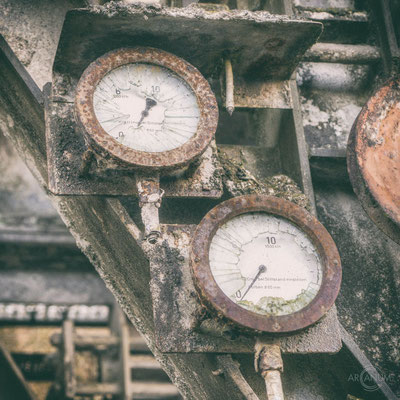 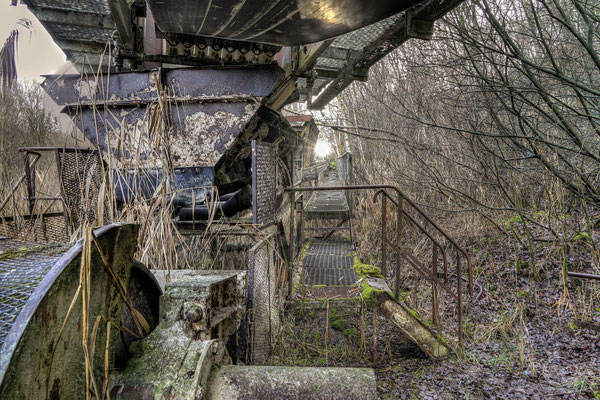 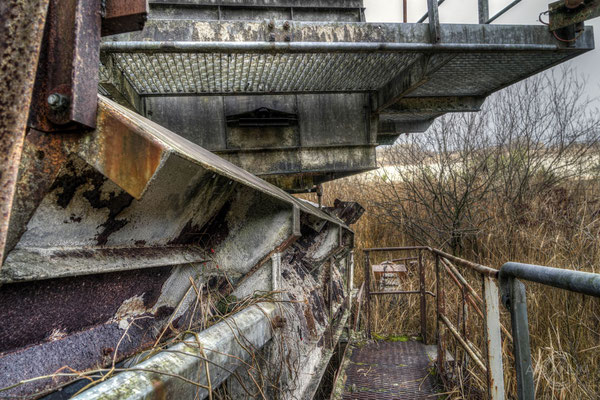 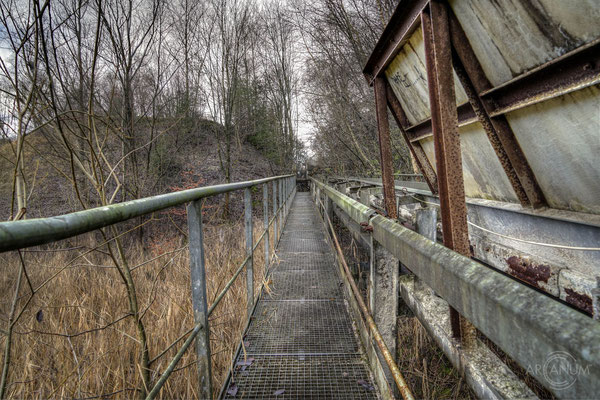 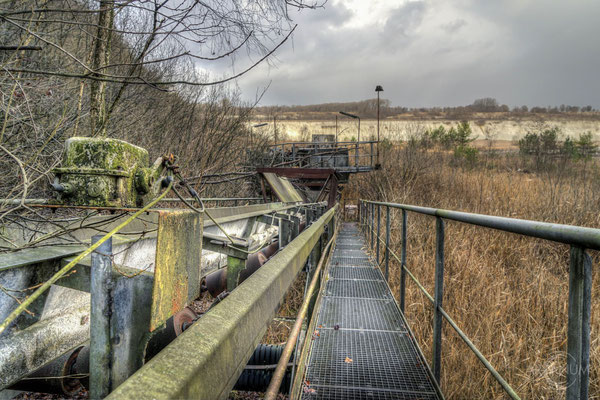 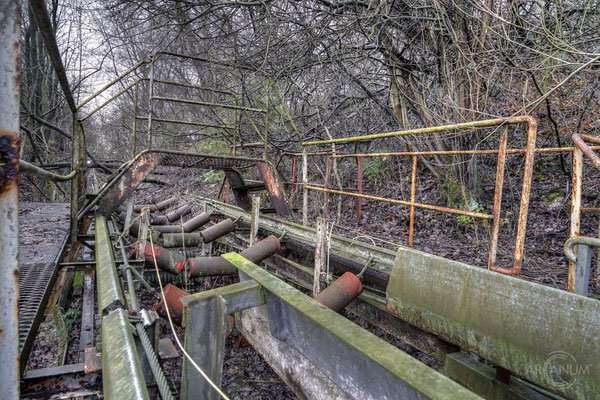