Although the history of the estate dates back as far as the year 1637, the neo-gothic castle wasn't built until 1843. Eighteen years later, the estate was sold to another family and yet again in 1898. The new owners started operating a thoroughbred stud complete with training grounds.

Parts of the estate were populated starting in 1932, but the remainder was still owned and operated by the horse breeding family.

During the Soviet occupation, all of the castle's interior as well as the 70 thoroughbreds were lost. After 1945, the castle was used to accomodate refugees; in later years, it was used as a nursery and as an inn.

After the German reunification, the castle was abandoned for many years, until it was bought by a couple in 1998 who renovated it and opened a Brazilian restaurant in 2005. In April of 2016, a fire consumed almost the entire castle. 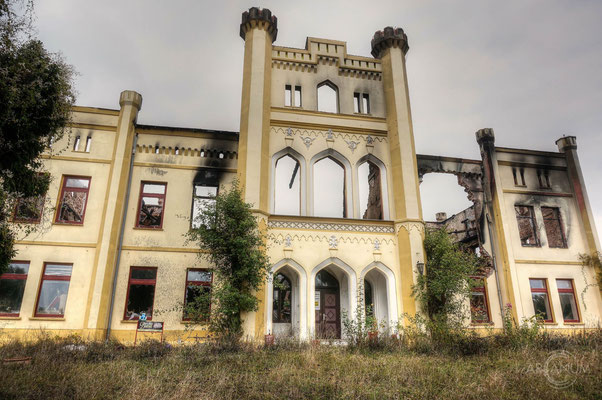 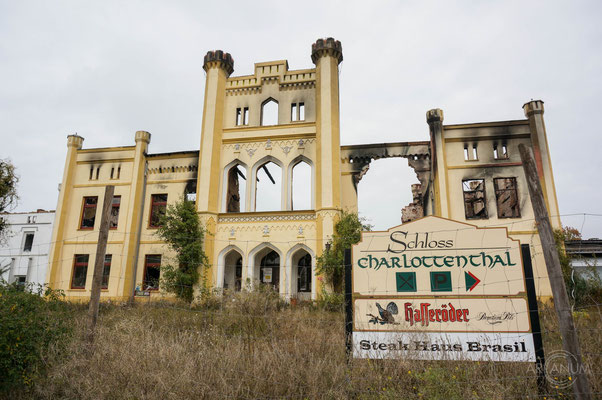 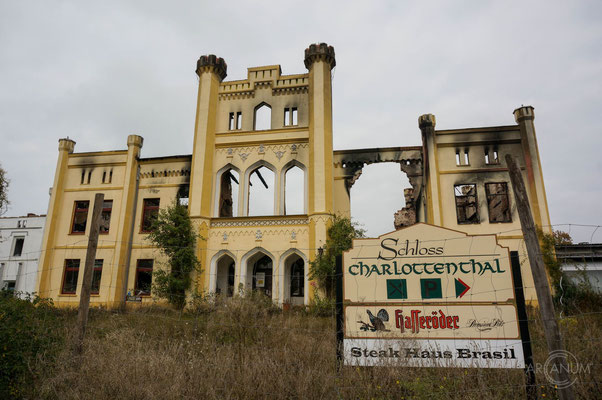 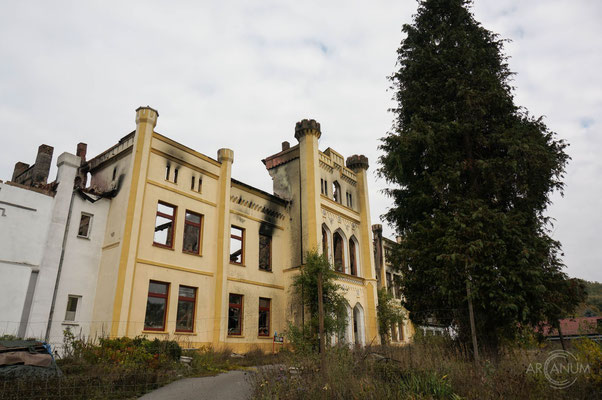 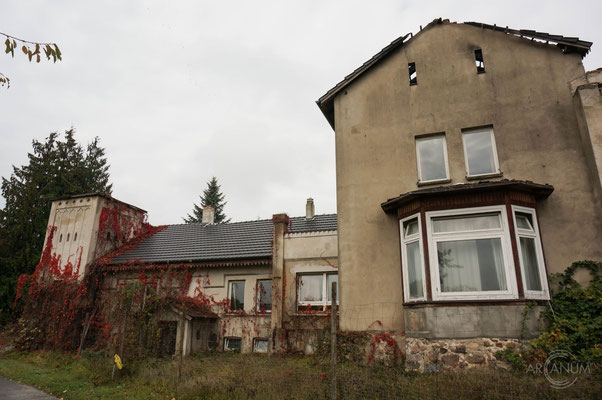 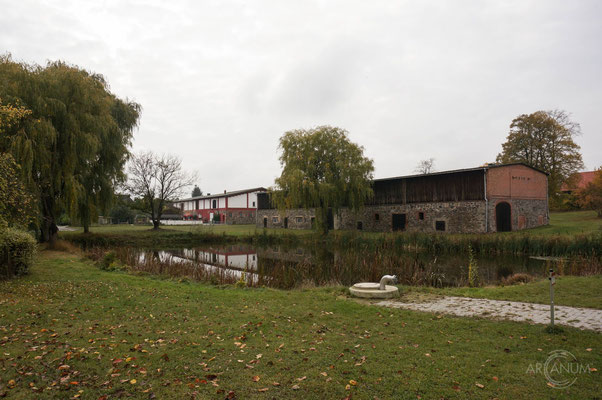 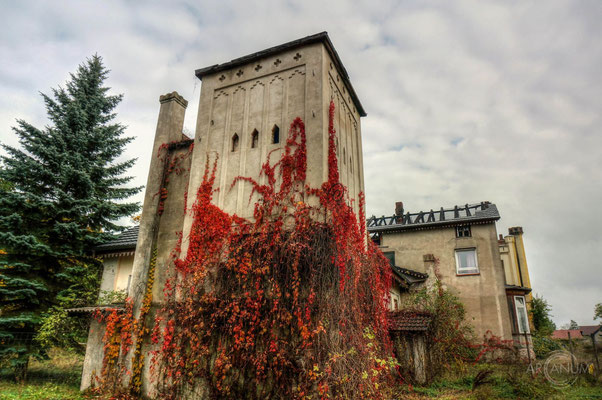 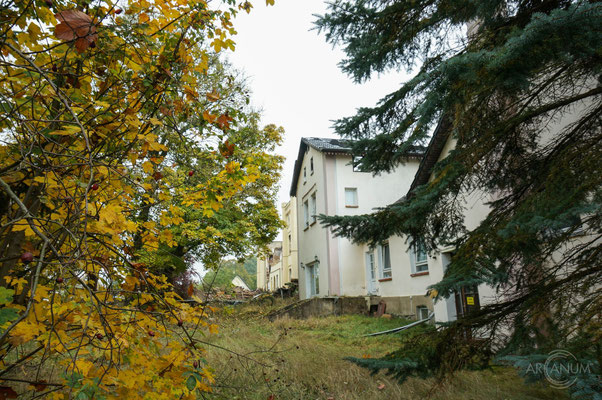 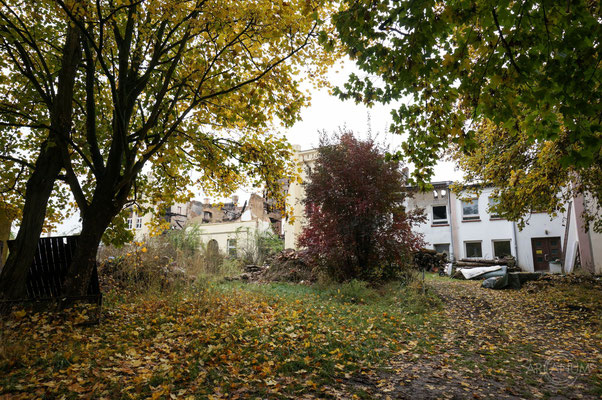 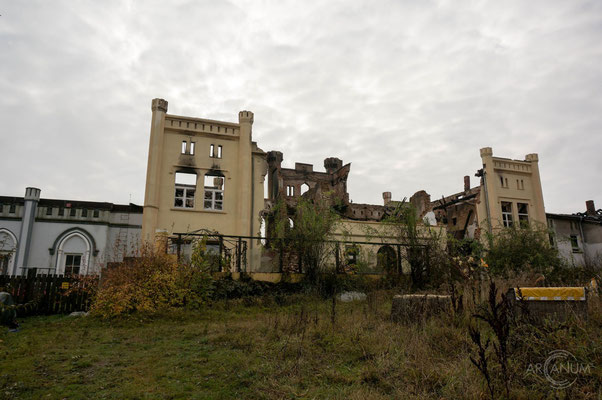 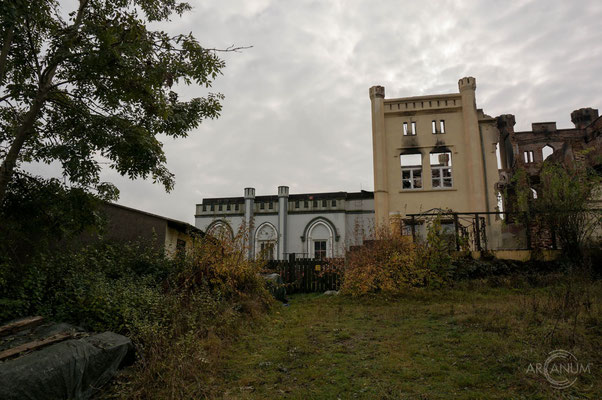