This crematory was built around 1910. Due to a ground water problem, it was constructed almost entirely above the ground and was used until the 1990s.

According to some sources, more than 100.000 people were cremated here.

Behind the crematory, an urn cemetery was built.

Durin the 1930s, the number of cremations rose, so an expansion of the existing facilities became necessary as well as the installation of a more efficient cremation technology, storage facilities and rooms for more personnel.

An annex was built at the back of the building for offices, elevator and storage, and open colonnades were walled shut in order to make more room for cold storage. The ice for cooling the dead bodies was produced on site.

In the 1980s, the mourning hall was closed first, follwed by the casket elevator that was operated by water pressure.

The grinder for the ashes is still there as well as the "technical floor" with the cart that was mounted on a turntable to reach the two furnaces. 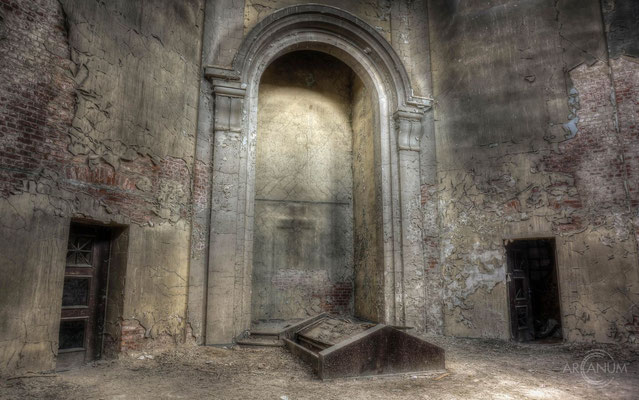 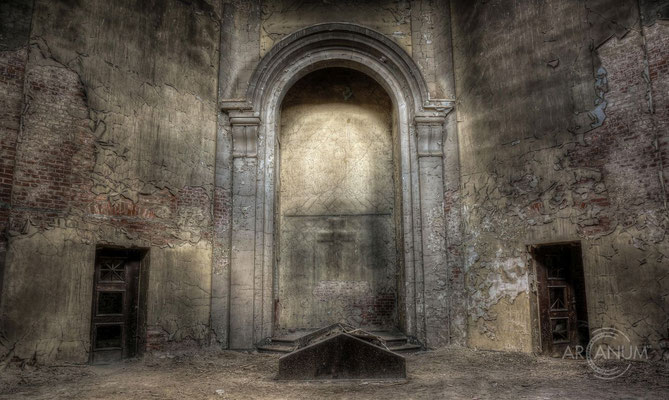 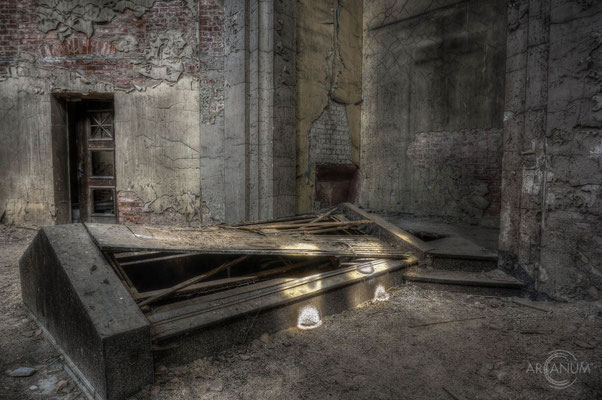 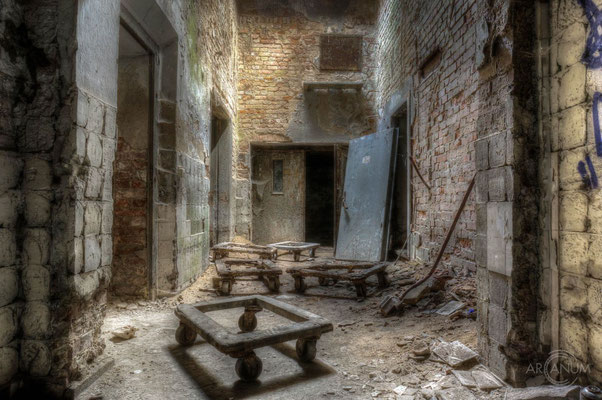 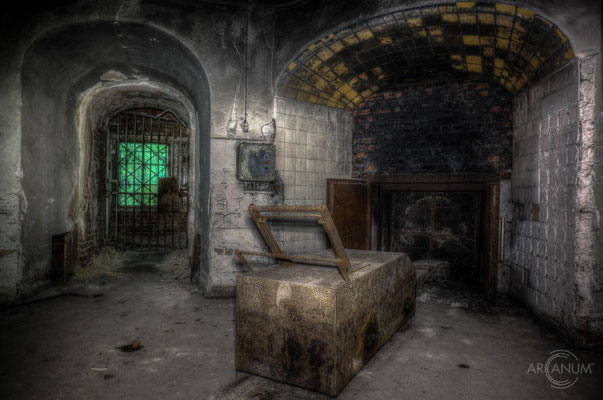 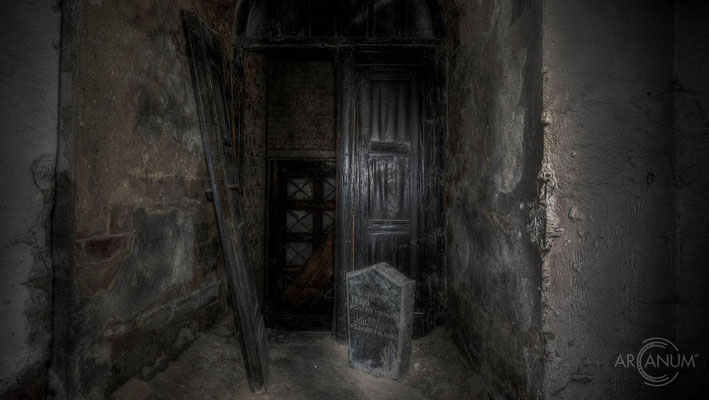 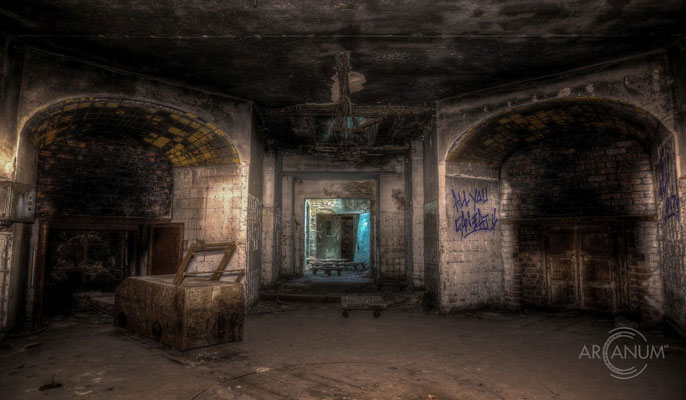 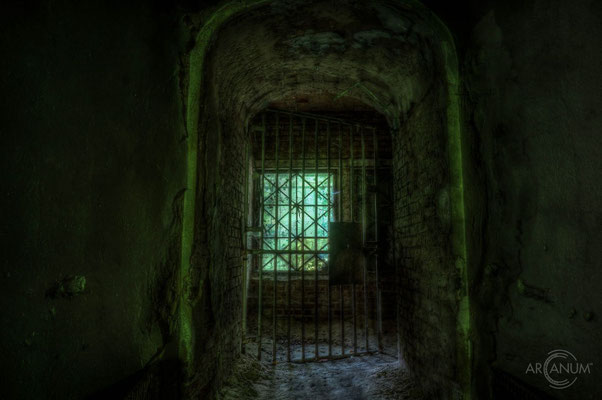 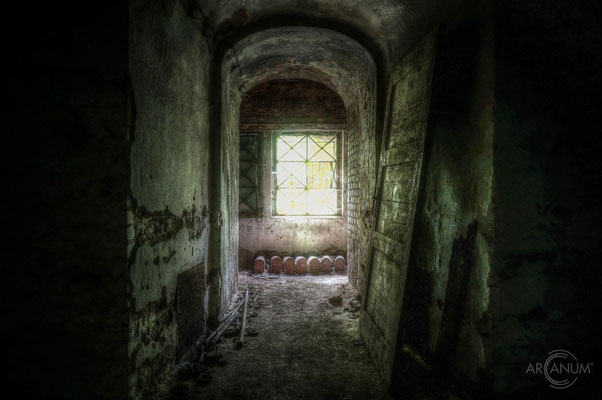 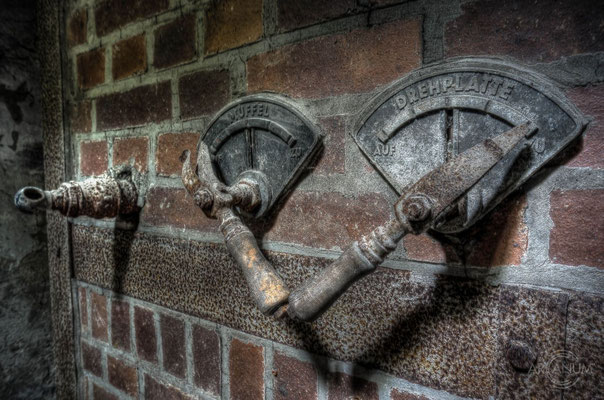 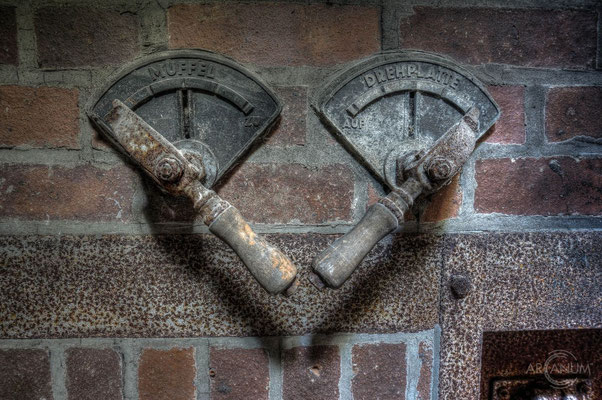 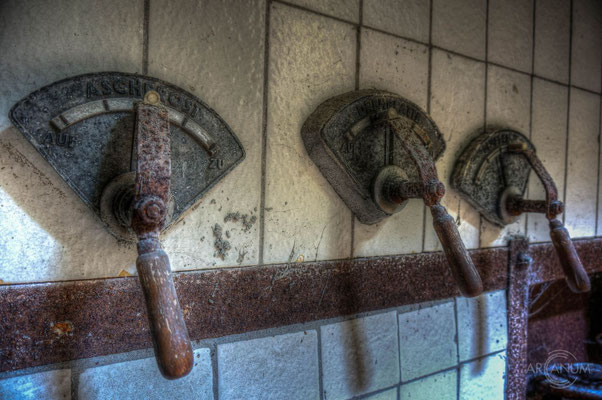 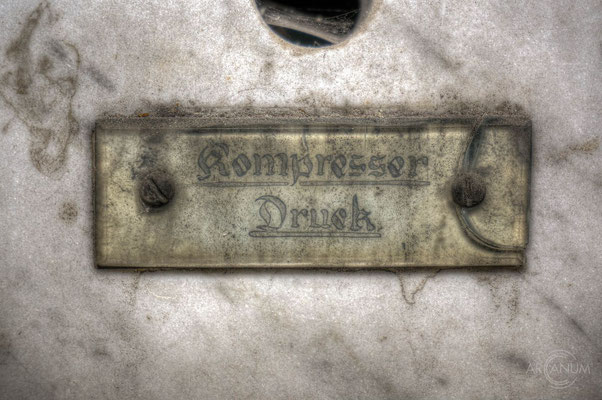 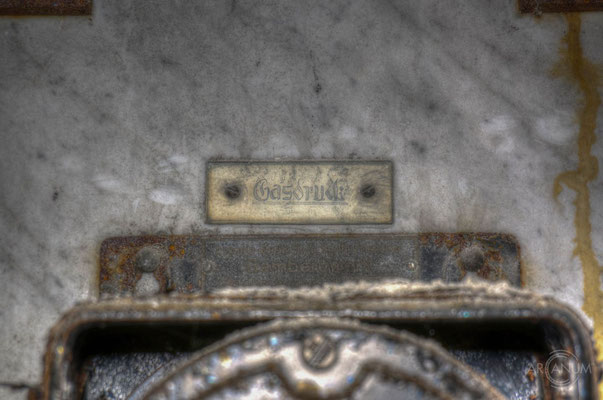 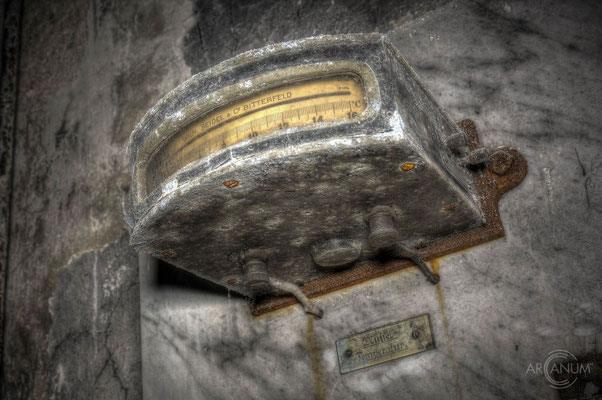 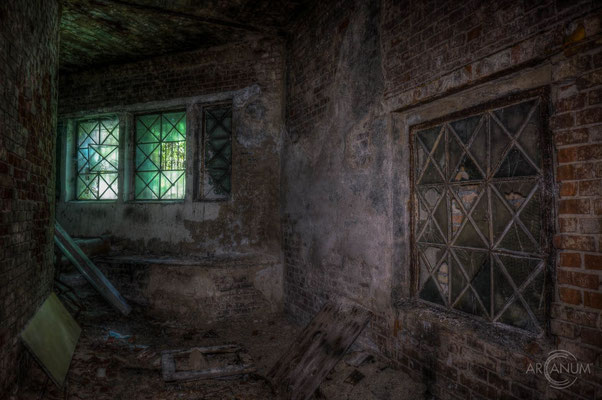 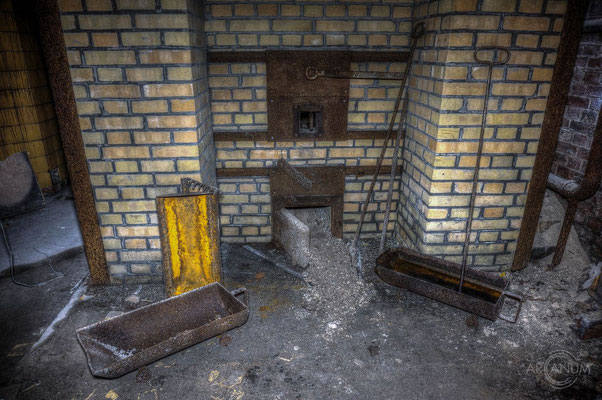 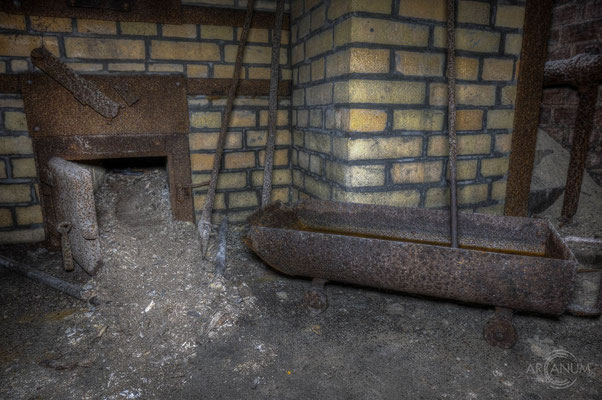 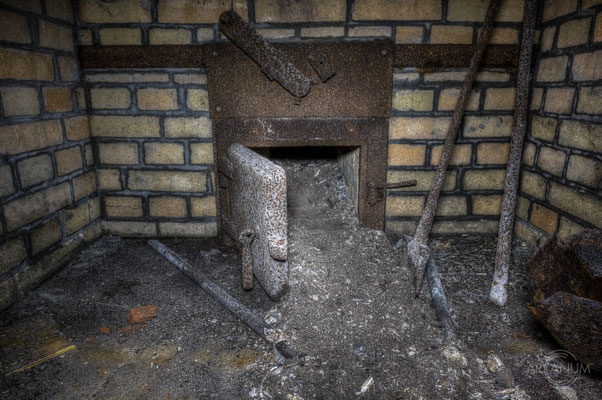 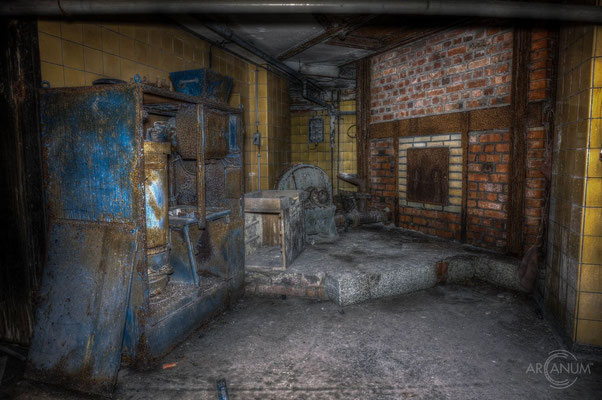 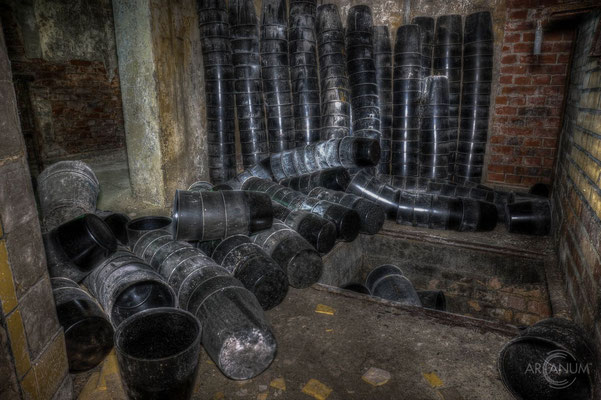 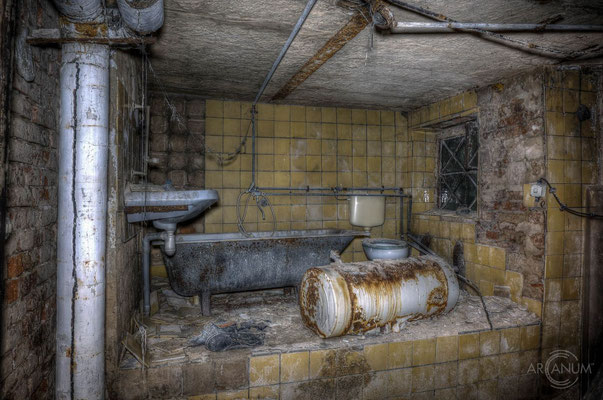 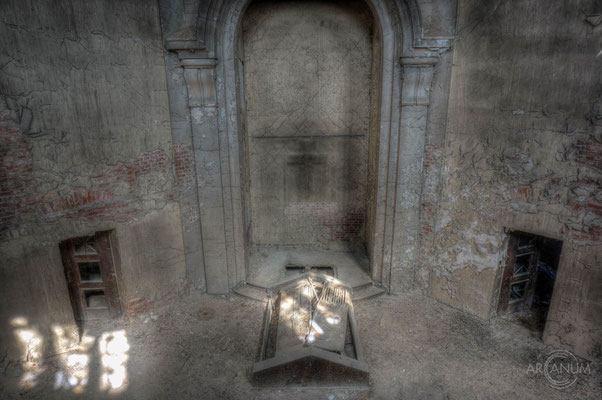