This abandoned cycling track in Northern Germany was in operation from 1965 to 2017. The wooden track, which was opened on May 24, 1965 as a replacement for a former cycling track at a different site was 333.3 meters long and had a driving surface that was 6.5 meters wide. The curve elevation was almost 50 degrees. The driving surface was made of African Afzelia hardwood, while the substructure was made of various soft and hardwoods. The cycling track was one of the fastest uncovered summer tracks in the world, has hosted German championships 18 times and was an important location for track cycling in Germany.

Because the trackwas not usable due to technical defects, the runway was supposed to be closed by the end of 2006. Only through the commitment of the region and the members of an association for cycle races, the demolition of the legendary sports facility could be avoided at that point in time.

The substructure of the cycling track was renewed in 2007. Since then, around 5000 meters of wooden slats have been renewed every year and the driving surface has been subjected to intensive cleaning in order to meet the technical requirements of the Association of German Cyclists.

In 2010 the cycling track celebrated its 45th anniversary.

After the 2016 season, the city and region announced that they would no longer support the track and the association financially after the 2017 season. The last bike race was therefore held in September 2017. 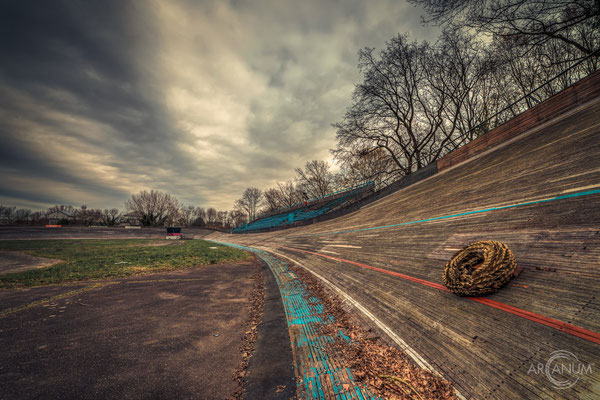 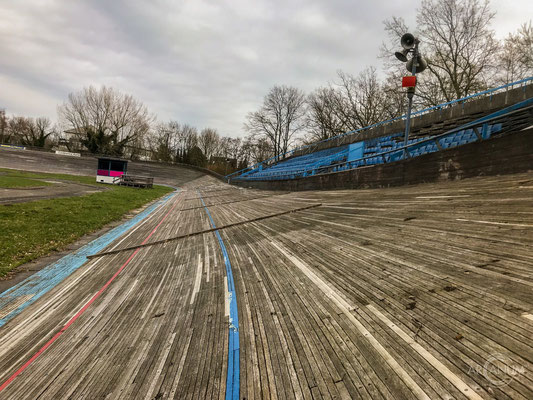 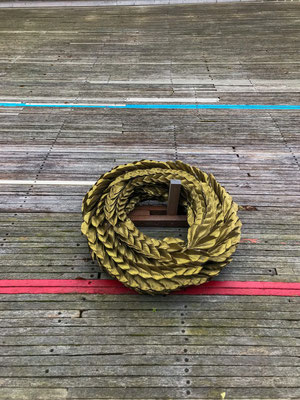 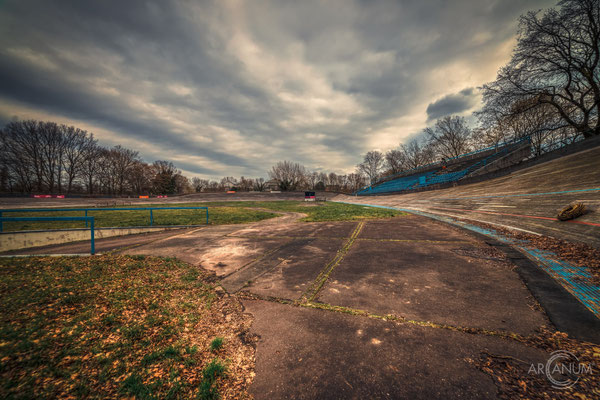 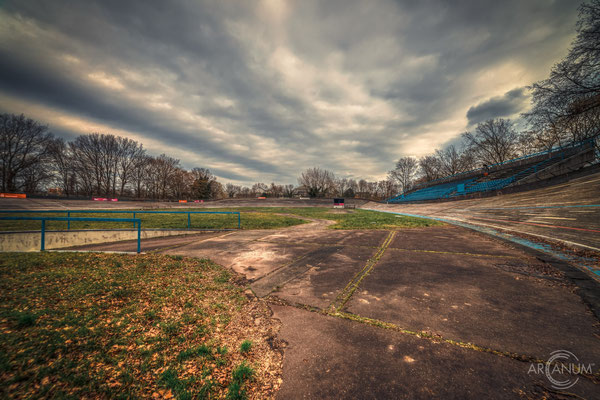 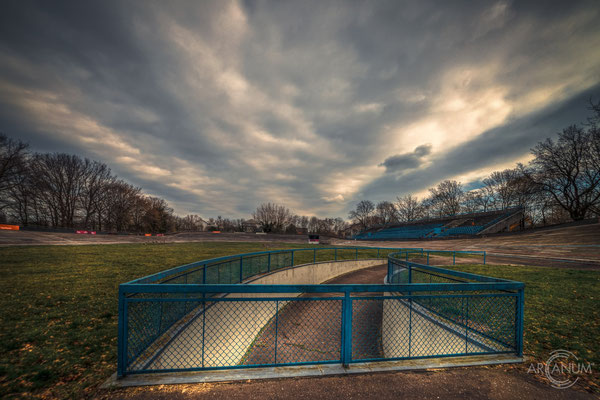 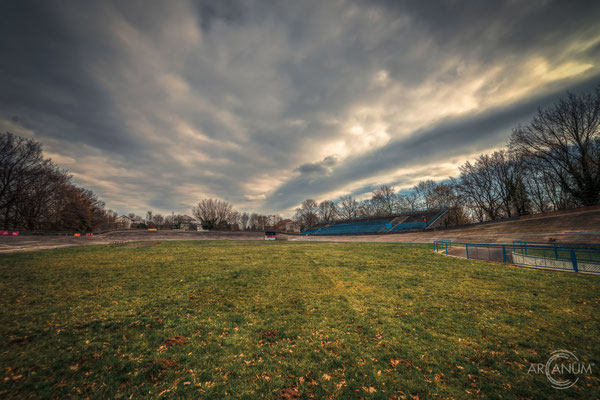 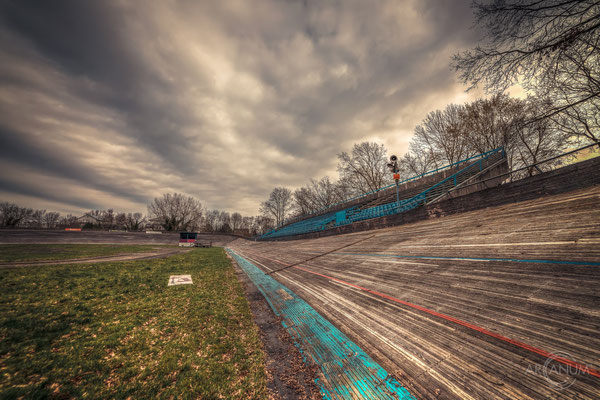 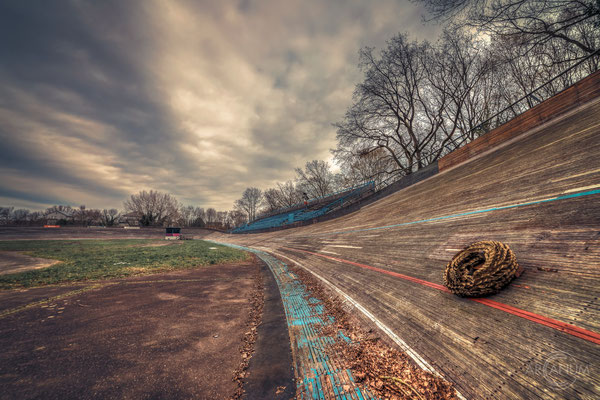 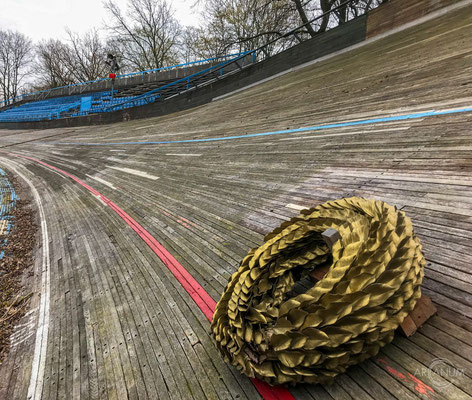 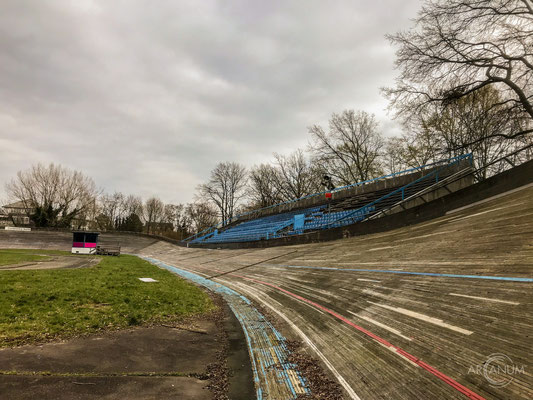 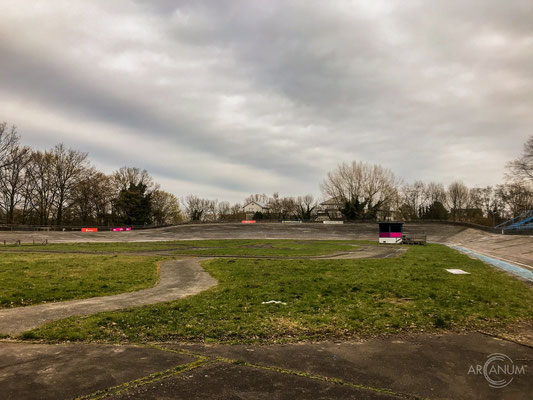 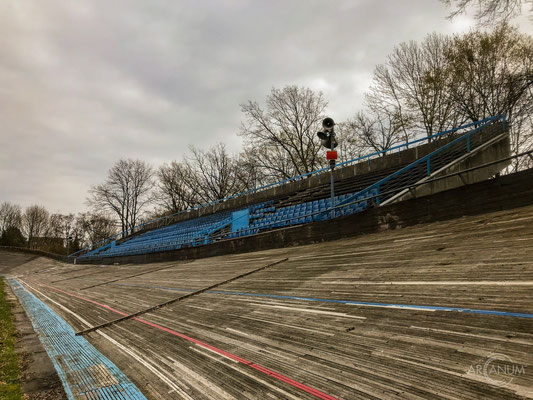