This rather trashed house used to be the villa for the chief medical director of a large clinic for pulmonary diseases.

The clinic itself was originally built as the "Reichsluftschutzschule" (the Reich's Air Raid Protection School) and opened in 1939. After World War II, the buildings were repurposed, and in 1947, the tuberculosis clinic was opened.

In 2007, the clinic was moved into new buildings. Since then, the villa stands abandoned. 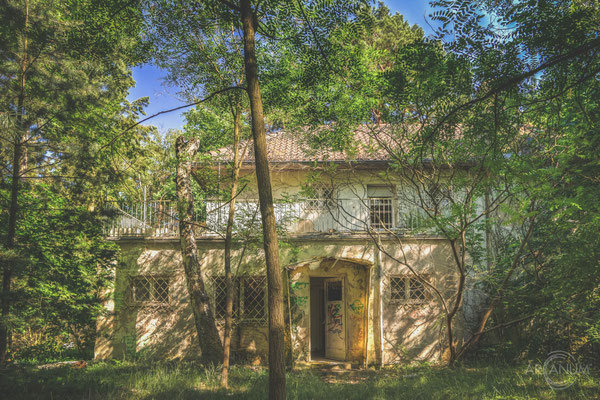 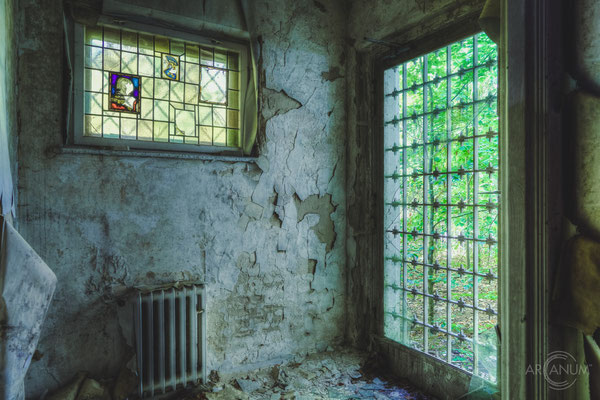 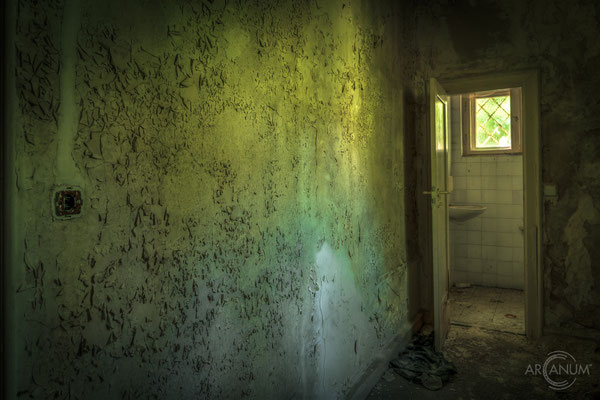 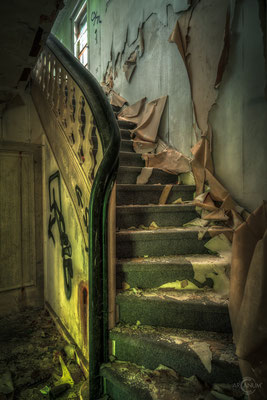 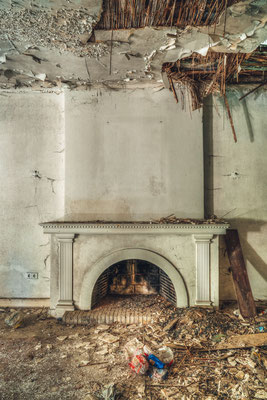 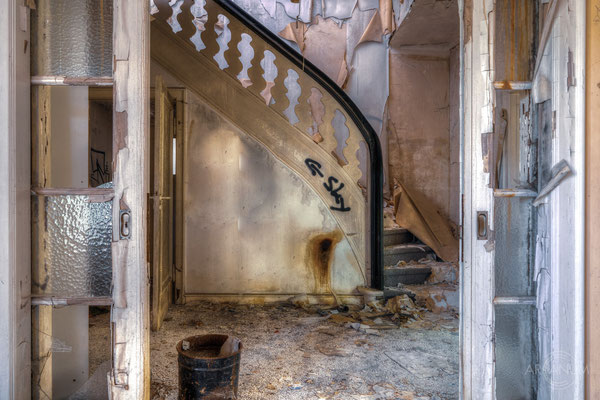 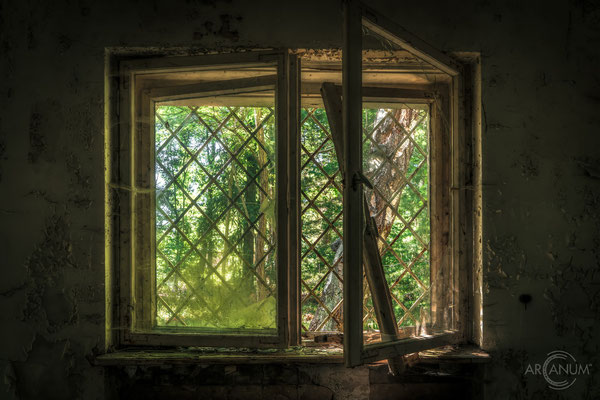