Elysium - The Tomb in the Woods

On the way home from our excursion to the Nazi fuel facility we really stumbled upon this little gem of a lost place.
Driving slowly on that "deserted back country Schleswig-Holstein road", I saw this ruin just sitting in the woods, and of course, we had to make this stop!

Further research brought to light that this "chapel" is what is left of the tomb of the landlord who bought the surrounding lands around 1820. He actually gave this tomb the name "Elysium".
He was an agriculturalist from Hamburg and supposedly developed the farms on his land in a way that made the area flourish. 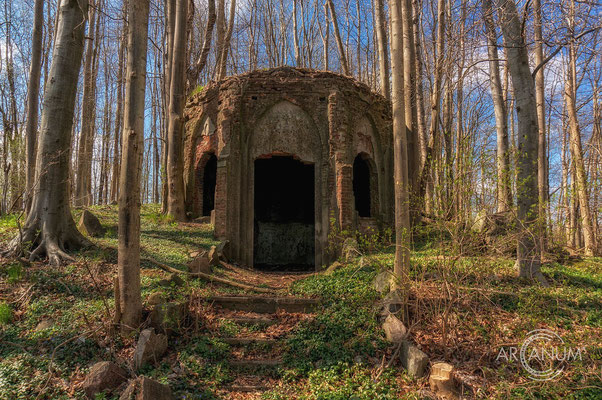 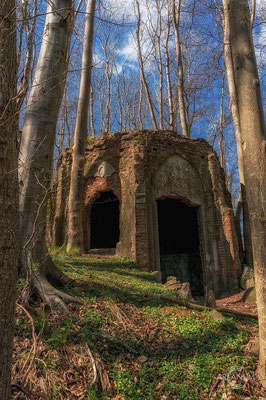 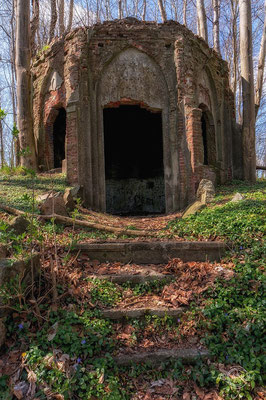 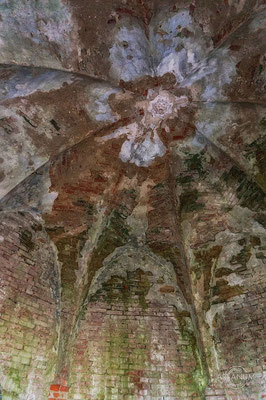 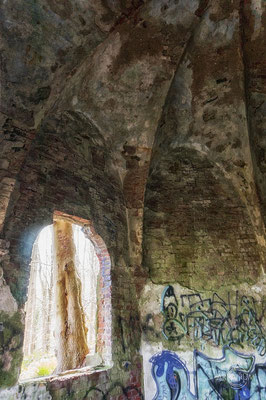 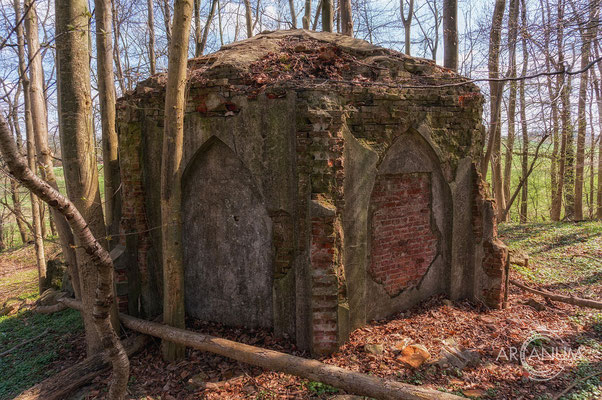 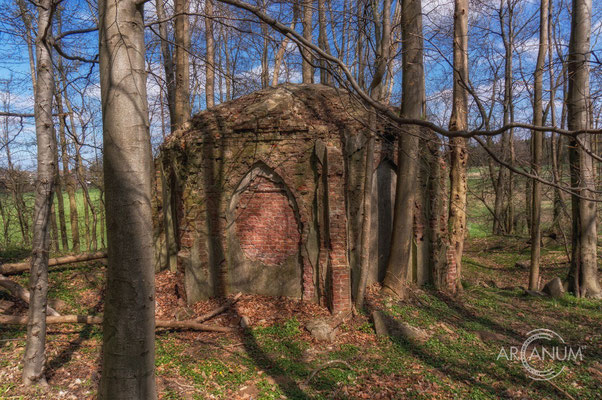 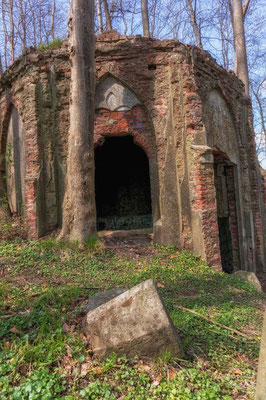 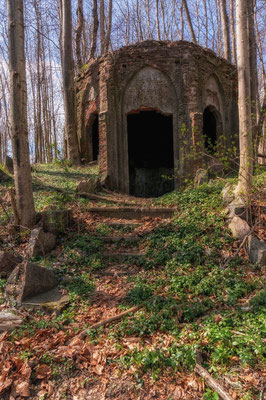 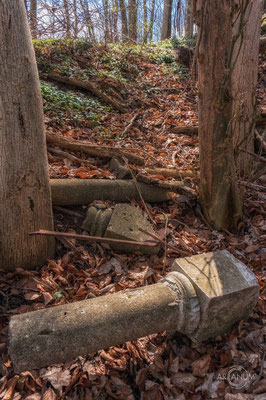 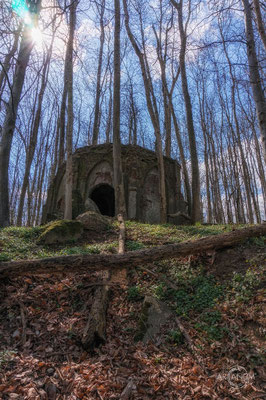