Before World War I, this house was built as a luxury hotel with park-like surroundings.

As early as the middle of the 1920s, the state insurance intitution started using the building as a clinic for eye surgery.

This use continued up until the 1980s.

After that, the object was sold to a real estate agent.

During the time between 1992 and 1997, the former hotel was used to accomodate applicants for asylum, but aside from that, nothing happened with the old building. The house itself as well as the adjacent building, which had once been used as the nurse's dormitory have been decaying ever since and already have been victim to juvenile arsonists twice already. 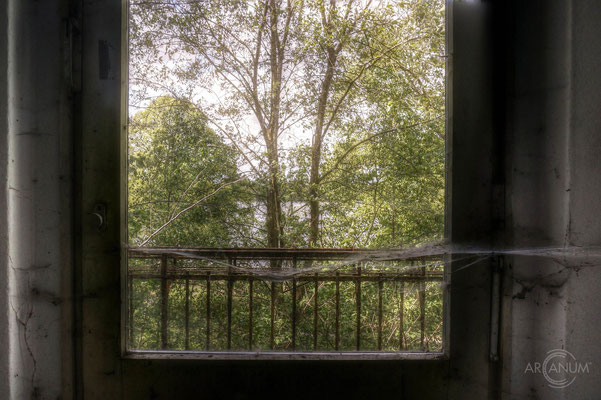 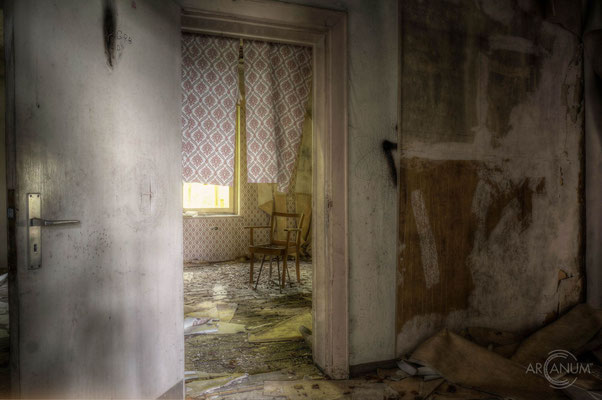 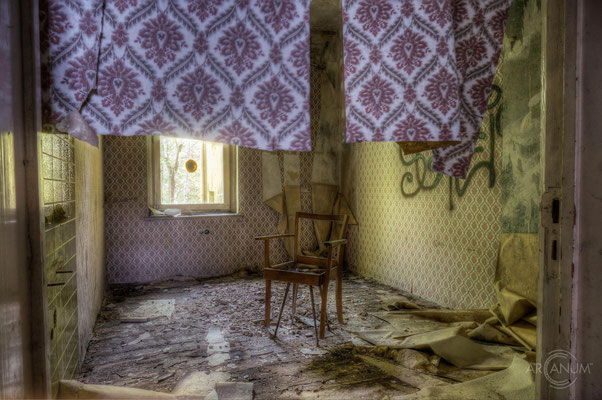 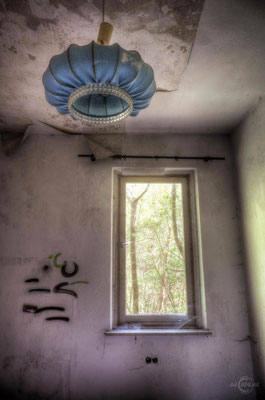 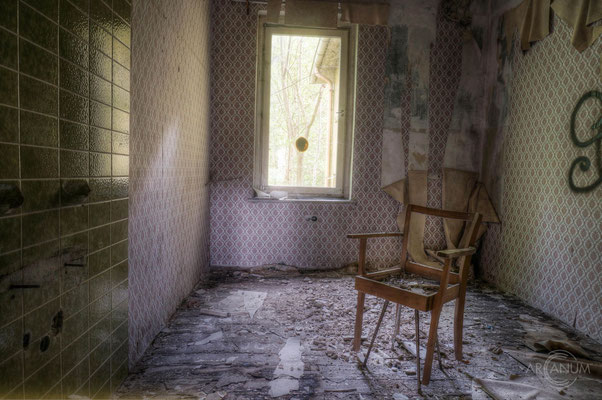 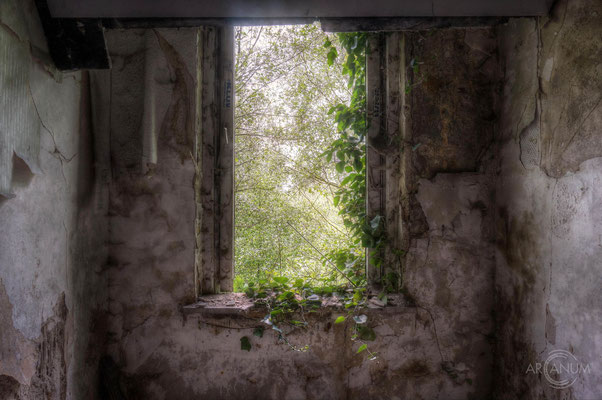 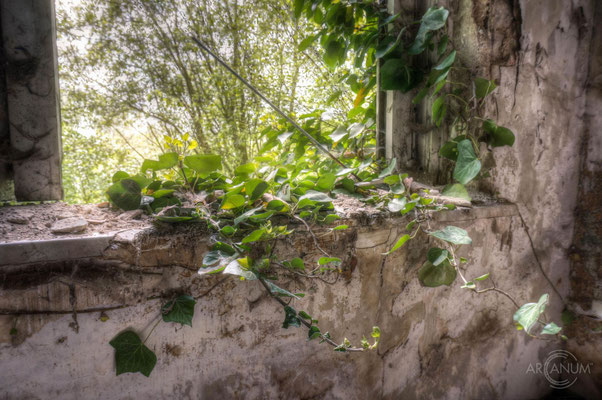 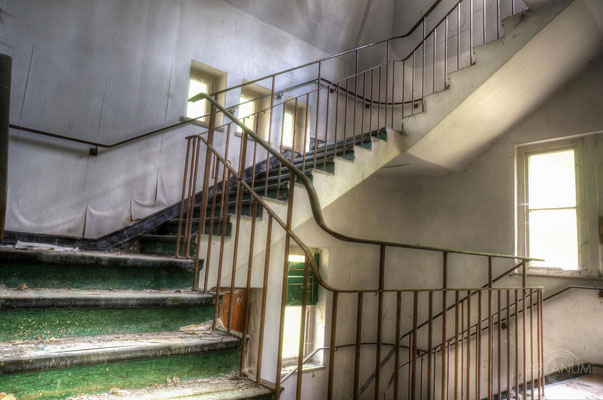 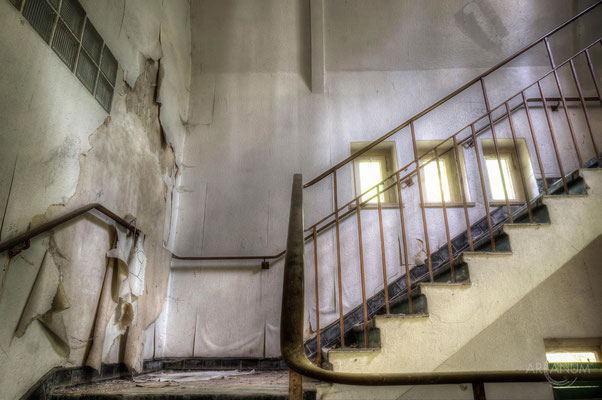 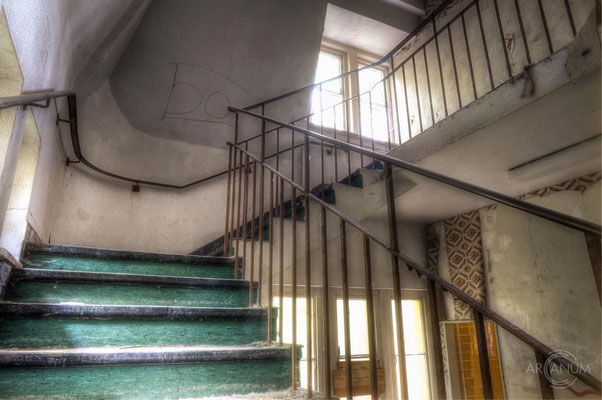 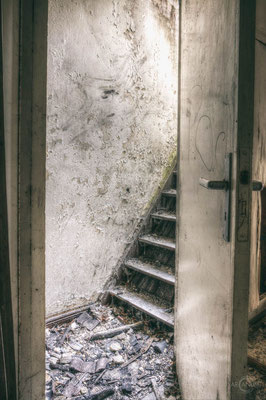 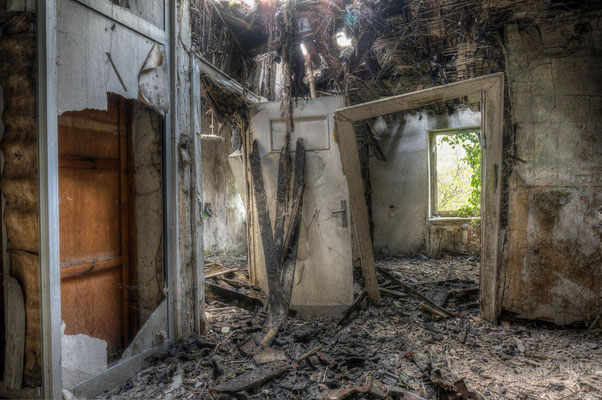 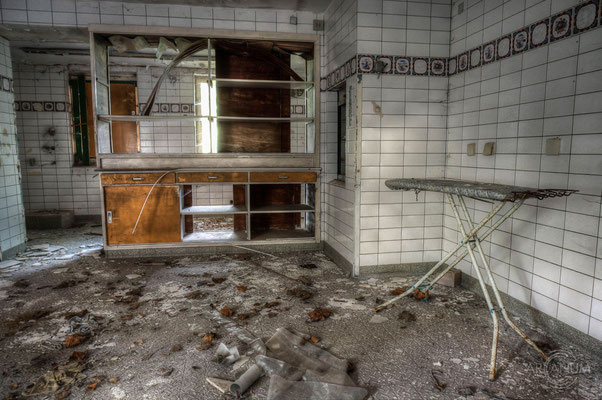 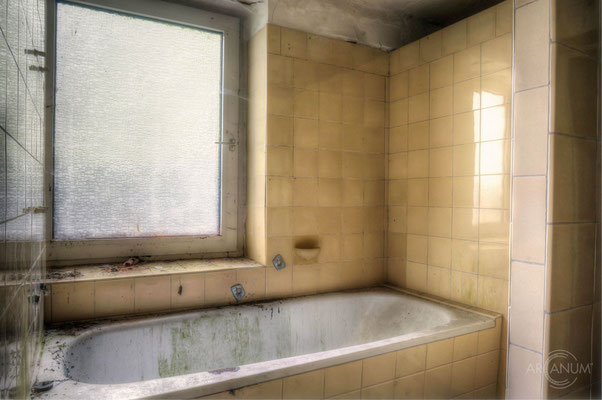 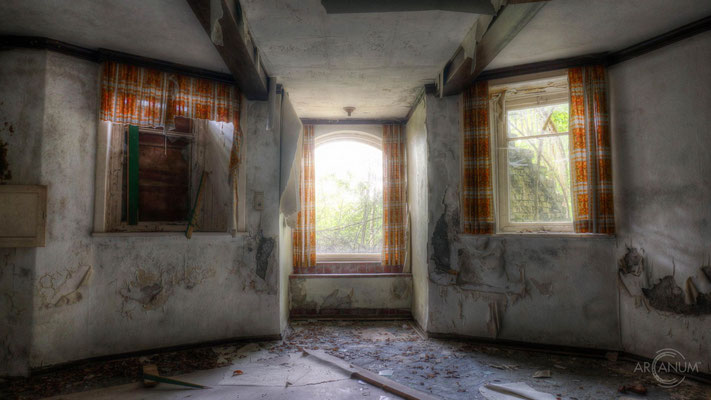 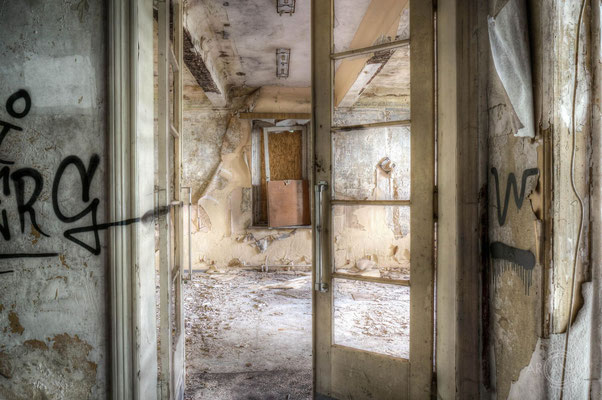 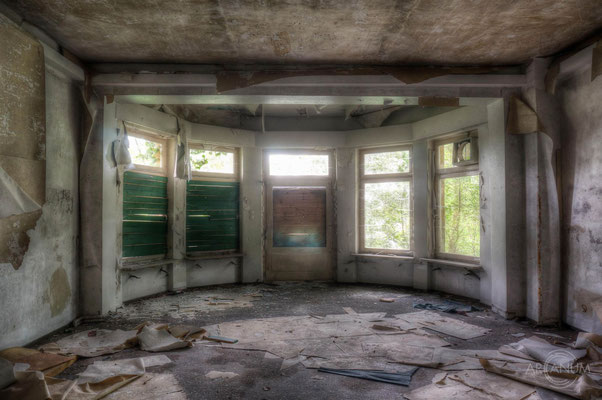 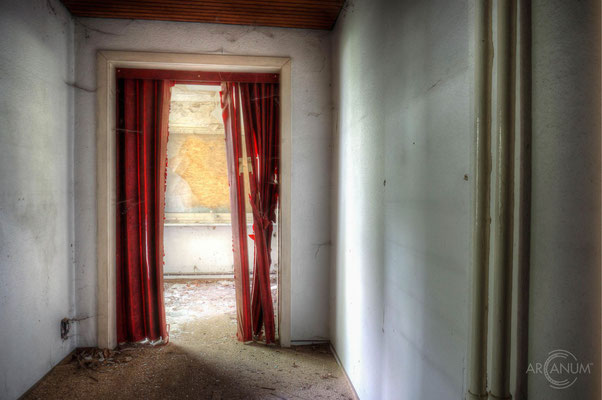 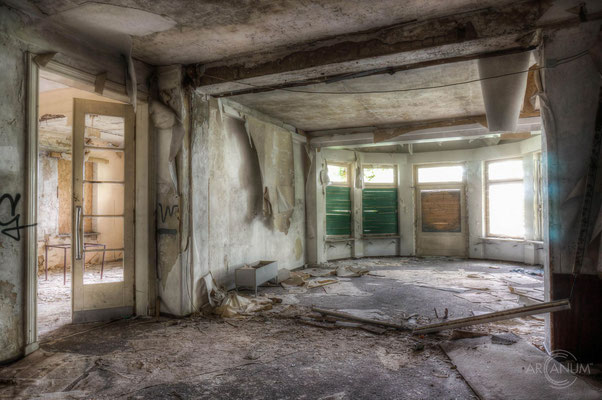