This fiberboard plant should become the largest employer in the region.
Since no extensive forests were nearby, they wanted to produce Fibreboard of rape straw. The construction of the plant took two years.
In December 1955, the plant was started up.
The first production year was marked by many technical and technological problems, but in 1957, already 420 people were employed.
The fiberboard plants influence on the city grew, houses were built, a company medical care and company nurseries were established, and the public bus plan was scheduled to fit the needs of the workers.
Sales of the fiberboards were good and so was mid-1957, the four-shift system "Rolling week" was introduced.
The quality of the boards was continually improved, but with rape straw as raw material no further increase in production could be achieved. So all the technology in 1965 switched to wood.
The capacity of the plant increased significantly. Environmental protection remained problematic over the whole time of existence of the fibreboard plant .
The fiberboard plant polluted the surrounding waters immensely, but a solution was not planned until around the time of the German reunification .
At the end of the 1960s, a further revolution in the development of the company followed: Engineers were working on the production of a new fiber plate - the medium-density fiberboard (MDF)
At the same time, the construction of a branch of production began for the production of living room and bedroom furniture.
The factory site was expanded to 50 ha. Furthermore, now there was a collaboration with West German and Swedish (sic) companies.
The trial runs for the MDF line at the beginning of the 1970s was riddled with difficulties. But despite all the problems the production of MDF was a great success throughout Europe. This was also recognized by the party and the state with awards like the "Banner of Labor" and "Order of Karl Marx".
In the late 1970s the "Möbelkombinat" was founded. The fiberboard plant was one part of the furniture combine, consisting also of two further divisions and an engineering firm for rationalization.
The furniture combination controlled a total of 71 production facilities in the districts of Rostock, Schwerin, and Neubrandenburg.
1983 every tenth resident of the city worked in the fiberboard plant.
But with the reunification, the combine had to adapt to new structures of a free market. The "Holz GmbH" with over 1700 employees was formed from from the fiberboard plant. But the Eastern European market collapsed and the contractors of the facitlity had production problems. So the company had to file for bankruptcy. In the early 1990s, a new company with just over 500 employees was created. But this attempt also failed.
The products had sales problems and the production cost was just too high. From the federal funds, outdated machines were bought for the new plant. In 1994, the state became the main shareholder, as further funding had not been sufficient. In December 1995, bankruptcy was filed.
Further attempts to secure the fate of the company failed.
The now privately owned company ceased production. The employees then occupied the factory for 359 days. At the end of June 1997 the last employees put out the candlelight vigil. 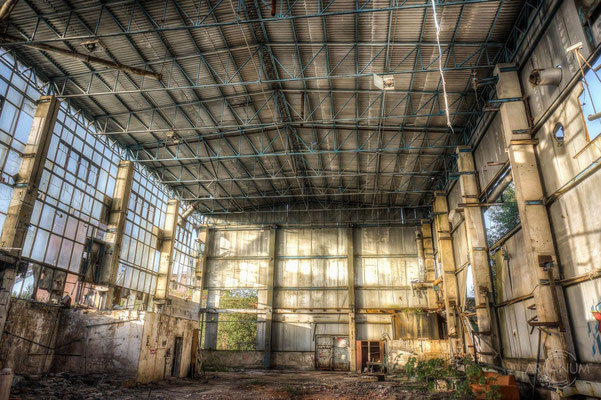 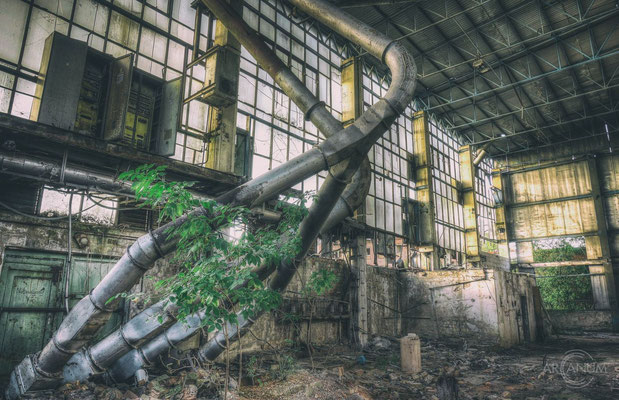 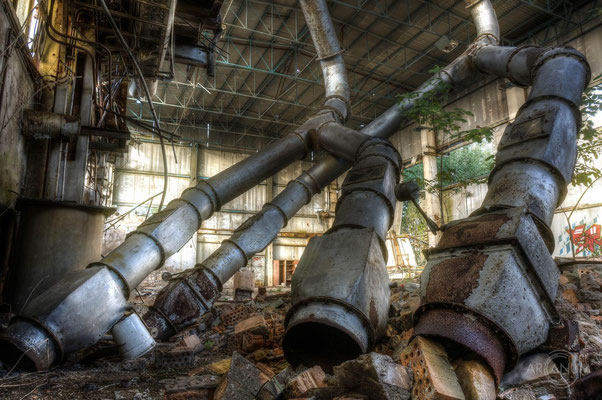 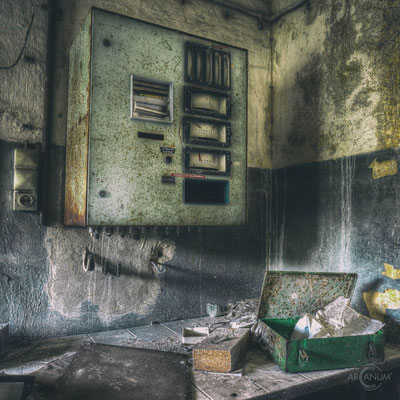 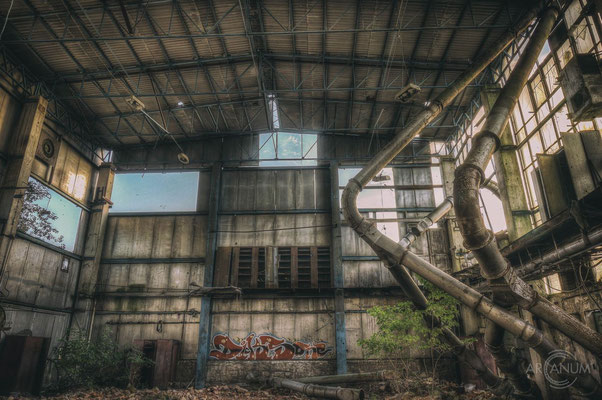 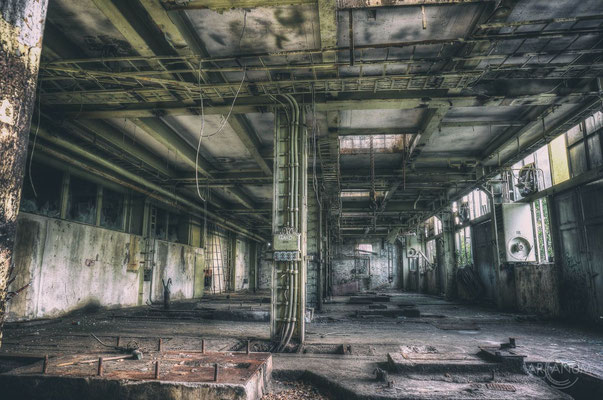 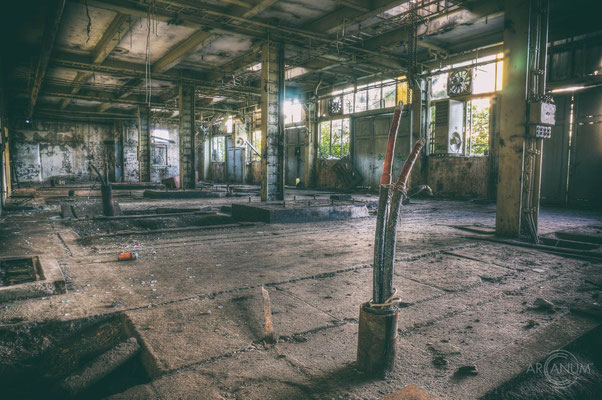 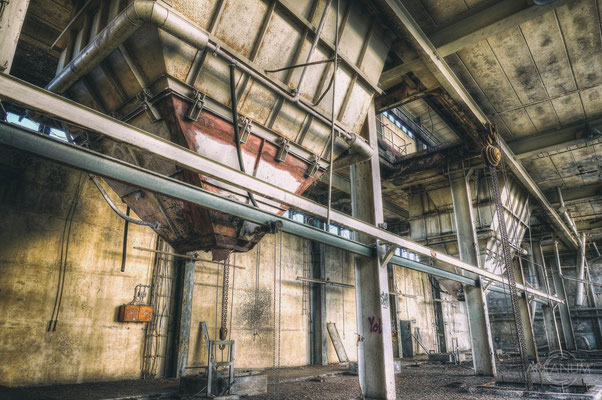 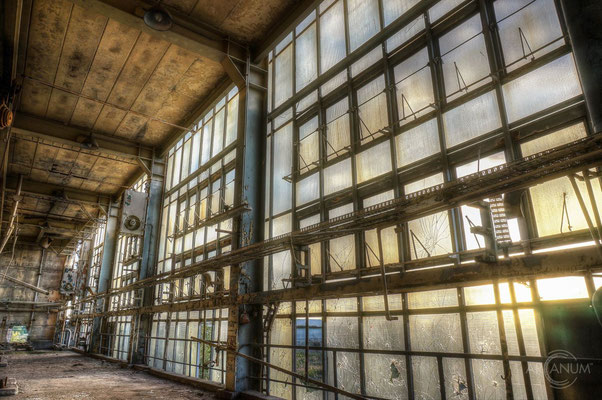 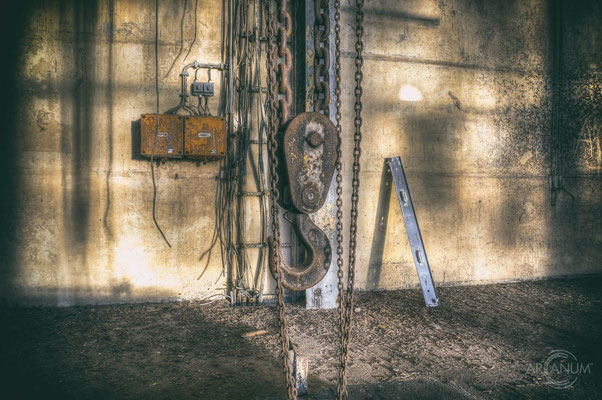 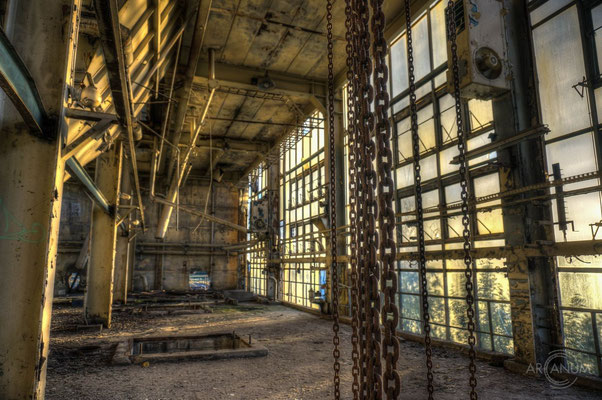 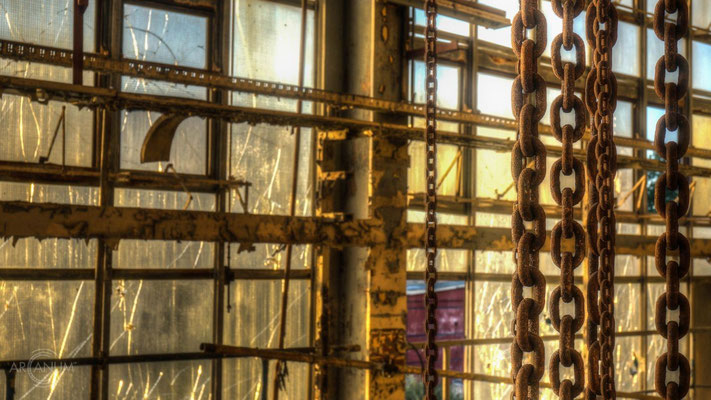 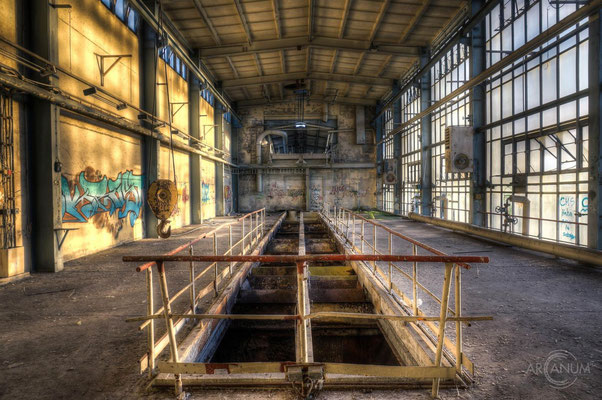 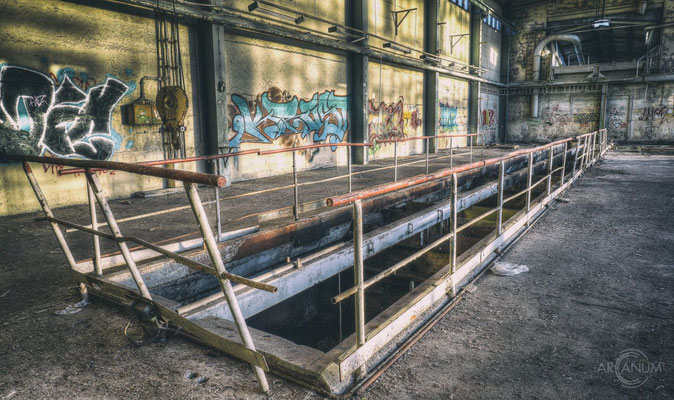 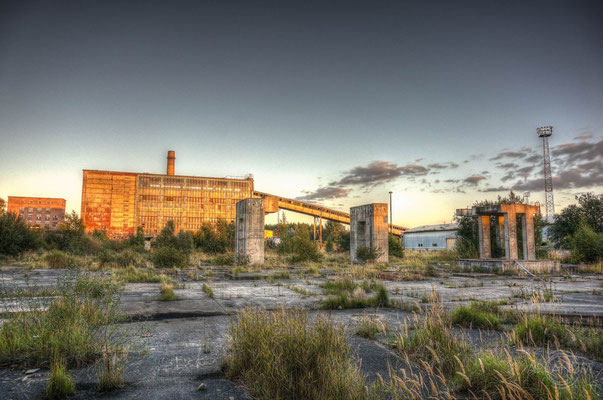 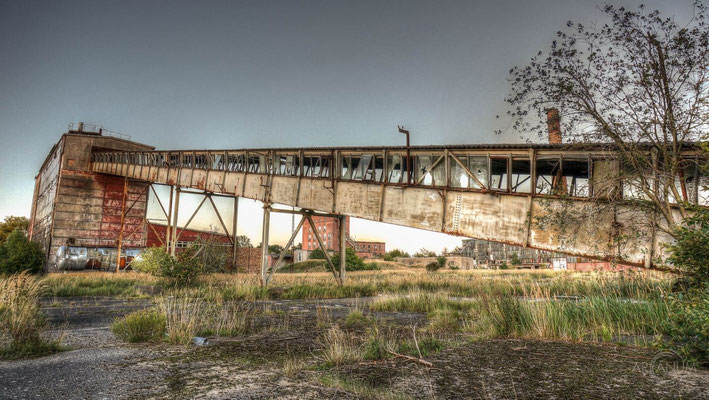 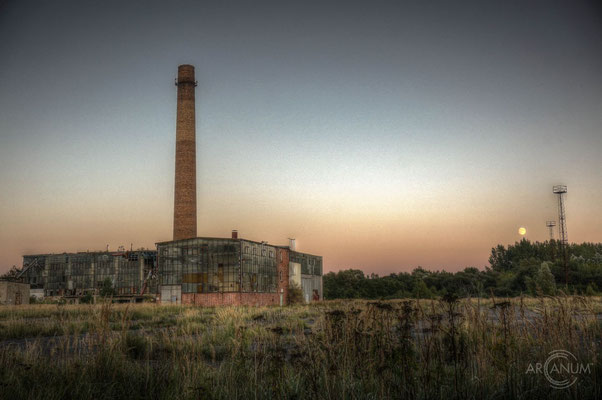 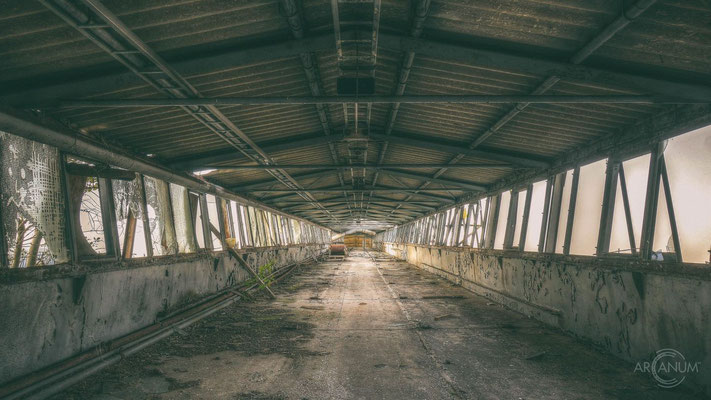 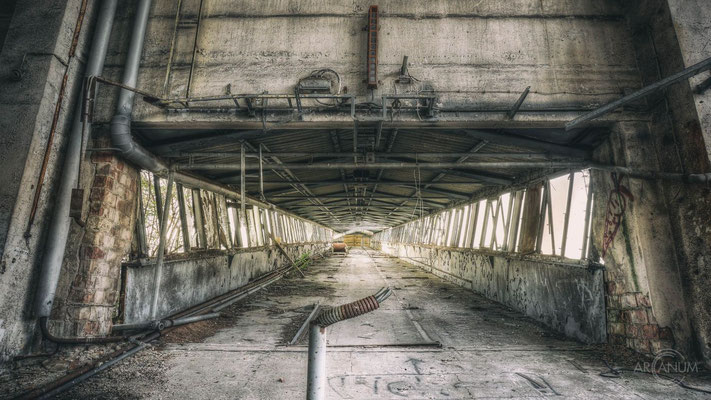 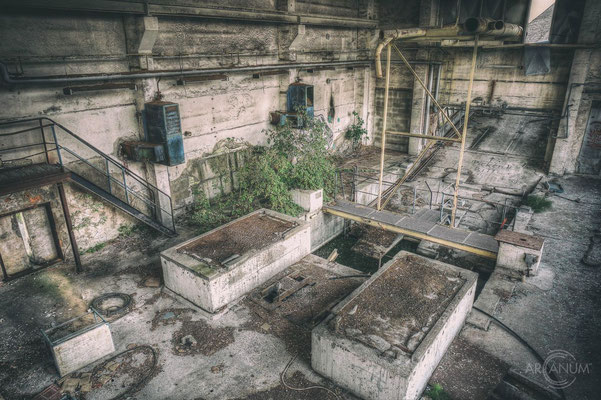 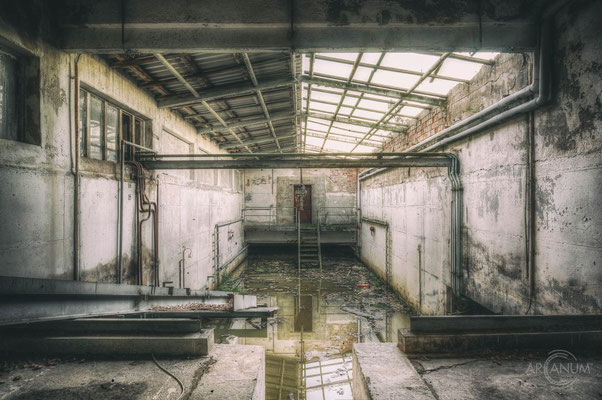 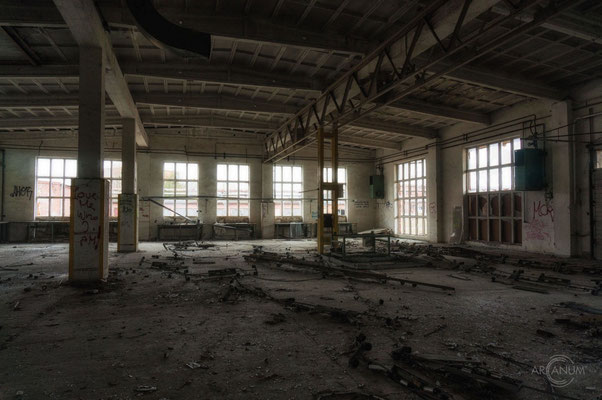 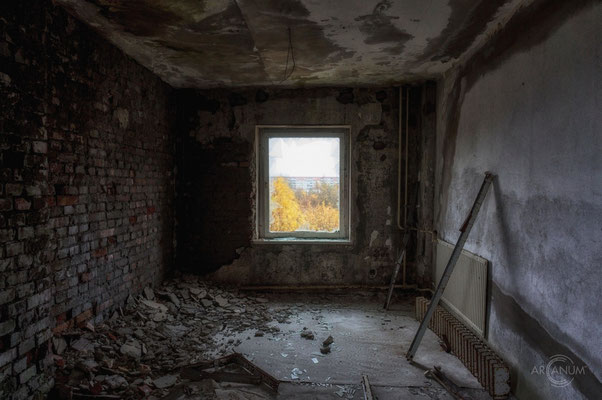 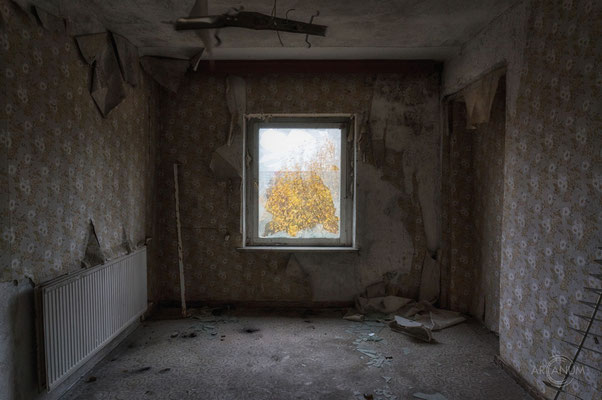 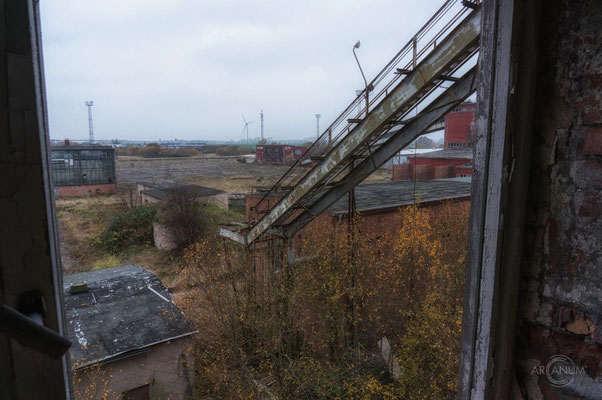 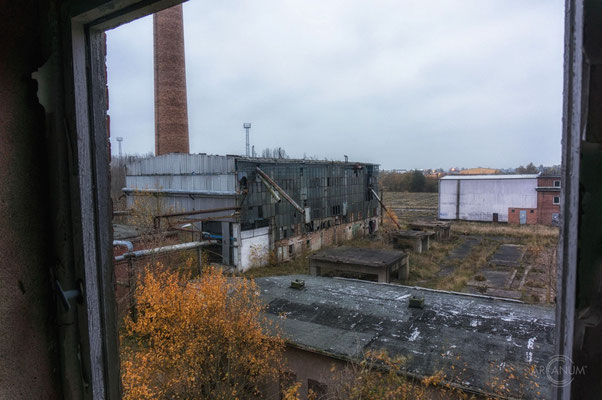 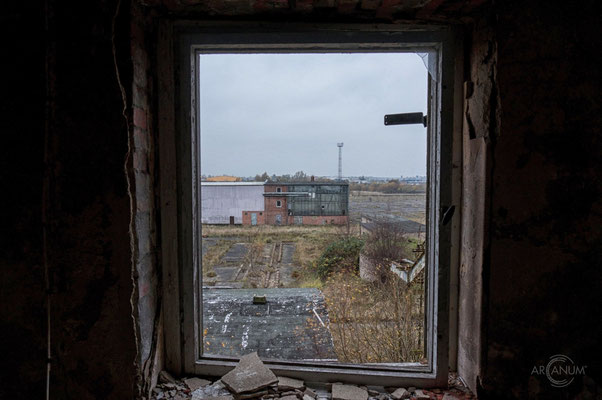 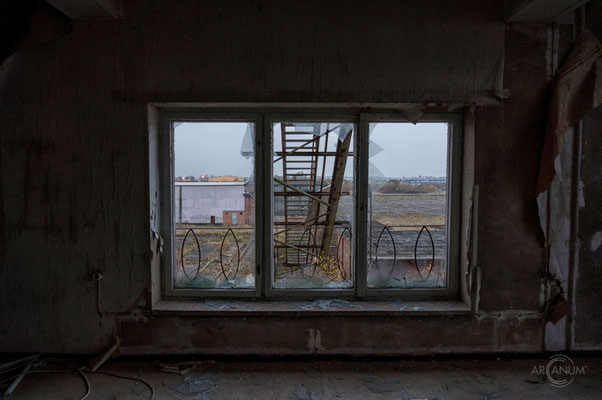 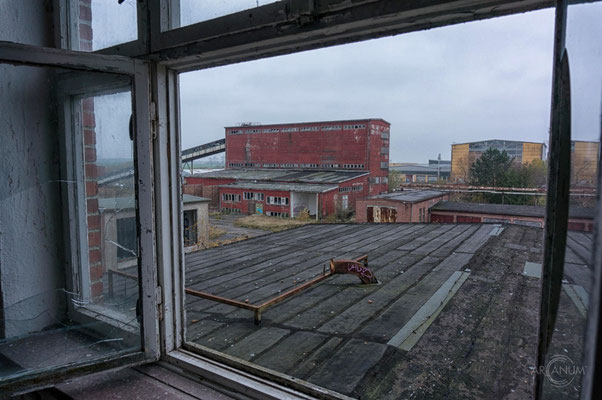 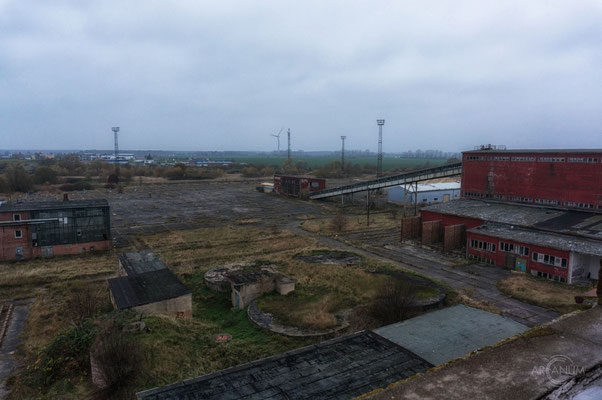