This half-timbered house was built as early as the 1770s. Since its early days, it was the  place of residence for the local foresters.

After World War II, it was used for the accomodation of families. The last of these families left their home in 1993.

Since then, the old house has been abandoned and the decay has set in.

In the local media, the house is being dubbed the "Eyesore at the Town Entrance".

In 1981, the East German Head of State, Erich Honecker, visited the small town, and the municipal leadsers nailed firs to the walls of the house for decoration. As with many abandoned places in Eastern Germany, it appears that the local people are using the house to store trash. 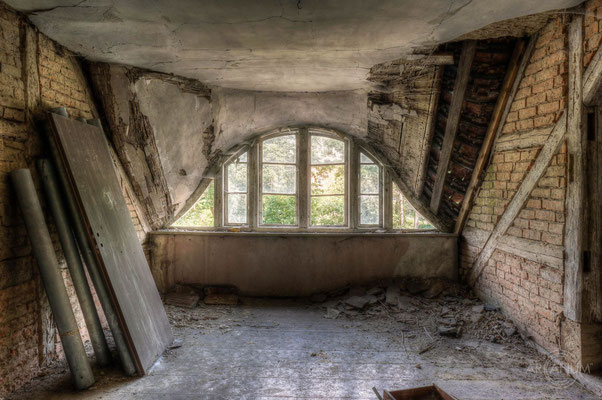 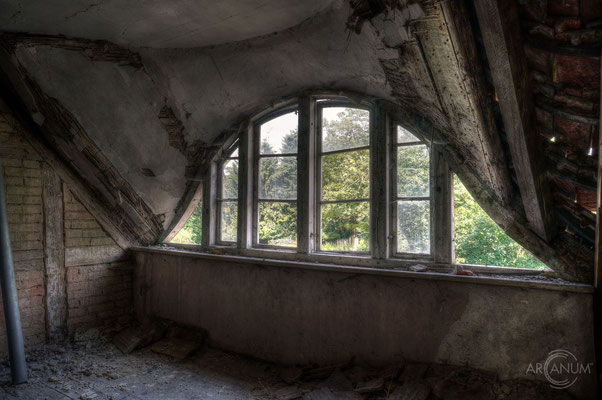 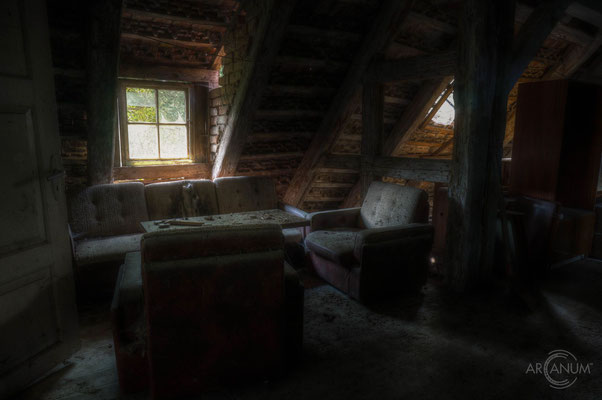 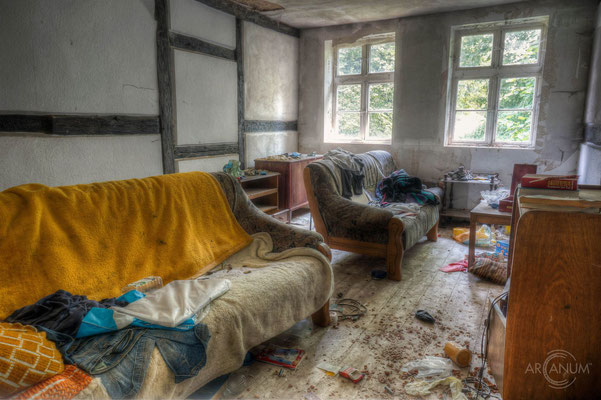 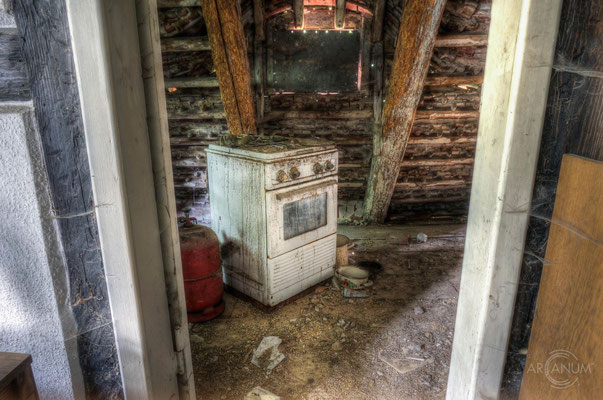 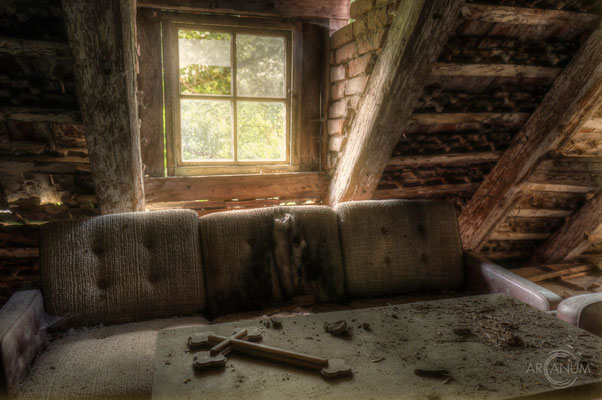 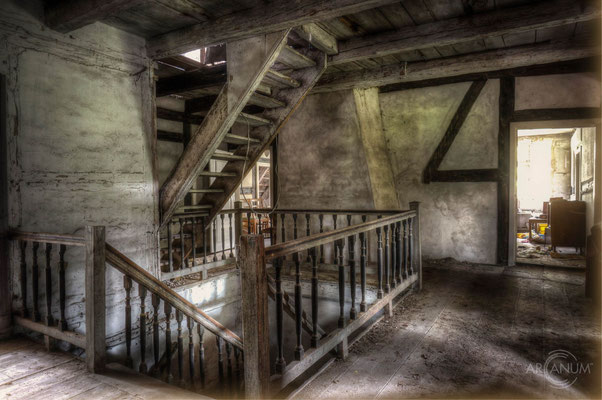 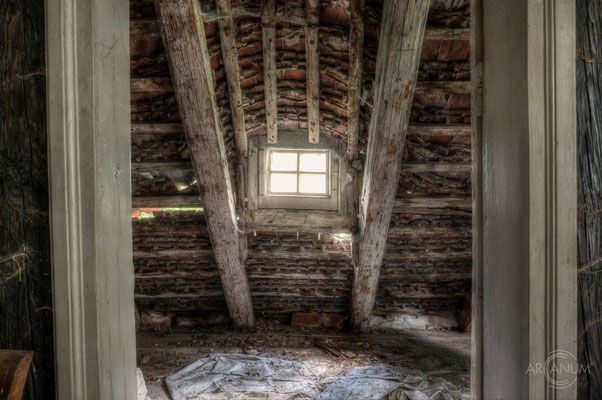 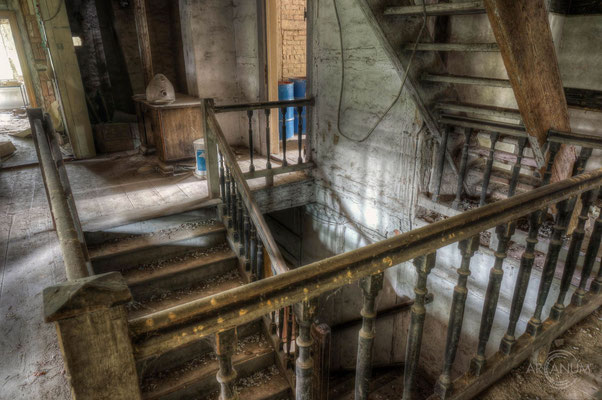 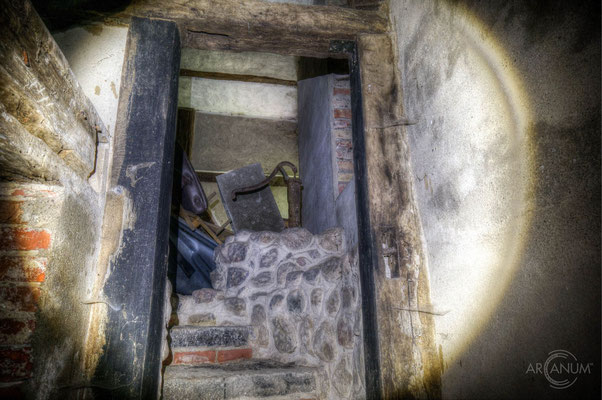 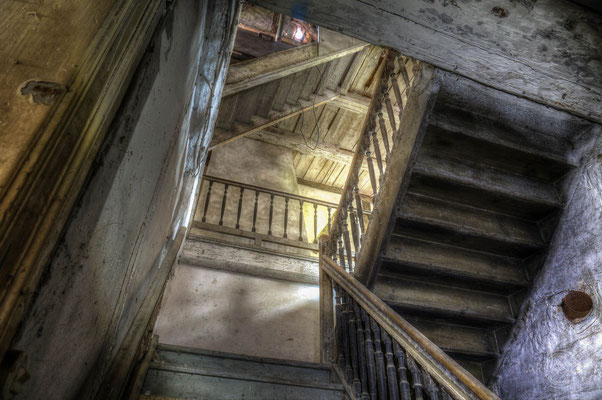 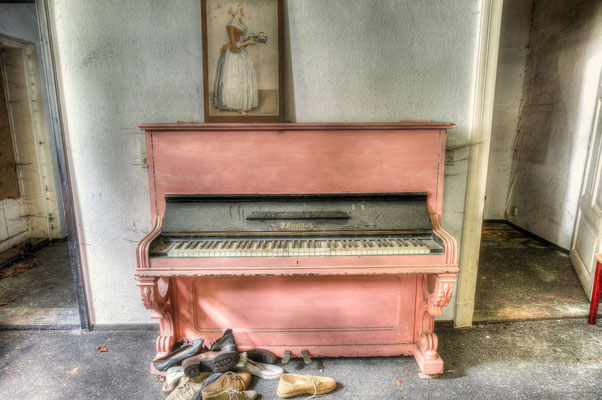 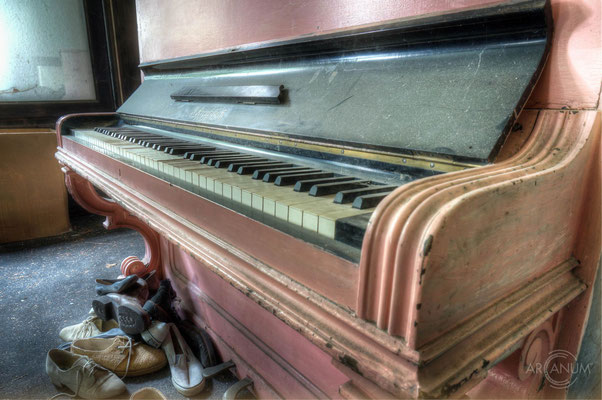 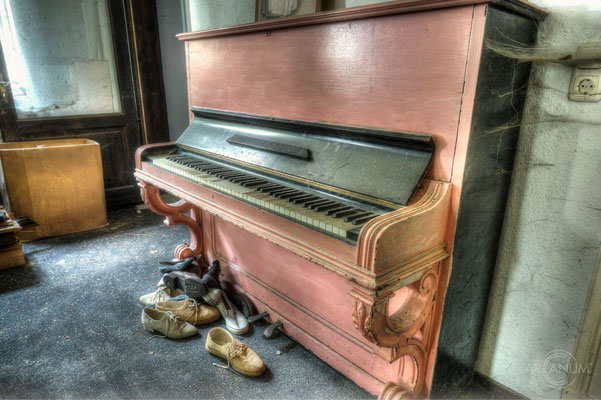 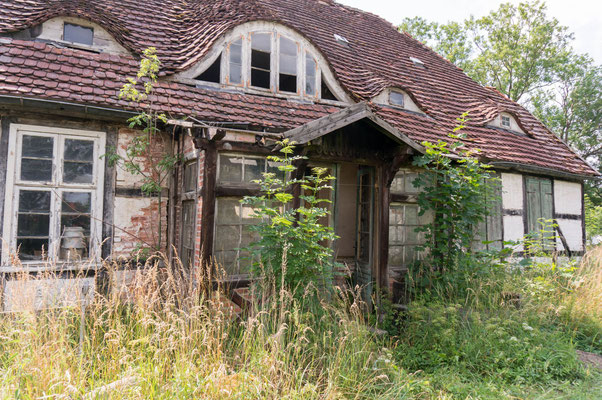 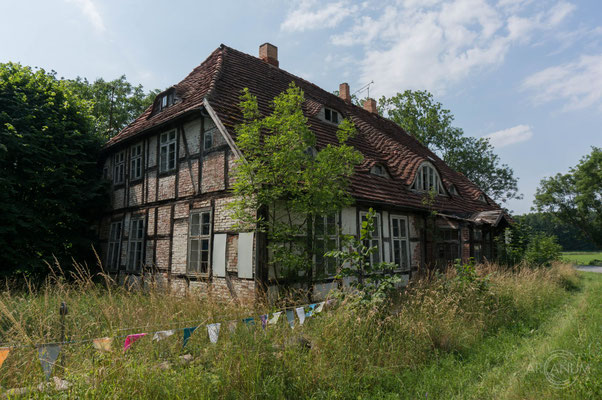