The "Heaven's Cave" is a cave system formed in anhydrite and gypsum rock. It contains the largest natural cavity in a low mountain range in Germany.

The cave was discovered in 1868 during preliminary excavations for a 268 -meter-long railway tunnel, which today leads along the length of the cave, that was twice as large before the tunnel was built.

The cave-side tunnel wall was initially protected against stone chippings by  bundles of brushwood, and from 1906 by a 6m thick earth deposit,

which proved to be inadequate due to huge falling ceiling blocks .

Then, in 1937, a 50m long backfill tunnel was drilled above the west portal of the tunnel, and through it, more than 7000 m³ of backfilling material was put into the cave and onto the tunnel vault.

In order to avoid damage to the tunnel structure - caused by underground water inflows and thus further leaching of the gypsum rock - as soon as  1912 a water drainage tunnel with two seperate wings was built in the deepest next to the cave. During this construction, further smaller cave passages were discovered.

Until 1927, the water drainage tunnel was lengthened again and again and continued on further wing sections, until the tunnel was about 800 meters long.

Here's a short video of the cave. 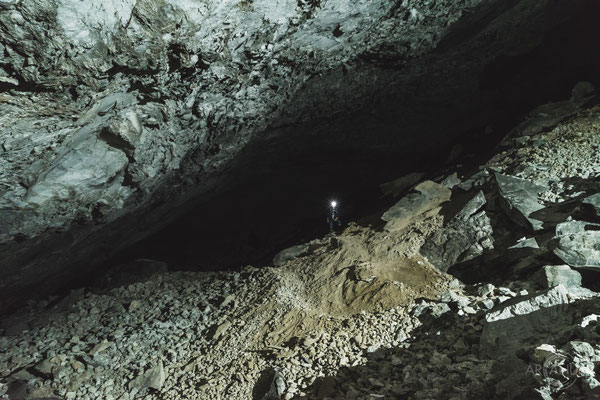 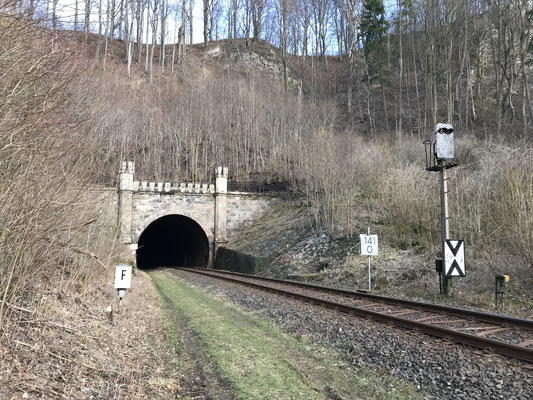 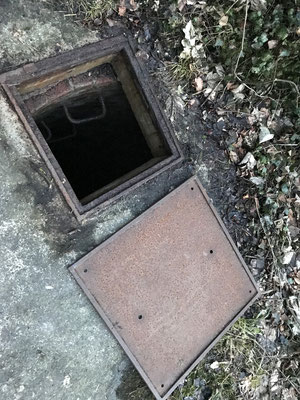 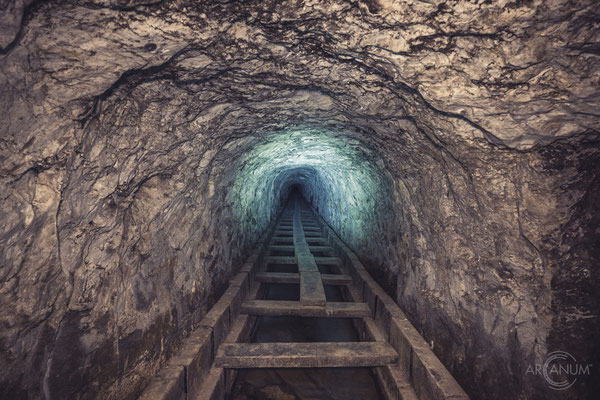 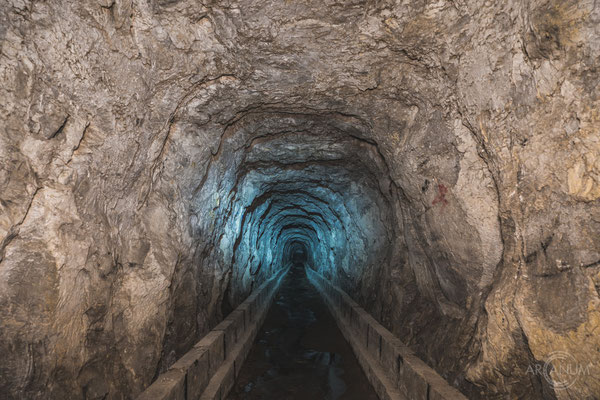 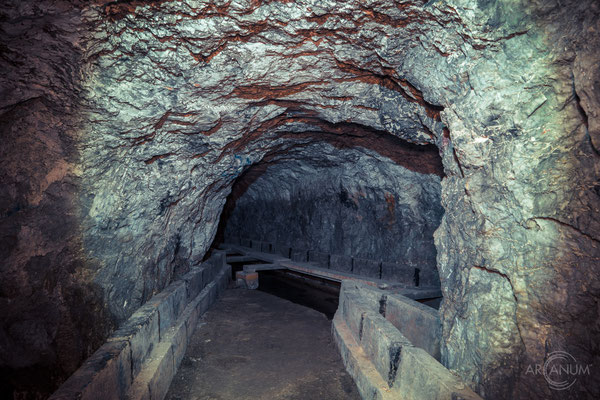 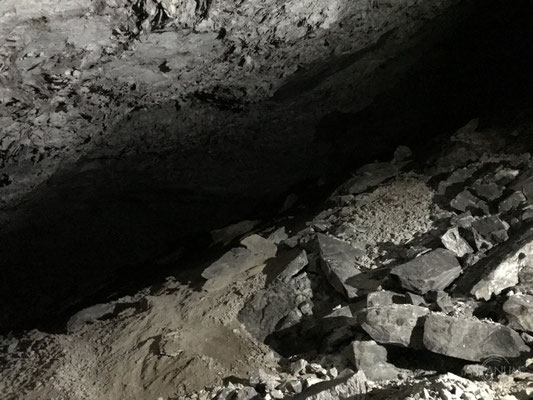 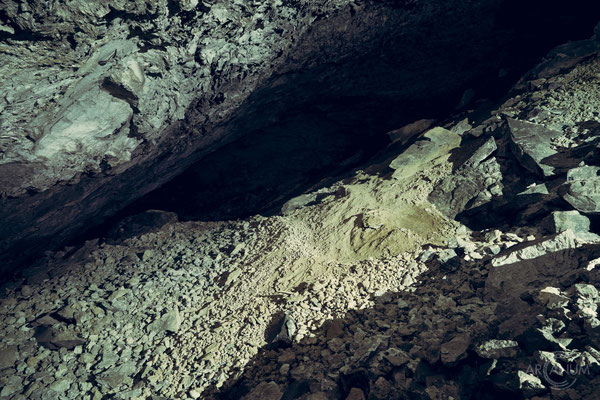 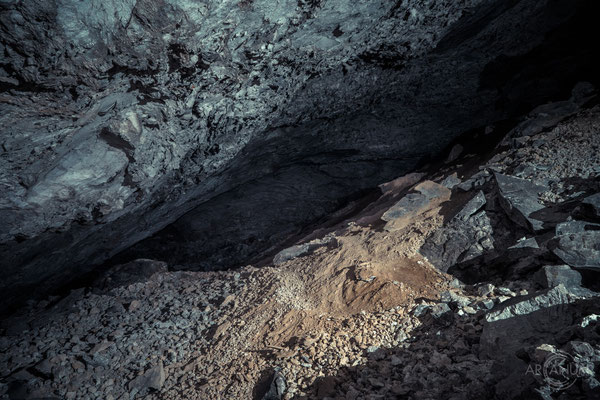 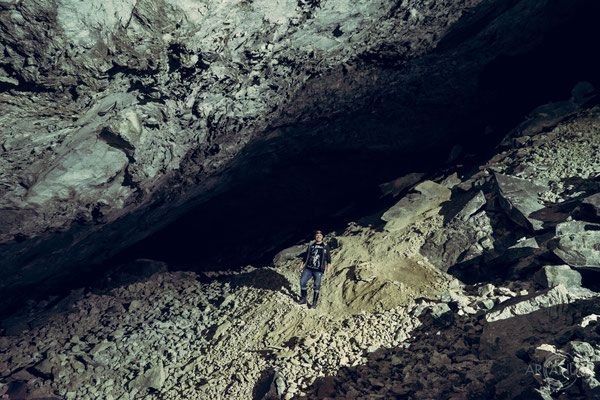 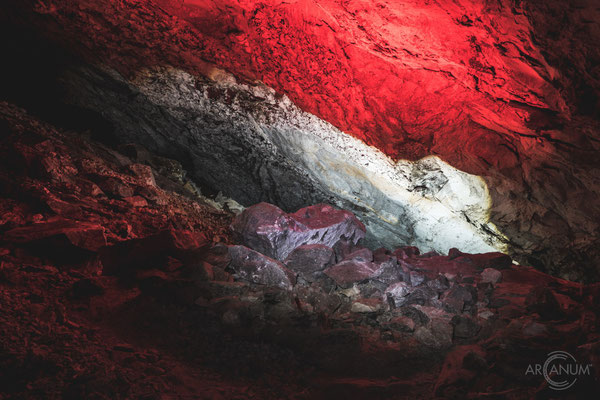 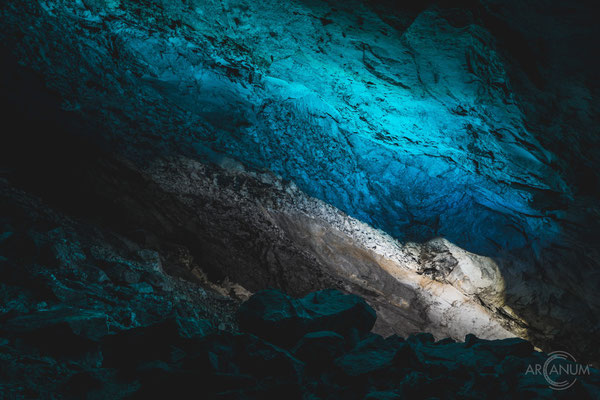 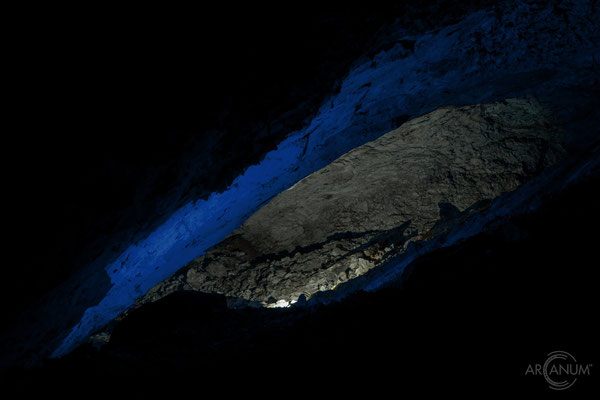 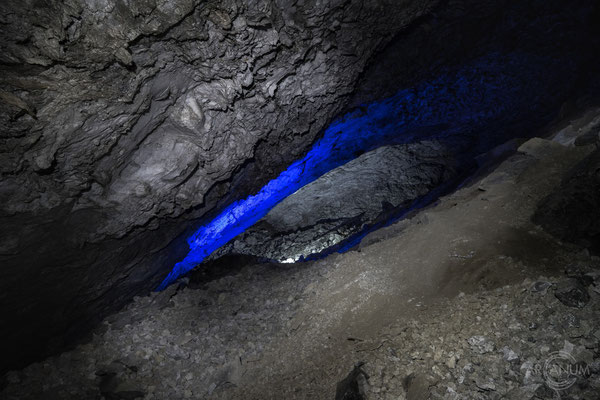 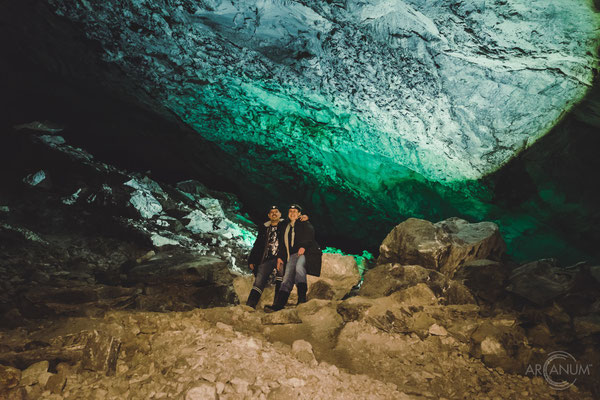 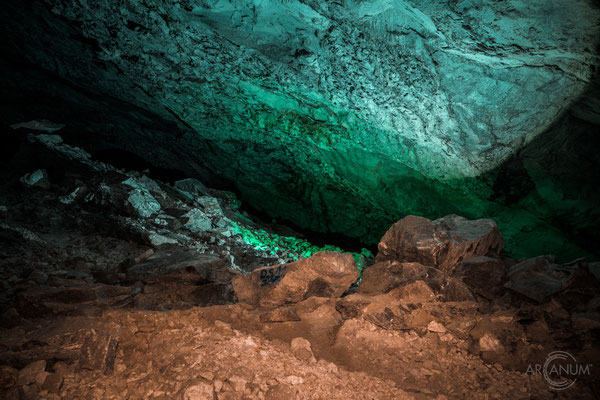 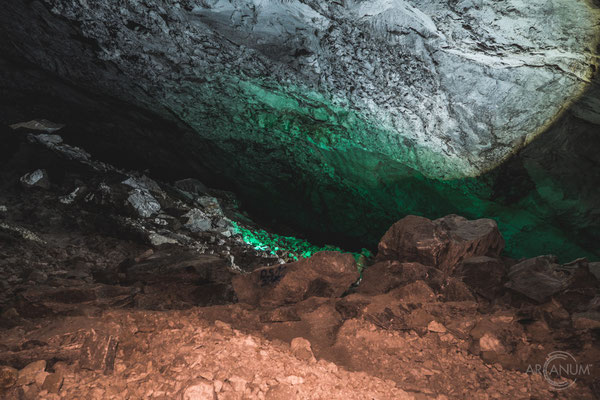 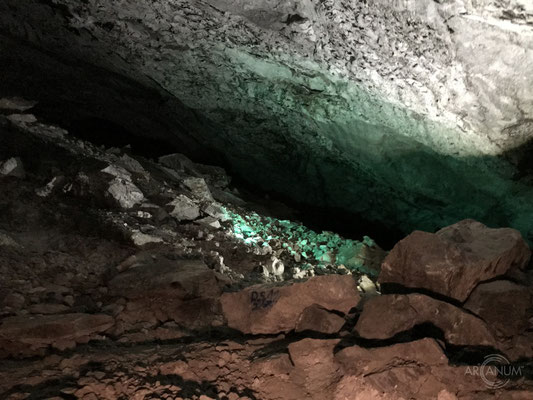 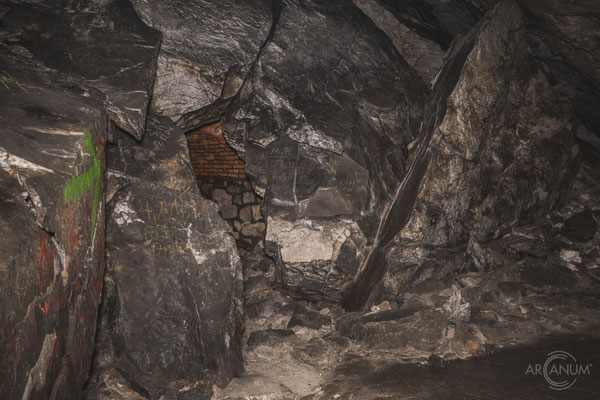 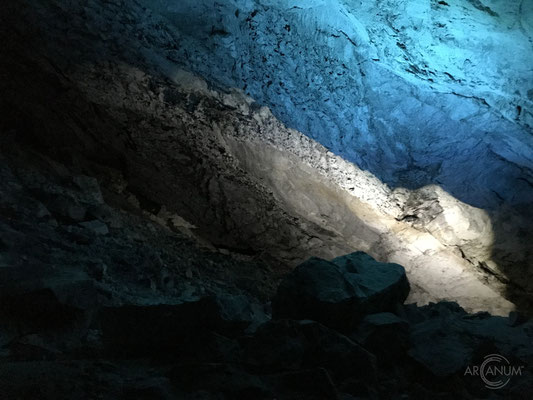 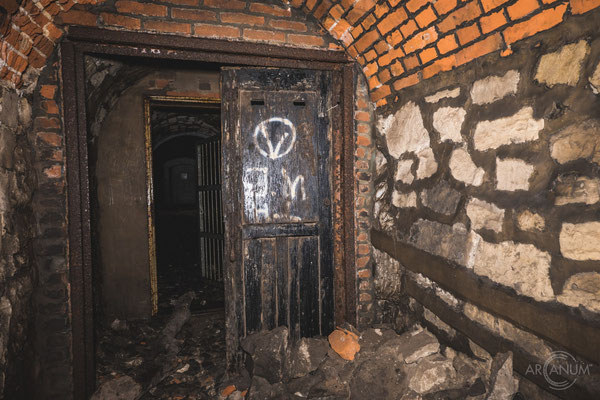 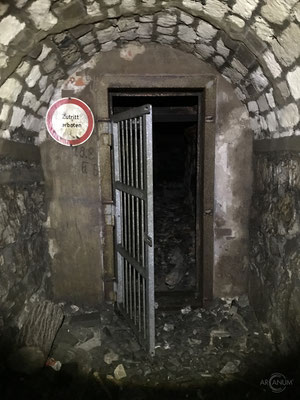 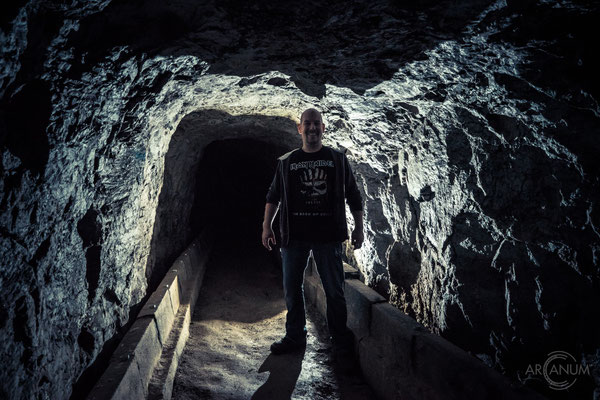 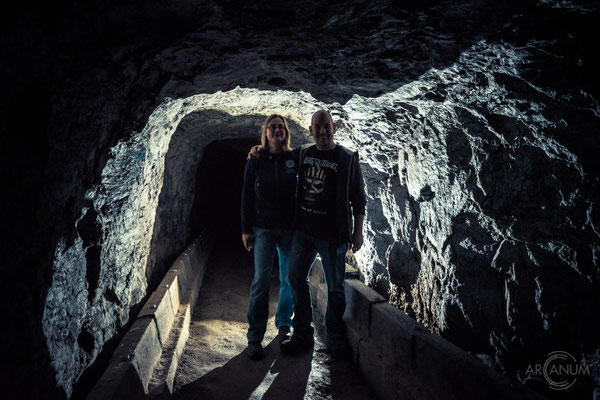 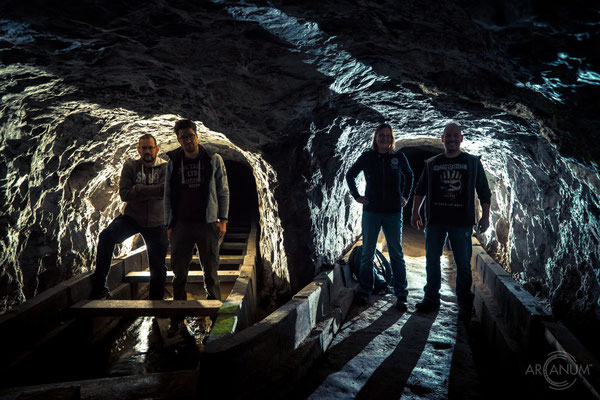 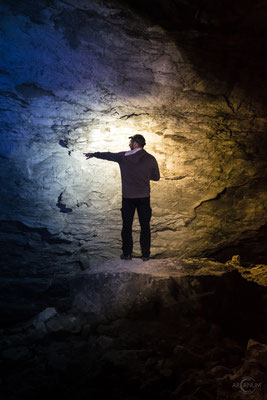 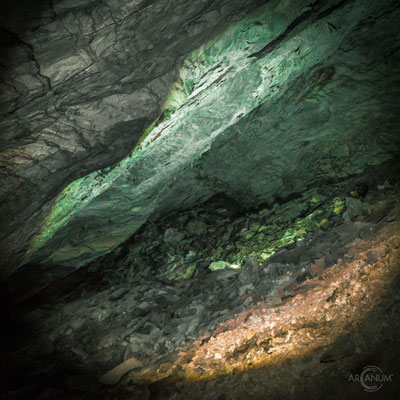 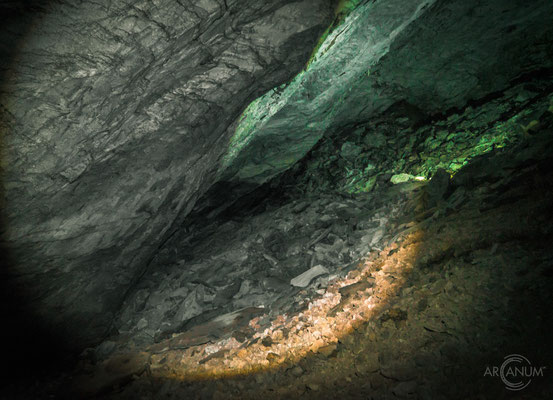 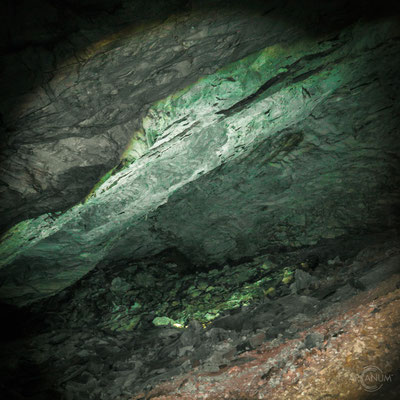 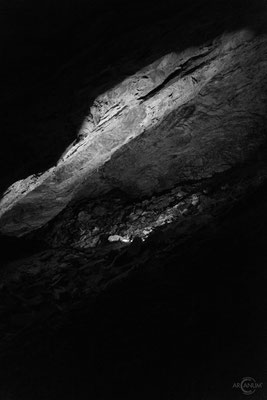