The construction of this hospital was the result of socialist city planning. Resulting from the plan, to unite the city center with an outlying community, an entire new district was built in the years from 1965 until 1971. To secure the medical care for the population, a hospital had to be built.

In 1973, the newly built general hospital was opened for the public. It was a very modern hospital at the time and was built at a cost of about 20 million East German Mark.

After the German reuinification, the hospital was turned into a medical center.

In 1999, the building was sold by the city to a realty company. The hospital has been abandoned ever since and endured heavy vandalism as well as a lot of fires.

In a recent development (March 2015), plans have been made public to tear down the building at the end of the year in favor of contruction for 160 to 180 affordable apartments. If the plans are realised, contruction will begin in summer of 2016. 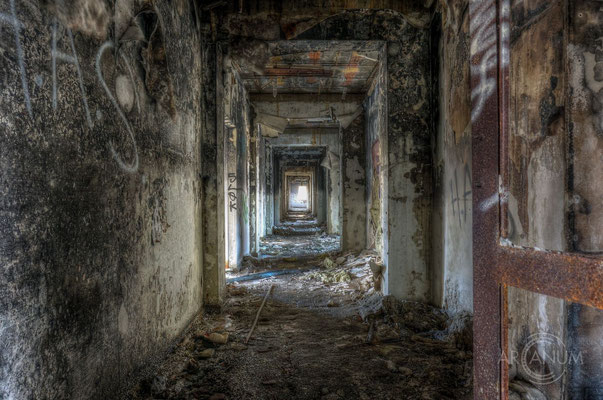 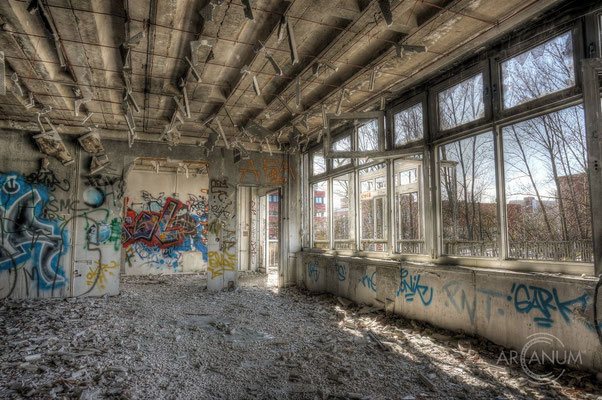 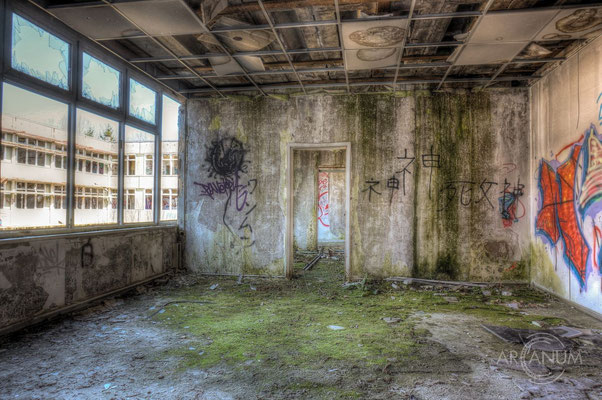 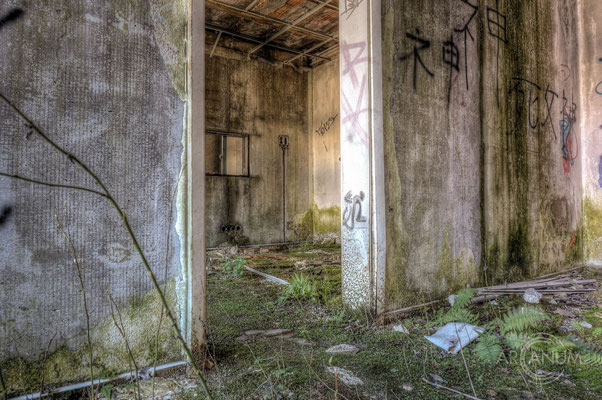 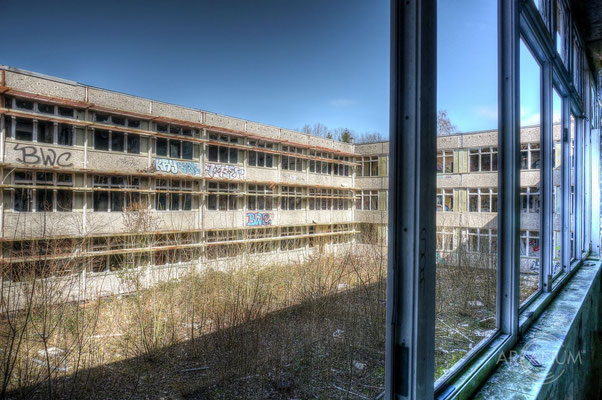 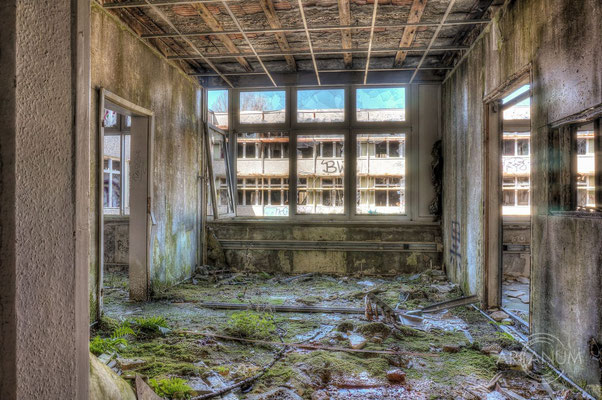 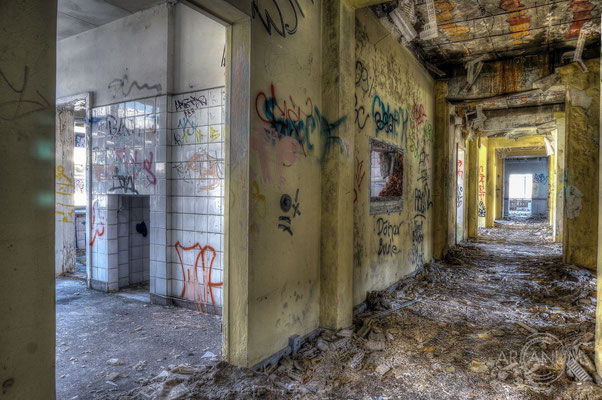 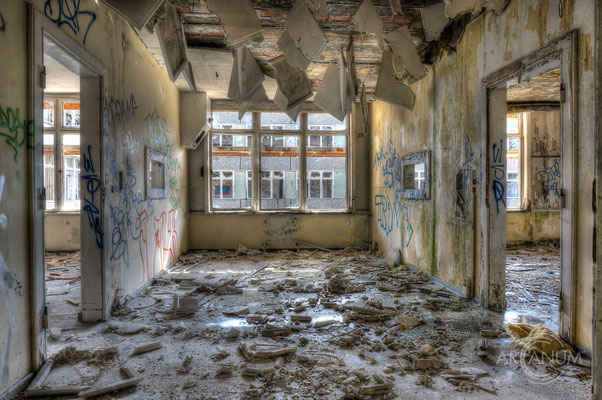 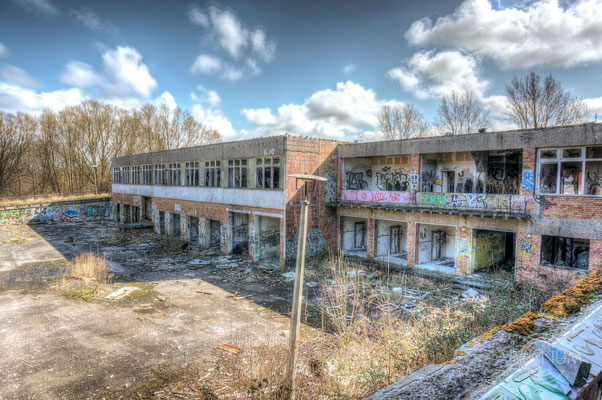 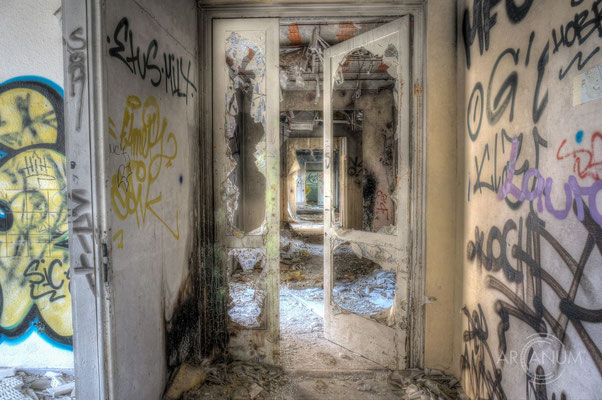 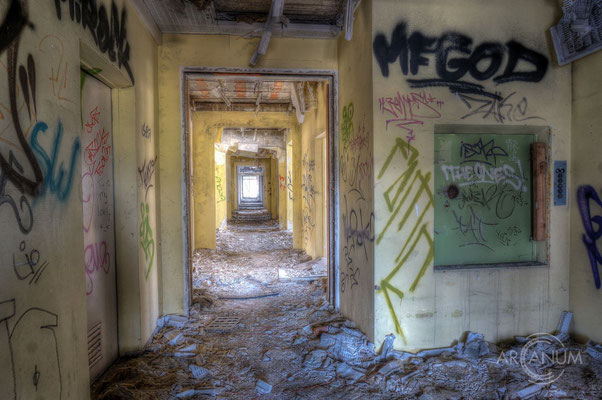 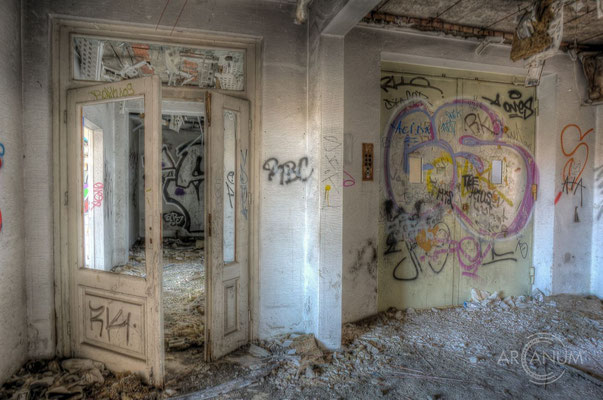 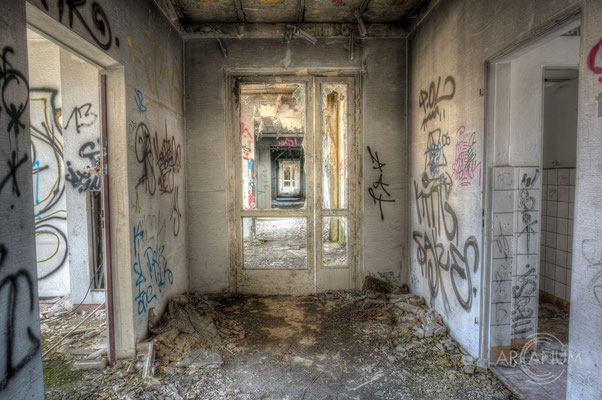 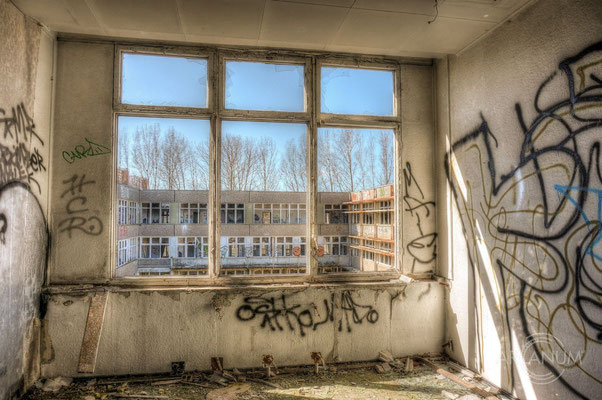 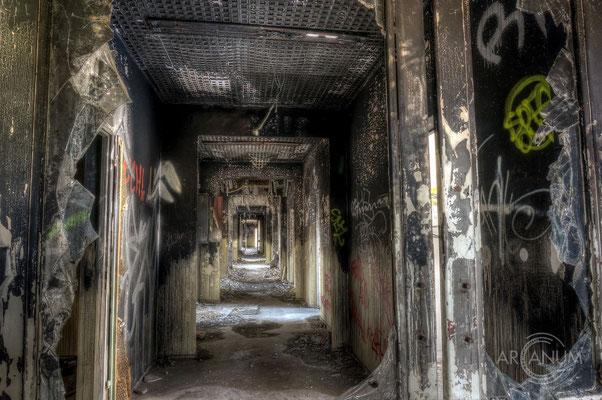 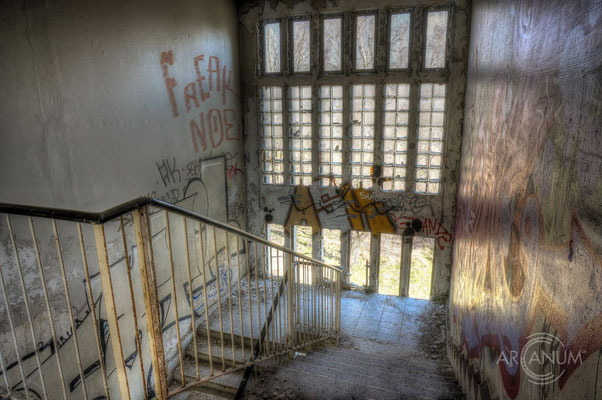 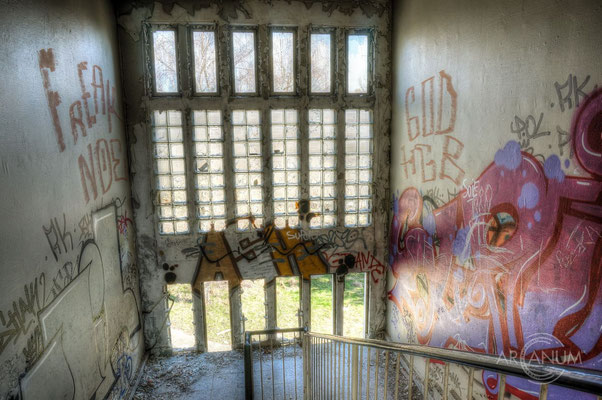 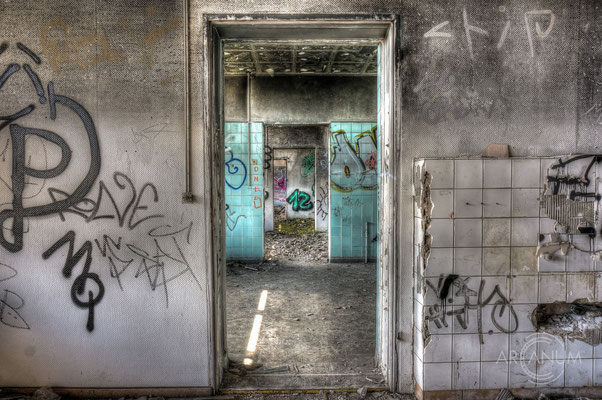 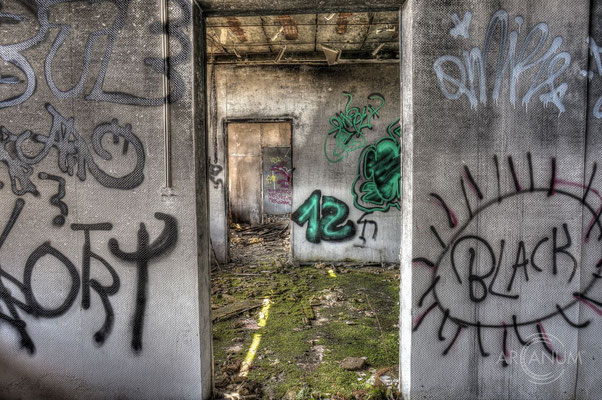 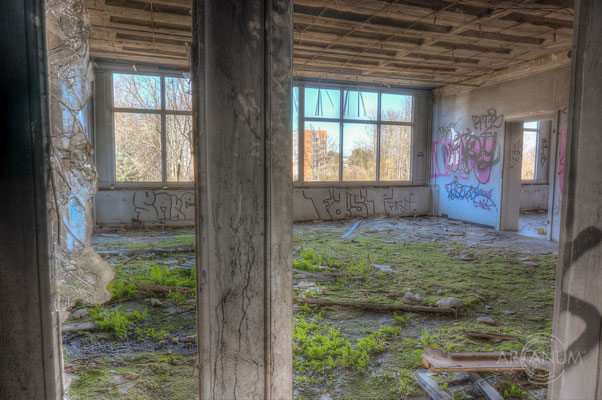 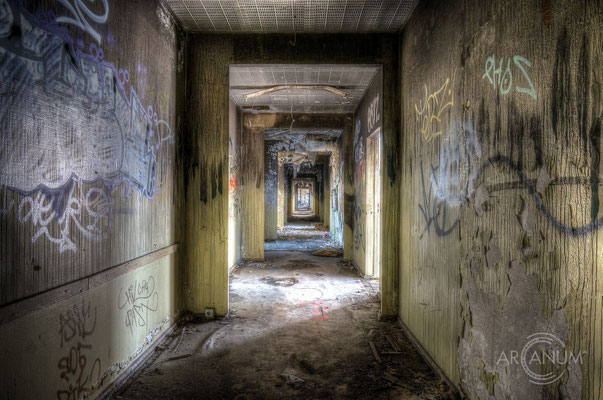 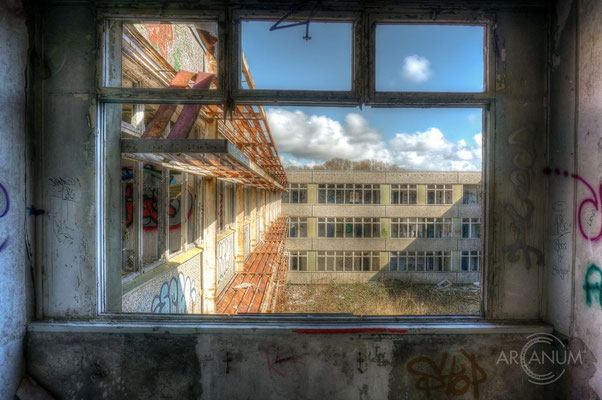 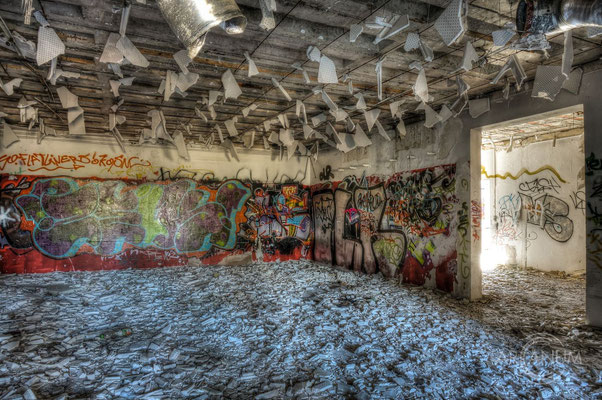 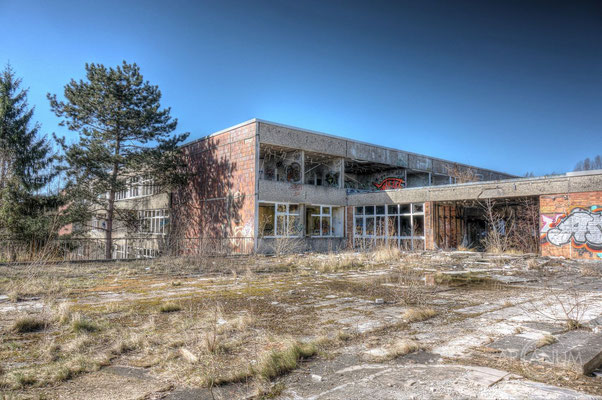 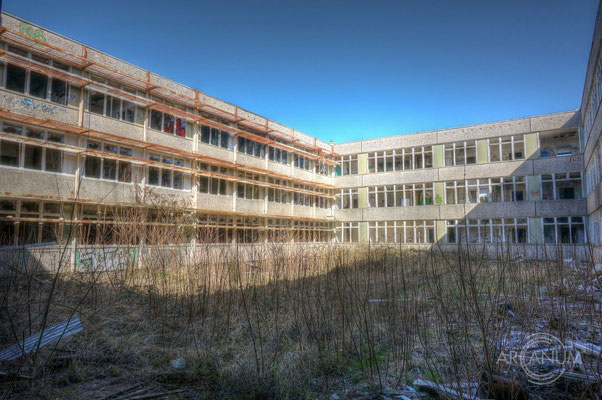