As far back as the 8th century, a Slavic rampart was located on an island at the junction of two rivers. The first mention of the castle dates back to 1127, which makes the castle the oldest secular building in Pomerania.

In 1840, the island was used as a location for a mansion built by a Prussian noble family.

In 1881, ownership of the mansion passed to a different family which lived on the premises until the expropriation in 1945 after World War II.

After the German reunification, ownership of the mansion was given back to the family that held it before the war, but the building burned down completely in 1998.

After that, ownership passed to the city which carried out necessary safety measures tov keep the ruin from collapsing.

The surrounding area is now a public park. 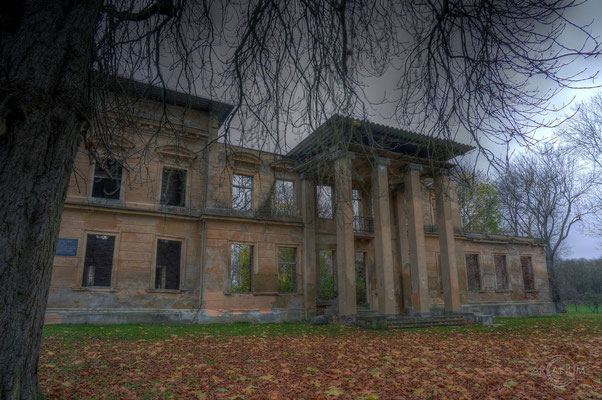 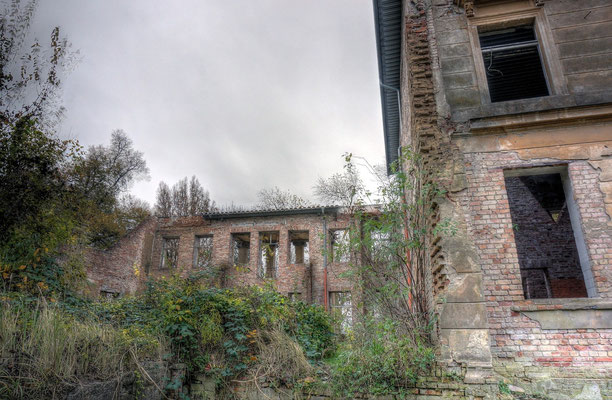 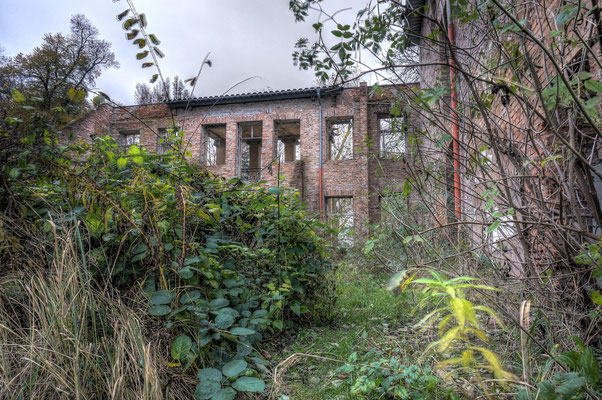 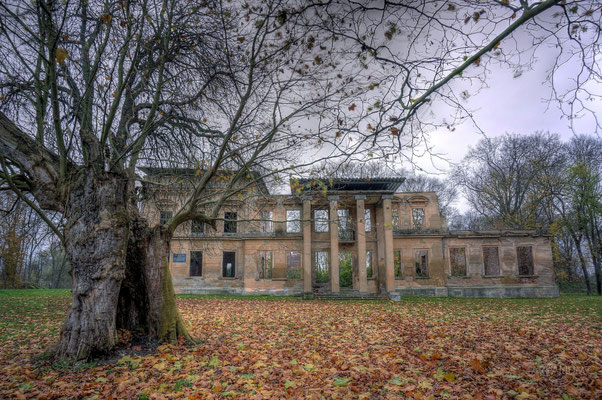 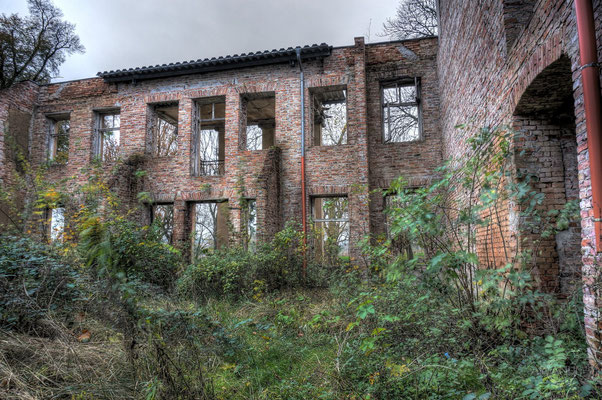 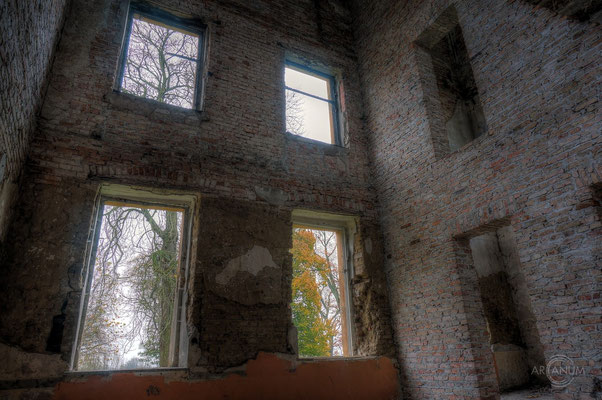 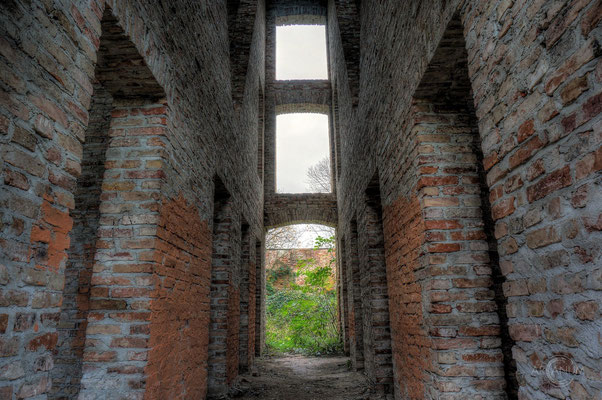 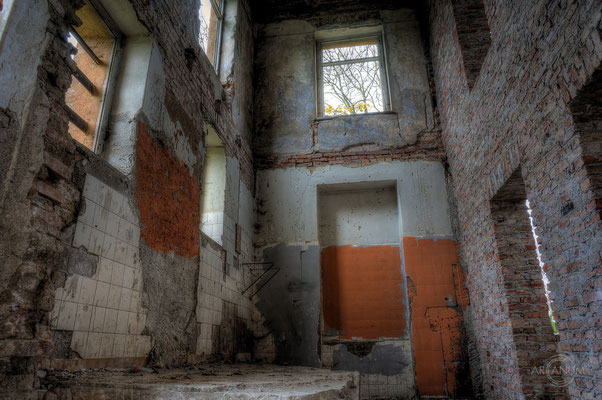