The castle was first documented in 1156. This was the time that a first medieval fortification was built into a Romanesque castle.
It is situated on a hill 210 meters high and surrounded by four villages. The original lords of this castle belonged to an old saxonian family of nobles. Over the centuries however, a lot of different families came to be the owners.
Around 1400, new parts were added to the castle.
After parts of the castle were destroyed in the Peasants' War in 1525, it was rebuilt in 1530.
In 1563, the castle was more and more furnished for living. The hall building got two additional floors, and the castle chapel as well as the kitchen house were completely rebuilt.
From the 17th century on, the aristocratic families frequently complained to the Elector of Saxony about the condition of the castle.
Tenants that worked on the castle grounds took care of the most necessary repairs, but they couldn't stop the decay of the buildings.
In 1780, the last descendants of the original lineage died, the dominion fell to Electoral Saxony and in 1815, to the Kingdom of Prussia.
In the middle of the 19th century, the historic relevance of the castle led to more attention for its preservation, and the touristic exploitation was initiated. Further repairs followed until the 1930s.

Since 1992, a local initiative takes care of the remains of what is widely known as the "Romantic Ruin". 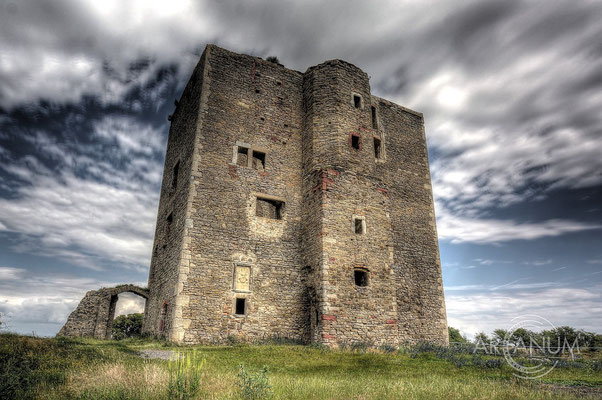 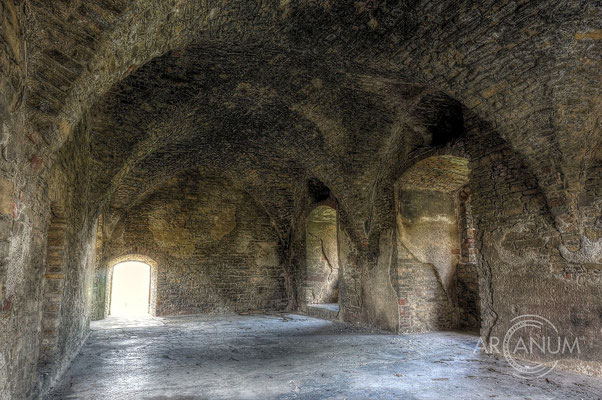 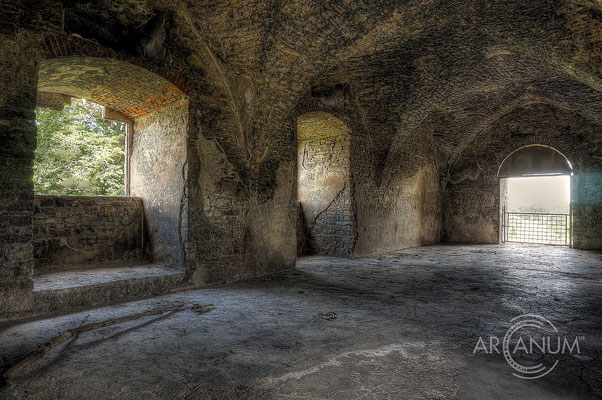 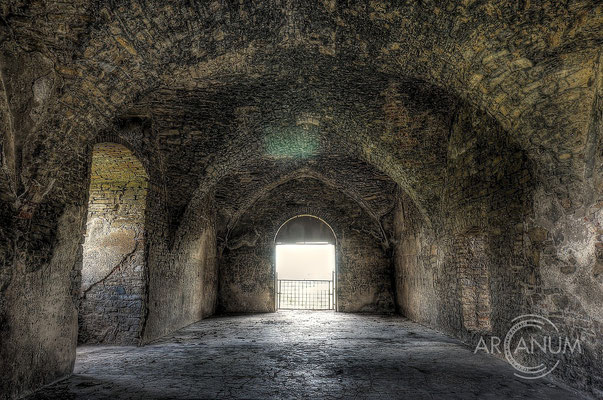 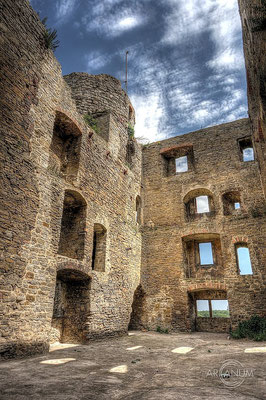 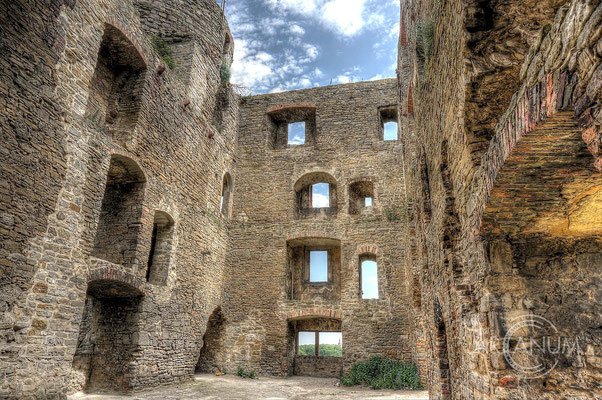 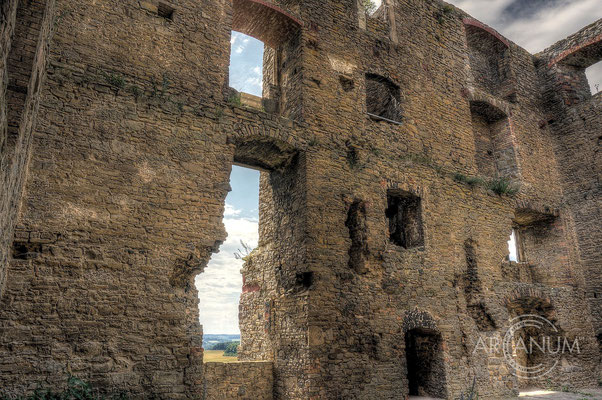 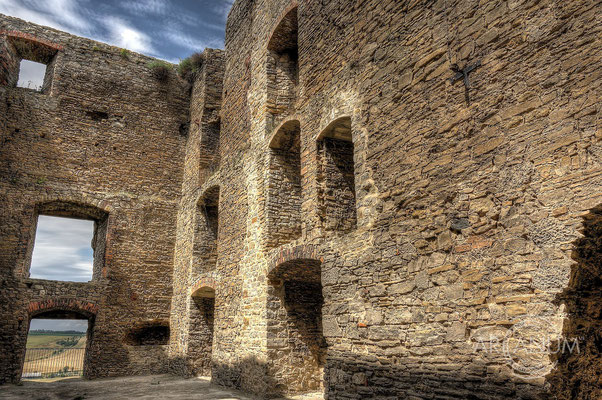 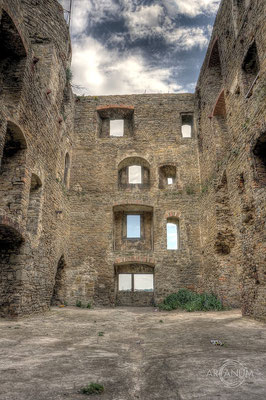 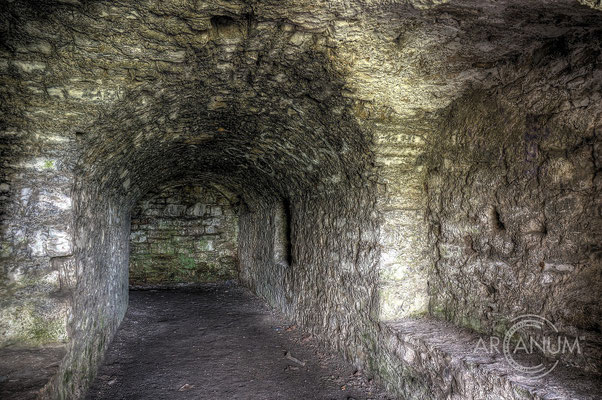 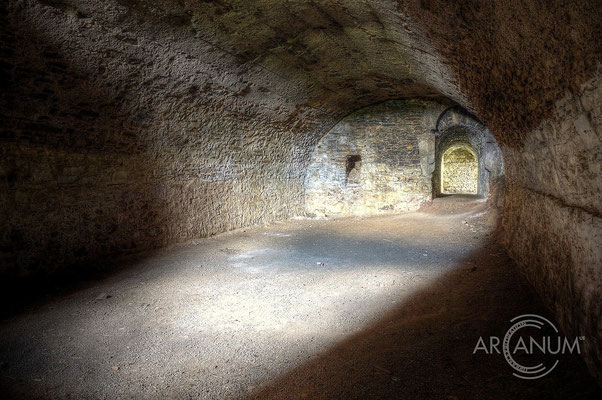 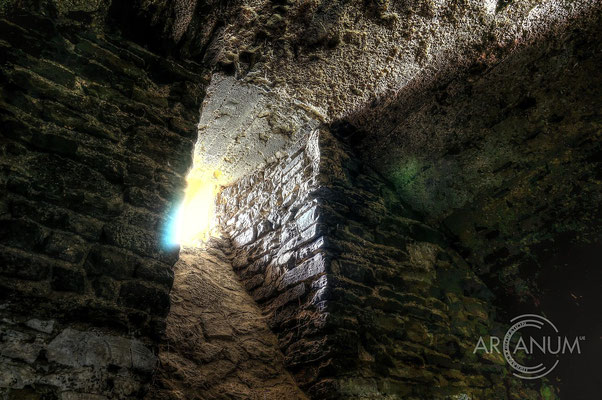 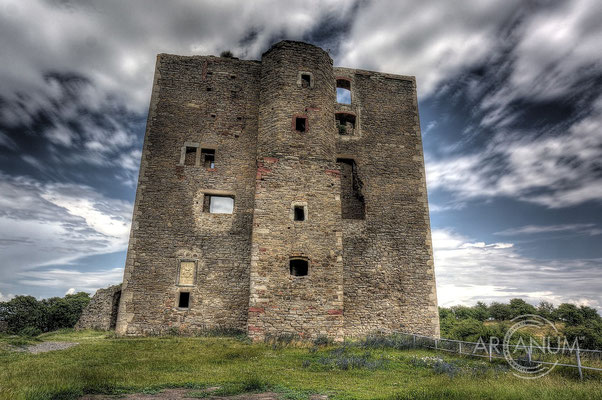