This abandoned castle was built in neo-gothic style between 1854 and 1857.
After 1945, the building was used as the offices for an agricultural cooperative, as kindergarten and as village shop.
After the German reunification, it was abandoned for a couple of years, until an investor bought the mansion and the adjacent properties. He planned to build the mansion into a luxury hotel with a polo course, apartments and 150 residential buildings.
A long story ensued, involving subsidy fraud, foreclosure auctions, indictments and convictions.
Various investors came, but all plans and auctions failed and the castle kept decaying.

In the meantime, vandalism has taken its toll on the ruin of the once grand residence. 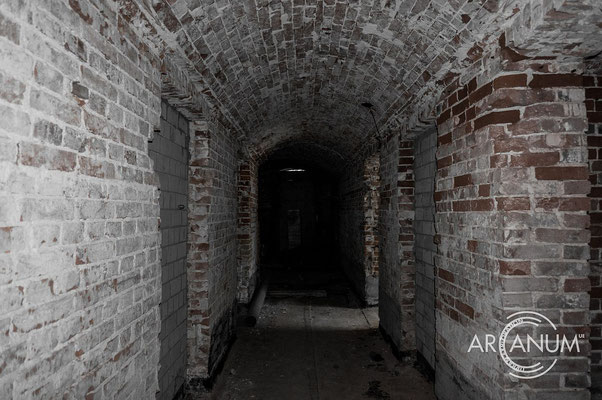 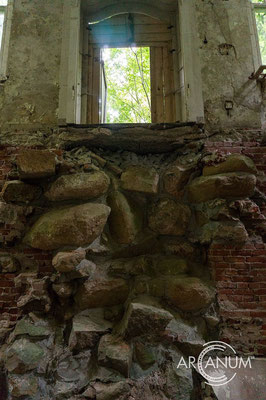 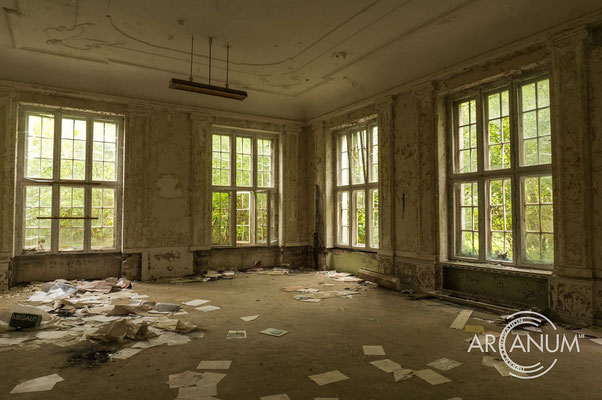 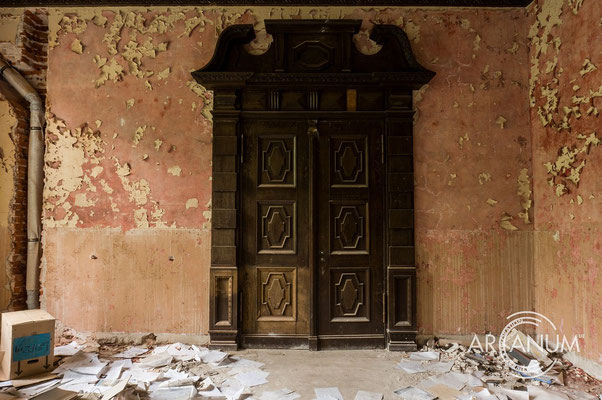 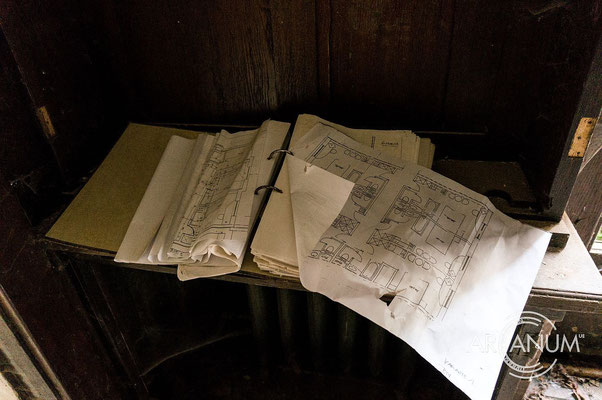 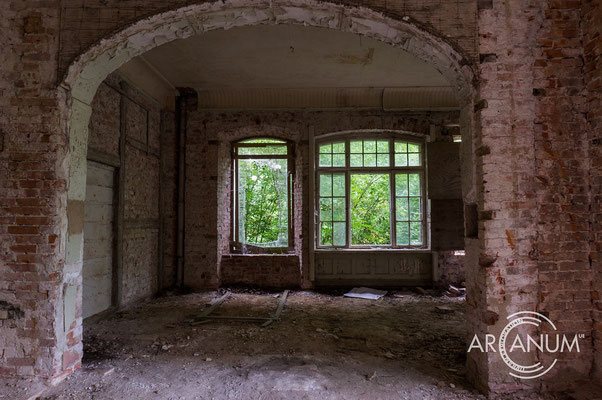 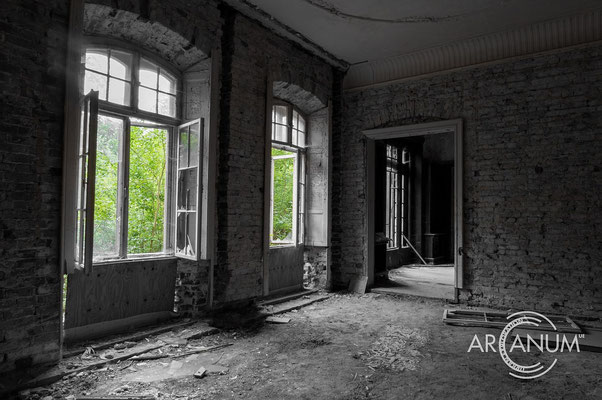 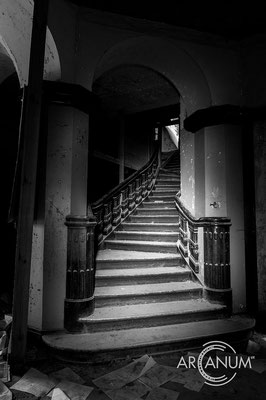 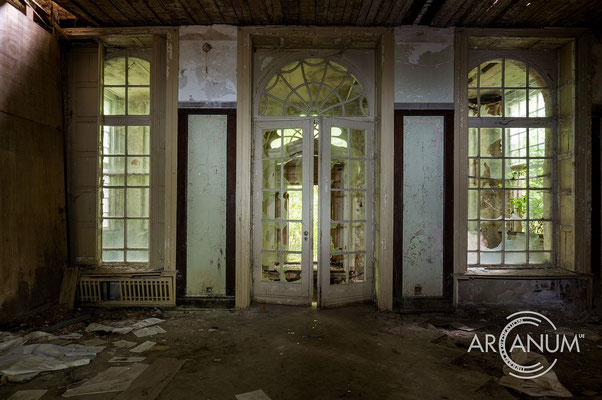 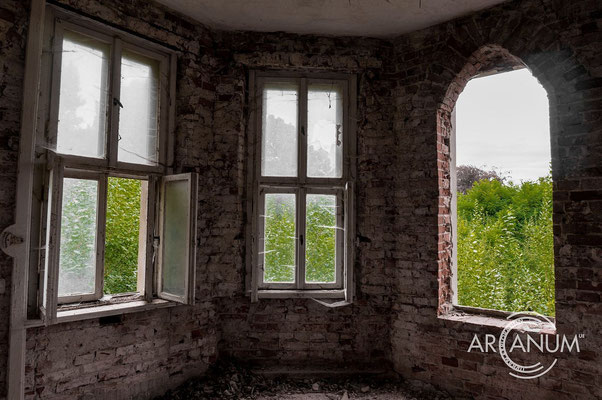 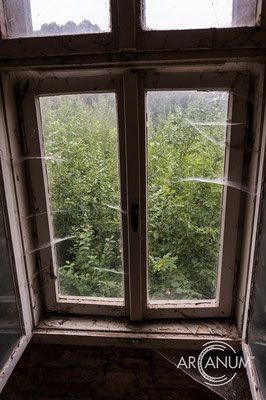 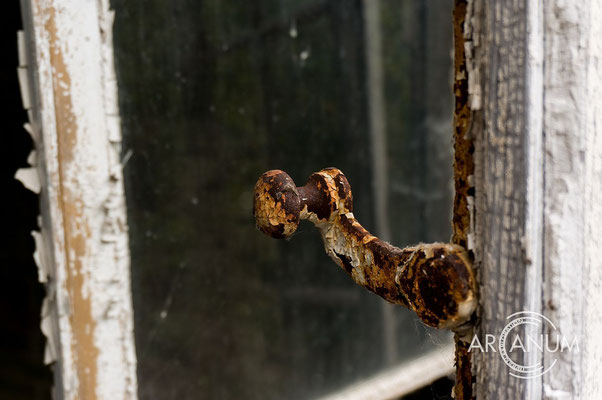 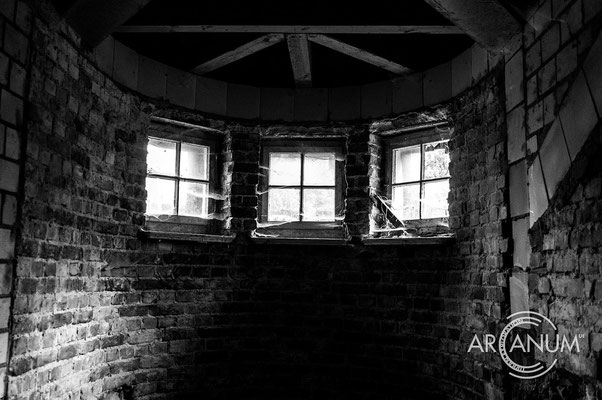 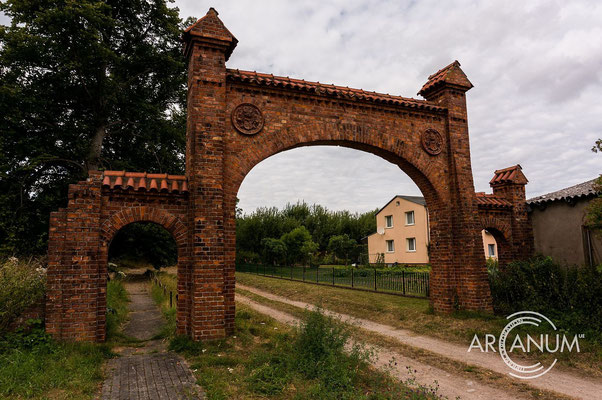 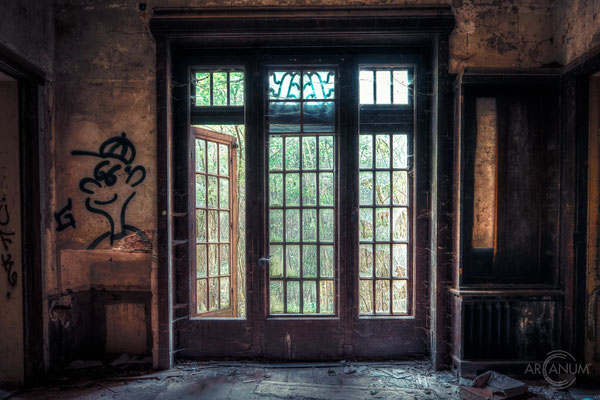 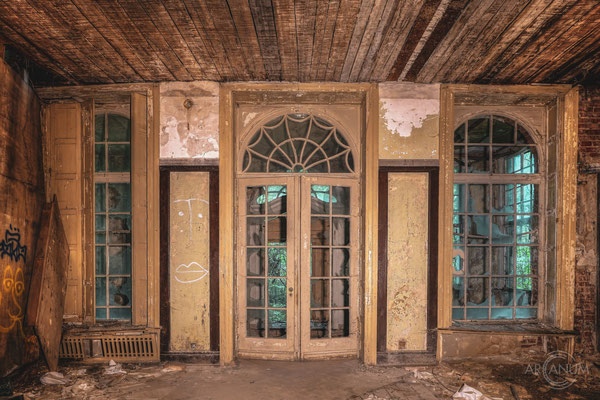 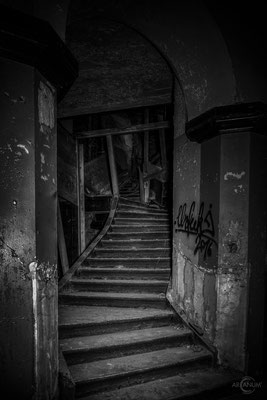 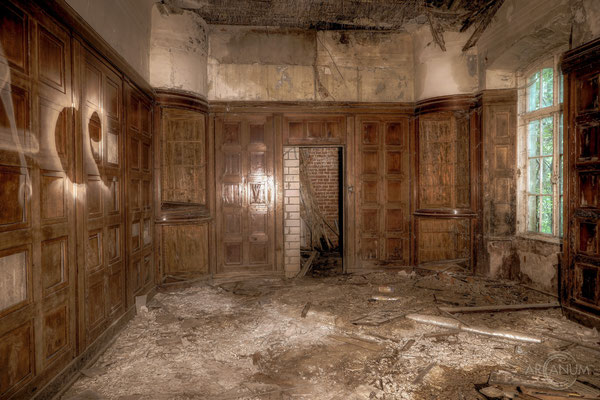 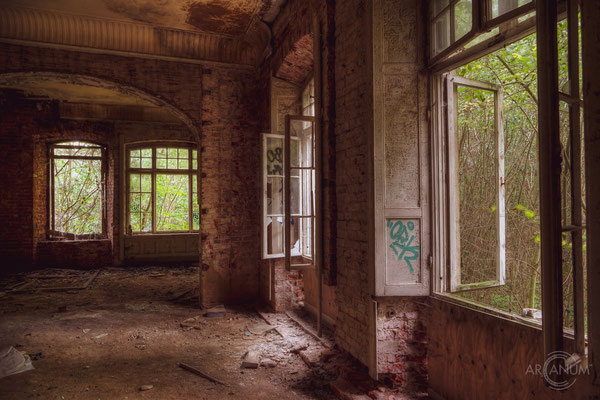 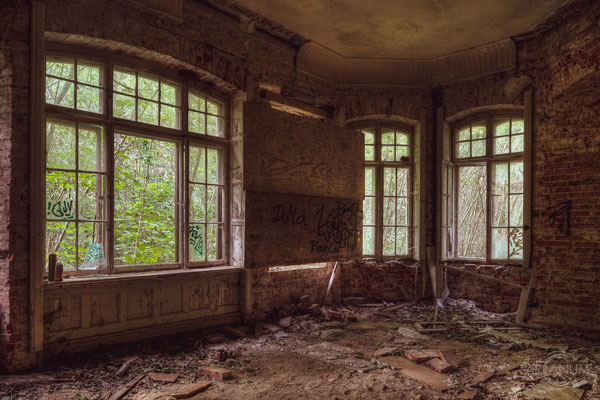 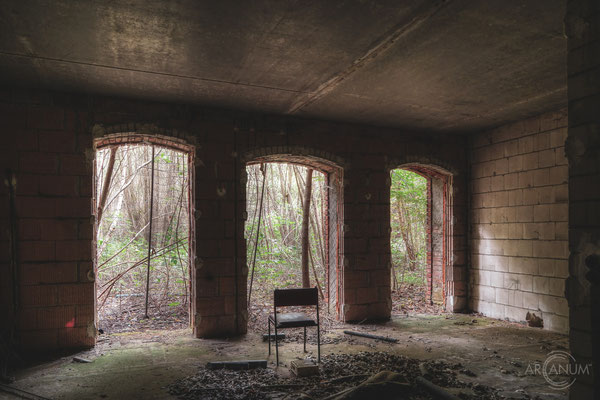 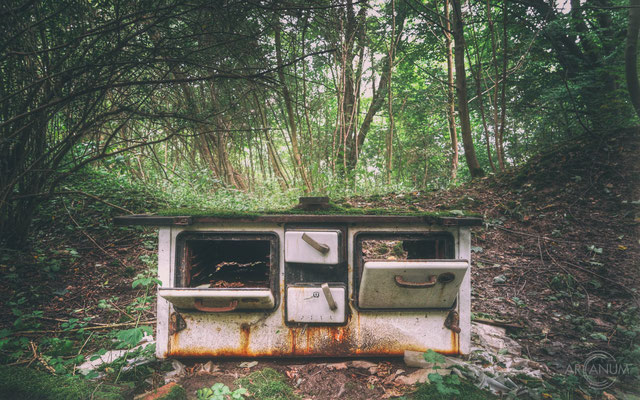 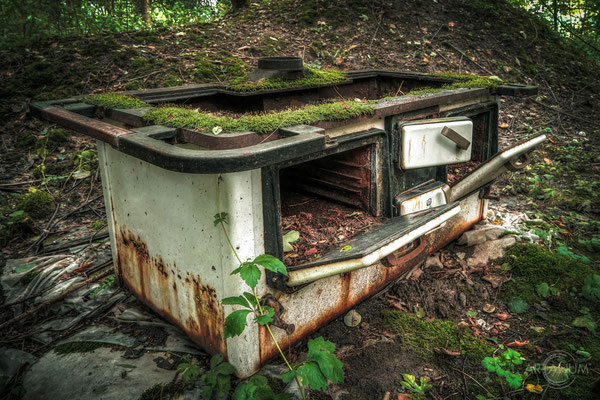 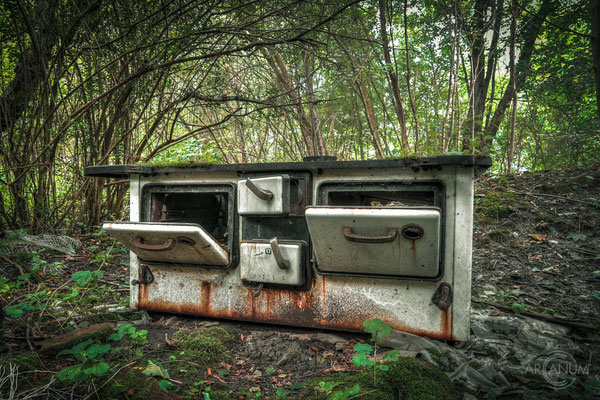 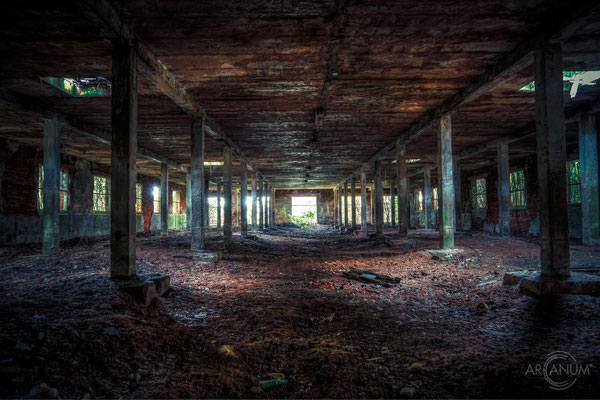