The Pripyat town fair is an abandoned amusement park located in Pripyat, Ukraine. The grand opening was planned for May 1, 1986, in time for the May Day celebrations, but these plans fell apart on April 26, when the Chernobyl disaster occurred only a few kilometers away. Some sources report that the park was opened for a short time on April 27 before the announcement to evacuate the city was made. The park—and its Ferris wheel in particular—have become a symbol of the Chernobyl disaster.
Constructed under the Soviet Union as a "Парк культуры и отдыха" (Park of Culture and Rest) - typical for many larger cities in the former Soviet Union - the amusement park's attractions were manufactured by the Yeysk-based firm "Аттракцион" (Attraction), who were also responsible for the construction of many of the amusement parks which remain to be

seen around the former Soviet Union today in various states of repair.

The park is located north-west to the Palace of Culture in the center of Pripyat, and it had five attractions:

Radiation levels around the park vary a lot. The liquidators washed radiation into the soil after the helicopters carrying radioactive materials used the grounds as a landing strip, so concreted areas are relatively safe. Areas where moss has built up, however, can emit up to 25.000 µSv/h - among the highest levels of radiation in the whole of city of Pripyat. 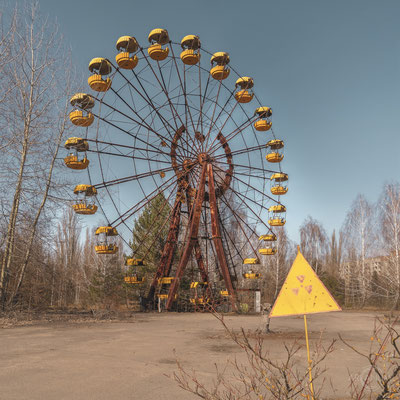 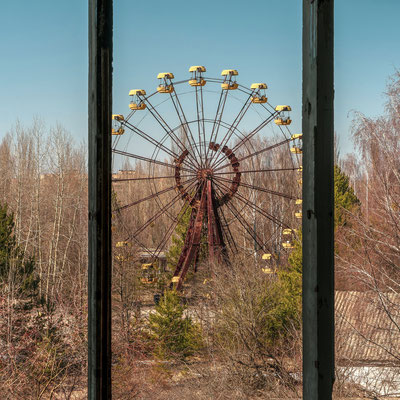 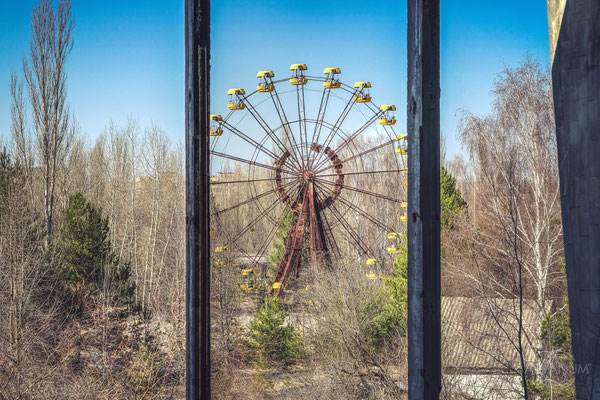 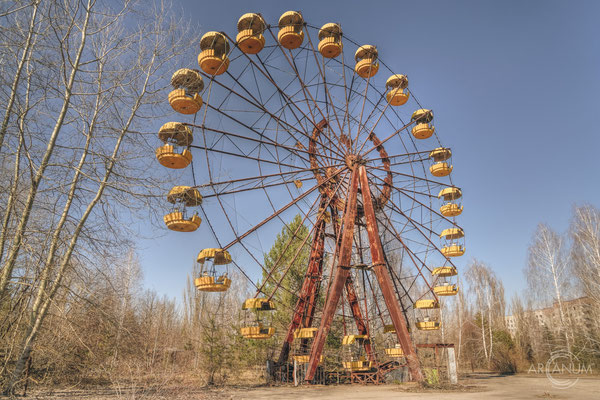 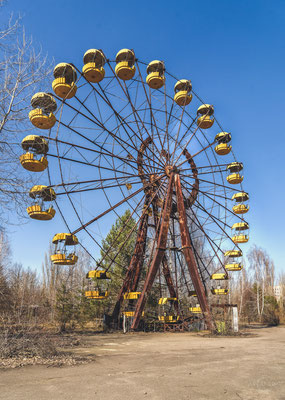 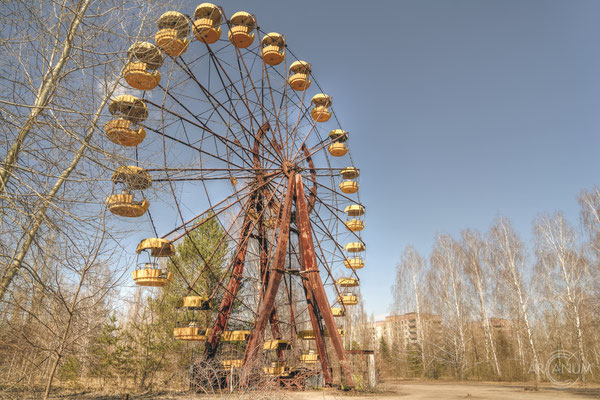 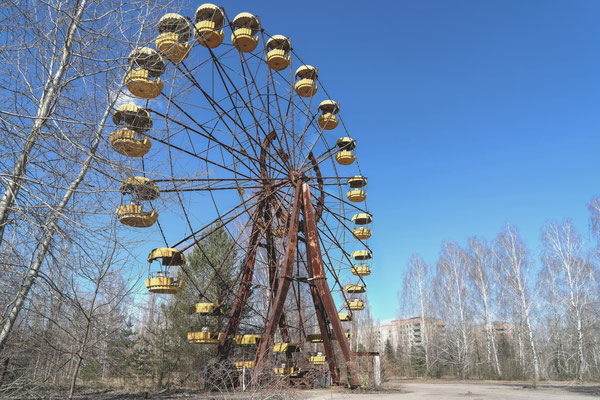 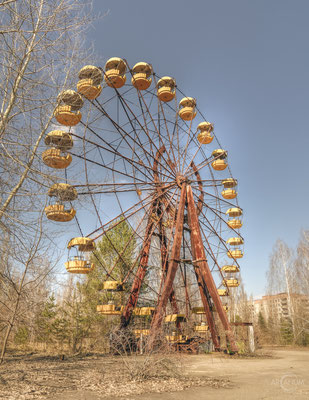 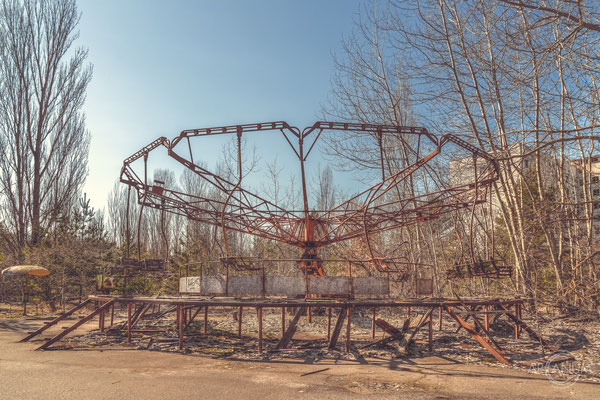 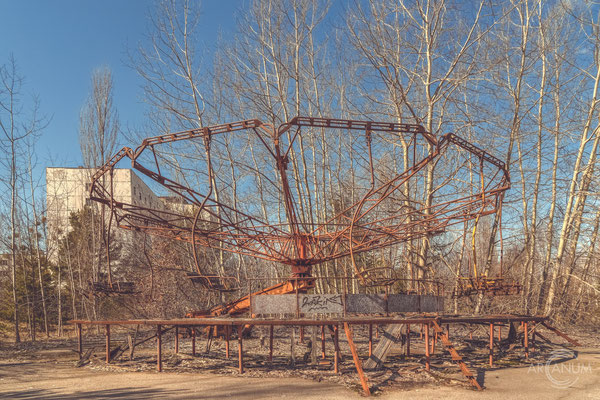 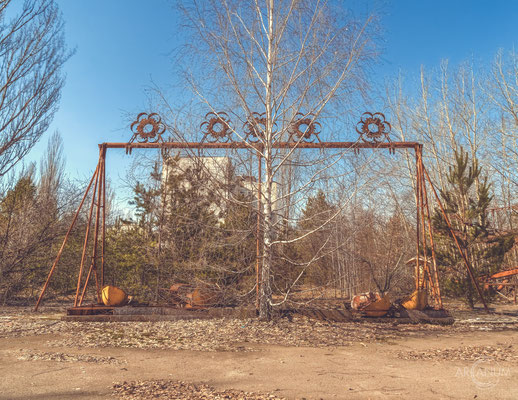 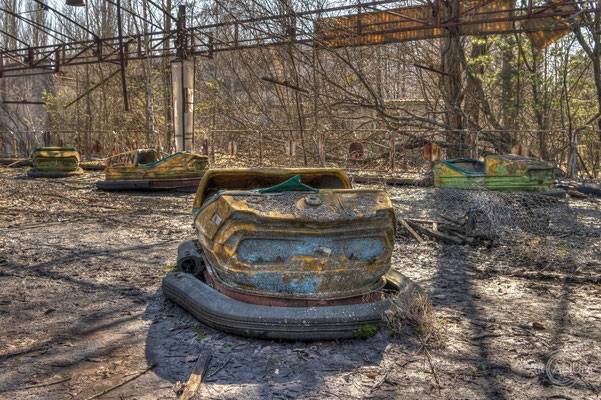 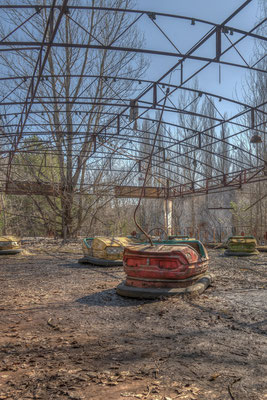 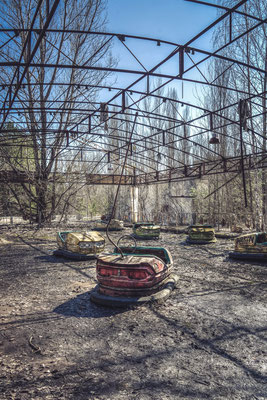 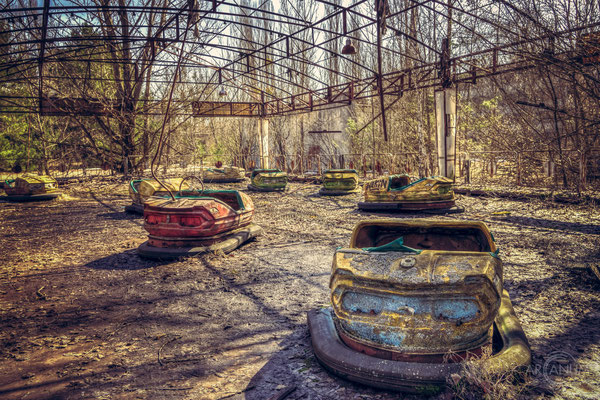 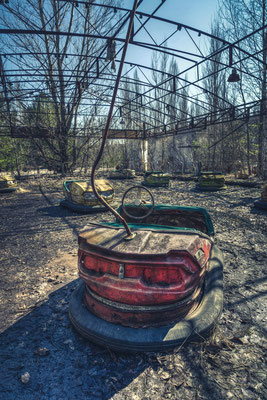 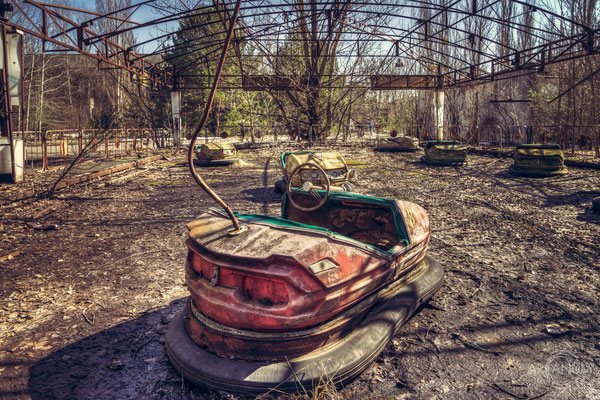 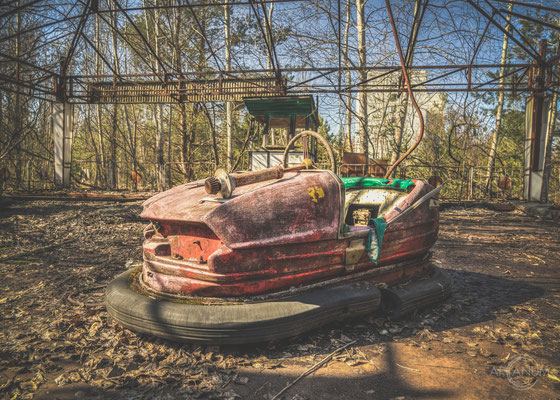 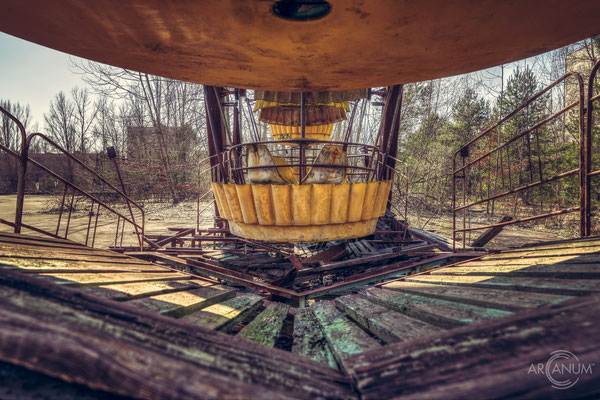 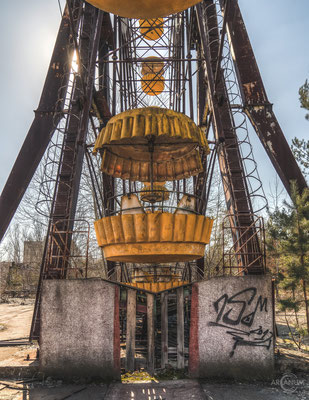 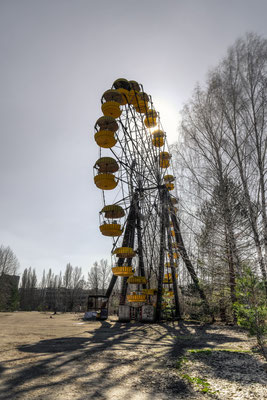