From what I found this depot was used to transfer goods from one train to another. For example, the Lego Company had a factory not too far, and from some scribblings on the wood above the gates I could see where the Lego cars were unloaded.
Anyway, this depot has been stripped down, there's not much left and nature is taking the thing back piece by piece. Obviously, the adjoining rooms have been used (or are still being used) as sleeping quarters by some less than fortunate people. 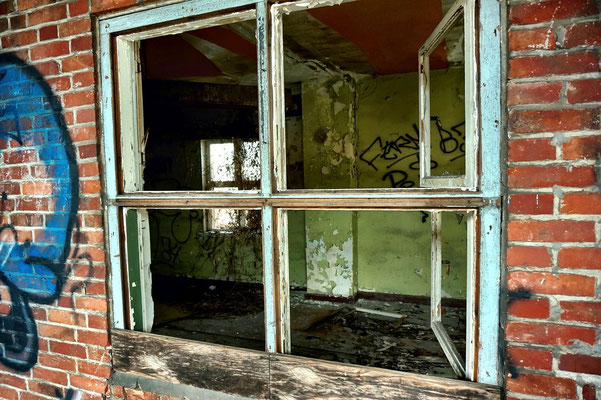 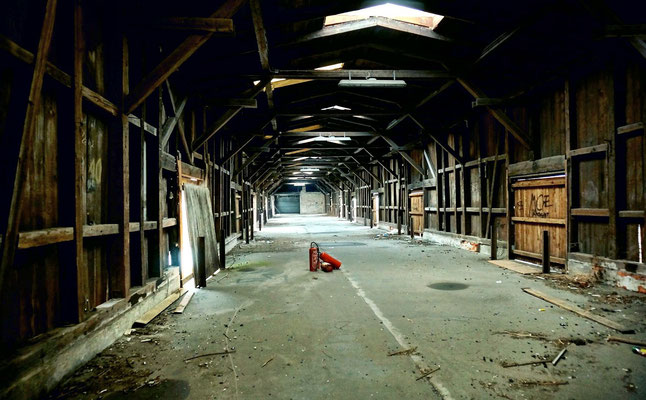 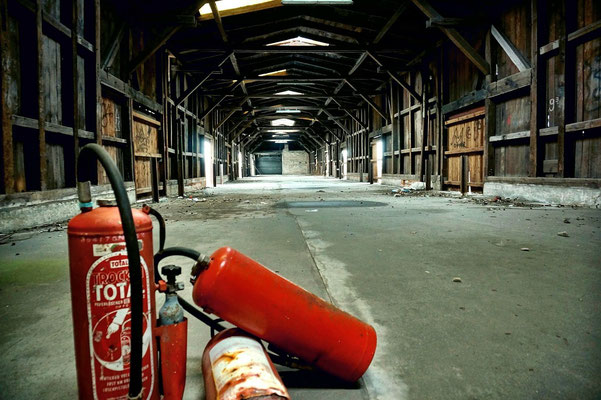 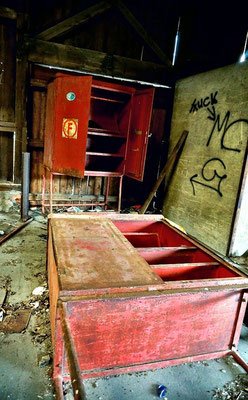 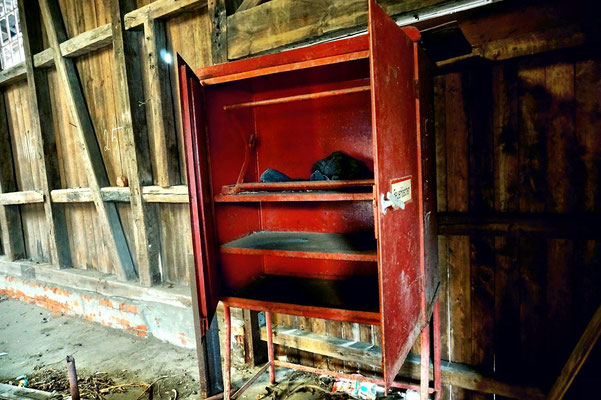 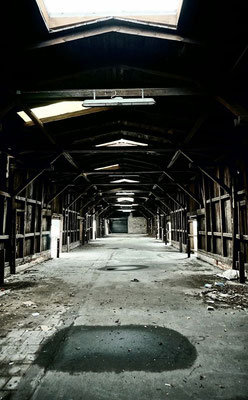 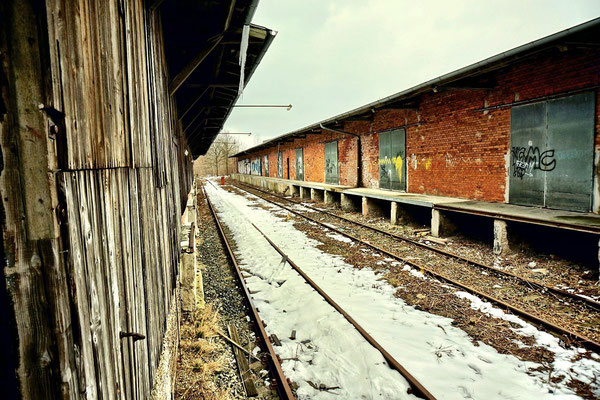 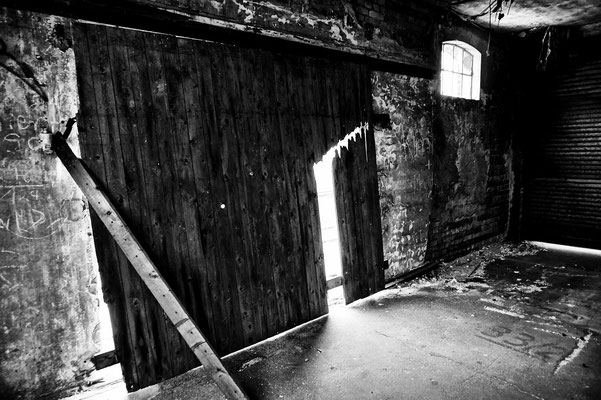 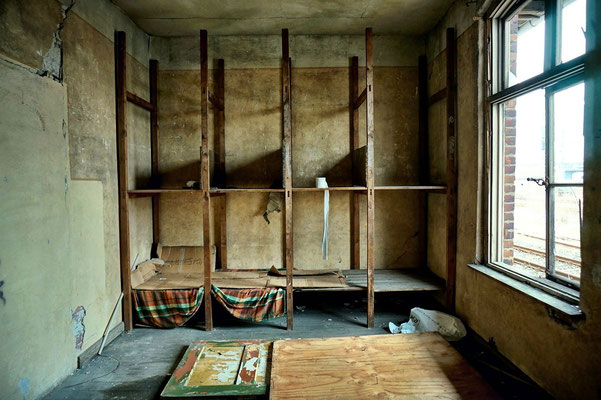 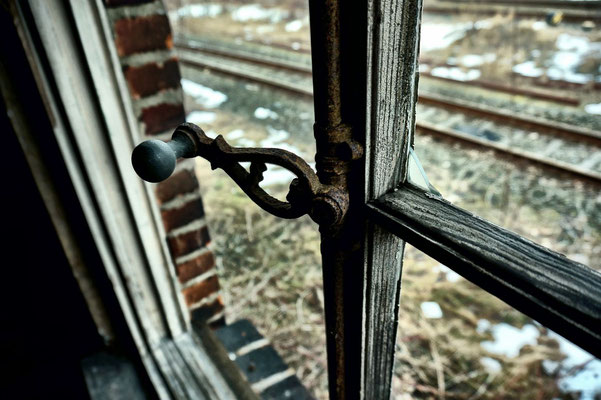 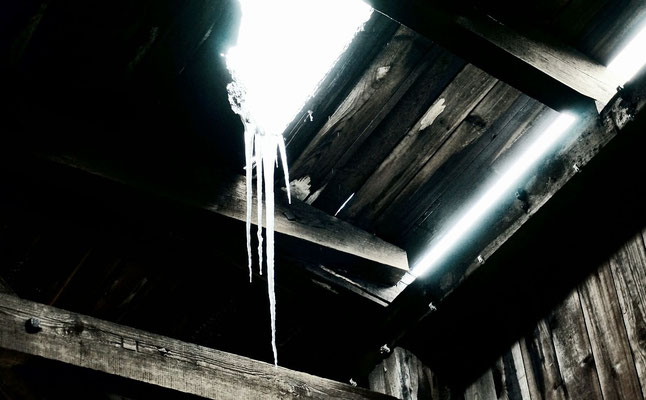 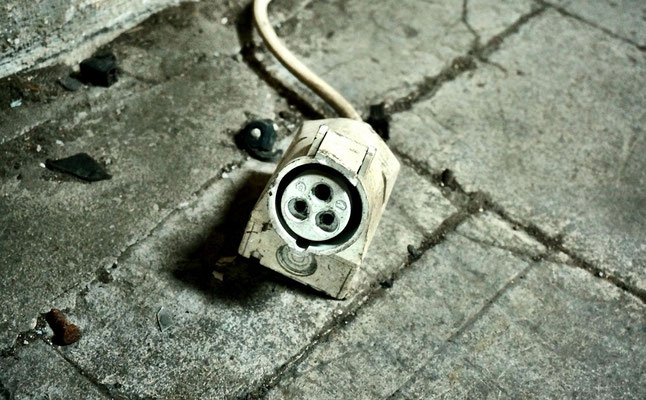 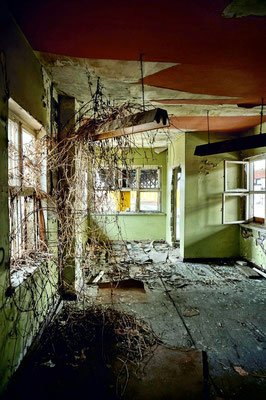 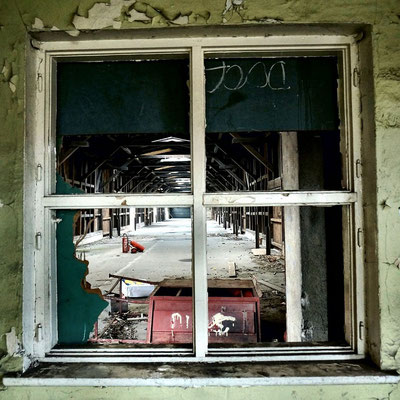 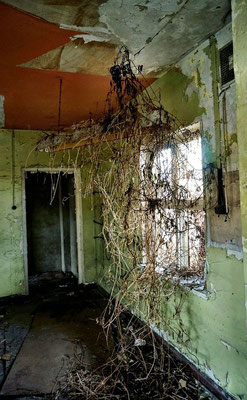 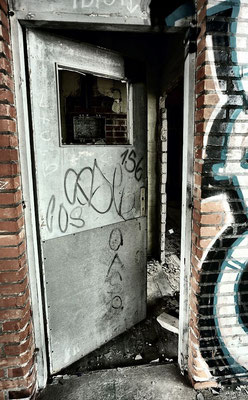 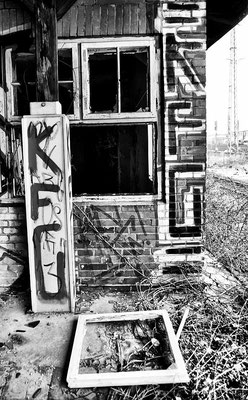 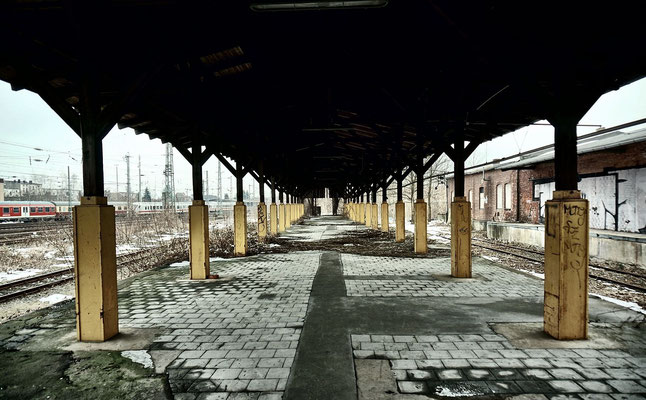 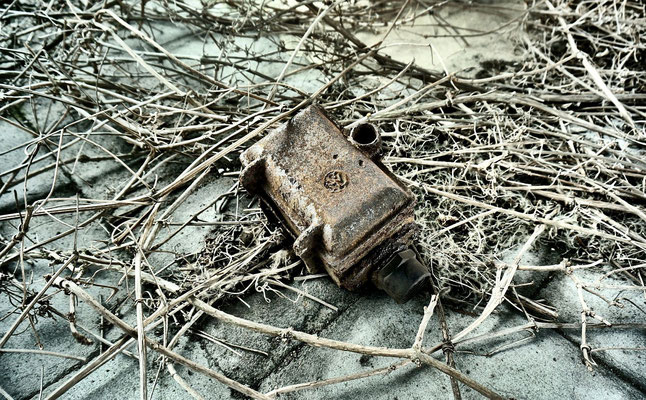 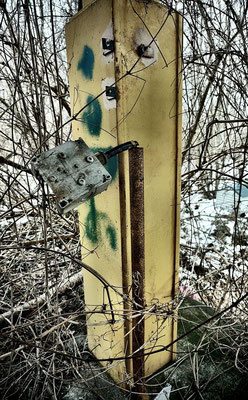 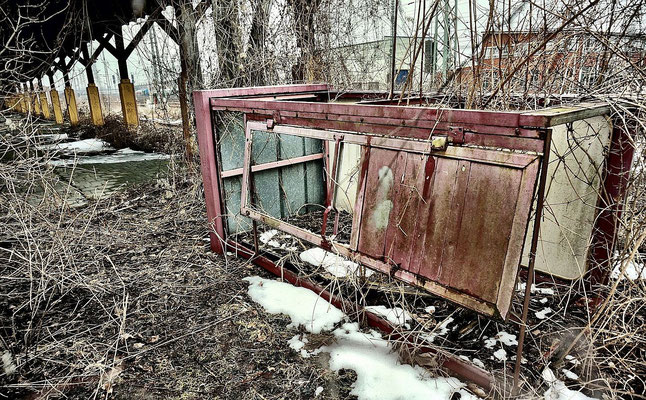 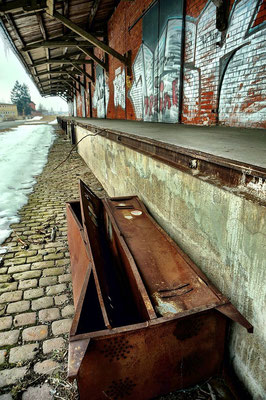 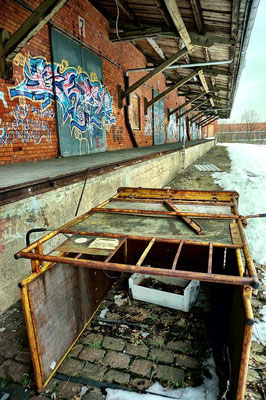