This building is what remains of the first recreation home that the East German federation of trade unions had built for their centralized tourism business.
This was the organization that handled most travel business in East Germany. They've used existing hotels but they also built new ones starting at the beginning of the 1950's.
Groundbreaking for this particular recreation home, which was named after one of the founders of the German Communist Party, happened in 1952, and it was officially opened in 1954.
For the time, the house was a very modern one and was open all year.
The 85 rooms for up to 147 guests were heated by a modern oil heating installation, and every room had its own running cold and warm water.
Next to the beautiful surroundings, the house was equipped with two club rooms, a chess room, a TV room, library and a billiard room.

After the end of East Germany came also the end of this hotel.
In 1990, its doors were permanently closed. 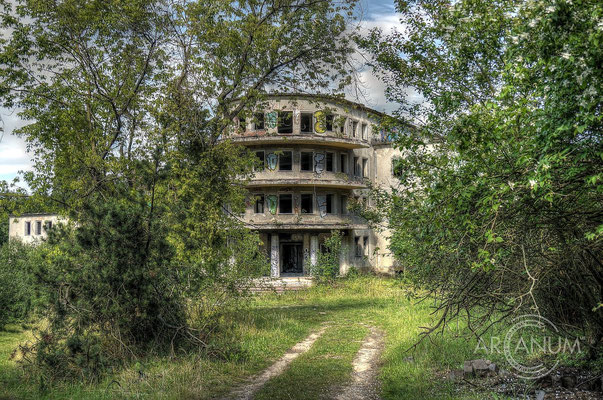 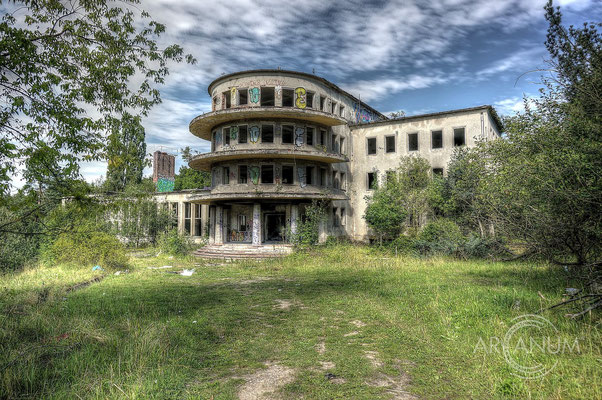 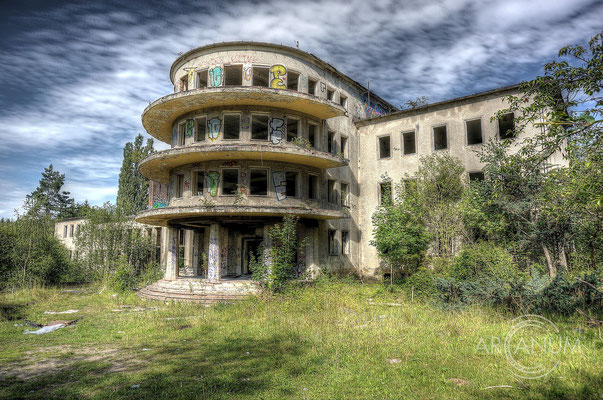 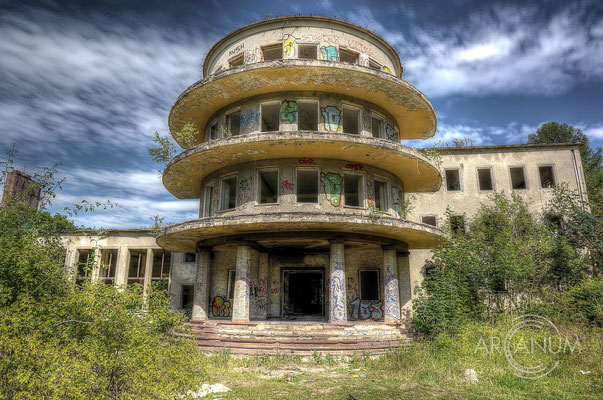 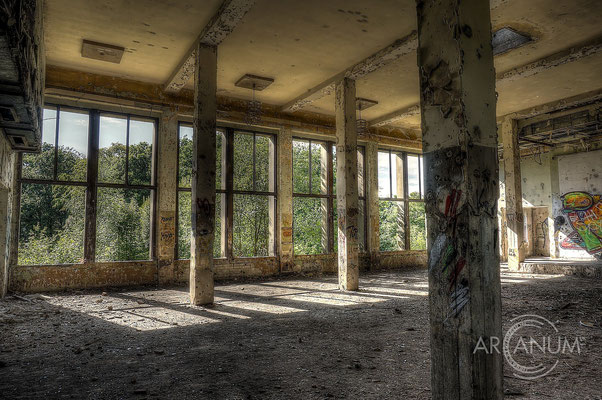 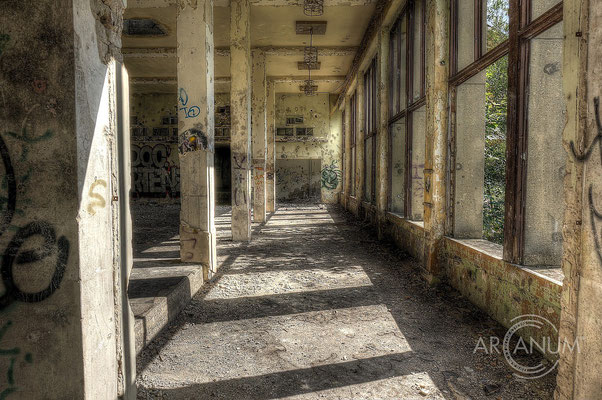 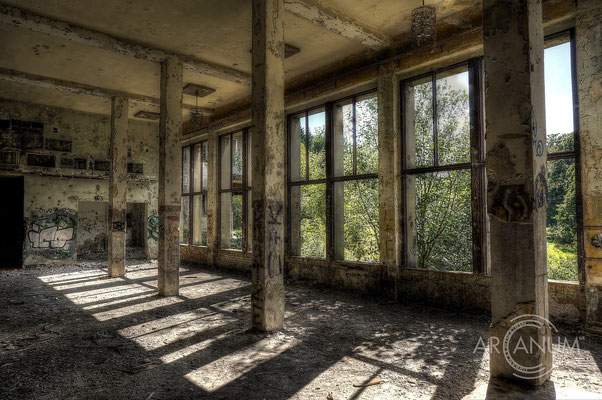 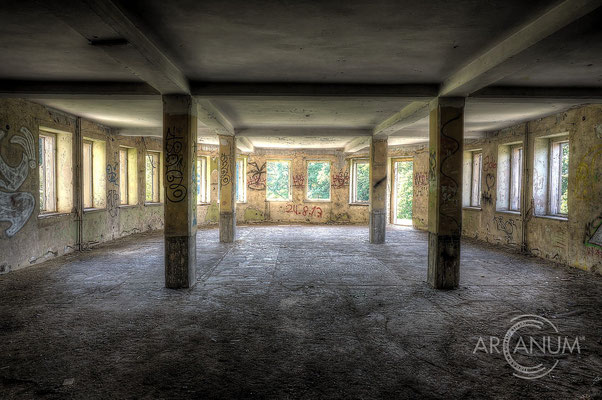 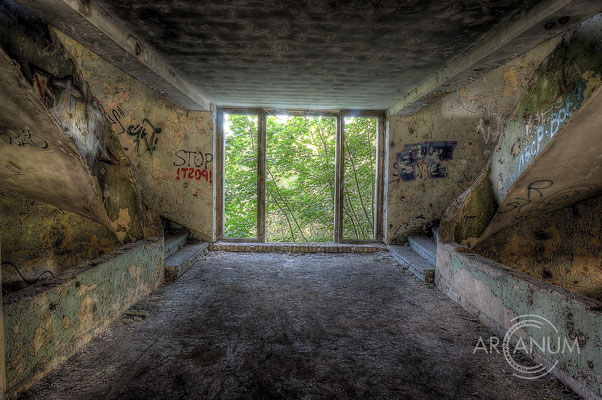 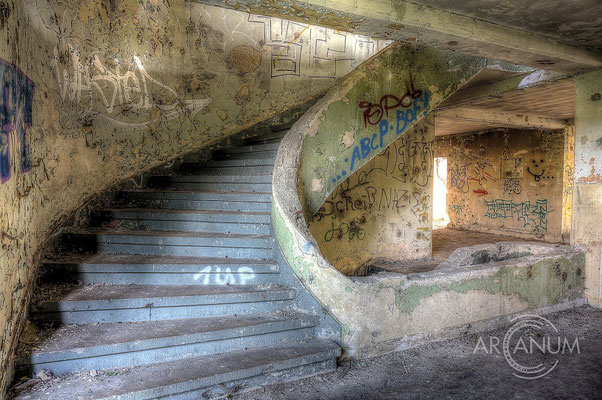 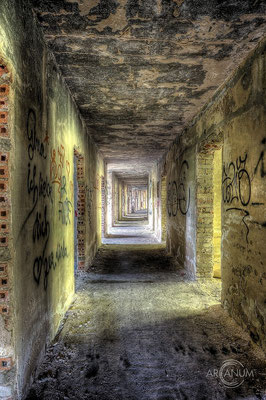 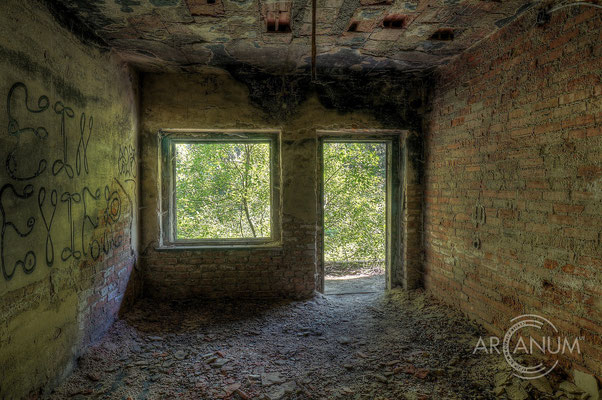 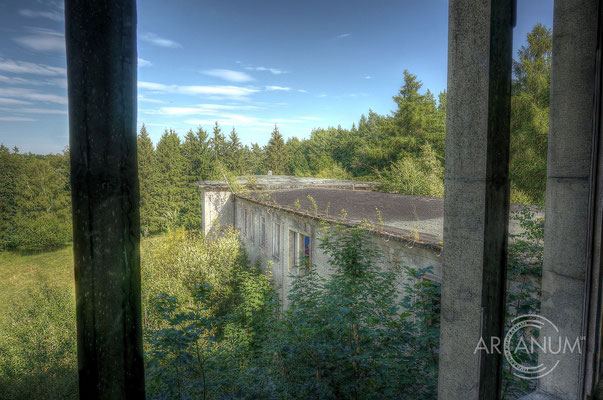 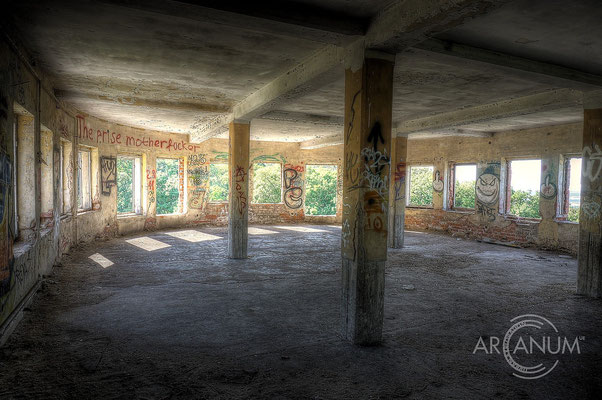 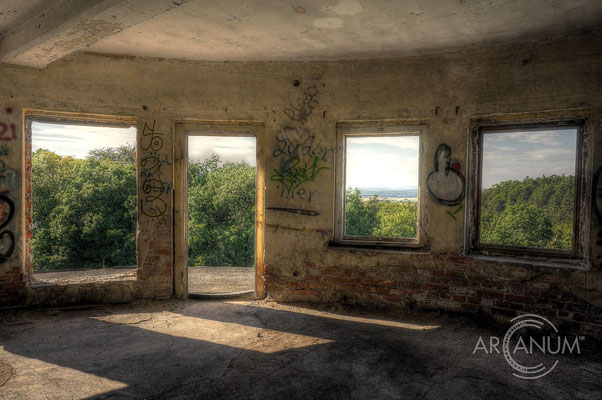 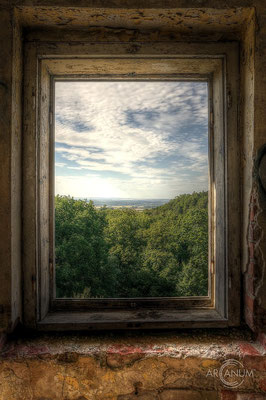 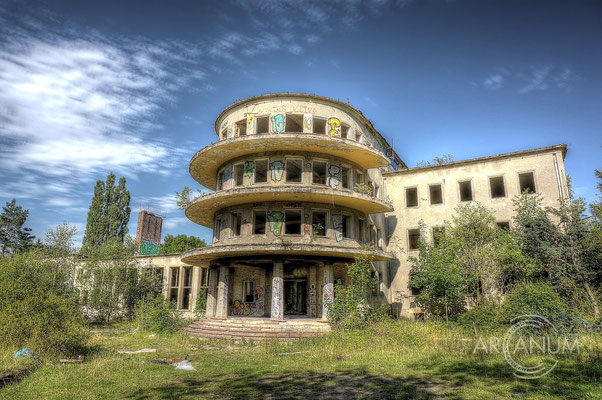 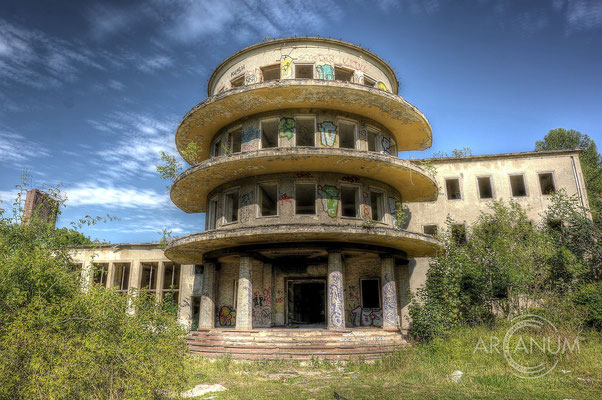