This church was donated to the parish by the community in 1893. It was also called "Sugar Beet Church", because the town had gotten wealthy trading in sugar beets.

It was built in neo-gothic style and dedicated in 1894.

But the heyday of the church didn't last long; the number of churchgoers drastically declined - reason was a change in the contemporary taste which began preferring the "real Romanesque" and with that the old town church - and the Red Church (the never even got a "real" name") was decommissioned in 1953.

The former house of god fell victim to many looters and vandals over the following decades. After the german reuinification in 1990, hope arose with a new investor, but the company went bancrupt, and so the church is left to decay. 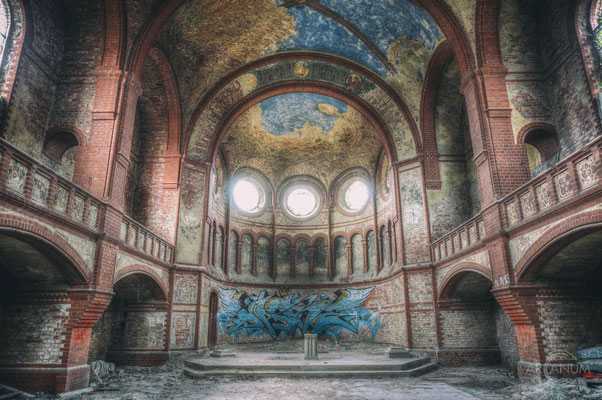 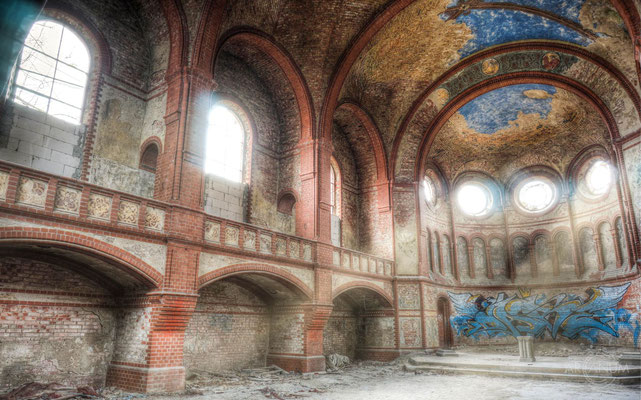 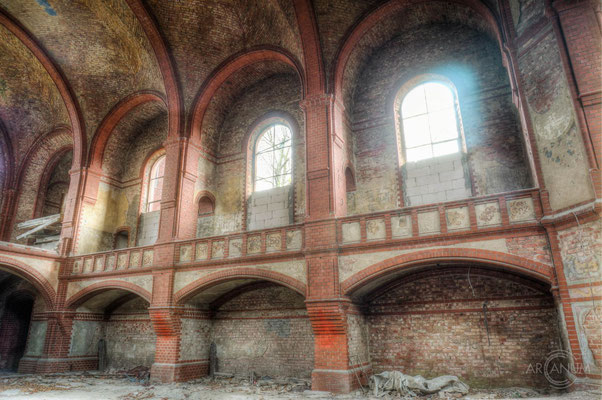 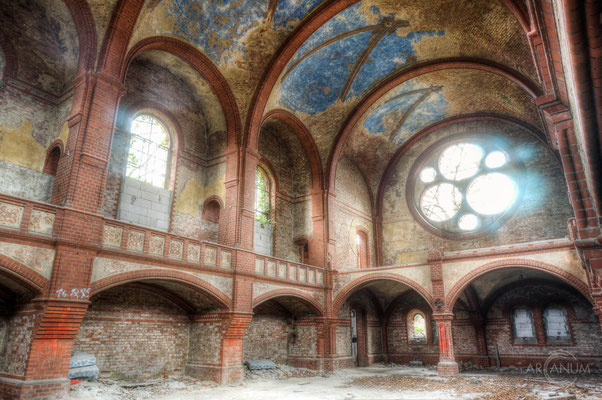 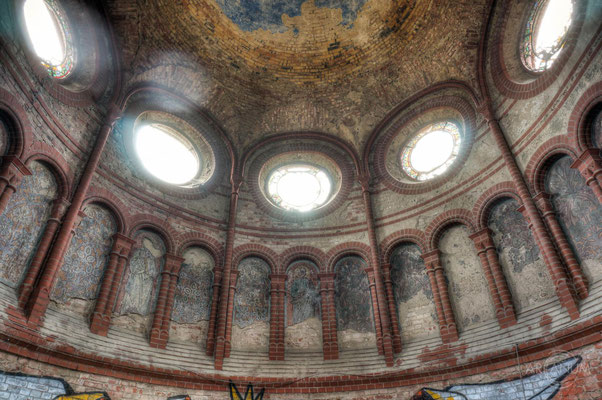 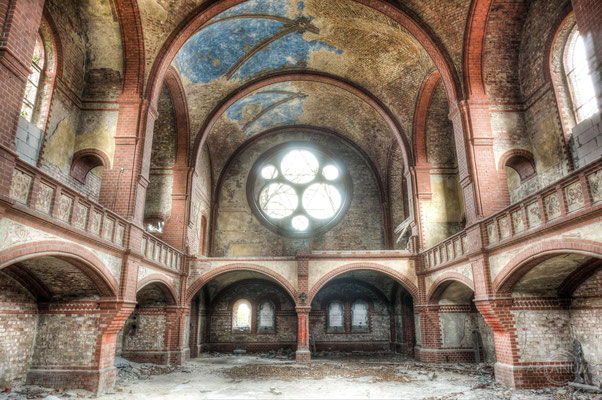 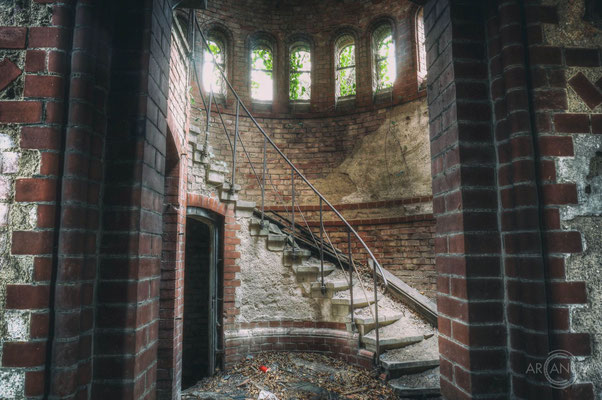 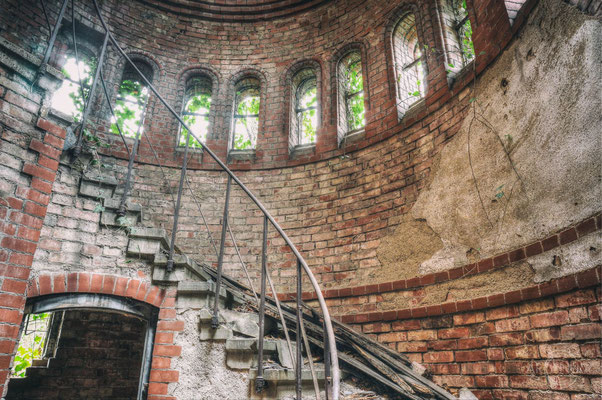 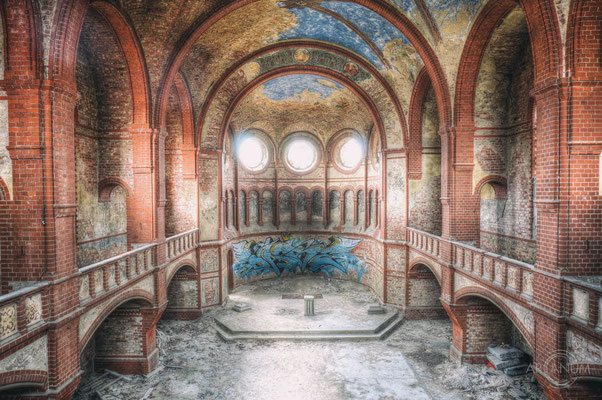 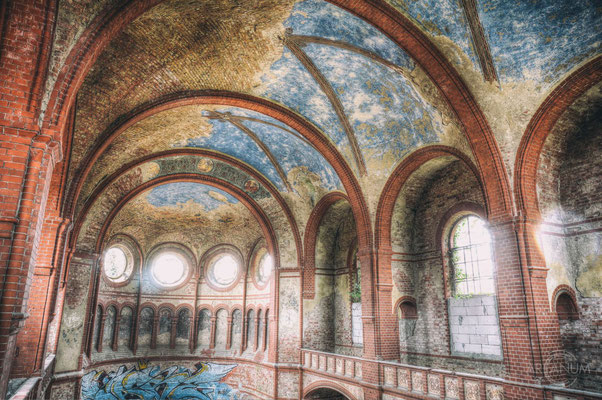