These two disused locomotives we discovered on a railyard in Eastern Germany. The railyard itself used to be abandoned, but is now being used by the local "friends of the railroad" club.

It will probably be converted into a museum sometime in the future.

But on the premises of the railyard, a little off to the side, you can find these to old locomotives.

They were probably used by the East German "Reichsbahn" (the East German railroad company), but there is no telling if the locomotives have been built in Germany, the Soviet Union or elsewhere.

It is a beautiful sight to see these two "old friends" grow old together. 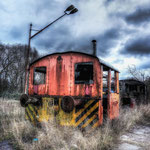 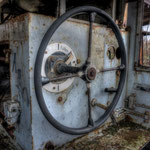 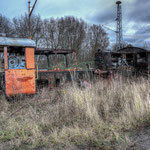 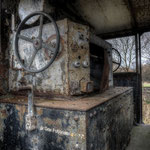 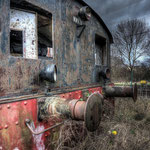 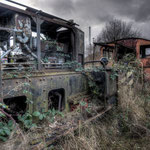 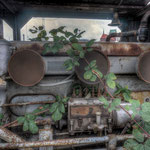 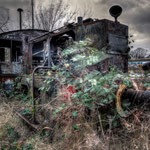