Until the early 1890s, there had been only privately owned slaughterhouses in this city. But private slaughter of animals was prohibited, so the city had this big slaughterhouse built, which was opened in 1893. Next to the prohibition of private slaughter, the city also hoped for improvement of hygienic conditions and less traffic inhibitions due to the cattle drive. Between the years 1932 and 1939, the area was expanded substantially. During the time of the German separation, the slaughterhouse became part of the regional meat production combine.

By the end of the 1970, more than 1.000 pigs, 200 cows and 70 smaller animals were killed during each shift. Due to this high output, the construction of a quick freezing facility became necessary. But because of opposing orders from the regional government regarding the conservation of energy, the cooling plant was not built and the slaughterhouse kept producing under special permit despite the hygienic risks. Countless products had to be disposed of due to discoloration or formation of odors, or were dried-salted or processed into boiled sausage.

In 1993, the slaughterhouse was eventually closed.

It has been publicly accessible for 20 years after ist closure, so it has been a playground for graffiti "artists" and vandals. Only for the last few years, some sorts of security measure have been taken. 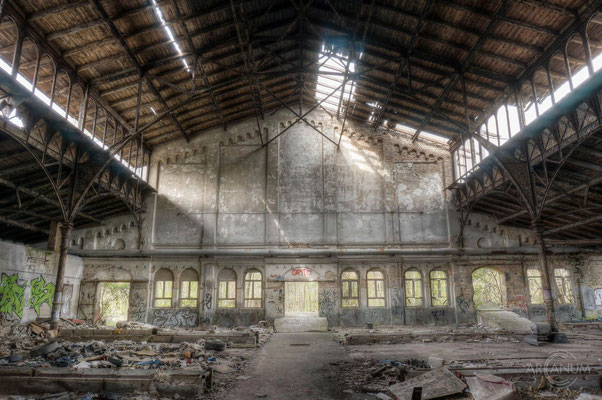 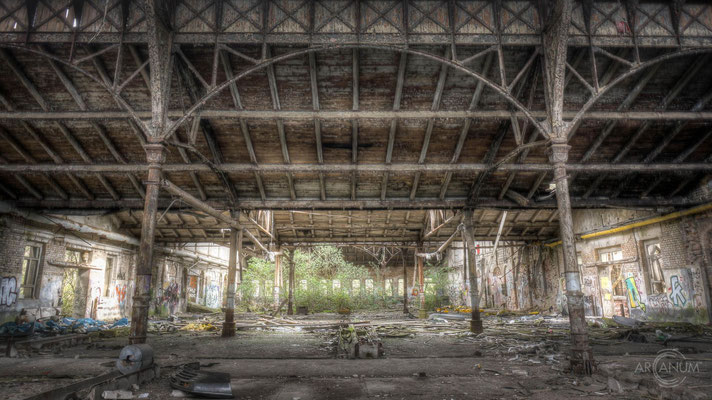 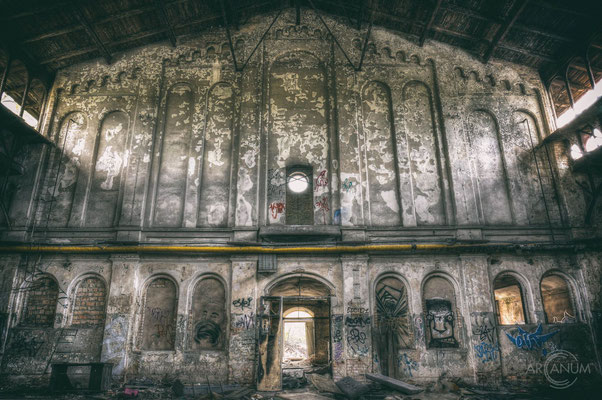 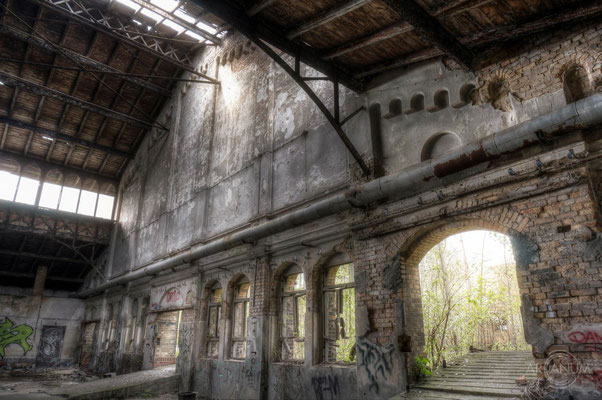 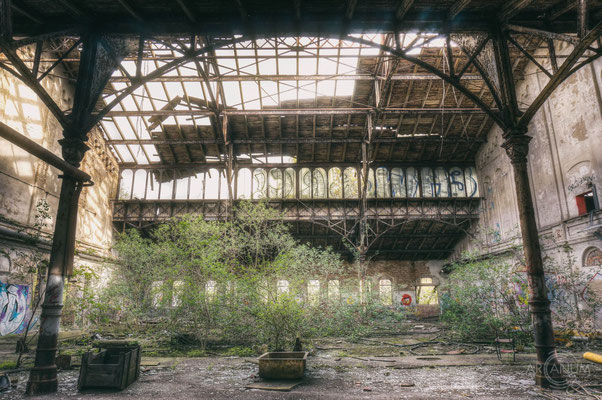 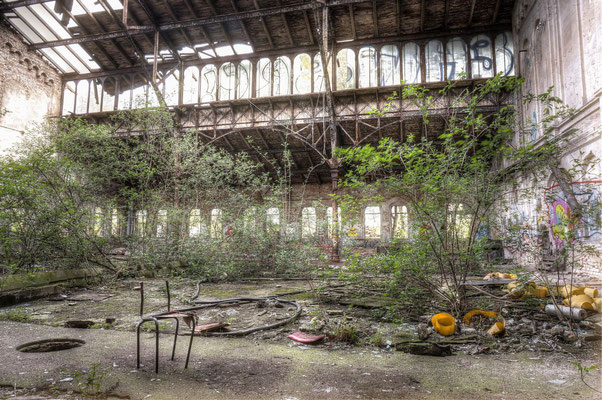 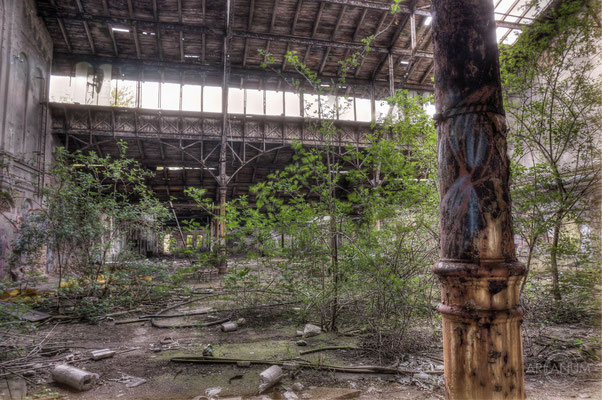 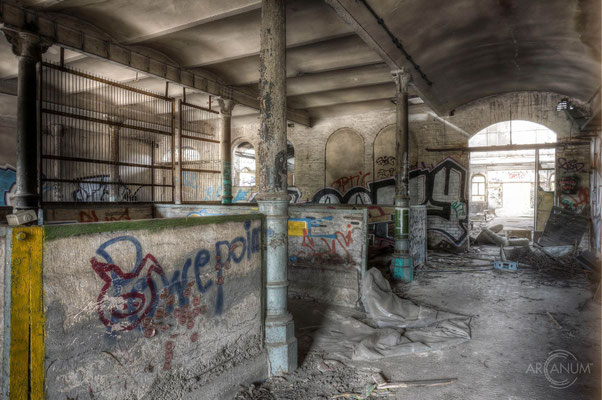 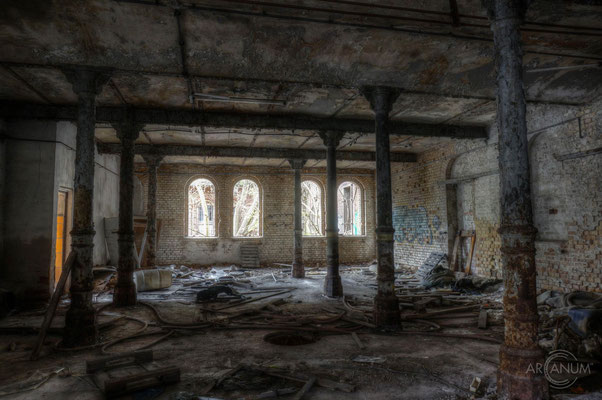 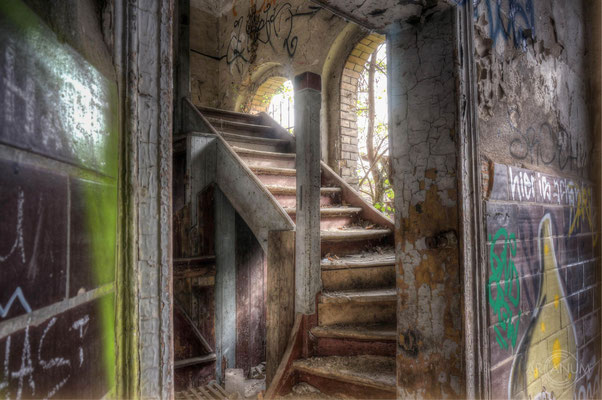 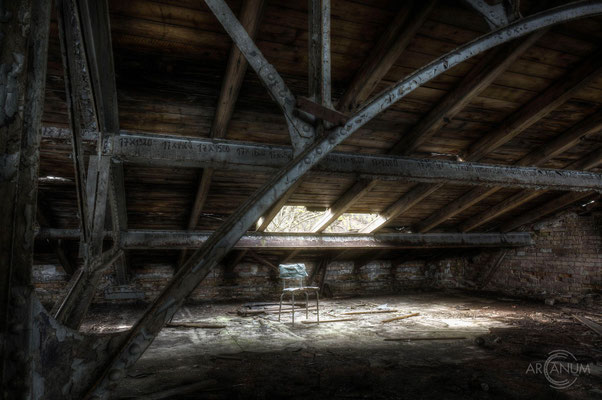 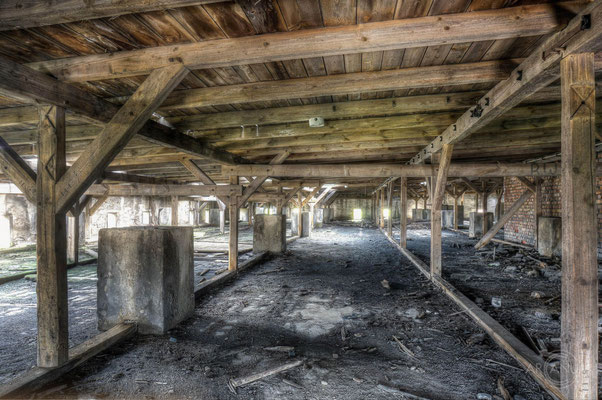 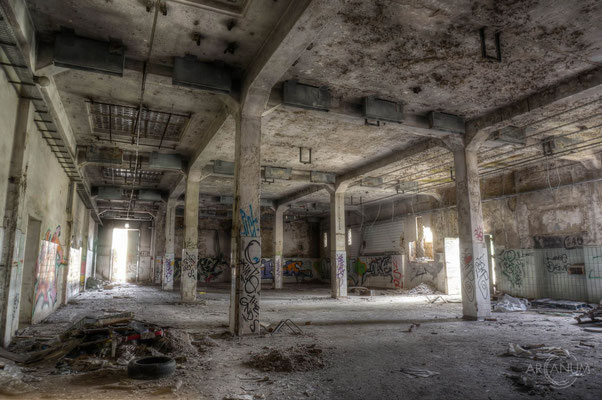 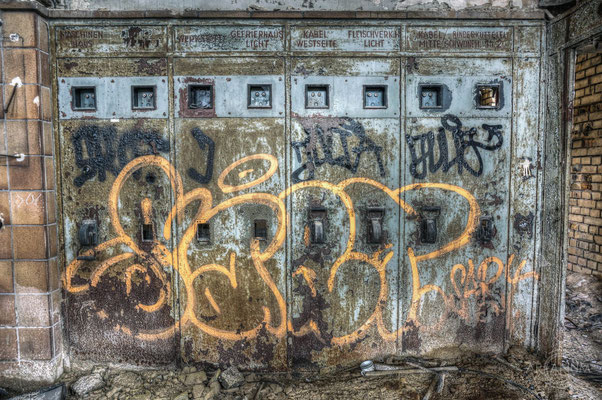 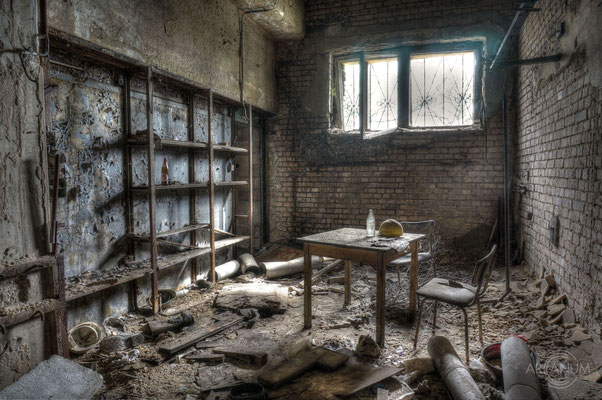 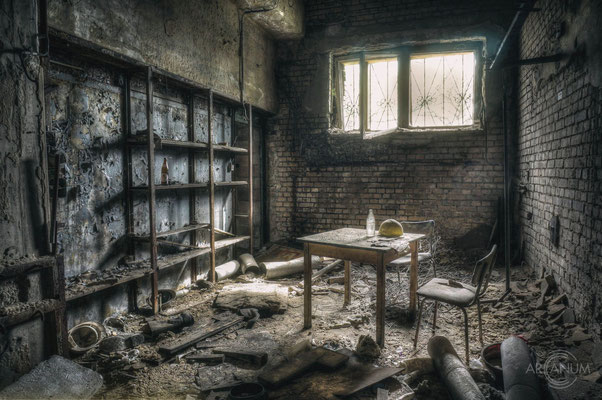 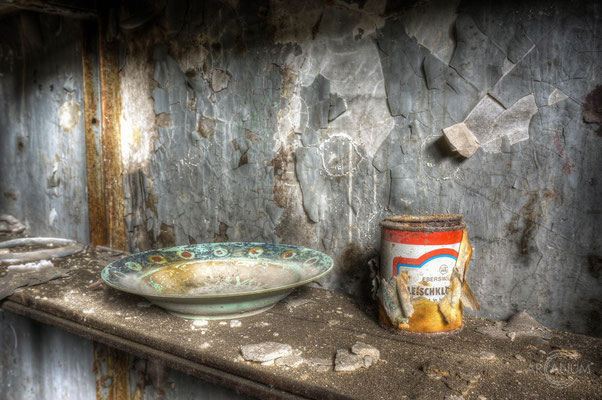 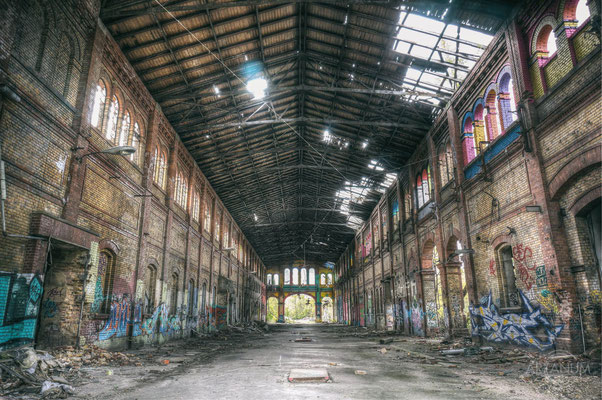 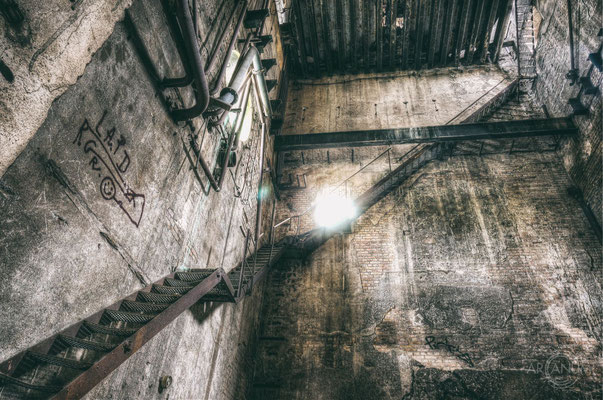 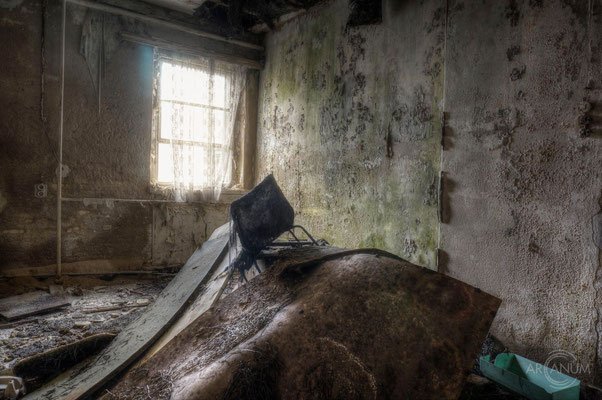 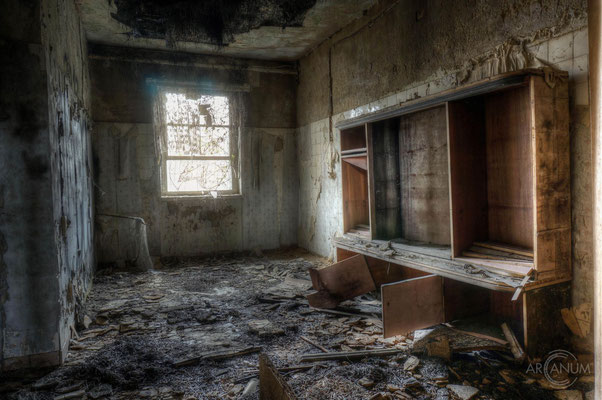 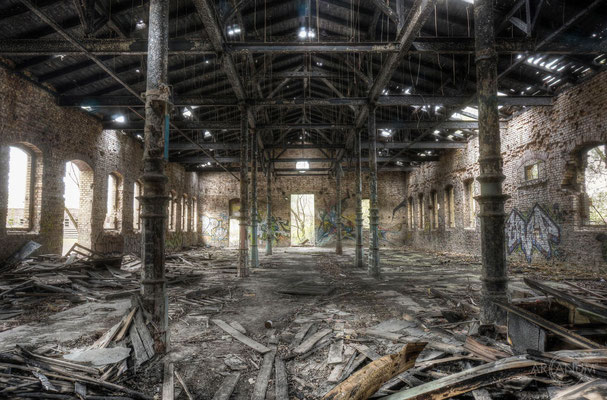 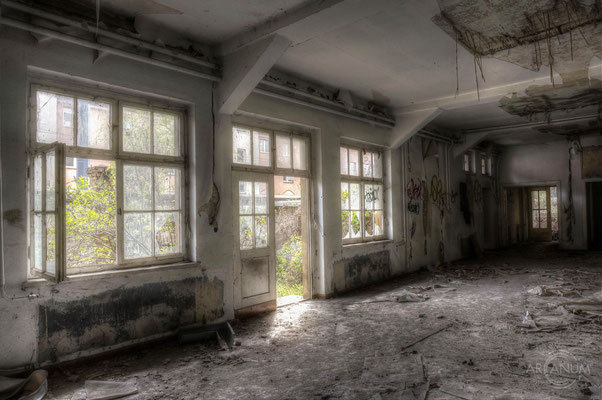 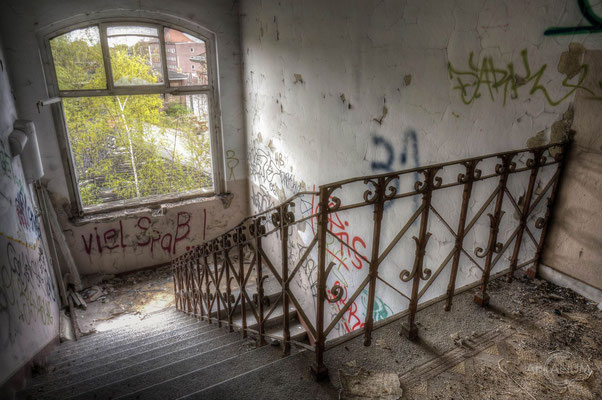 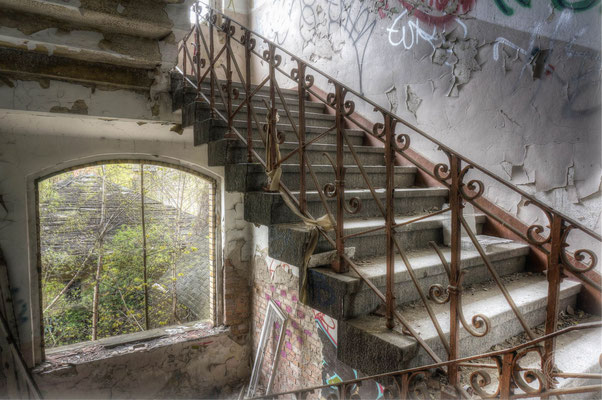 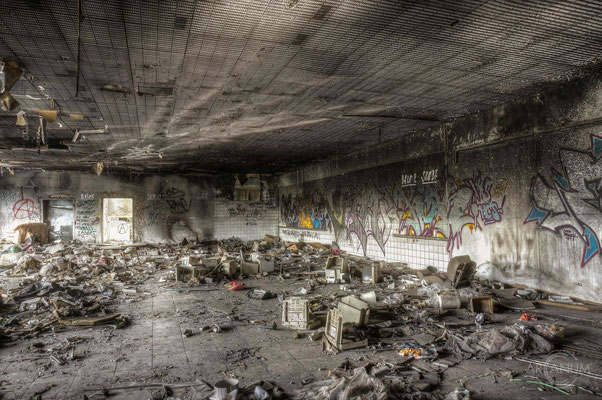 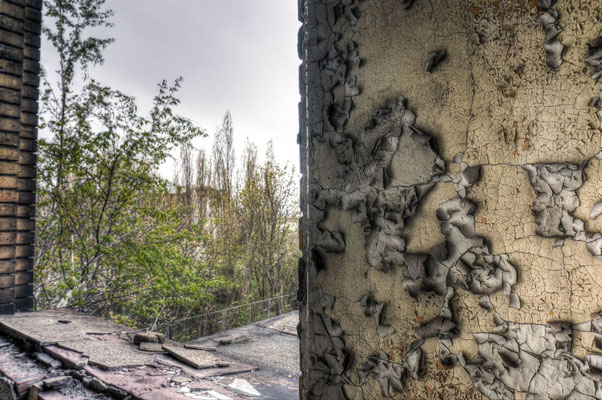 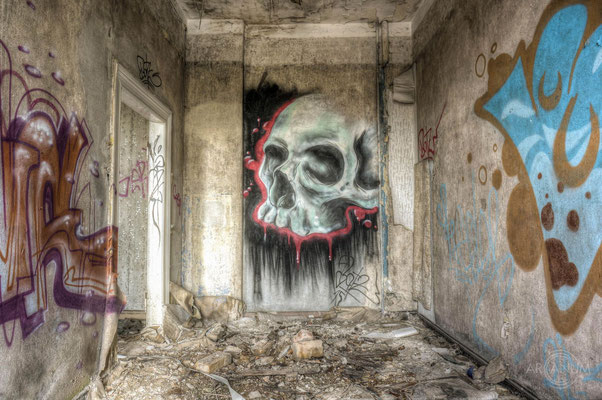 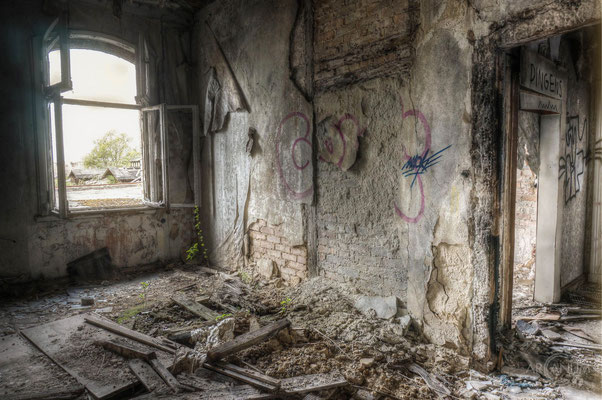 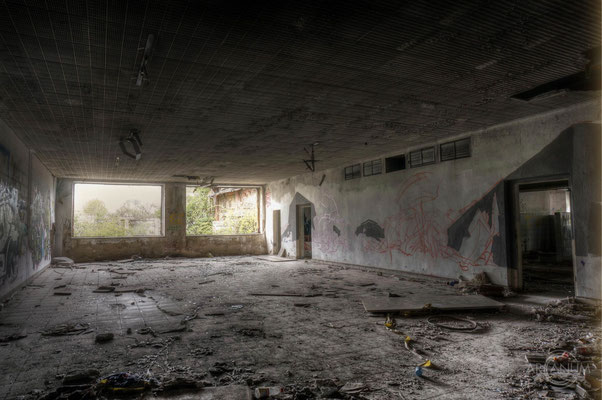