This bunker in northern Germany was built in  the 1940s. It has five floors including the basement and a total surface area of roughly 1.350 square meters.

The walls and the ceiling are 2 meters thick, and the bunker was intended as air-raid shelter for about 1.600 persons.

In June of 1945, the british military adminsitration planned to completely demolish the bunker, but because it is lcoated in a residential area, it was only detonated on the inside to prevent damages to the houses around it. 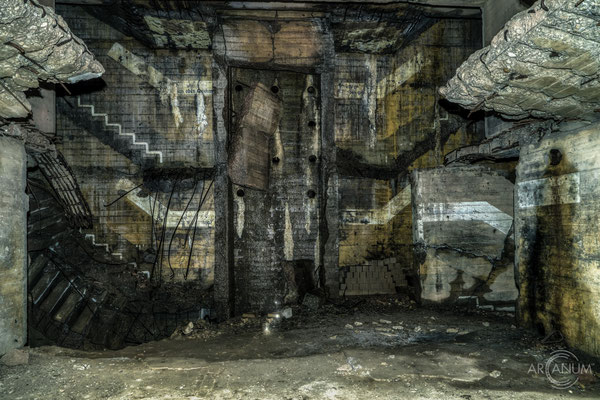 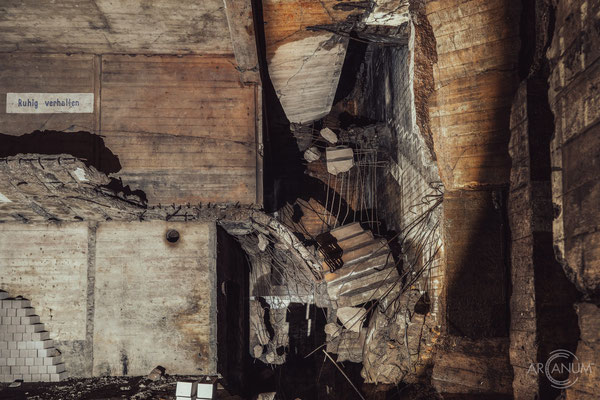 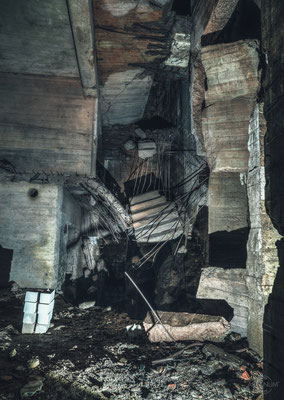 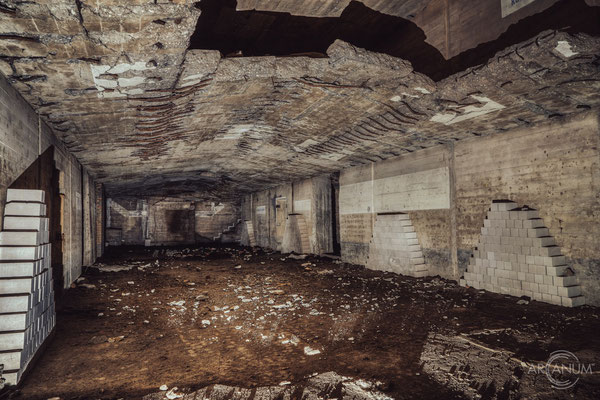 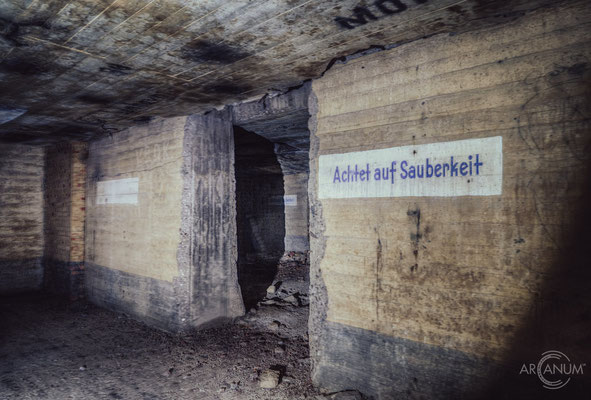 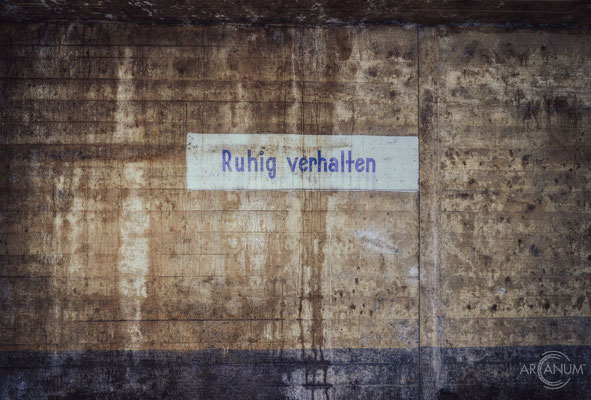 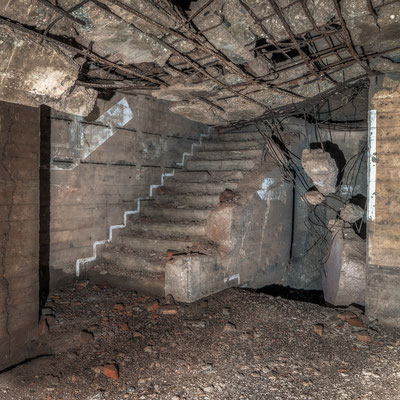 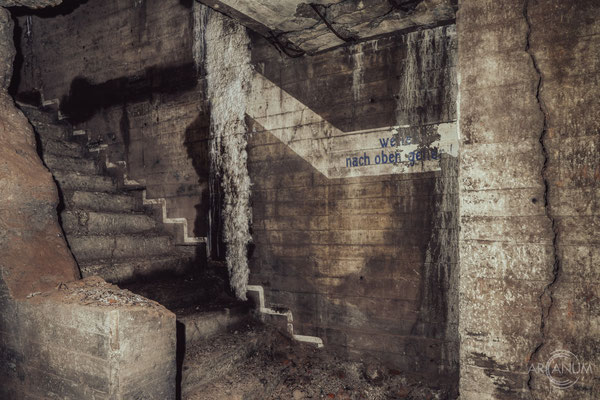 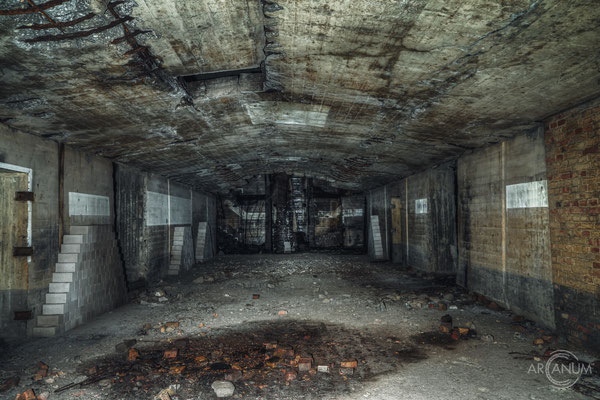 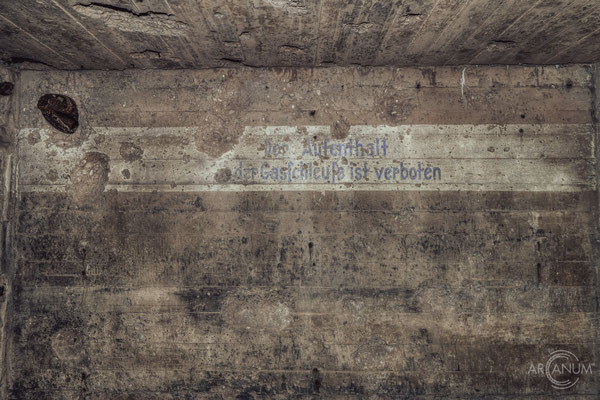 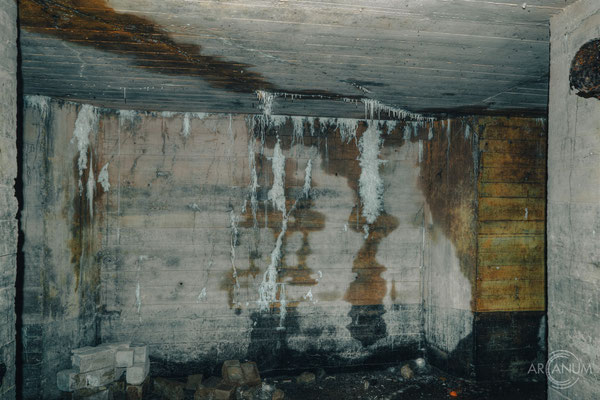 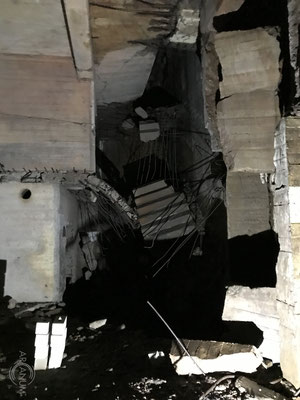 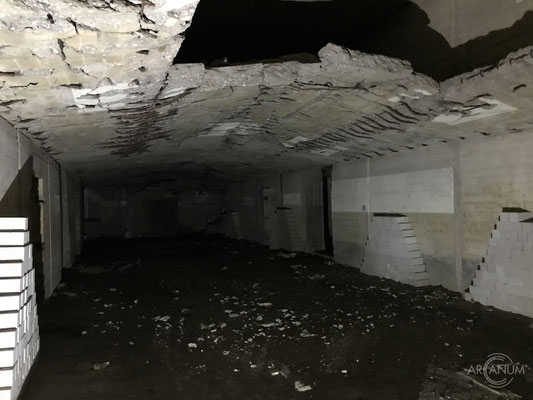 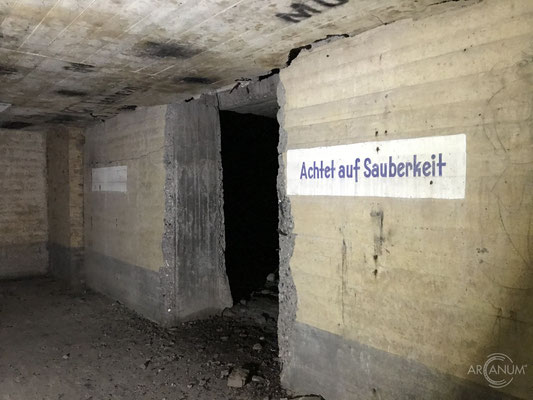 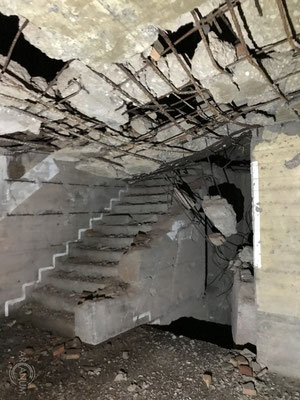 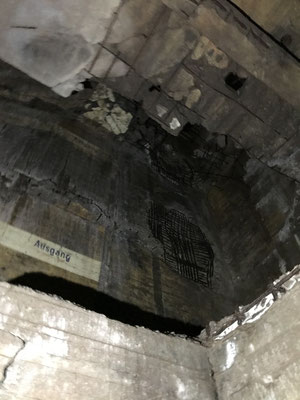 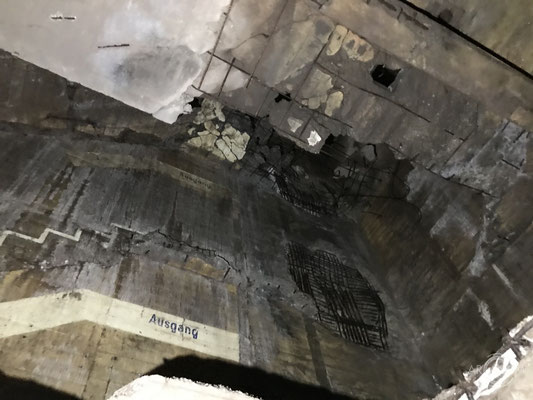 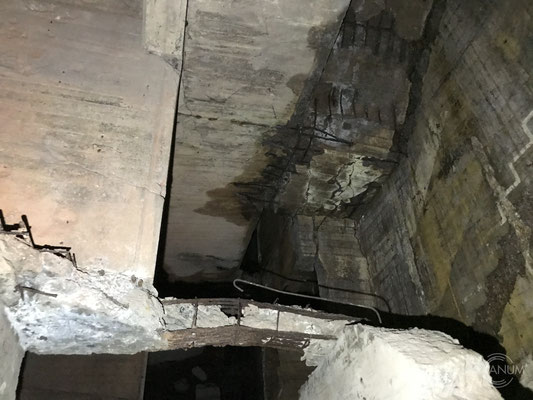