This underground air-raid shelter is located beneath a factory for the production of transport equipment. In the 1930s, the bunker was constructed as an air-raid shelter for the factory staff.

During World War II, the production was changed from transport equipment to anti-tank weapons.

As with many industrial facilities, forced labour was an important resource for keeping up the production. For the protection against aerial attacks, parts of the production were relocated underground into the huge bunkers.

As an essential industrial operation, the facility was fully equipped - complete with auxiliary hospital and rescue center.

During the German separation, a part of the bunker was sectioned off, and a division of the GDR's civil defense found a new home here together with the factory's combat troops. 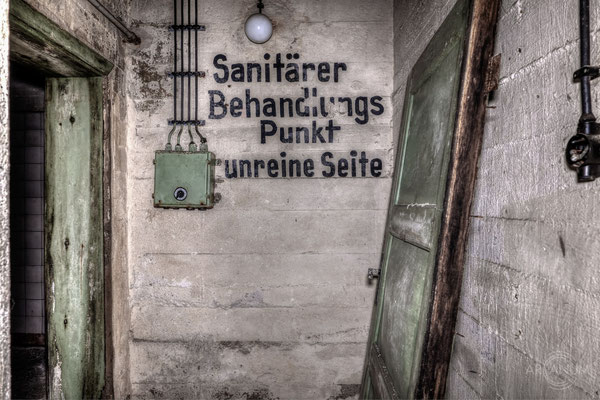 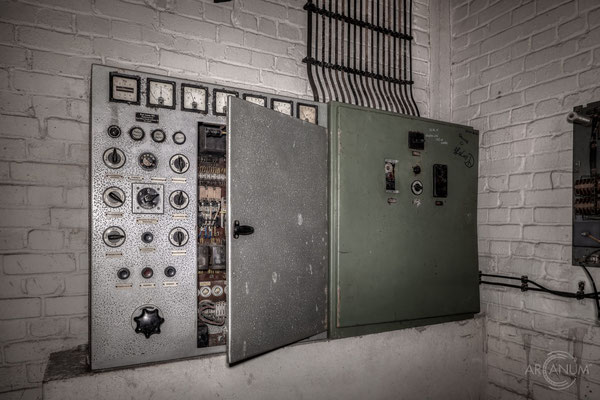 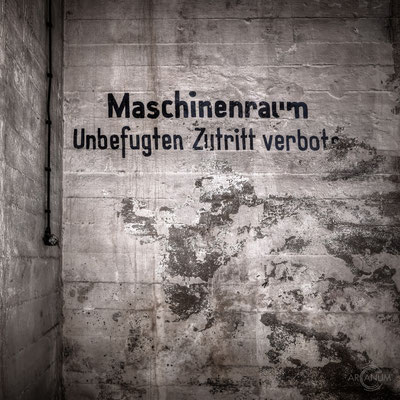 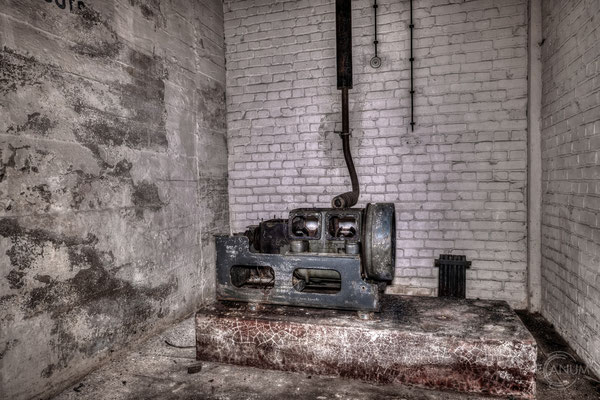 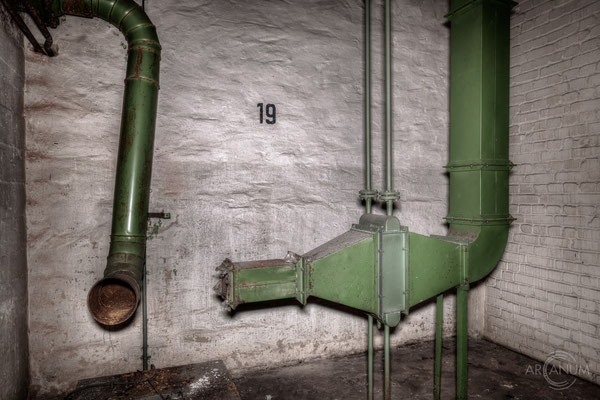 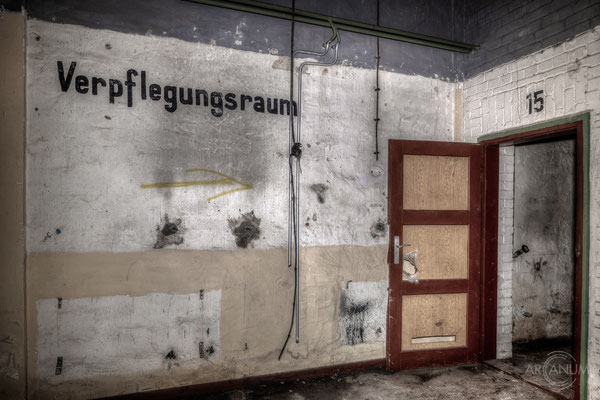 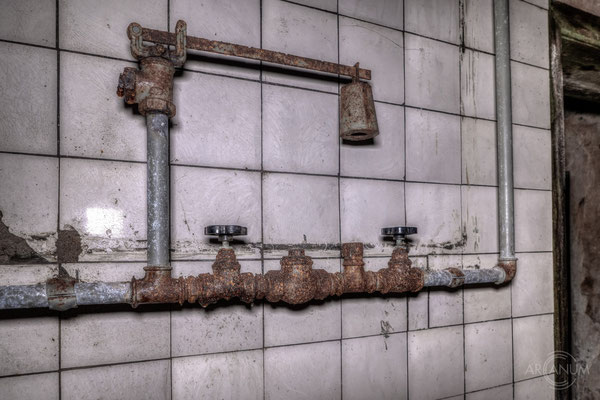 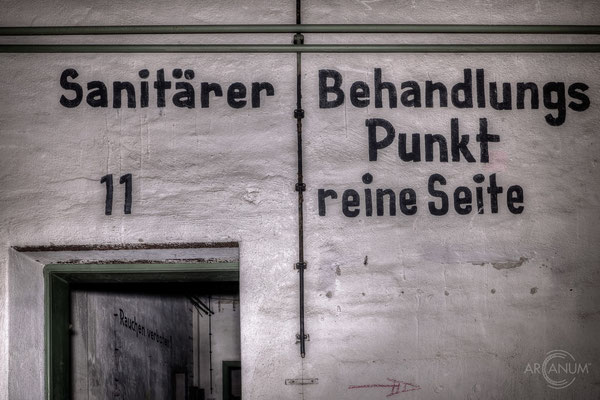 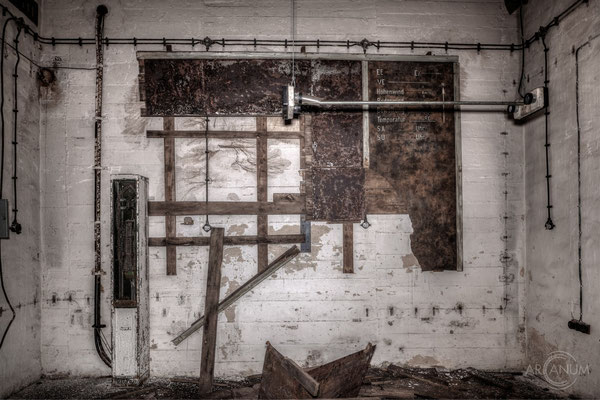 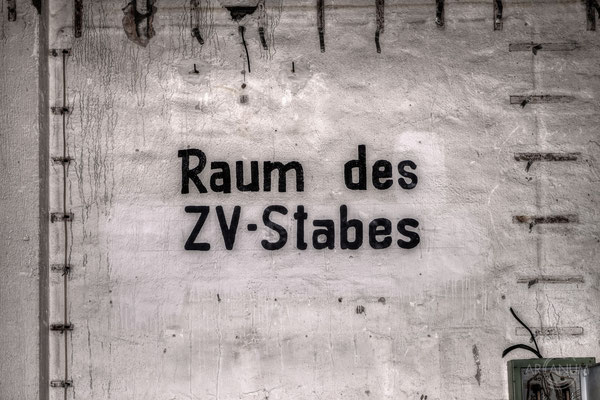 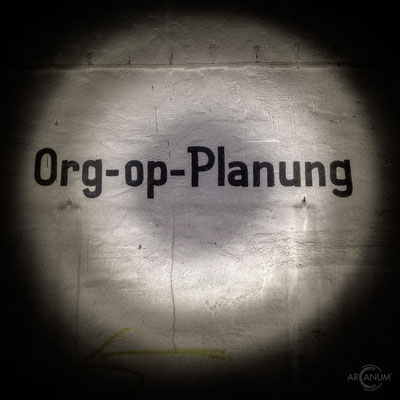 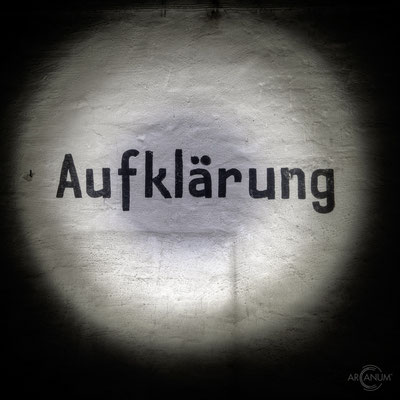 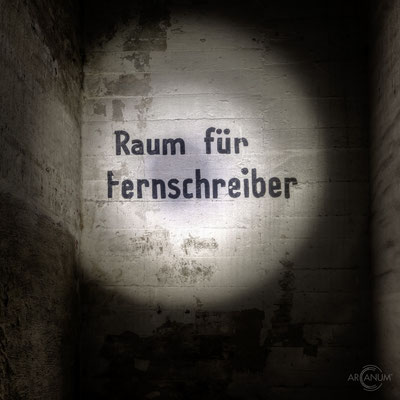 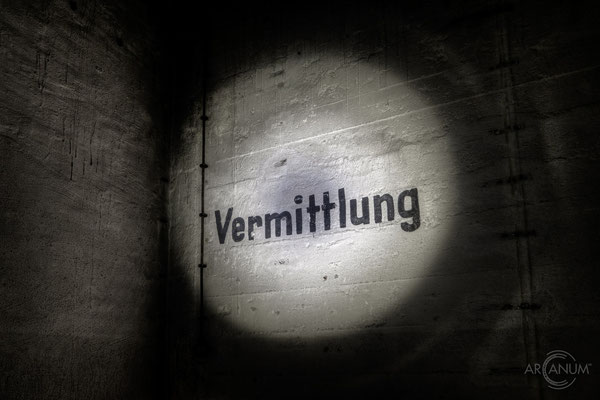 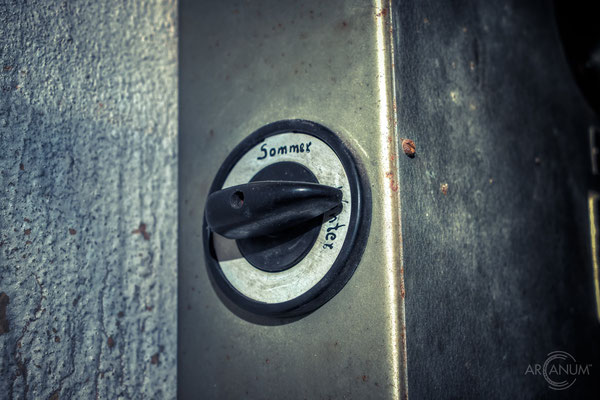 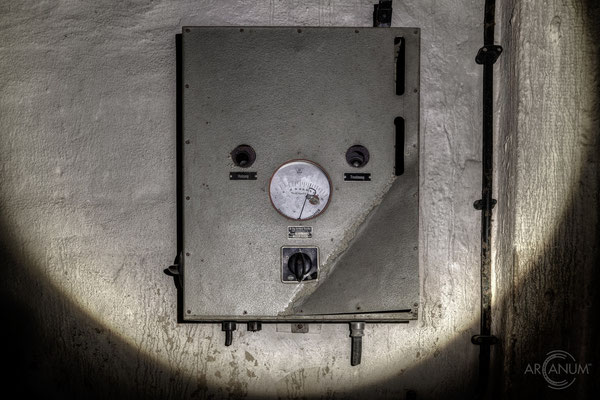 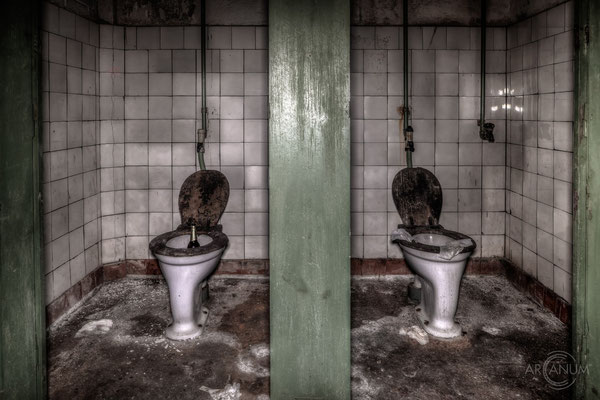 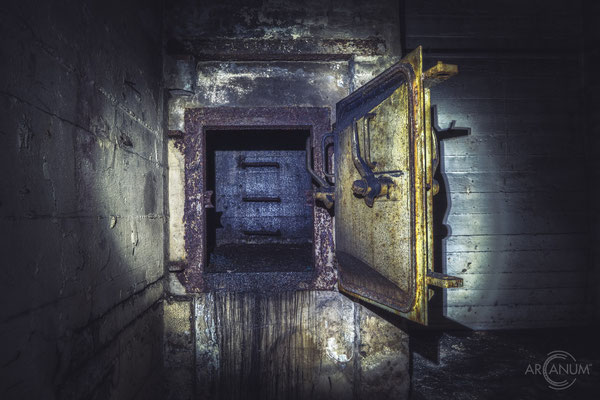 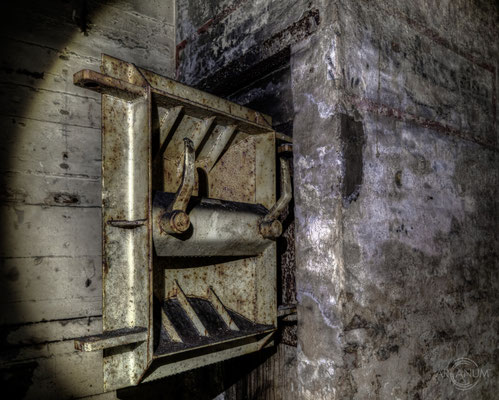 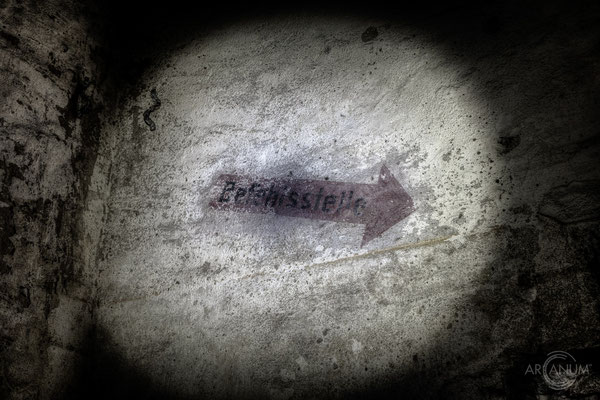 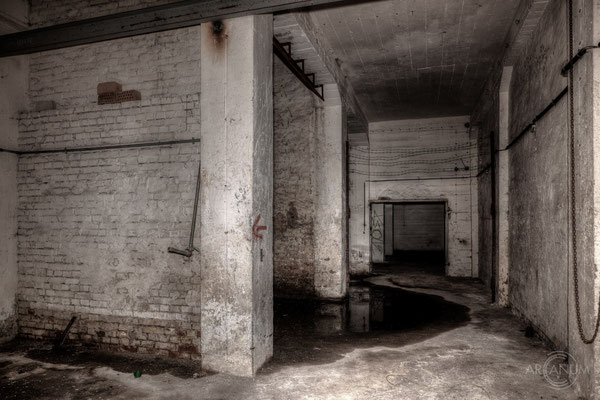