existing cave systems that previously belonged to the a Restaurant in the nearby city. Before and after that there was a mushroom farm on the site. The expansion work by the forced laborers progressed quickly, as ealry as August 1944, there was talk of outsourcing the Junkers Flugzeug- und Motorenwerke AG, Halberstadt branch, to areas that had already been completed. The expansion of the underground storage was carried out by many forced laborers from the Langenstein-Zwieberge camp, a satellite camp of the Buchenwald concentration camp.

The tunneling was mainly carried out by French prisoners of war. The total area of 6500m² was planned to provide a usable area of 3700m². These are roughly the dimensions of 200 m x 75 m. The system had an underground boiler house with 3 boilers and a ventilation system with a bunkered shaft head.

The shaft head consisted of two shafts, an air shaft and a smoke outlet (chimney shaft). The shaft for the smoke outlet was double bricked. The actual chimney, which in turn contained a large metal pipe, was built into the outer high wall. Above ground, this was protected with a thick wall. After the expansion, the existing cave systems had a usable area of 550 m² and were used for metal processing and sandblasting.

The planned production of wings for the Ju 88 and fuselage cells for the Ju 162 was carried out from December 1944 to April 1945. The new tunnel was then partially demolished. As were all access roads (the West, East and South access roads) and two connecting tunnels. 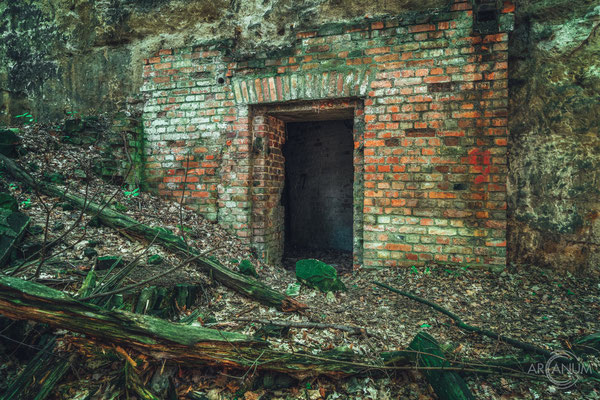 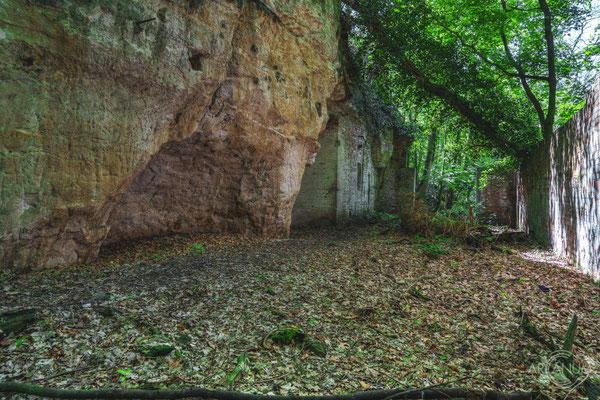 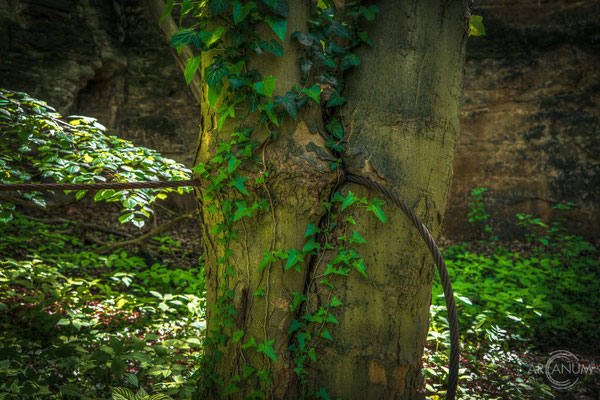 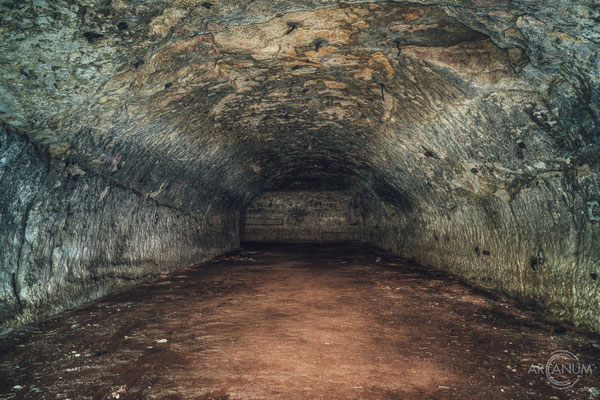 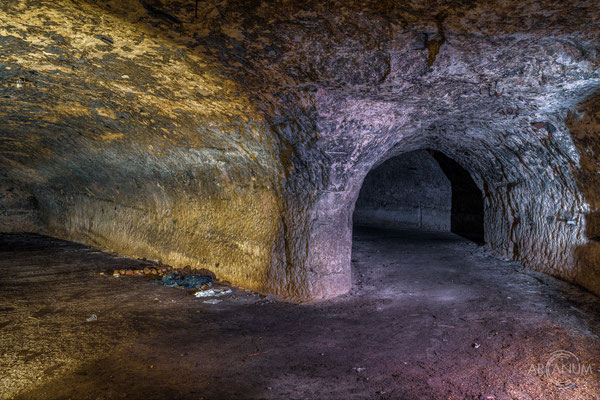 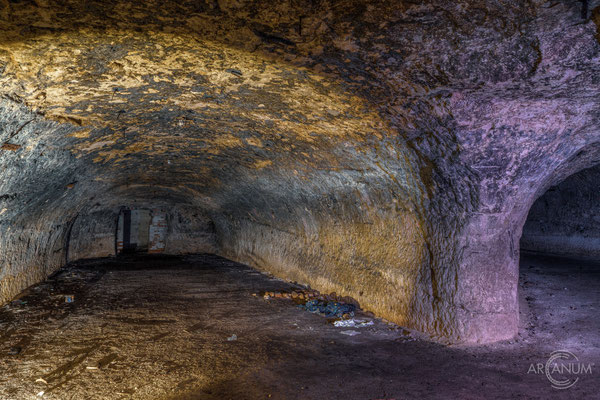 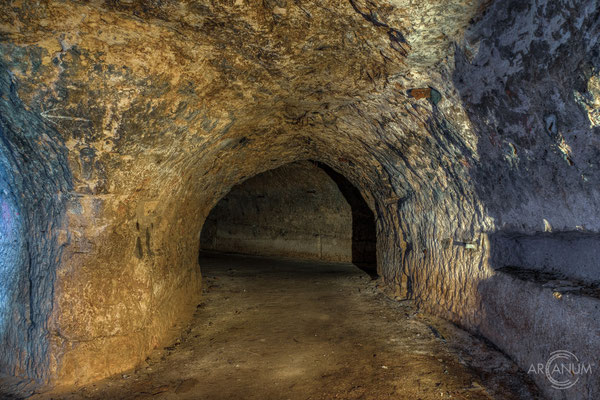 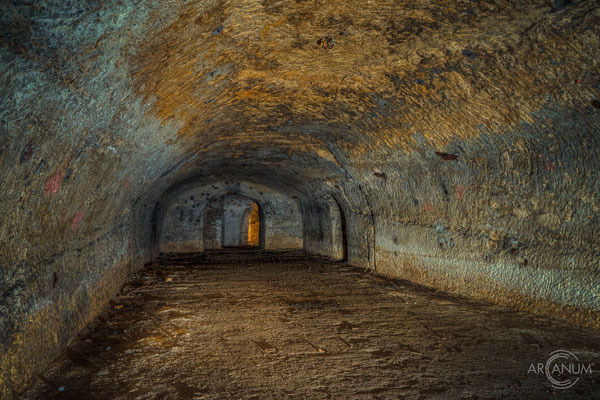 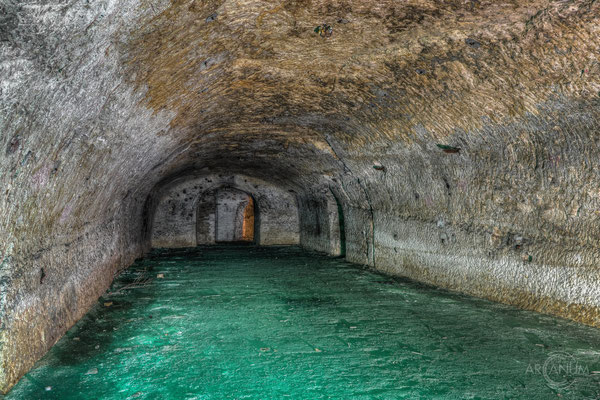 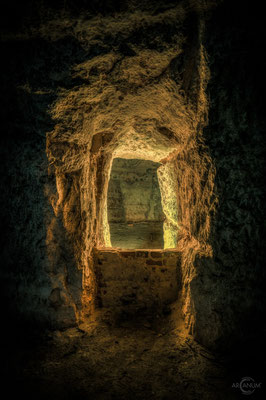 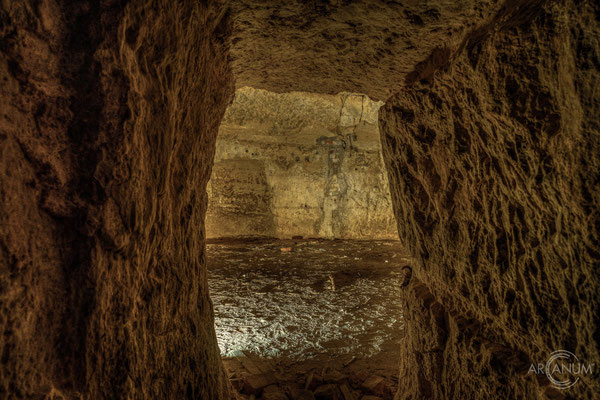 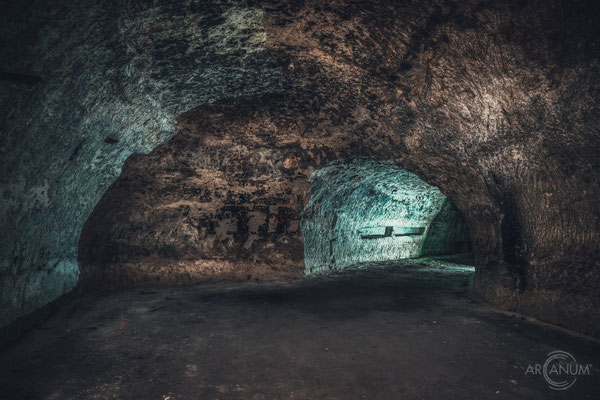 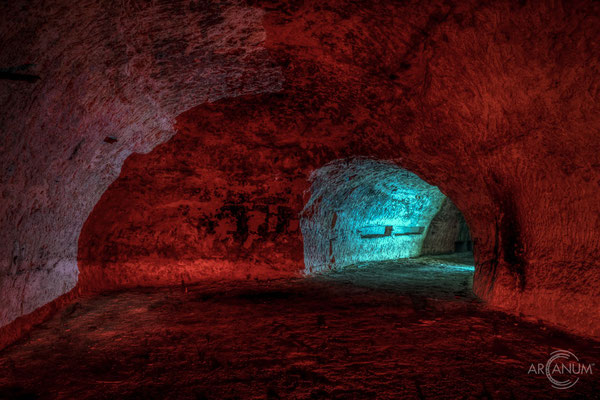 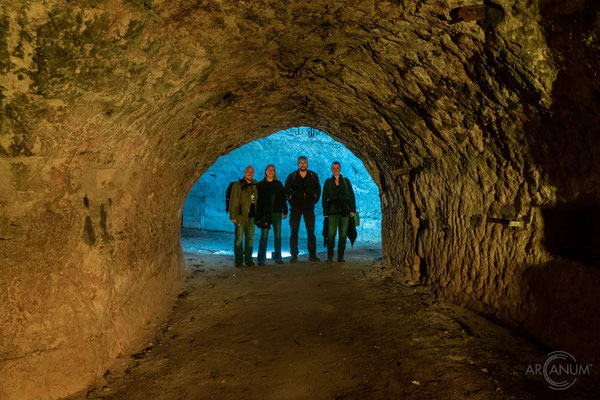 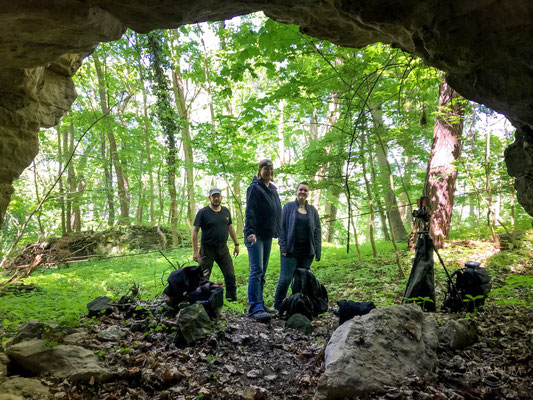