Junkers Factory in a Bridge

The bridge was to become become part of today's Autobahn 44 in Germany, but since the plans for this particular marked route (parts are in construction, part is already open for traffic) have been changed to another region, this bridge will only remain am monument.
The Nazis had planned this bridge as an underpass for a forest trail and integrated into its structure a production hall for airplanes and motors.

After Hitler's seizure of power, the plans for the contruction of the Autobahn from the 1920s were taken back out of the drawer.
From April until October of 1939, the marked route was cleared and excavated, and at the same time, construction for this forest path bridge was begun and finished in spring of 1940.

This was also the time that the construction of the Autobahn was stopped because the forced laborers were withdrawn to work in various arms industries.
In 1943, the Junkers Flugzeug- und Motorenwerke built a production hall of about 200 square meters in the middle tunnel of the bridge and more production space of about 250 square meters on both sides of the bridge. This was achieved by putting roofing over the bridge that rested on walls built about 18 meters to the side.

Installed were a number of workbenches, engine lathes and vertical drilling machines. Next to Soviet P.O.W.s, Polish, Czech, Lithuanian and German workers were used, overall about 50 persons.
The entire area was fenced in and patrolled by civilian guards.
The production was pursued until the American troops invaded the area on April 1, 1945. 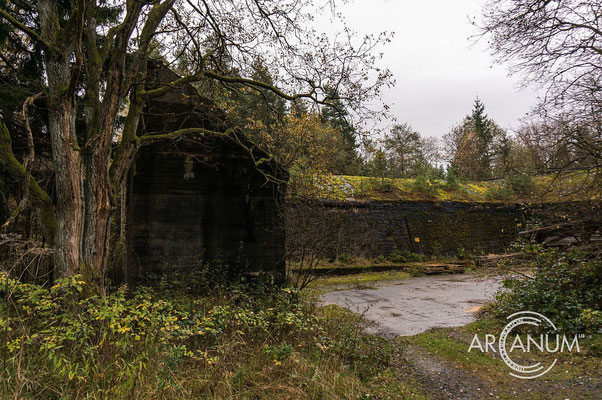 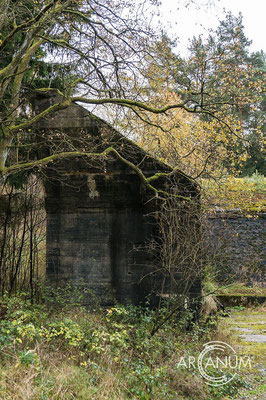 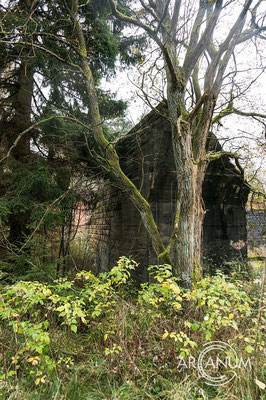 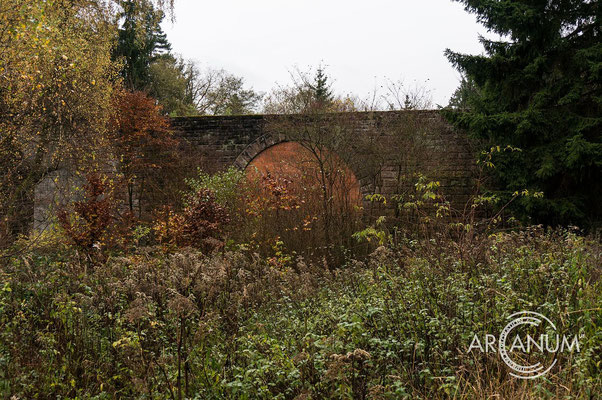 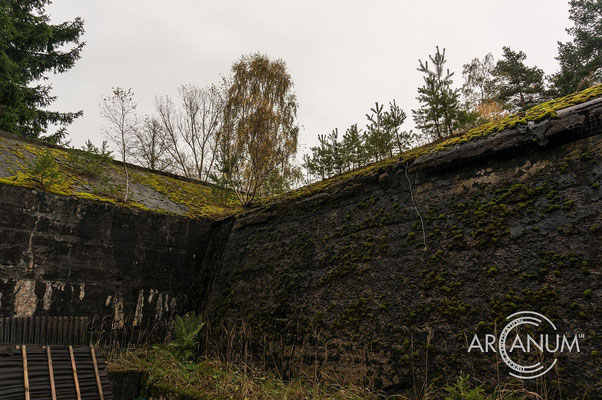 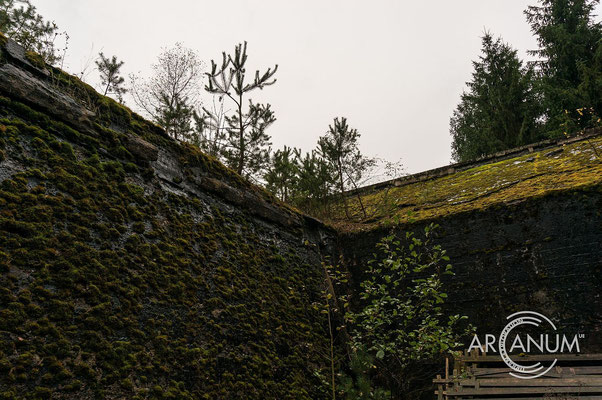 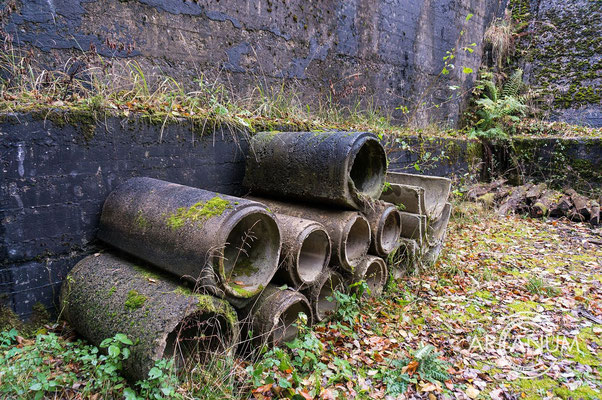 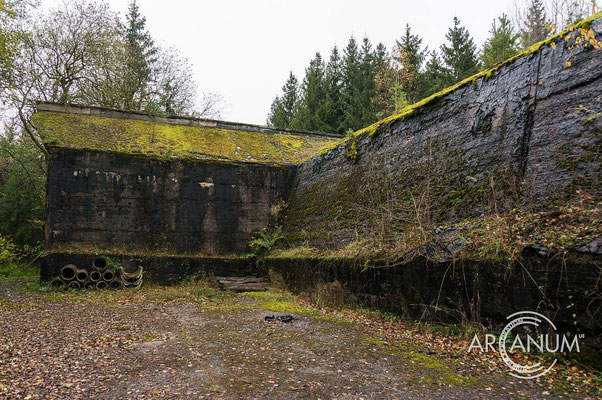 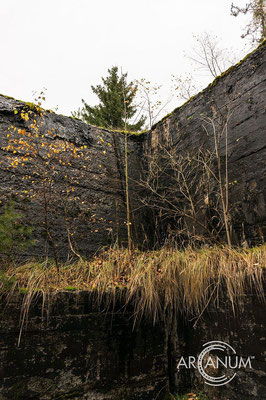 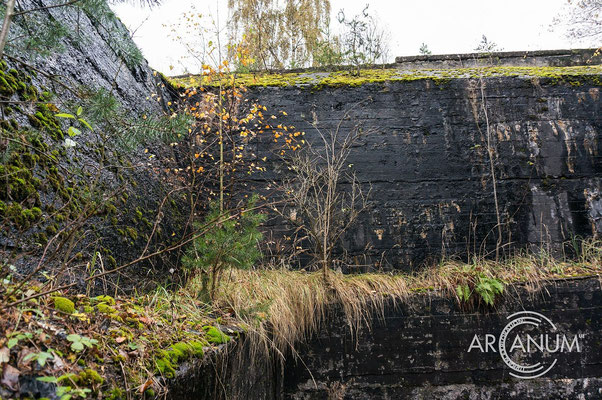 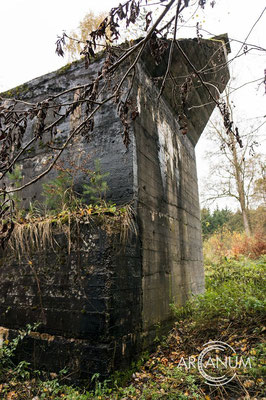 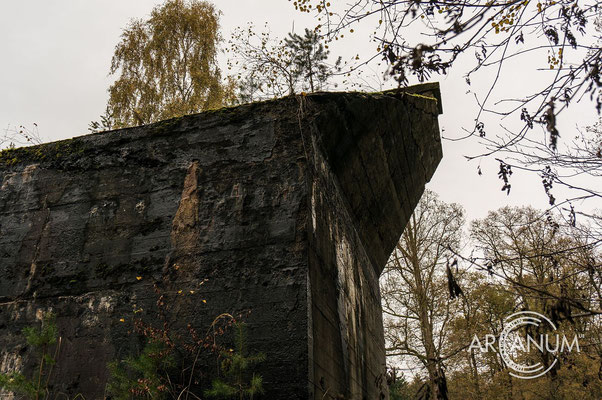 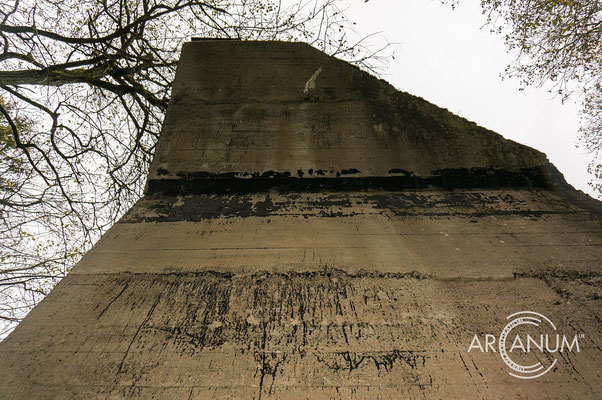 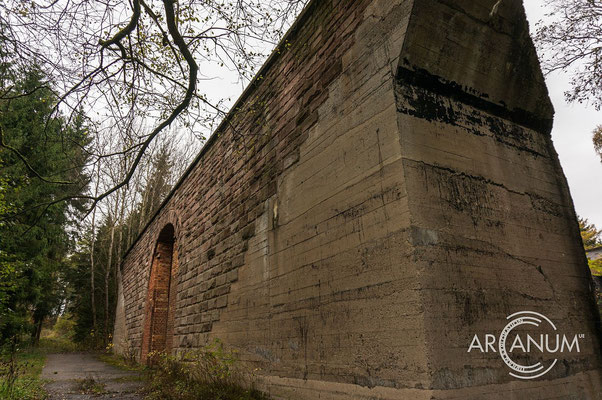 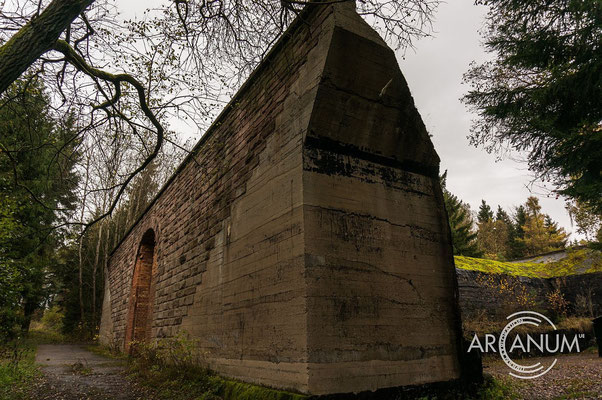 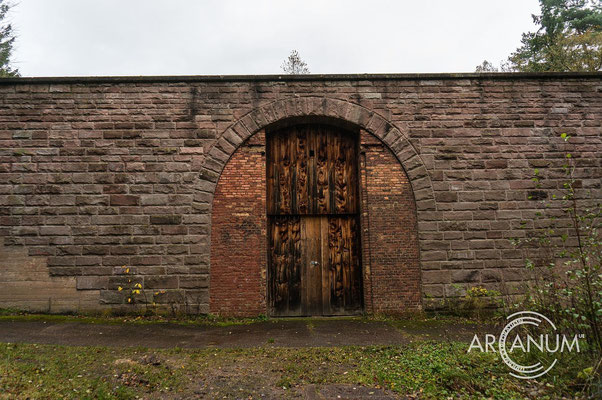