These little "bunkers" had been set up in a lot of places over the cities during World War II for people to seek shelter in case of an airstrike or artillery fire.
This "mushroom" or in German "Pilz" (so called for it's characteristic shape) was built for up to five people that had to cram in there standing up. 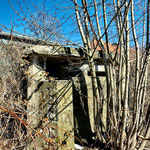 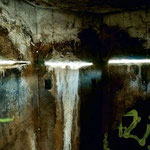 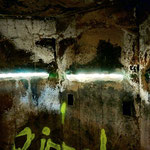 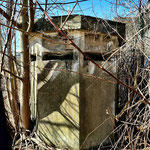