By the side of a highway somewhere in Eastern Germany, just before entering a small city, there are two large relief walls - an open and freely accessible remnant of the Soviet occupation. It is a historical testimony, from which one can view the heroic self-representation of the Red Army as the victorious power of World War II.

The monument consists of two colorful walls and is located on an overgrown pasture between tall grass, bushes and trees. The first wall shows the glorious path of the Soviet unit that was stationed here during the occupation. Originally, the relief was equipped with an electrical lighting system that

traced the army's path during World War II. The central column of this wall shows the figure of the “Liberator”, a Soviet soldier standing on a broken swastika and carrying a helpless child in his arms.

The other wall shows an illustrated version of the Soviet Union's last five-year plan (from 1985 - 1990) with the planned increases in the production of various goods.  It also presents Lenin as the prophetic leader of the revolution. On the left side of a gallery with the pictures of the fundamental components of the new economic organization (agriculture, raw materials, electricity…) is a quotation of him: „It would be impossible to make the country able to defend itself, without the mightiest heroism of the population, who by its courage and determination makes the big economic reforms possible.”

On the back of this wall, decay has severely damaged most of the elements and rendered them illegible. Lenin's portrait, however, can still be recognized, as well as another quote from him: "The party is the spirit, the honor and the conscience of our epoch." 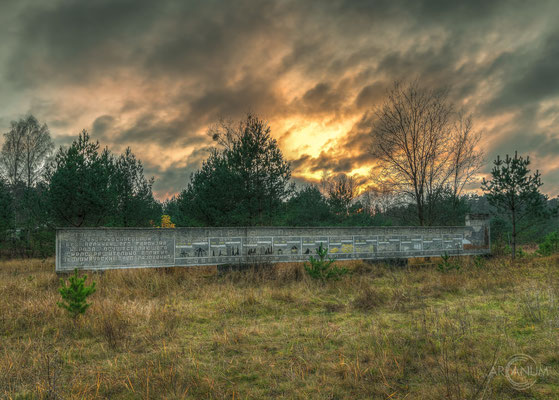 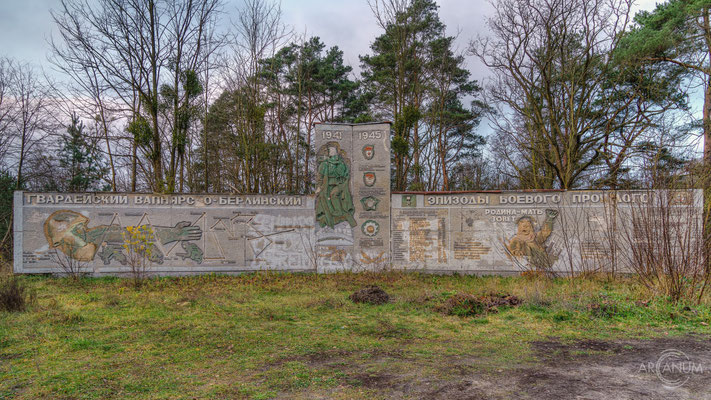 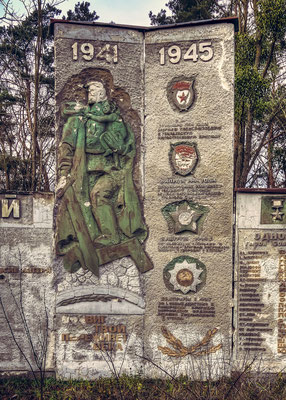 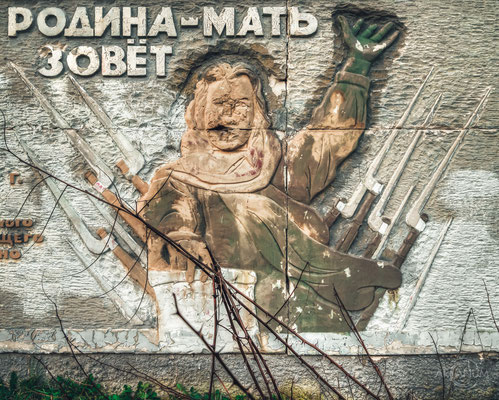 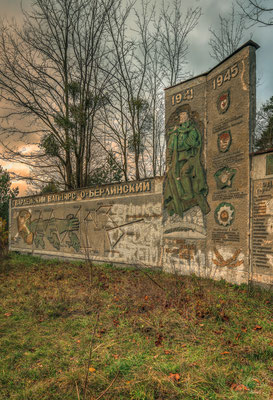 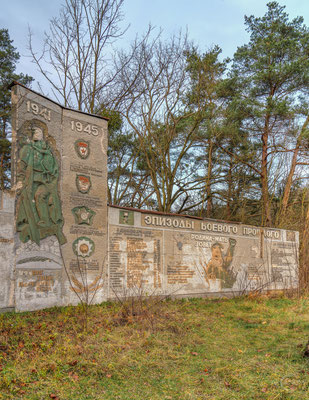 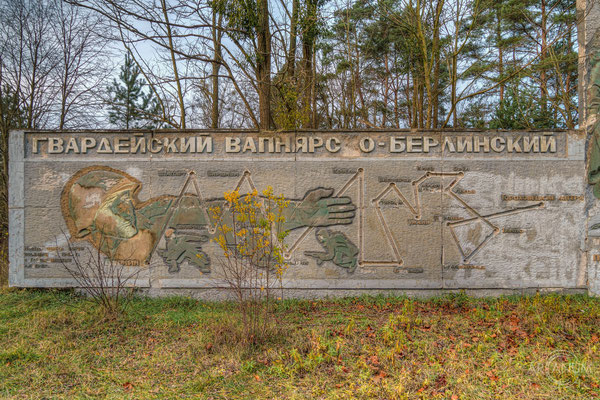 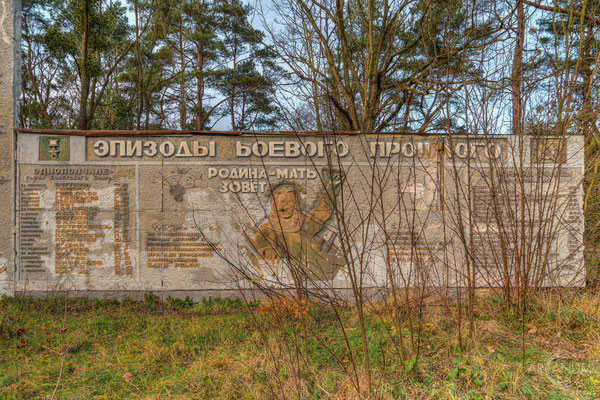 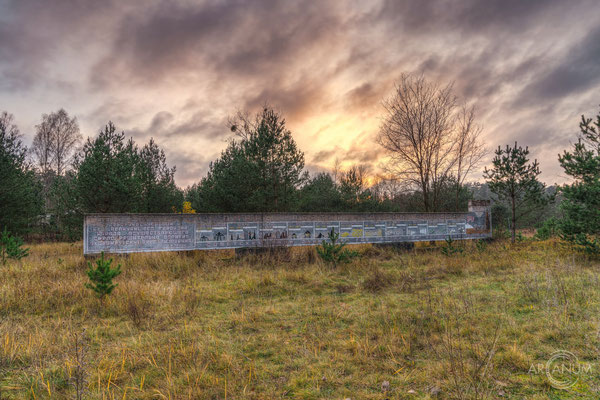 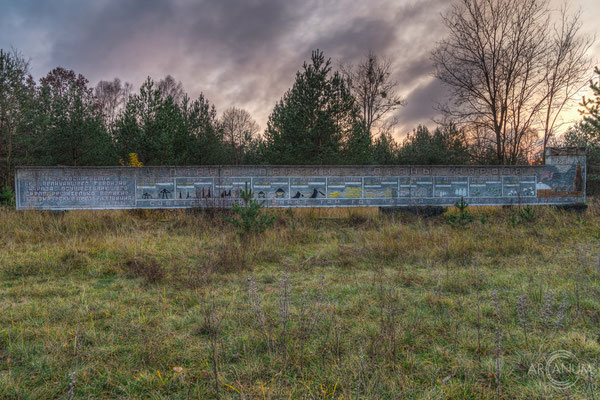 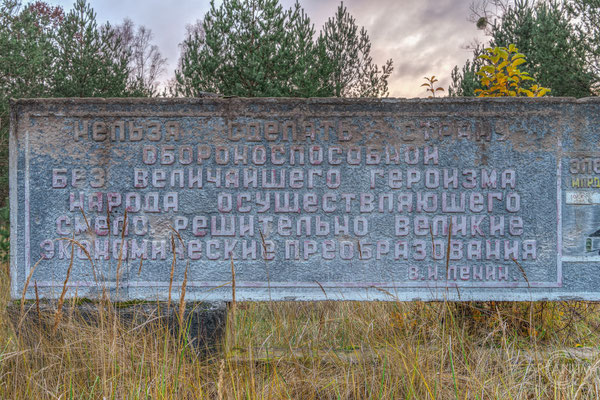 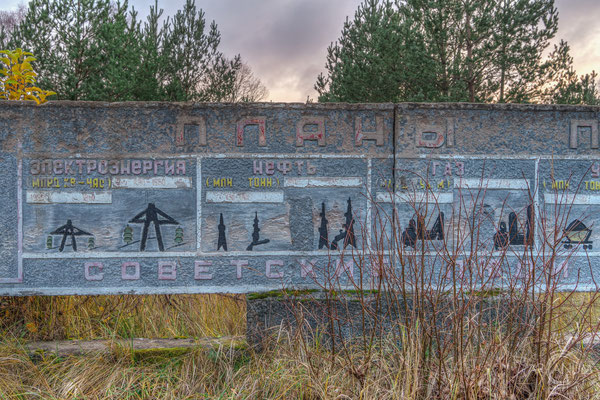 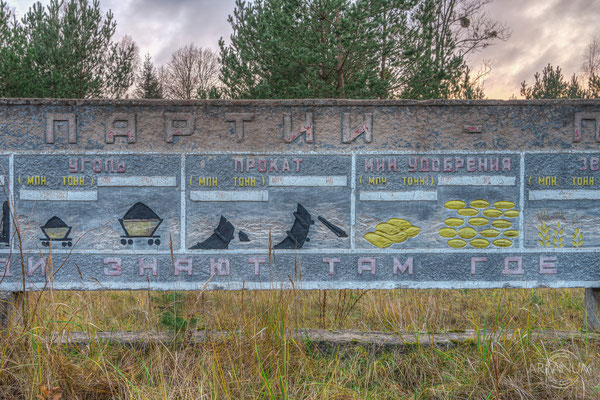 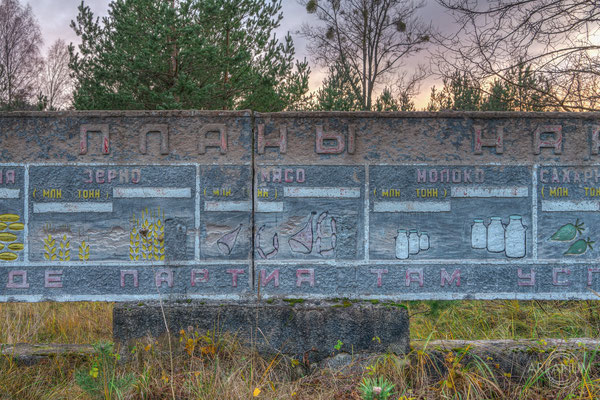 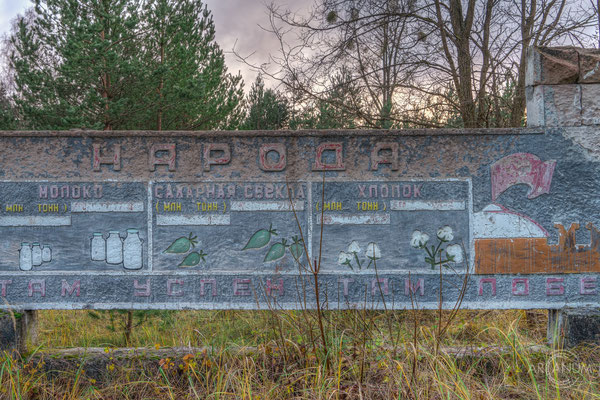 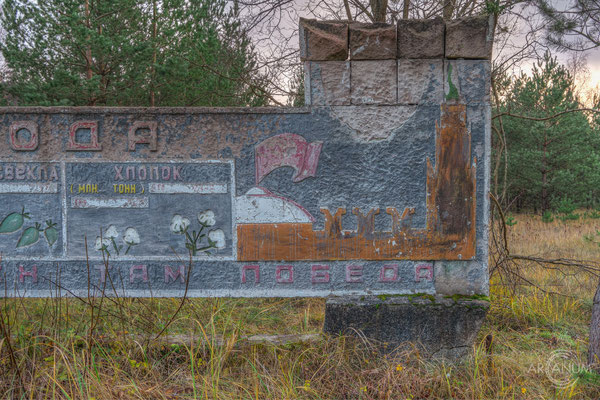 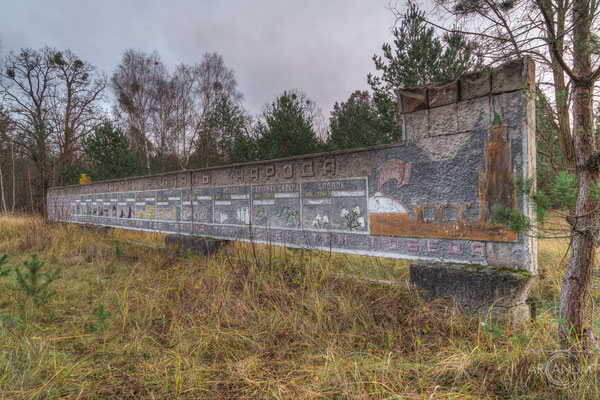 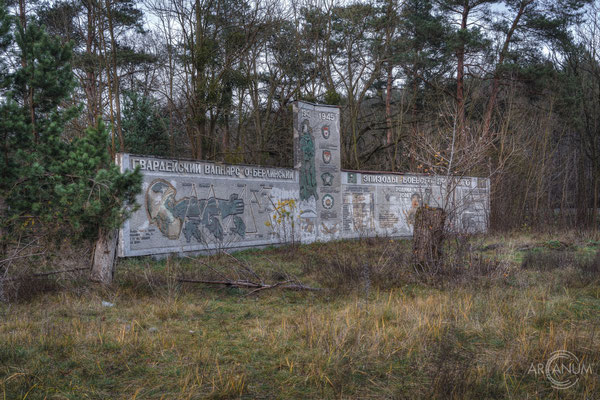 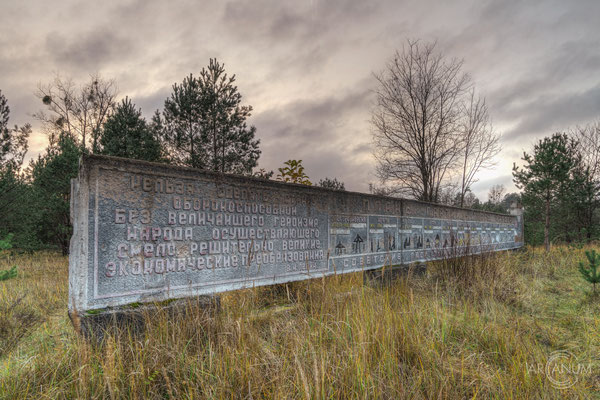 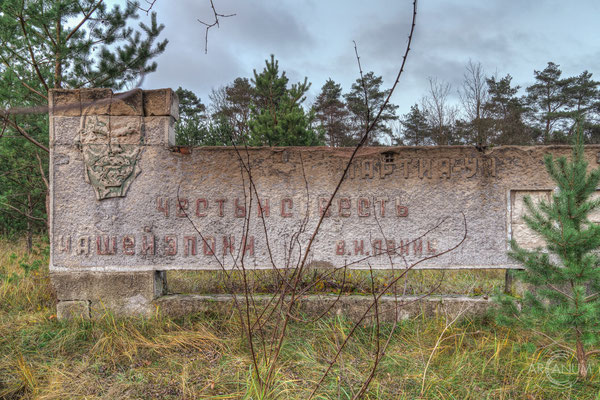