Towards the end of the 1930s, the German "Reichspost" (German Mail) commissioned the  construction of a VLF communications facility that was supposed to ensure the military communication within the Wehrmacht.

Construction began around 1939, but at some point the completion of the complex was no longer deemed necessary, the project was cancelled in September of 1941. At that point, only one of the bunkers had been completed, but the technical facilities have never been installed.

Of the other two planned radio towers, only the base plate was ever built. Since the facility was never completed, the Allies also put no emphasis on its removal. Thus, over the years, only for reasons of safety, the remains of tower 2 have been deconstructed, and tower 3 has been completely removed. Tower 1 was walled shut, partly because the local youth had previously used it as an adventure playground.

Today, the structurally completed radio bunker - tower 1 - is in the state that was reached at the time of construction freeze. The entrances are walled up for security reasons. The second tower only shows its foundation. Of the third tower, no traces are visible. 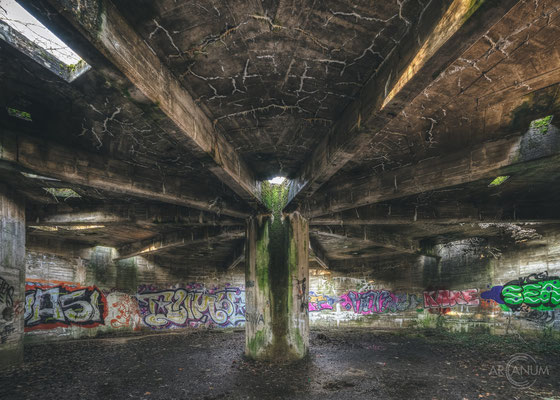 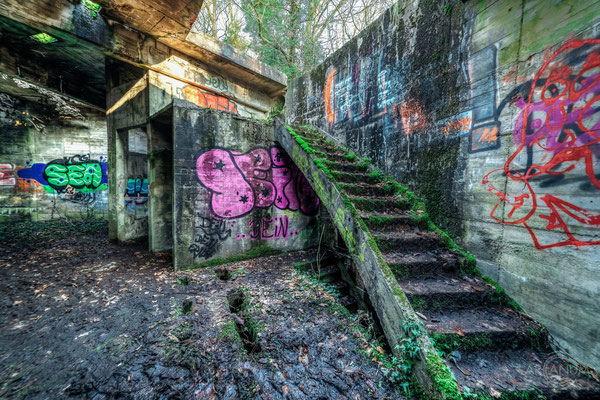 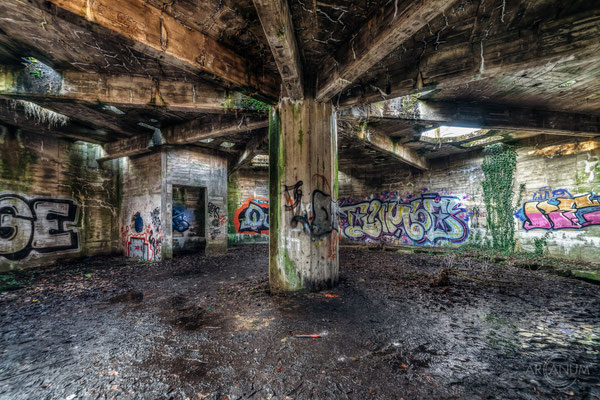 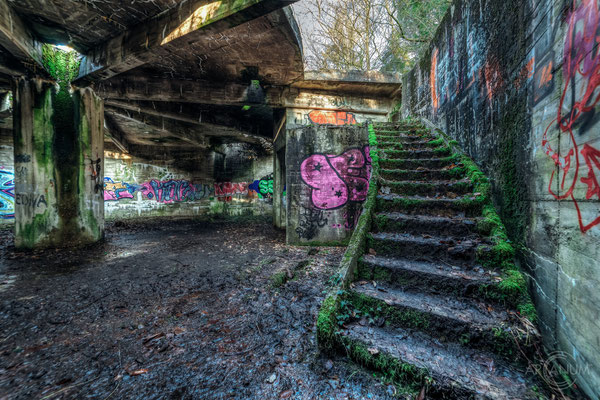 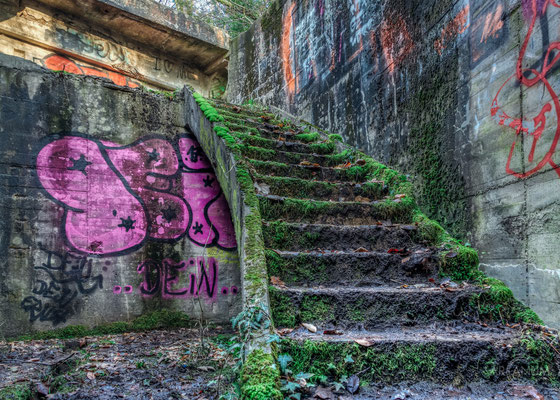 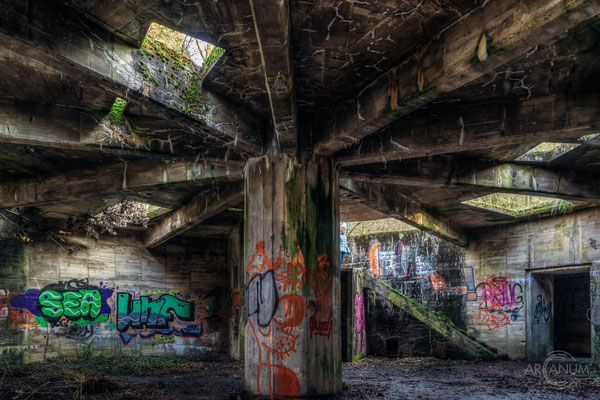 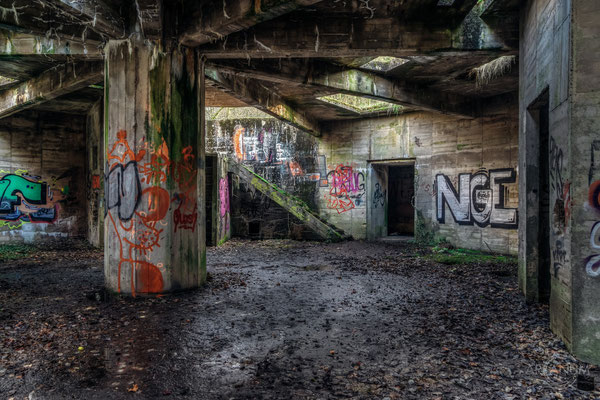 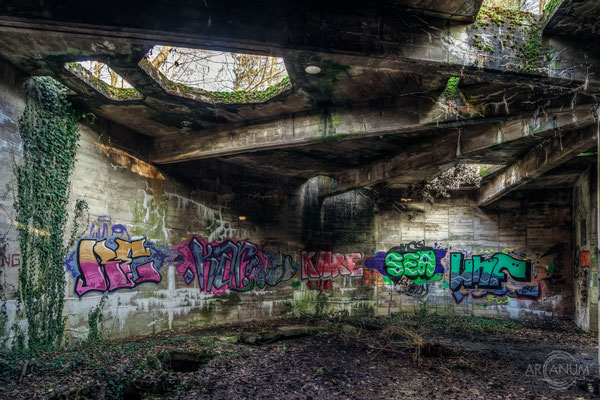 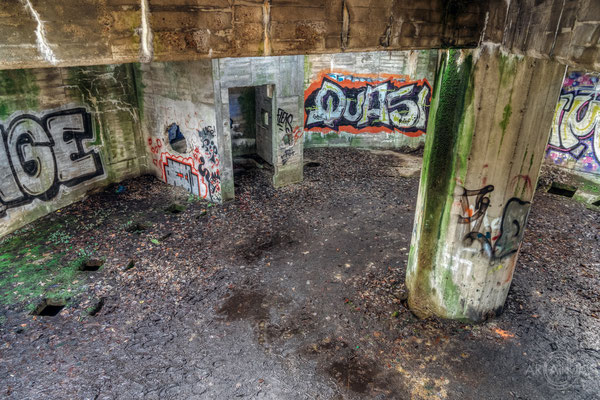 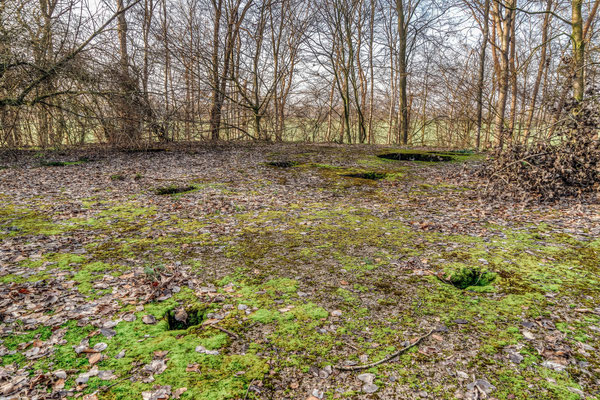