This old ballroom stands right next door to the Ballroom G.

After the community was founded in 1749 by the king of Prussia, Frederick II. the Great, it quickly became an insitution for Berlin's fashionable society around 1800.

When the regatta track was opened in 1880, the place became the center of inland water sports in Germany.

In those days, a lot of resaurants and classy dance halls emerged.

The Ballroom R. was built in 1890, a couple of years before the Ballroom G.

Just as the Ballrrom G., this building belongs to a businesswoman from Turkey who lets both of the buildings rot, presumambly to avoid regulations of monument protection, hoping that the buildings will collapse by themselves so something new can be built at this great and very valuable spot of land.

The scaffolding you can see has been set up by the city of Berlin. Because of the laws for monument protection, the city is responsible for securing the premises and keep the buidling from collapsing. 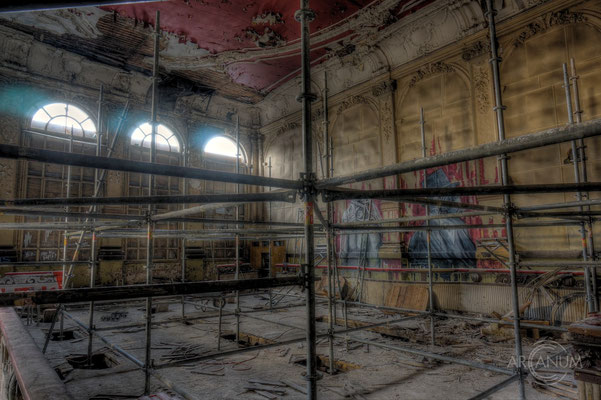 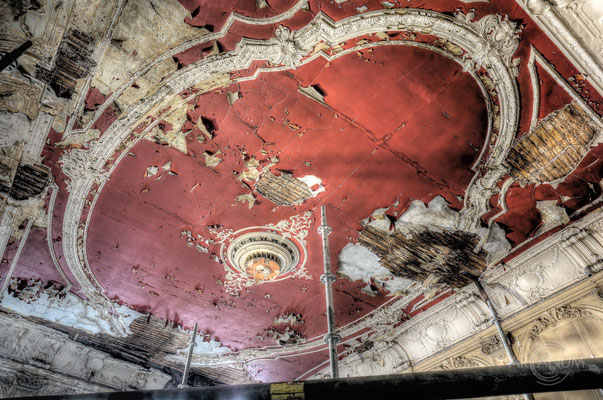 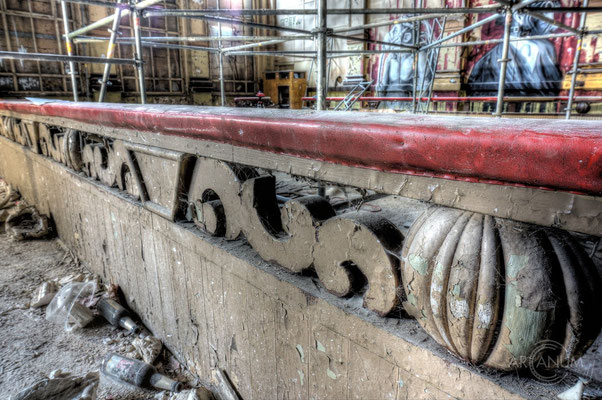 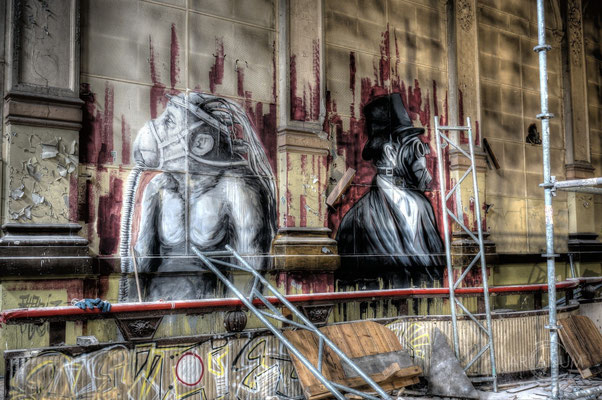 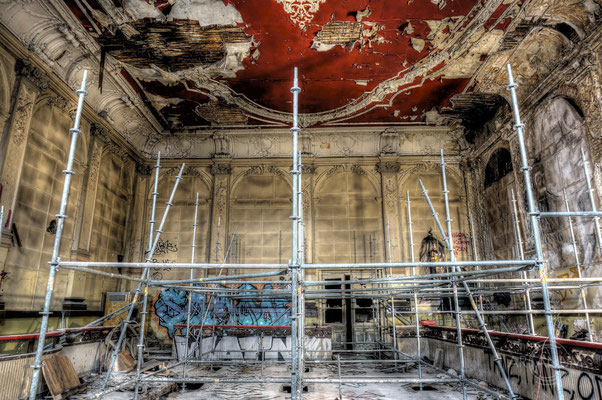