The Doctor's Villa B.

This abandoned villa once belonged to a doctor and his wife. The doctor was in fact the brother of the owner of the "Projectionists House" which is only a short walk down the street.

There is no information as to when the house was built or when it was abandoned. Various finds suggest that it was at least used from around 1920 until the middle of the 1960s.

Due to massive vandalism, theft and decay, the house has been thoroughly devastated, so there are no untouched rooms and only a couple of documents and leftover medicine hint to the fromer use and its duration.

Be carful: The floorboards have partly dissolved over the years and the holes in the floor are difficult to see because of the darkness and all the paper lying around. 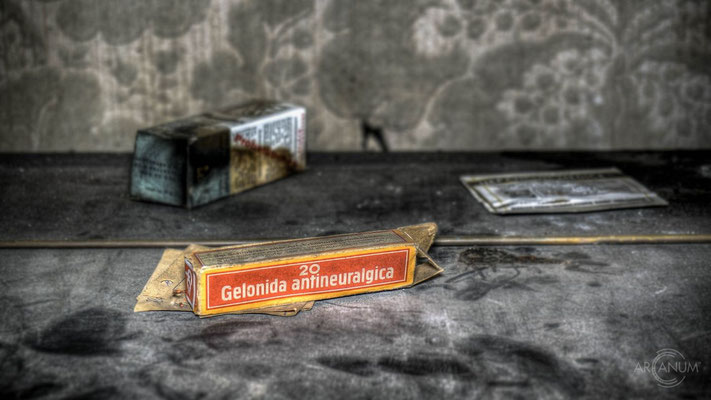 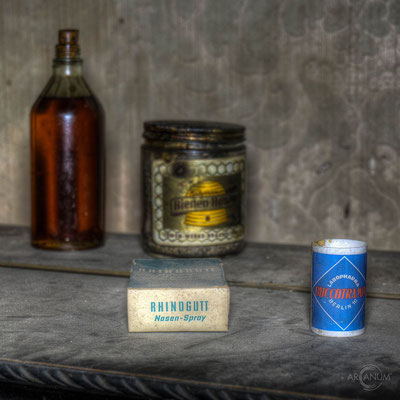 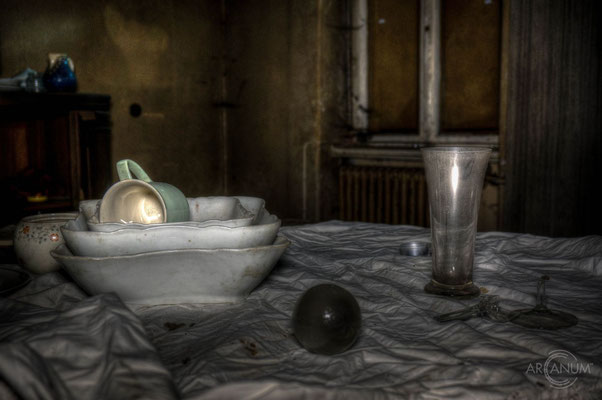 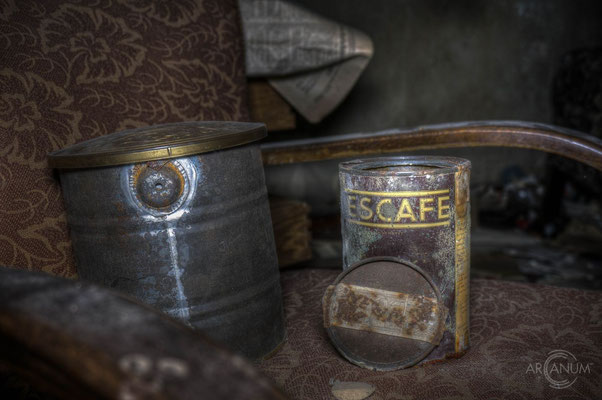 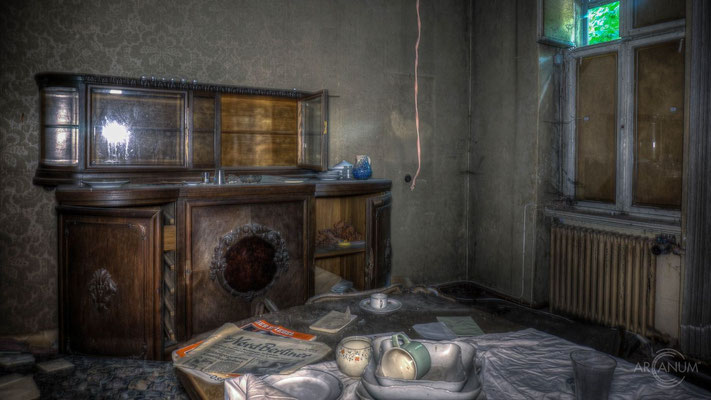 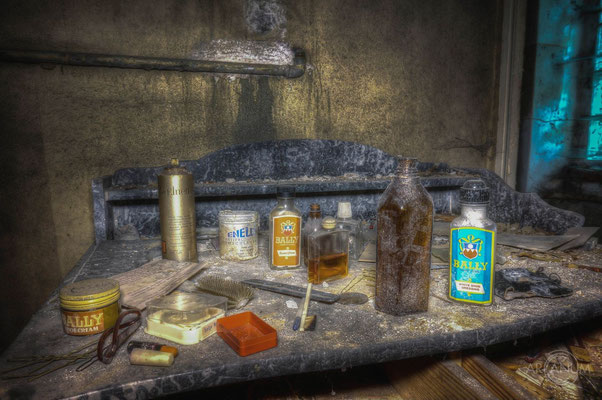 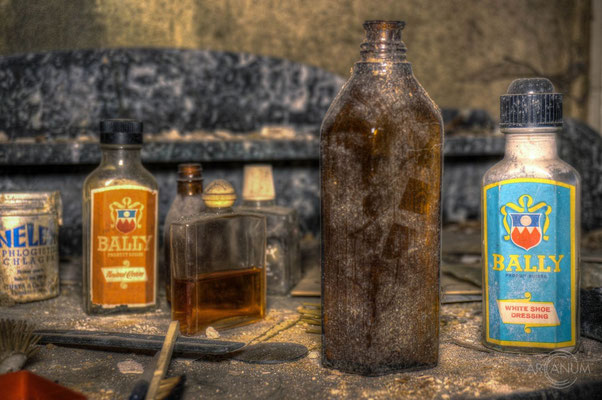 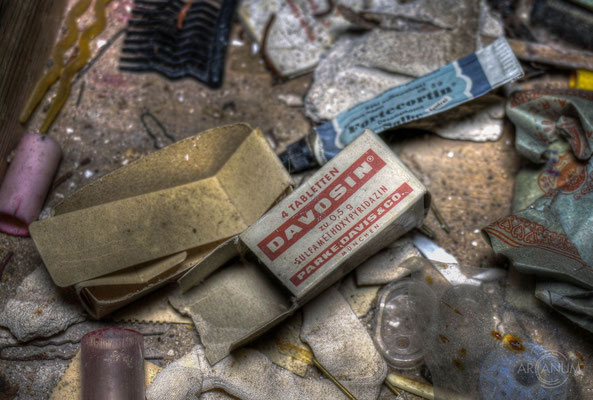 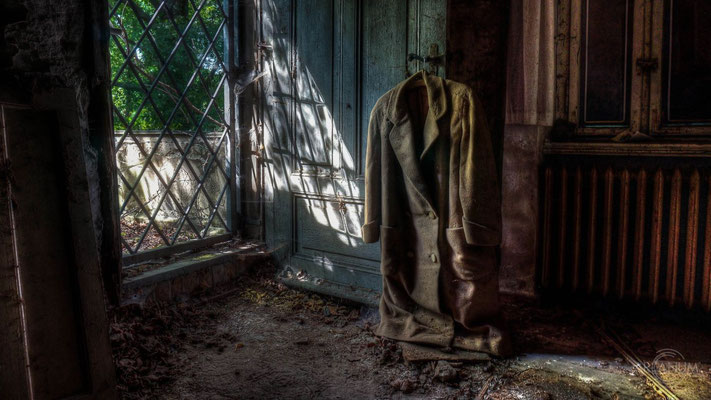 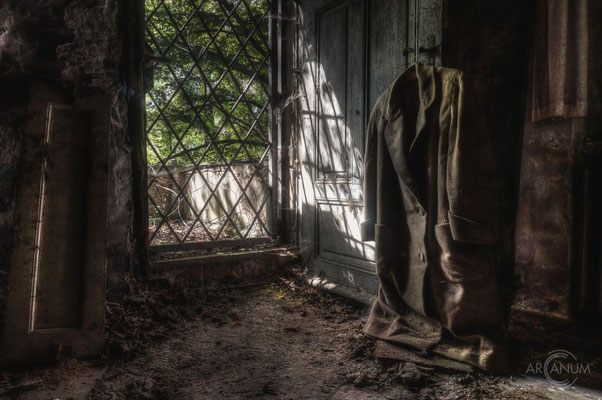 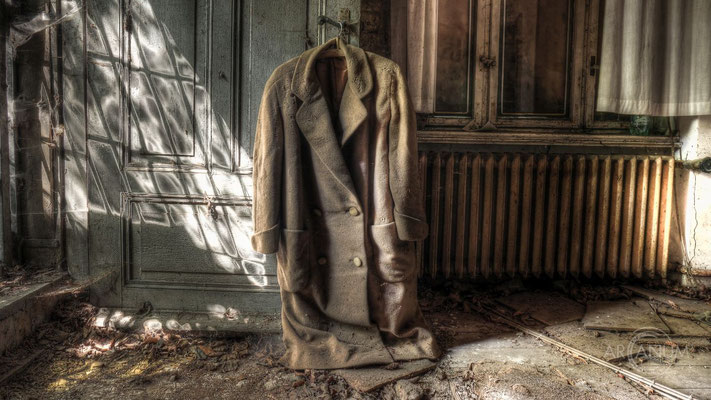 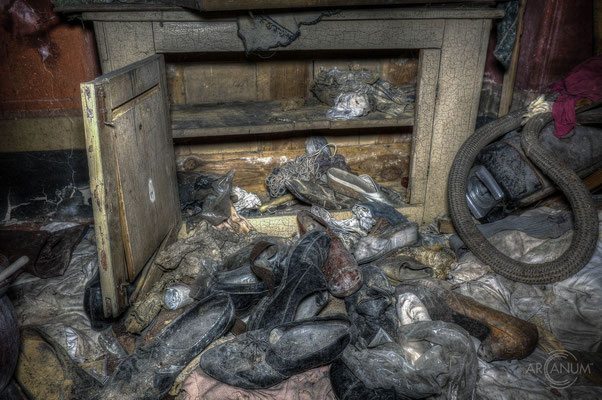 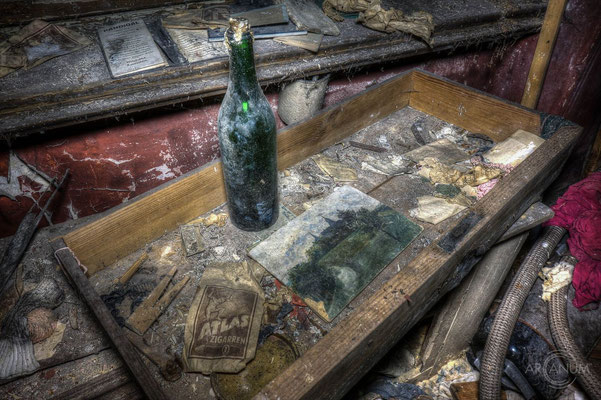 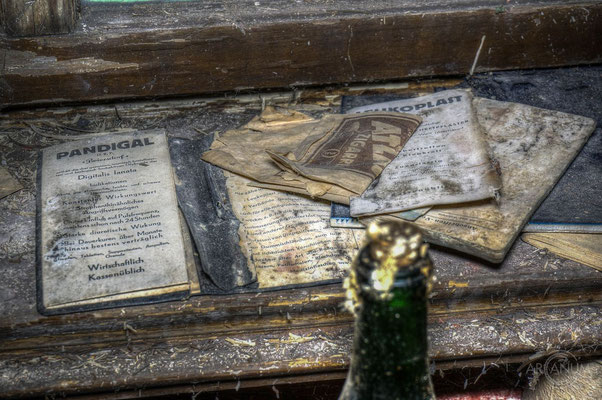 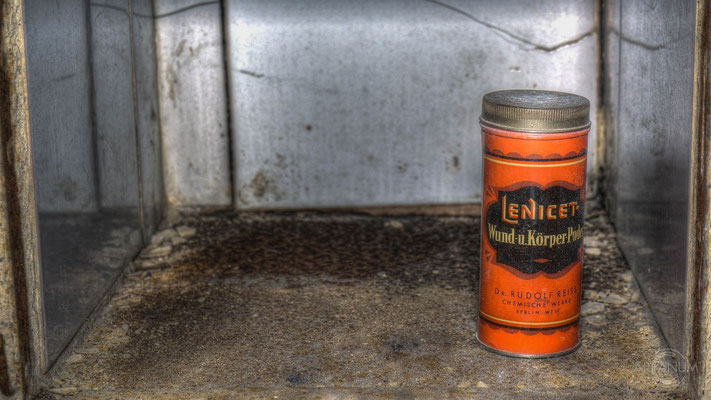 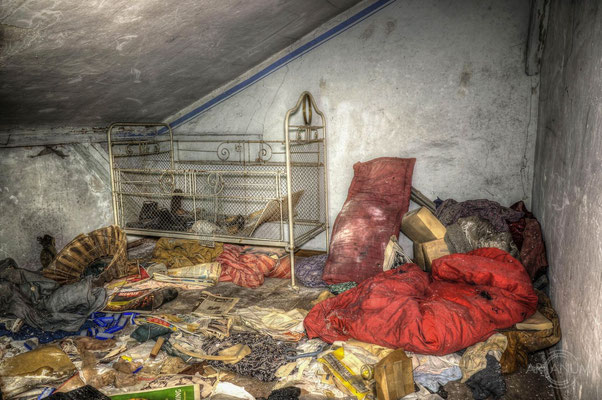 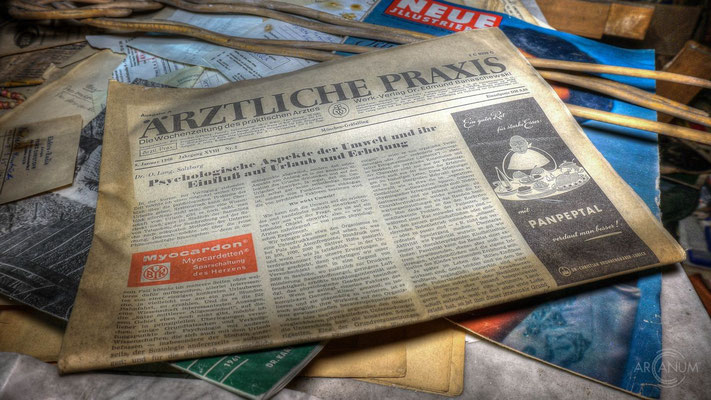 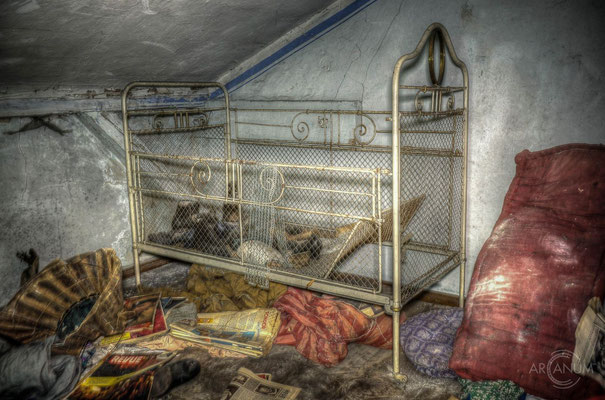 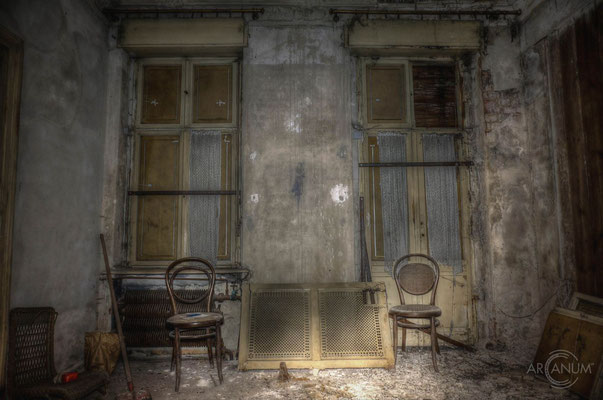 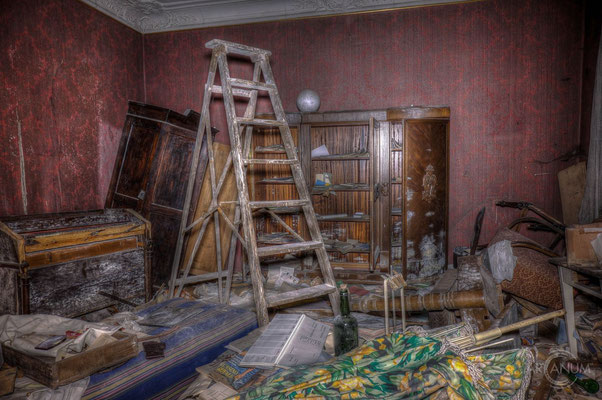 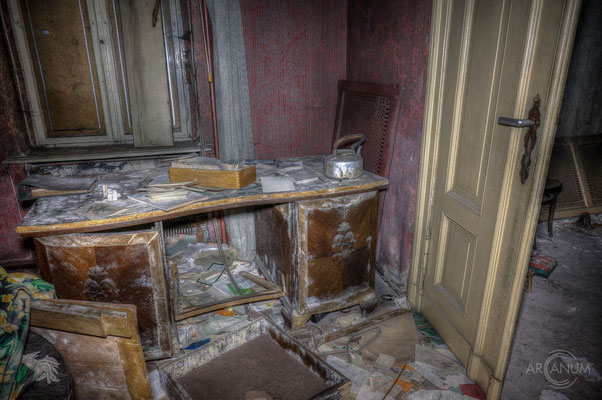 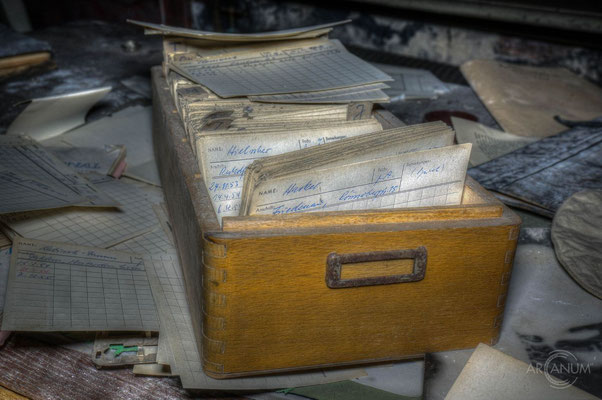 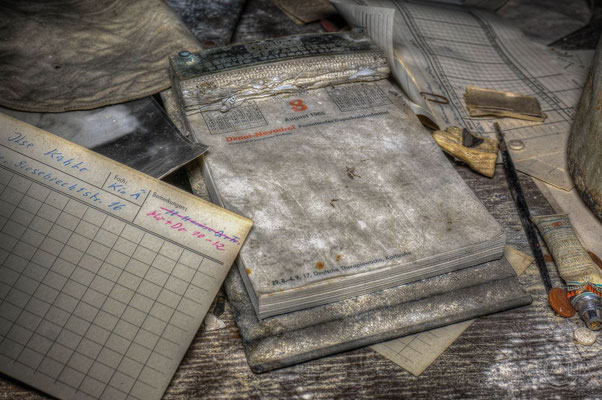 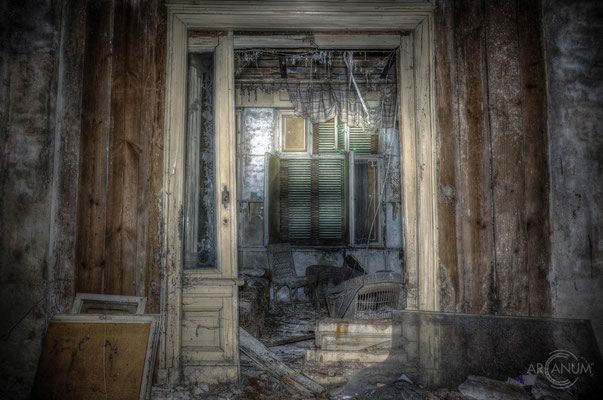 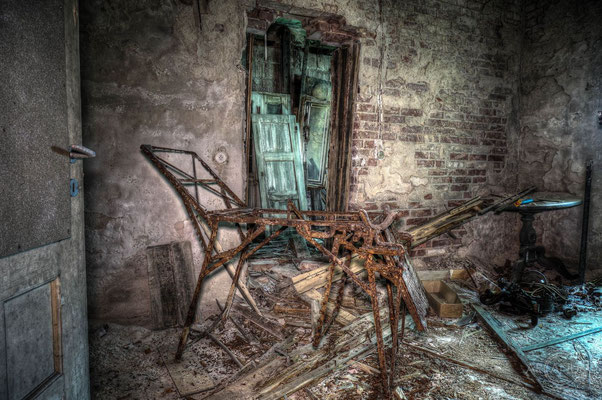 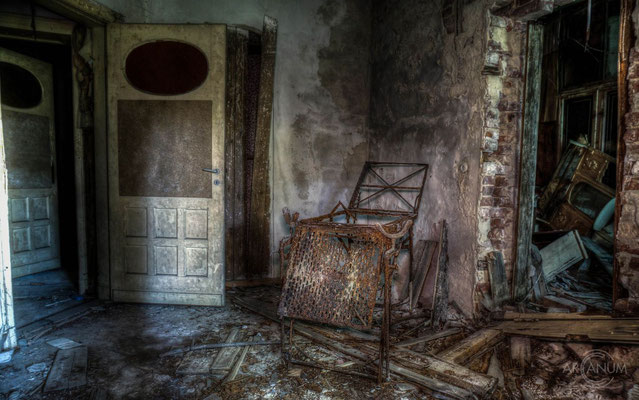