This is the villa that was built by the owner of the mill works of an East German city. It was a large mill operation that produced more than 110 metric tons of flour every day and catered to the needs of the entire city.

The mill works had been acquired by the owner in 1858, and in the middle of the 1870s, the prestigious villa was built.

The mill was closed in the 1970s, and with it, the villa was abandoned.

In 2011, the villa was used as a backdrop for the production of a German TV movie, which is the reason for the Russian letters on the wall.

Parts of the building in danger of collapsing; the floor is full of holes, the stairs are unstable, and according to reports, urban explorers have been injured here. 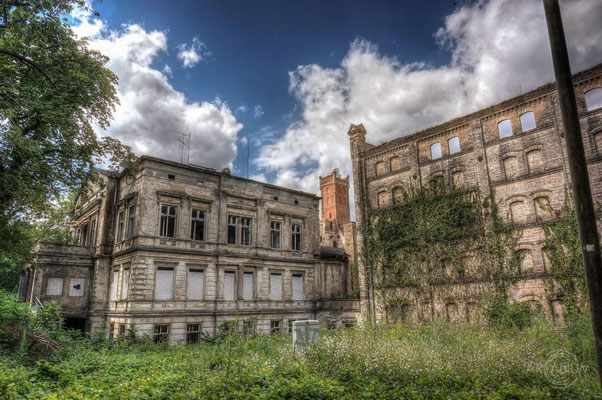 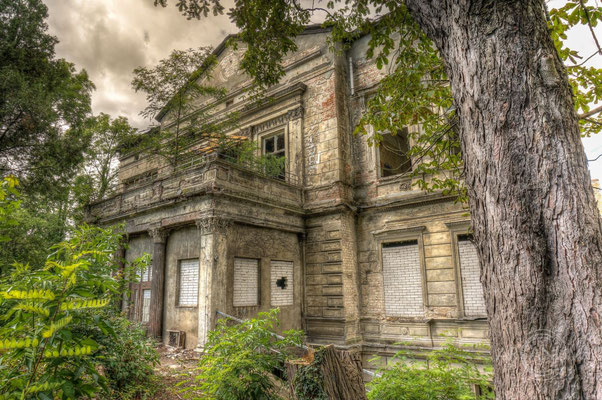 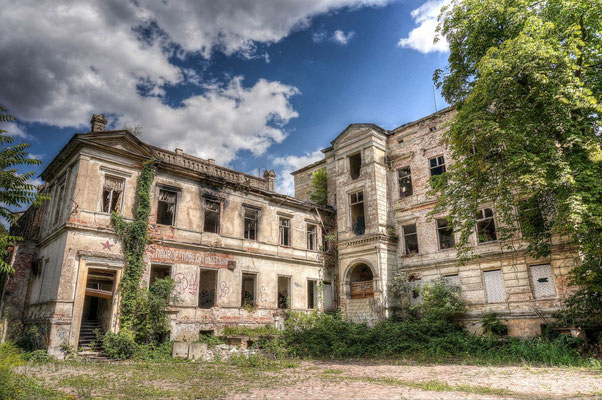 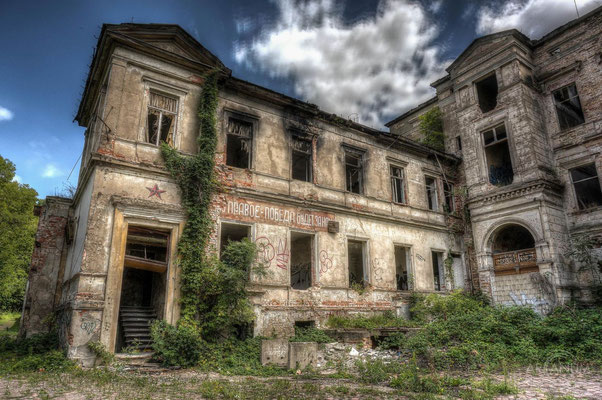 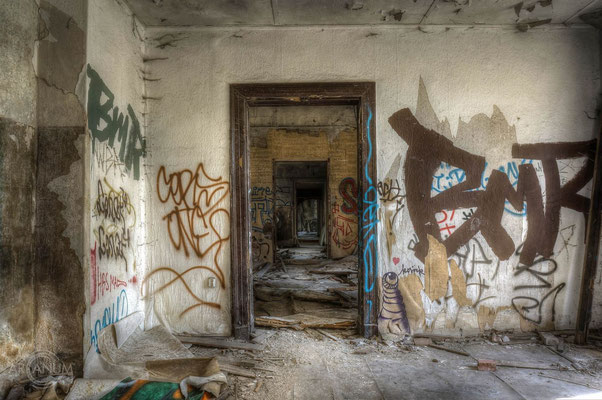 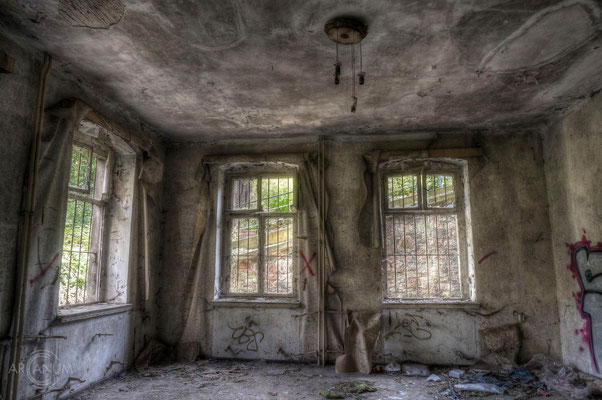 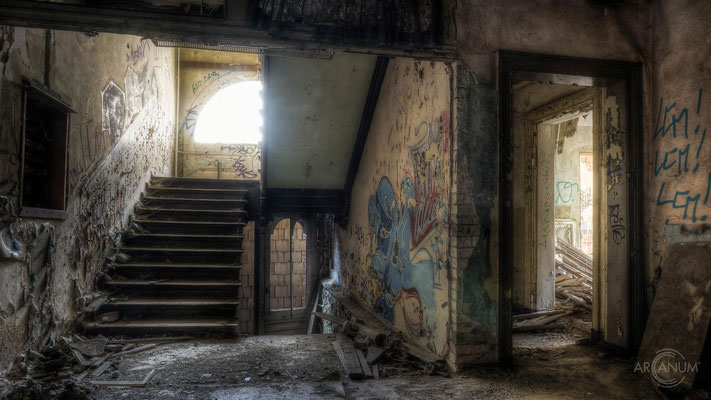 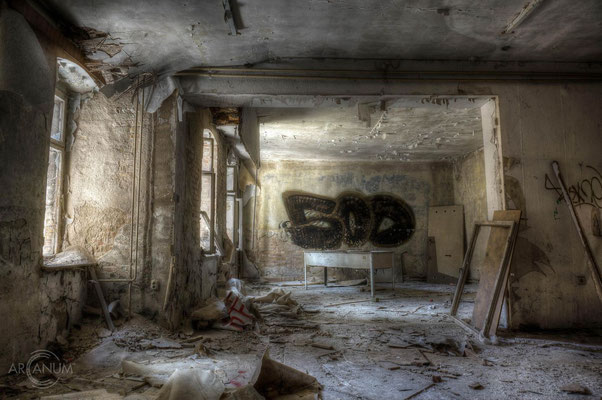 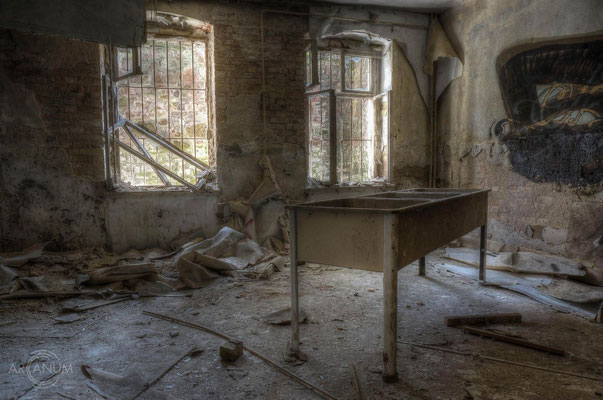 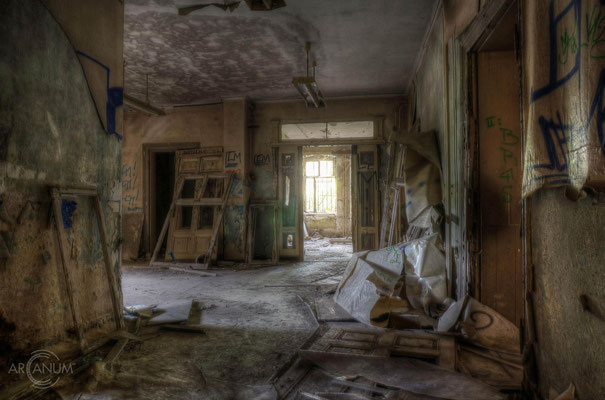 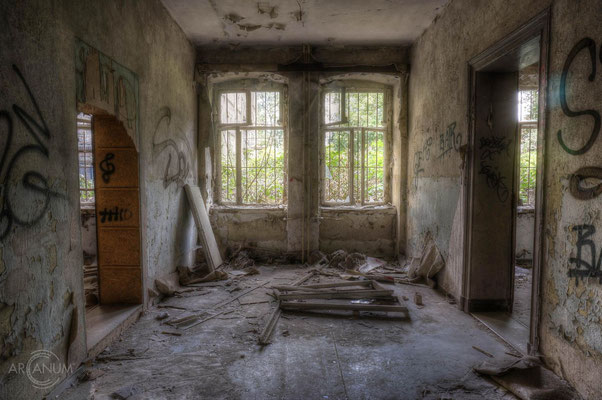 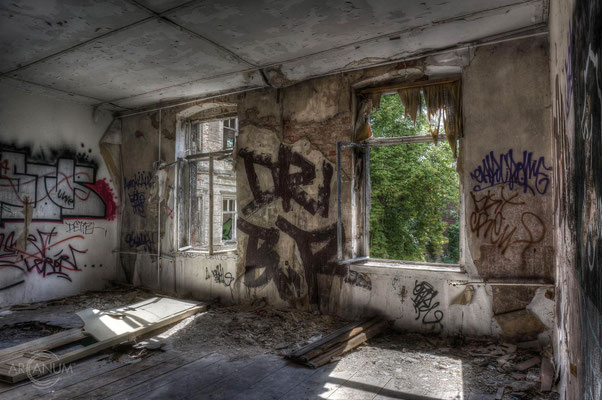 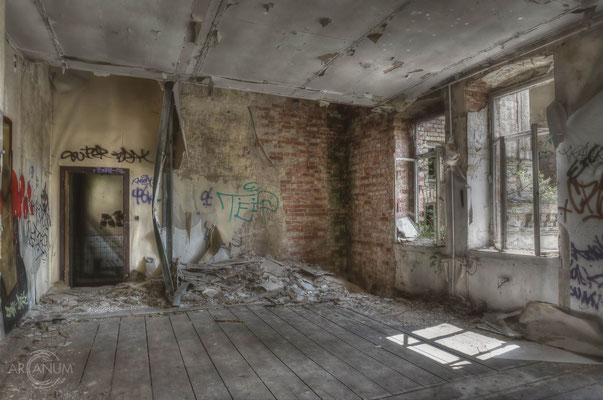